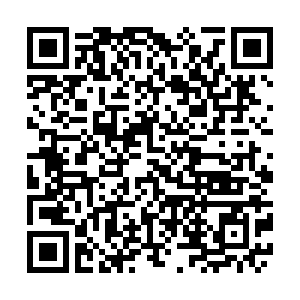 The presidents of China, Russia and Mongolia pledged to strengthen trilateral cooperation during their meeting on Friday.

The trilateral meeting, the fifth of its kind, was attended by Chinese President Xi Jinping, Russian President Vladimir Putin and Mongolian President Khaltmaa Battulga. They reviewed the achievements of trilateral cooperation and discussed priority tasks and directions for the next phase.

As China will celebrate the 70th anniversary of the establishment of diplomatic relations with Mongolia and Russia respectively, trilateral cooperation will meet new opportunities, Xi added.

Facing the rise of protectionism and unilateralism in the world, Xi said the three sides should firmly adhere to regional cooperation and achieve the goal of common development.

With a focus on aligning the three countries' own development strategies, Xi added they should further promote all-round cooperation in all fields and jointly release a positive signal on maintaining multilateralism and building an open world economy. 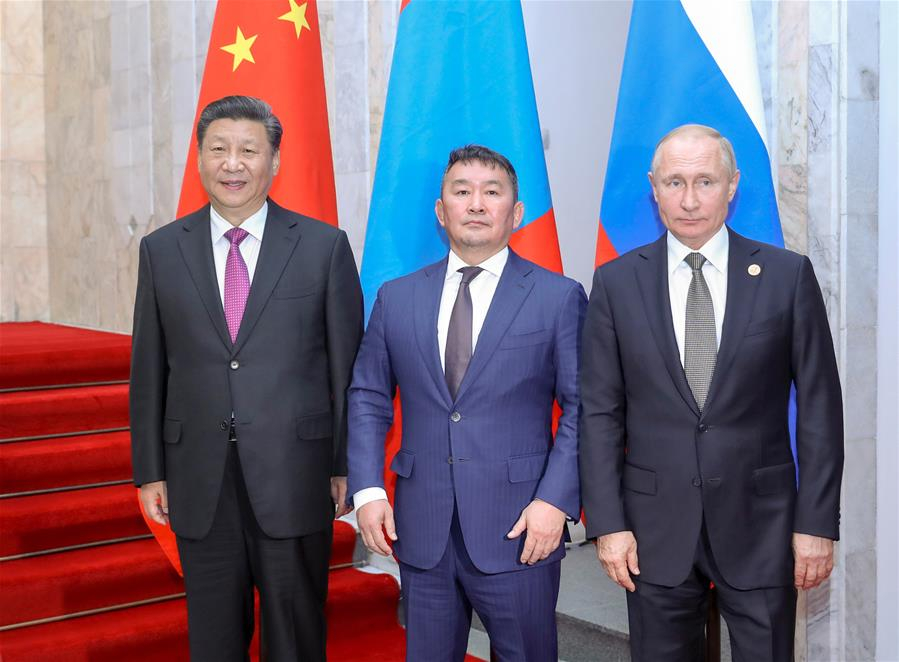 He noted that the three sides should use strategy to guide trilateral cooperation through deepening political mutual trust, enhancing mutual support, respecting the core interests of each other and strengthening coordination and cooperation in regional and international affairs.

The three countries should push the construction of the China-Mongolia-Russia economic corridor, promote upgrading and transformation of key ports, and strengthen sub-regional cooperation in the adjacent areas of the three countries, he added.

The cooperation and coordination within the framework of the SCO should be expanded, said Xi.

The level of Mongolia's ties with the SCO should be lifted and the country is welcome to participate in SCO cooperation in a more in-depth way, said Xi.

Putin said that Russia is committed to deepening the trilateral relations between China, Russia and Mongolia on the premise of mutual respect and mutual benefit, and is willing to fully participate in strategic partnerships including the Eurasian Economic Union (EEU), the Belt and Road Initiative and the planning of the Mongolian Steppe Road Program.

The three parties should work together to strengthen cooperation in the transportation, trade, energy and finance industries, Putin added.

Battulga said that it is Mongolia's unwavering stance to strengthen the friendly and cooperative ties with China and Russia.

Mongolia is committed to facilitating the "Mid-term Roadmap for Development of Trilateral Co-operation between China, Russia and Mongolia" as well as the construction of the China-Mongolia-Russia Economic Corridor, he said.