Forest at Fingertips
By Chen Ran 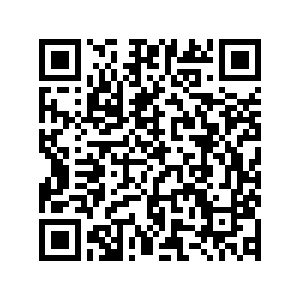 Editor's note: June 17 marks World Day to Combat Desertification and Drought. As the world's most populous country, China has made continuous and impressive efforts in saving the environment in recent decades. In this episode of "Come Together" series, we look at the Ant Forest, a virtual-turned-reality tree planting initiative that planted 100 million real trees and involves 500 million people. 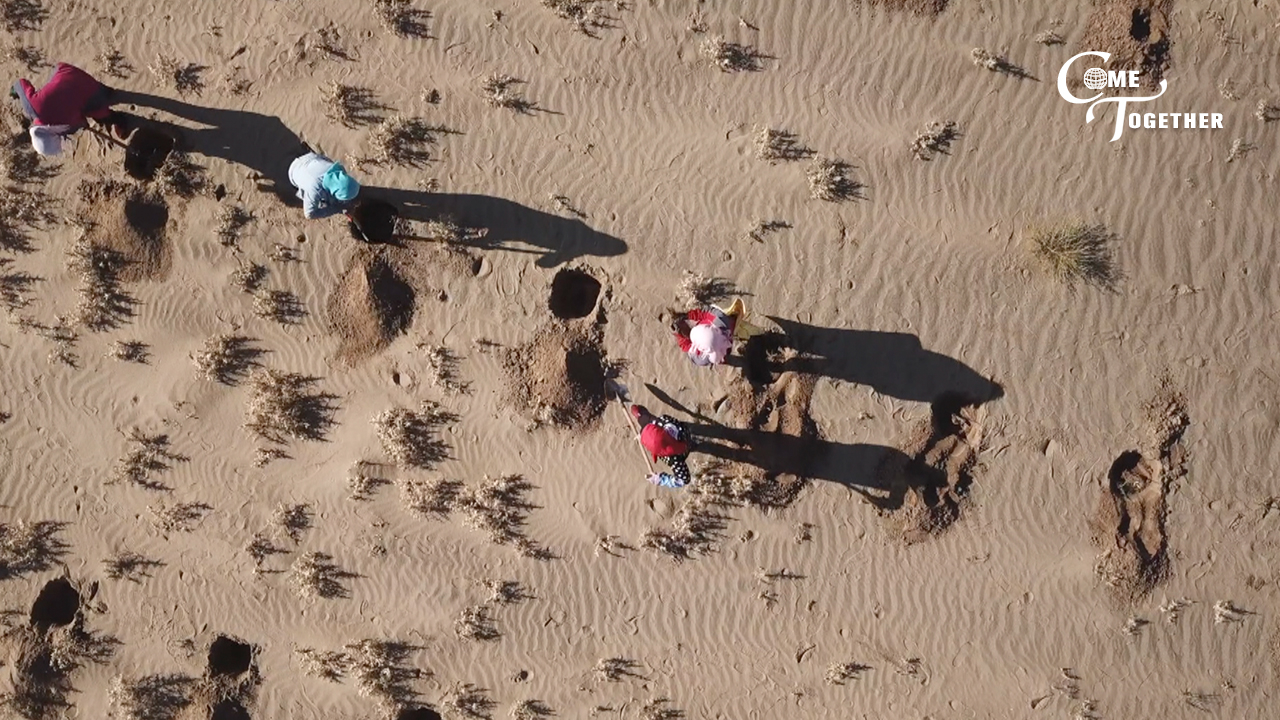 Every morning, students at Suzhou Institute of Construction and Communications in east China's Jiangsu Province get up on time to collect "green energy" on their mobile phones. Once enough "green energy" has been collected, a virtual tree can be planted in the Ant Forest App. In the meantime, Ant Forest and its philanthropic partners will plant a real tree in China's arid areas with most of the funding provided by Ant Financial.

Every spring since 2017, Ant Forest organizes a tree planting tour in one of these arid areas for users to experience how the virtual trees on their apps are converted into real ones.

"Green energy" can be generated by adopting a low-carbon lifestyle, such as paying utility bills online, walking or cycling to get around, or even by transferring points between friends. To earn more energy, the students collect their points first thing in the morning, when "green energy" is "ripe."

"It (the app) has totally changed students' lifestyle. Now they get up earlier and become more energetic and cheerful," Li Jiang, a teacher at Suzhou Institute of Construction and Communications, told CGTN.

In Li's school alone, more than 5,000 staff and students have joined Ant Forest since March 2018. They have planted 101 Scots pines in total.

Ant Forest invited Li and his student Li Yongkun to the spring planting in Dunhuang in northwest China's Gansu Province, some 3,200 kilometers away from their school, on April 22.

"The energy we have gained in daily life has now paid off, and we are finally here to plant a real tree!" said Li Yongkun at the tree planting spot.

Kyle Obermann, a 27-year-old American photographer dedicated to ecological protection in China, is also a long-term fan of Ant Forest.

"The plant, which is called Suosuo (saxauls) in Chinese, only needs to be watered three times a year. This is what I heard, which is pretty incredible," said Obermann. "It just shows that using local species in the desert is the way to go."

Professor Zhang Kebin from Beijing Forestry University, who was also at the tree planting, said, "Theoretically, shelter forests could protect an area which is 10 times bigger than themselves."

"A single tree may be small, but if we develop a vast forest, it will be very effective to stop desertification," he said.

The real trees planted by the users through Ant Forest are looked after by professional forest rangers. From August 2016 to April 2019, Ant Forest has gathered the strength of 500 million people and planted 100 million real trees in China, covering an area of 900 square kilometers, even bigger than New York City, and cutting 3 million tons of carbon dioxide.

According to a report on China's carbon market released by the UN Development Program in 2017, Ant Forest's technological innovation, based on digital finance, has provided a unique solution to environmental problems and is seen as a great example for the rest of the world.

The globe has become greener than it was 20 years ago, according to NASA, and China and India can take one-third of the credit. For China, 42 percent of its contribution come from afforestation projects. The Ant Forest is the world's first large-scale project to combine individual low-carbon behavior and carbon management.

Through "planting trees via phones," more people are actively engaged in this cause. It will have profound implications for reducing soil erosion, air pollution and promoting personal contribution to the global response to climate change.

"Hopefully, I can come back in a couple of years, and it will be all saxauls," said Obermann. "There are locals digging ditches. It's almost like farmland, but instead of crops it's all native saxaul plants, so it's really cool to be part of this."