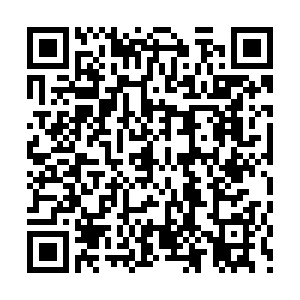 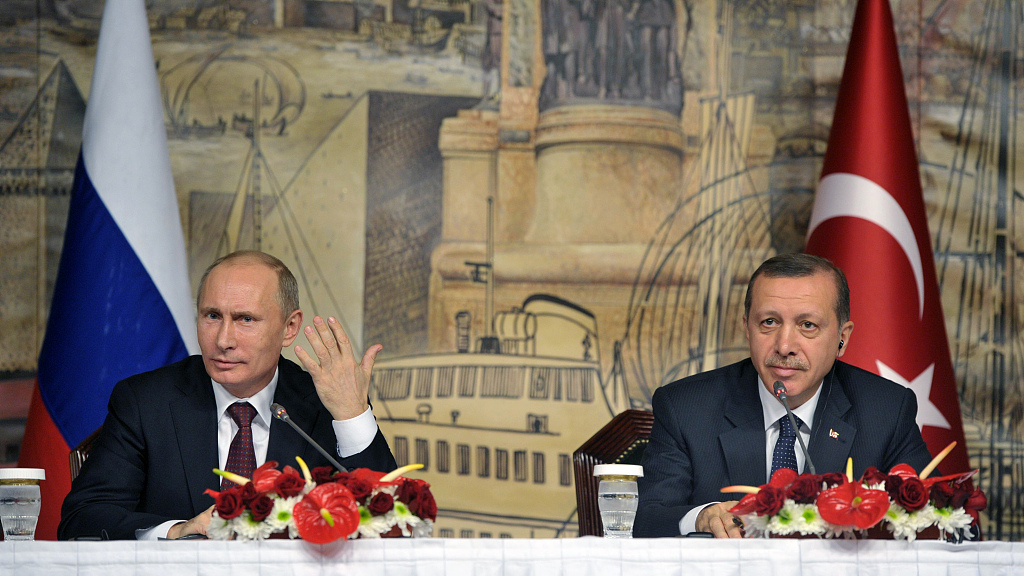 In this century, a new specter is haunting the United States and the results down the line are ever less pretty. It is no longer the specter of endless trade and tariff standoffs with friends and foes that continue to be a failed crusade for President Donald Trump and pro-Trump populists. It is the specter of the failure of the U.S. to monopolize the international arms trade that reigned supreme for decades until NATO allies like Turkey began purchasing S-400 missile air-defense systems from Russia.

Amid this new extraordinary row and despite the fact that President Recep Tayyip Erdogan says Turkey is willing to also buy U.S. Patriot missile system, Trump retaliated by terminating the preferential trade agreement which had provided Turkey with partial tax-free access to U.S. markets for decades. 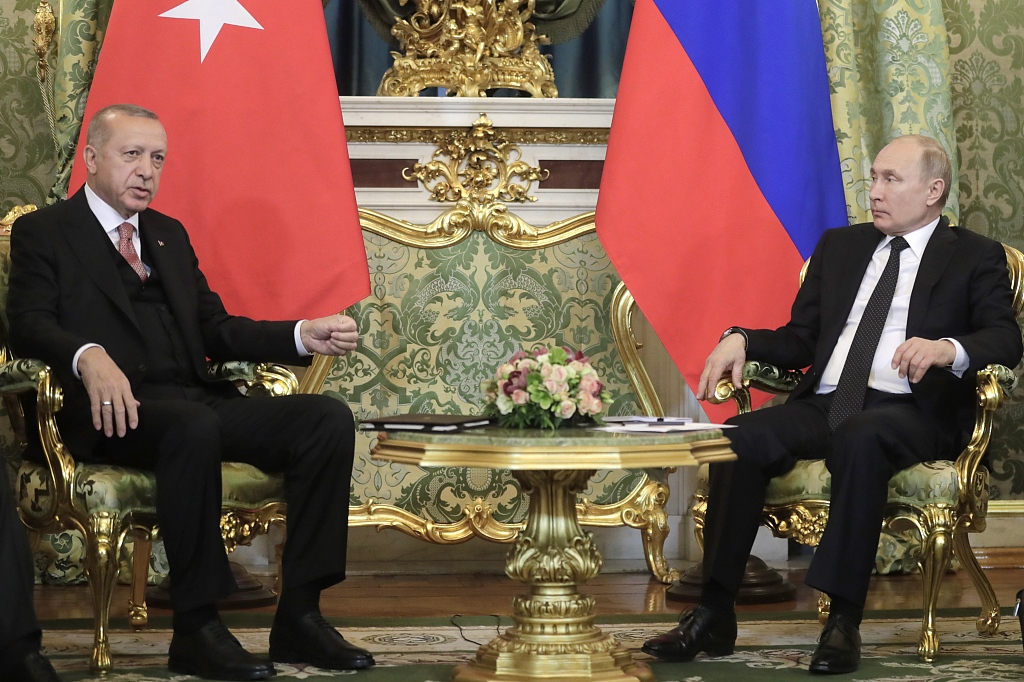 There are industrial implications as well. The Pentagon cabal has gone a step further, saying the S-400s are a threat to its F-35 fighter jets and Turkey would be excluded from the program. Washington has threatened Turkey with sanctions, with plans to slash duties on Turkish steel imports.

Turkey, of course, is not sitting on its hands and doesn’t give a toss if this could enable Moscow to glean all sorts of useful intelligence against NATO. Ankara says it will retaliate against U.S. sanctions over its deal with Moscow. Defending the purchase, Foreign Minister Mevlut Cavusoglu says Turkey will choose its defense equipment. President Erdogan has also said "the S-400 is coming in a short time" despite Trump’s bizarre tweets and statements.

Turkey’s planned deployment of Russian S-400 missile defense system is set to challenge the F-35 program to which Ankara has contributed over one billion U.S. dollars. The Pentagon generals are concerned because S-400 is designed to shoot down the F-35.

Let’s be clear. Turkey’s S-400 purchase is a done deal under international law as its F-35 jets are yet to leave U.S. soil. Turkey joined the program in 2002 and without its participation the program could collapse. This means Ankara has no other option but to buy fifth-generation fighters from Russia as well.

Think of it this way: Turkey won’t bow to U.S. sanctions over its agreement to purchase S-400 surface-to-air missile defense system. This is not temporary. America’s once-formidable global might is going down the drain, and unlike what U.S. Vice President Mike Pence would like to suggest, Turkey cannot be forced to choose whether it wants to remain in NATO or buy the S-400s. It now hardly matters that the U.S. has itself to blame. Many probably don’t remember, but Trump himself once said the U.S. made the mistake not to sell Patriots to Turkey.

There would be days of outraged media attention and interviews with the "concerned" military brass, diplomatic threats of every sort, but the U.S. will fail to force Turkey to terminate the transaction. Like its failed trade and tariff wars, U.S. sanctions and levies on Turkish goods will also fall short, which is not accidental. White House isolationists and Pentagon officials cannot interpret the new macro-level global developments. The decline of American influence, an increased awareness of Trumpism, and the failed military and trade wars have all worked together to erode America’s position and arms trade monopoly across significant parts of the globe. 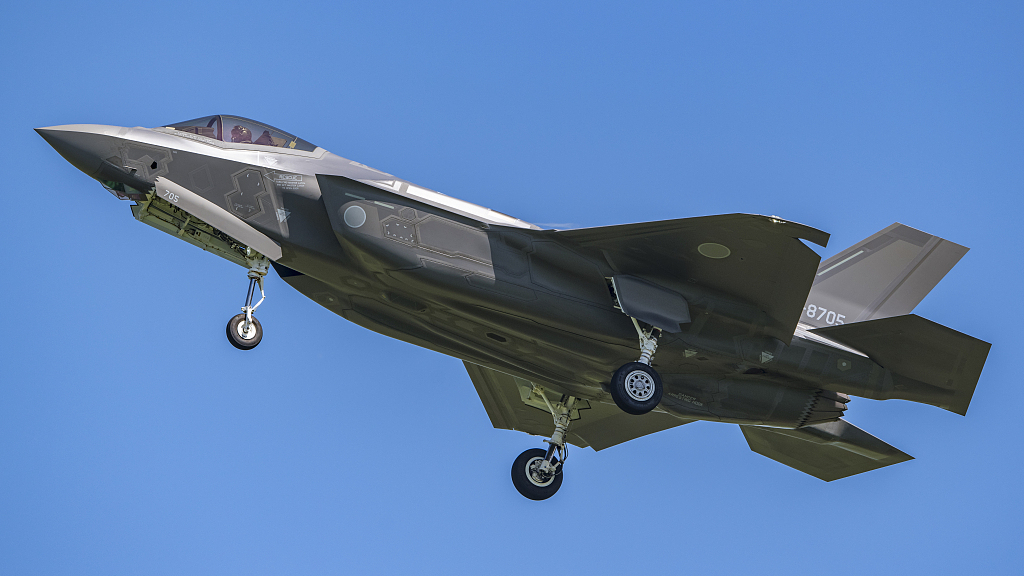 The U.S. can refuse to revise export laws to make it easier to sell military technology abroad, yet most indications suggest that its global decline and isolation will continue for decades to come. Adding extra tension to the mix, this isn't just a Turkish phenomenon, it's distinctly global. Several other countries plan to buy Russian S-400s as well, despite the threat of U.S. sanctions and trade restrictions. As the American arms trade monopoly unravels with unimagined speed, these countries are not mourning its passing either.

Joining Turkey’s chorus of good riddance to U.S. military influence, Saudi Arabia, Qatar, Algeria, Morocco, Egypt, Vietnam and Iraq plan to buy the S-400s. They are in no mood to yield to Washington’s pressure, as the S-400 is the affordable answer to Pentagon’s expensive Patriot and THAAD platforms. Besides, the laws that regulate Russian weapons exports are not a jumbled mess, especially when it comes to dual-use technologies, such as surveillance and detection networks, or complex technologies with military and civilian applications.

There is just one added piece of information that the Trump administration officials and Pentagon generals should know. China and India have also signed purchase agreements with the Kremlin. For all the American diplomatic posturing, India is no longer willing to stick with the cumbersome process of buying weapons from the United States. New Delhi doesn’t want to wait for Washington’s regulatory hurdles. The S-400 has no export restrictions and sales have no political strings attached.

Here, then, is the conclusion. The political temperature in Washington is rising fast and dumping America’s military influence is not a pretty sight for Pentagon accountants. Turkey’s qualified endorsement of Russian platforms stems from motives for adopting independent policies that go hand in hand with its national security and defense doctrine. Washington’s grubby hypocrisy, perpetual falsehood and diplomatic pressure have also failed to stop this growing global trend.