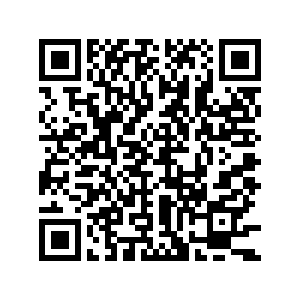 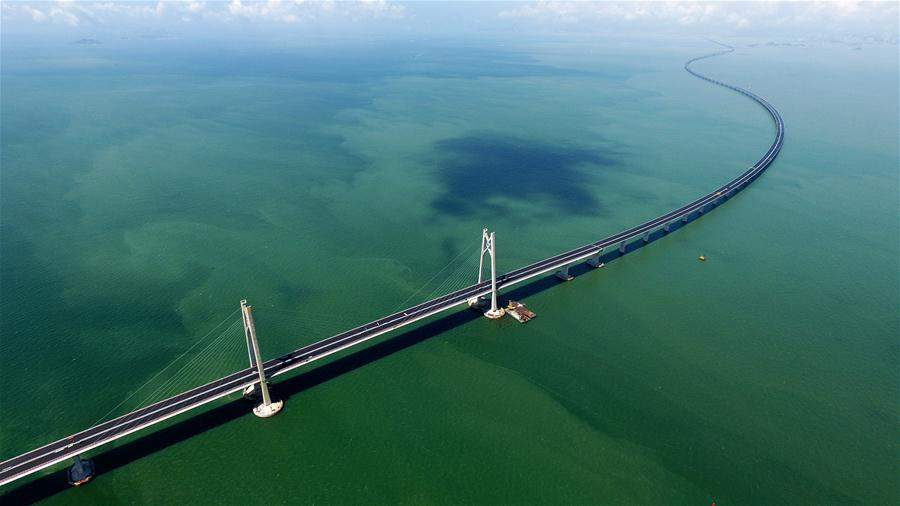 With a population of more than 70 million and a GDP of more than 10 trillion yuan (1.45 trillion U.S dollars), the Guangdong-Hong Kong-Macao Greater Bay Area is poised to build an international science and technology innovation center, coupled with an advanced innovation and start-up ecosystem.

The issuance of Outline Development Plan for the Guangdong-Hong Kong-Macao Greater Bay Area earlier this year has significantly relaxed restrictions on working in the Greater Bay Area (GBA), offering great opportunities for people from Hong Kong and Macao to begin start-ups and get a job on the Chinese mainland.

In the past two years, the Hong Kong SAR has invested more than 100 billion HK dollars in science and technology, aiming to dig into areas of biotechnology, artificial intelligence, smart city development and financial technology.

Since June this year, Guangzhou has officially implemented the first action plan to support Hong Kong and Macao youth development in the GBA, facilitating internship, exchanges, employment and entrepreneurship. Guangzhou also plans to set up a Hong Kong and Macao Youth Venture Fund with a total of one billion yuan, with a focus on the start-up projects.

The Hong Kong and Macao Affairs Office, the Home Affairs Bureau of the Hong Kong and the Youth Development Committee jointly launched the GBA Internship Program in 2015, providing more than 1,000 internships for Hong Kong youth. Many of the companies that offer internships are among the world's top 500 companies. 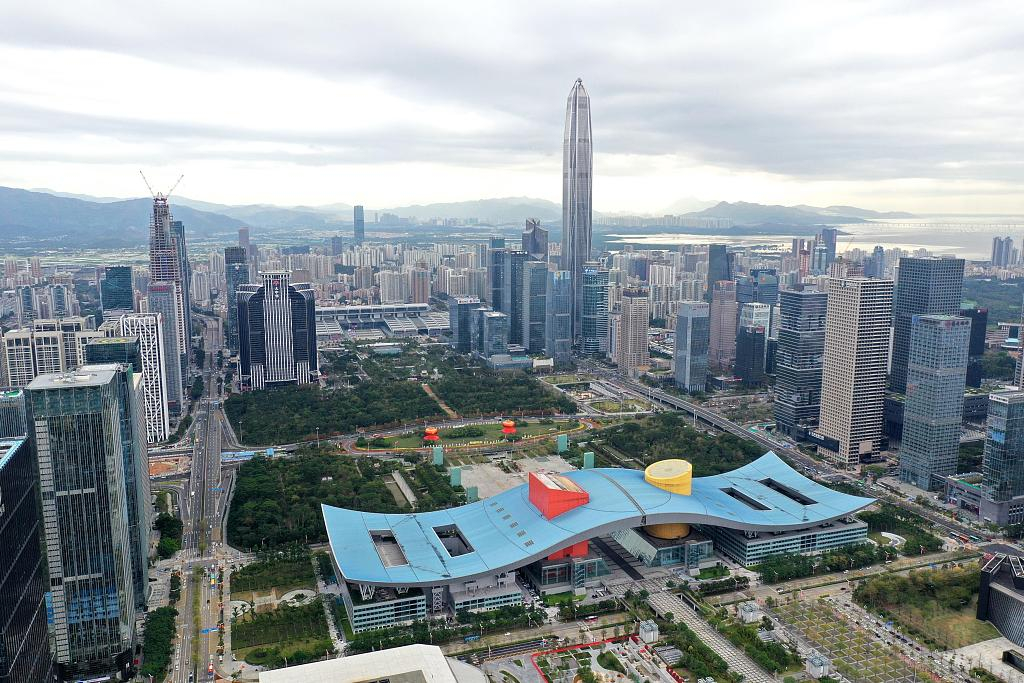 Information and technology exchanges have become easier for job-seekers, as the GBA provides entrepreneurs with new opportunities in tapping job potentials.

Wu Zhongjia, who has been in the architecture and engineering field in Hong Kong for more than 40 years, has participated in a slew of building projects of Shenzhen.

"Thanks to a more interconnected network of people, finance, information, exchanges and cooperation in this area would be enhanced and then make the building industry here more competitive," Wu told Xinhua.

There are already 340 start-ups in the Qianhai Shenzhen-Hong Kong Youth Innovation and Entrepreneur Hub in Shenzhen as of the end of last year, about half of which were founded by entrepreneurs from Hong Kong and Macao.

"Management here is similar to Hong Kong, with preferential policies for young entrepreneurs such as tax and rent, which is beneficial to start-ups," Lin Hengyi, a tech worker who commutes from Shenzhen to Hong Kong, commented.

Lin said Shenzhen makes it possible to complete the supply chain of his products, thanks to the policy support of the Greater Bay Area.

"The artificial hardware researched in Qianhai can be produced with resources in Shenzhen and then sold to the Hong Kong market," said the entrepreneur, noting that he will try to expand his business on the mainland.

Wu Jiahui, who graduated from a UK university with a master's degree in 2017, decided to start her business in Guangzhou, instead of her hometown in Hong Kong.

Wu's team has created the TimeTable shared office space in Guangzhou, which has public areas and provides a public gym and reading area. Several Hong Kong and Macao youth and entrepreneur teams have settled there.

"[The] Guangzhou government attaches great importance to young people in Hong Kong and has provided support for our entrepreneurship, such as a good business environment," said Wu. 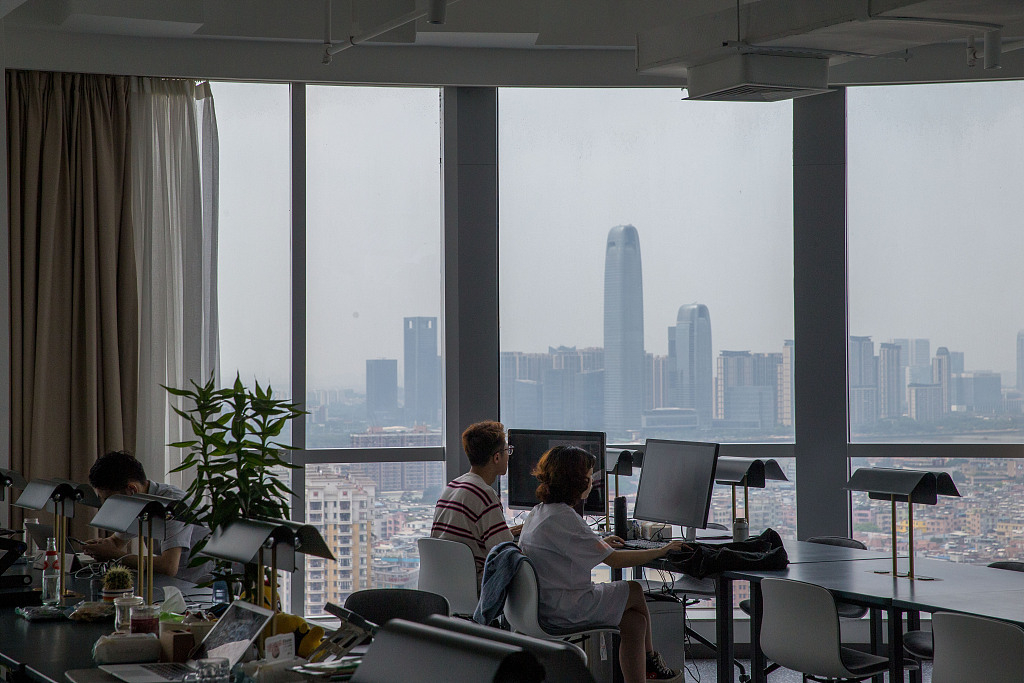 A section of the TimeTable shared office space in Guangzhou. /VCG Photo

A section of the TimeTable shared office space in Guangzhou. /VCG Photo

The GBA's integrated development has stimulated labor mobility; entrepreneurs are benefiting from the influx of skilled workers from different industries.

Li Huiyin is a Macao citizen who was born in Guangzhou in the 1980s. Li started her own business 10 years ago. After founding a fashion magazine, she is now exploring opportunities for entrepreneurship in the GBA.

Noting that before, the cost of labor was barely affordable for Macao's entrepreneurs because of Macao's social welfare and relatively higher income levels, Li said with the development of the GBA, she sees hope for her business.

She said labor mobility is one of the most substantial drivers for the integrated development in the GBA, especially after the opening of the Hong Kong-Zhuhai-Macao Bridge.

"[The] mobility of people is becoming easier," she said. "It sketches a blueprint for the future for the entrepreneurs in Macao."

Huang Jialun, vice president of General Association of Macao Guangzhou Associations, said more people from Macao are now choosing to work in the GBA, commuting daily between the mainland and Macao.

"I am one of them," said Huang. "There will be more people joining us, neglecting the borders of cities."