Washington should start a real dialogue with Tehran
Bobby Naderi 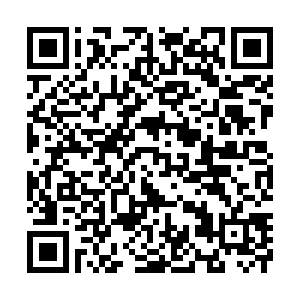 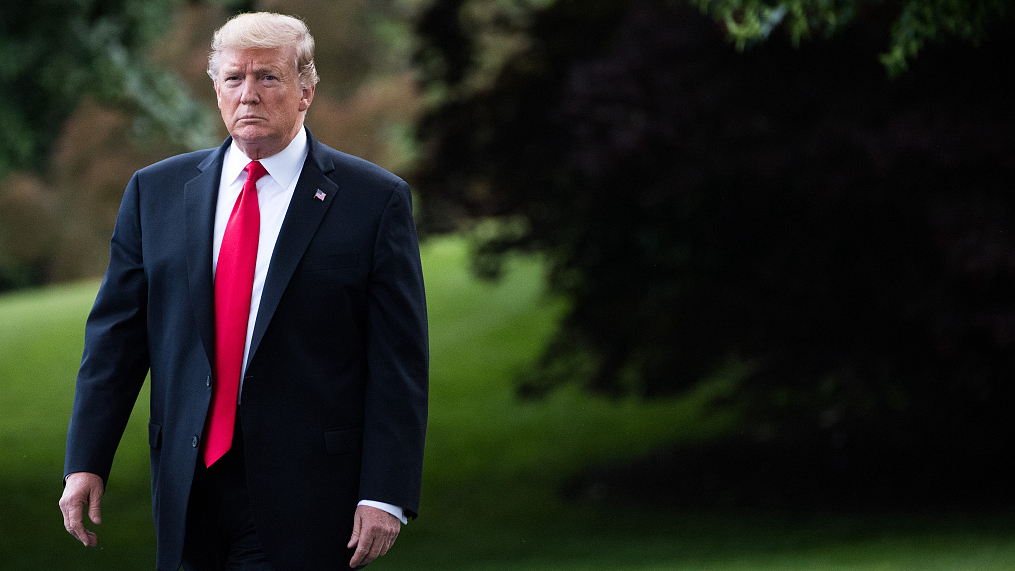 Stuck in a fantasy world, Iran hawks in Washington don’t need to reassure anybody while commander of U.S. Central Command Gen. Kenneth McKenzie revives the U.S. military’s footprint in the Middle East by deploying additional troops following the recent tanker incident in the Gulf of Oman. President Donald Trump has been grappling with a crisis of his own making in the region since he walked out of the nuclear deal in 2018, imposed unilateral sanctions, and applied extreme military pressure on Iran.

As it happens, geopolitical fundamentalists of the Trump administration likewise don’t need to convince Trump to let his fever dream drive policy for a fresh face-off with Iran. That lousy policy has been going on for decades and only worsened recently.

Of course, Iran shouldn’t abandon the nuclear agreement "so easily" in retaliation for the unilateral U.S. withdrawal from the deal, or exceed its uranium stockpile limit and unsettle world energy politics in unpredictable ways. Likewise, the U.S. has lost sight of its interests, and should rethink its unilateral withdrawal, which has put an effective nonproliferation agreement in jeopardy and increased the risk of a new nuclear crisis.

As rightly warned by Chinese State Councilor and Foreign Minister Wang Yi, U.S. deployment of additional troops to the Persian Gulf could open a "Pandora's box" in the Middle East. To the untutored mind, Trump’s global interventions in matters that touch on Iranian economic sovereignty and his reckless and irresponsible deployment of additional troops is provocative, inflames tensions in the Mideast, and risks war with Iran. Even if this is “defensive posture,” the hot air is calculated narrative-spin that won’t scuttle a self-serving deal, much less isolate Iran. 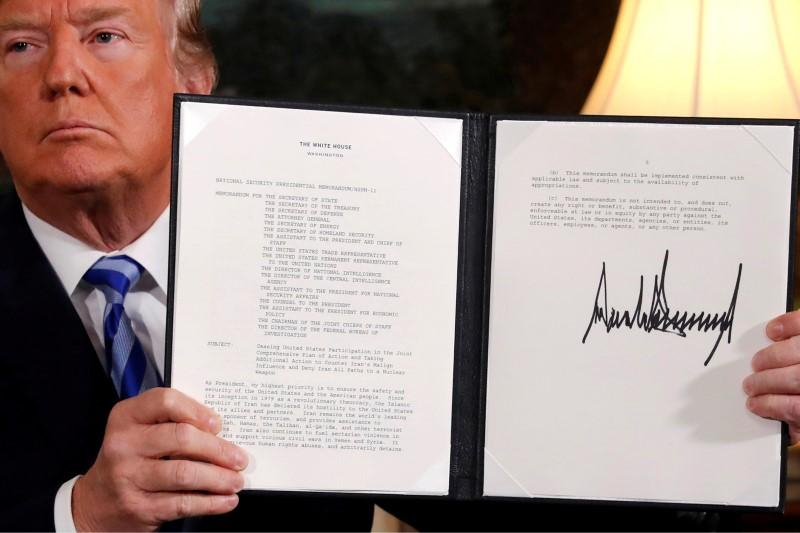 U.S. President Donald Trump holds up a proclamation declaring his intention to withdraw from the JCPOA Iran nuclear agreement after signing it in the White House, May 8, 2018. /Reuters Photo

U.S. President Donald Trump holds up a proclamation declaring his intention to withdraw from the JCPOA Iran nuclear agreement after signing it in the White House, May 8, 2018. /Reuters Photo

The record on that score is straightforward. The crew of one tanker – the Kokura Courageous – say their vessel was hit above the waterline by a flying object. The Trumpsters cannot claim it was limpet mines, which would usually be placed below the waterline.

This is why Russia opposes Washington’s additional troop deployment that may raise tensions in a region where the situation is already tense, and why the European signatories to the deal – France, Germany and the UK - are urging both Tehran to remain in the deal and Washington to develop an effective strategy and start a real dialogue with Tehran.

Above all, Washington should put itself in Tehran’s shoes. The desperate decision to scale down nuclear commitments unless remaining partners to the deal help Iran bypass sanctions is not what some call "nuclear extortion." The decision to breach caps imposed by the accord is a worrying but legal response to Washington’s systematic campaign to deny Tehran any economic benefits from the international accord that was ratified by the United Nations (UN) Security Council Resolution 2231.

Iran is not 10 feet tall and it’s still possible to save the historic accord. Doing so will require Tehran’s continued compliance, and for the remaining parties to facilitate Iran trade and to pressure Washington to return to the deal. This could serve as a foundation for Tehran and Washington to resolve their disputes in places like Iraq, Syria and Yemen as well. 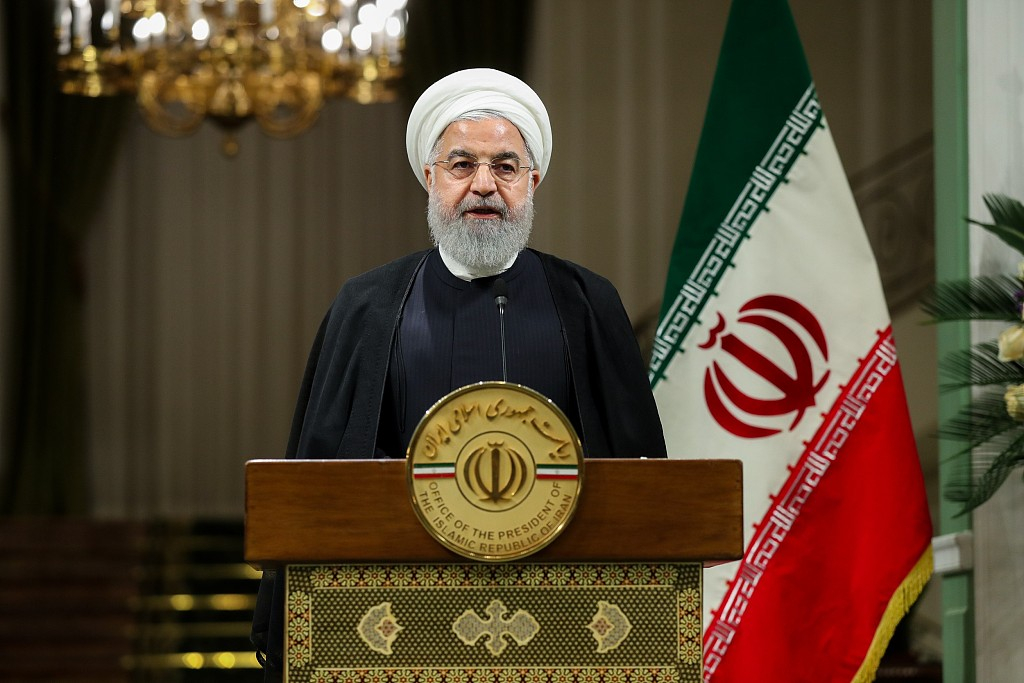 Until that happens, Trump’s petty game of additional troop deployment and isolating Iran will go nowhere. He should reconsider this unilateral policy, because it’s not within his power to end the accord – short of war. The Joint Comprehensive Plan of Action (JCPOA), unanimously ratified by the UN Security Council, is not a bilateral agreement and it is not in the hands of Washington to terminate or renegotiate it with Tehran.

EU Foreign Policy Chief Federica Mogherini says she has received assurances from President Hassan Rouhani that Tehran will remain in the accord. If China and Russia are also determined to save the deal, there is no need for Tehran to panic and violate its terms. If there's a military confrontation, there would be no reason for them to cooperate with the U.S. They would do exactly what would be in their interests, which would be to save the deal.

Trying to make sense of it, the ball remains in Washington’s court which is isolated on this issue by surrounding Iran. That's where the nuclear deal was voided and the manufactured crisis began, and that's where the next big step can be taken toward ending it. Above and beyond, the nuclear accord is a done deal and Iran needs not to violate or renegotiate it. As for other issues in the region, Iran is open for dialogue with Washington and its allies. Iran’s door of negotiation remains open if it is based on equality and mutual respect.

In light of all these developments, if the U.S. is serious about talking, it should stop sending additional troops to destabilize the region and blindly supporting allies with kid gloves in the name of countering Iran, lift the unilateral sanctions, and re-join the JCPOA without driving Iran to the wall, a country that has an actual nuclear program. At this crucial moment, the U.S. should know what its itching for a escalation might do to global oil prices and regional stability.