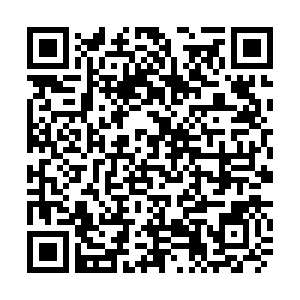 Mention the praying mantis, and the first image that appears in your head must be a green insect with a triangular head, elongated body and a pair of falcate forelegs that seem strong enough to perform kung fu. 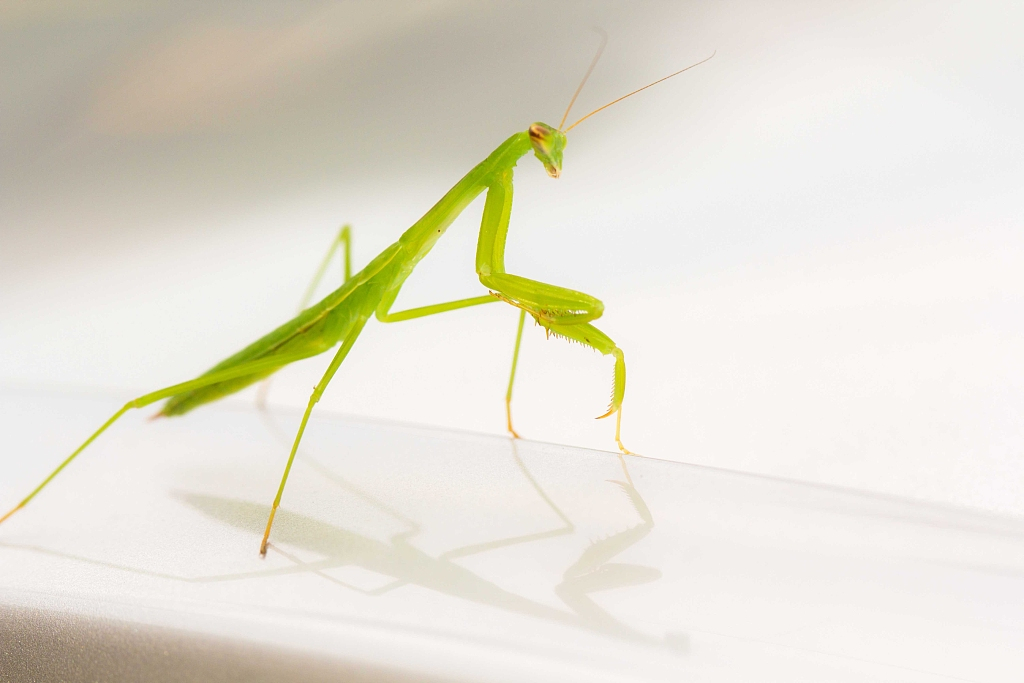 As it frequently appears in forests and grassy areas, the praying mantis is typically green or brown in color.

However, some of these "kung fu masters" have adapted to their unique surroundings and feature an array of colors that allow them to hide and hunt effectively. 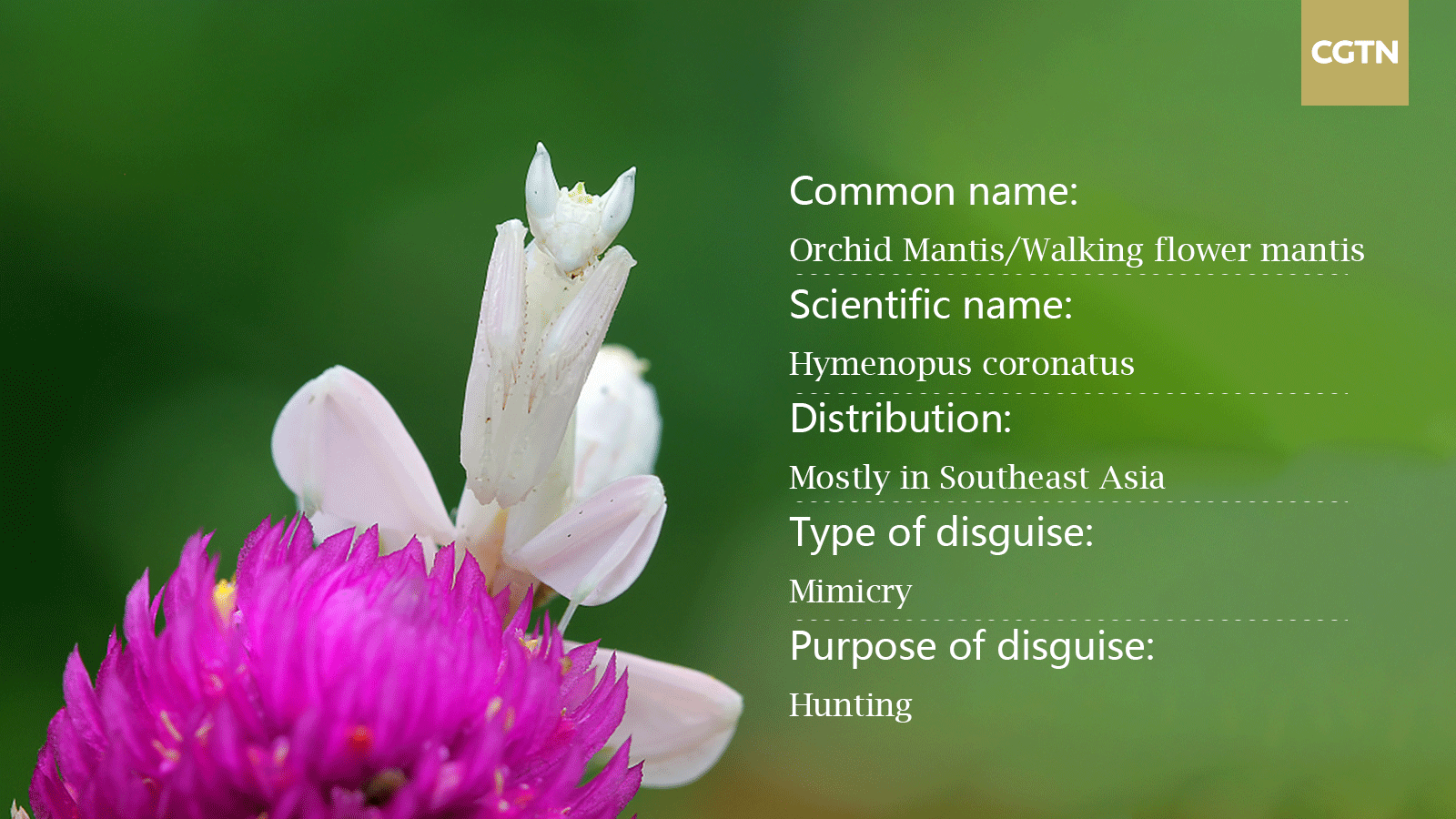 The orchid mantis, similar to other flower mantises, resembles its habitat – the orchid.

It mimics a part of the flower and patiently waits for its prey to come knocking on the door. 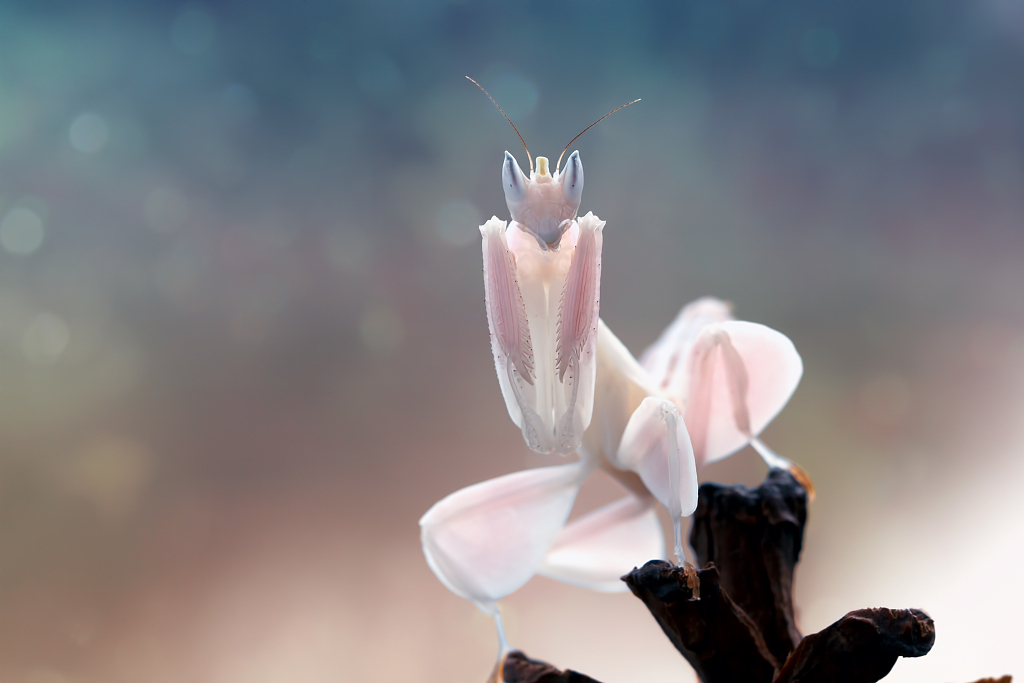 Living in rainforests with a variety of orchids, the orchid mantis has the ability to camouflage itself by changing colors to match individual flowers perfectly. This camouflage not only helps the orchid mantis to hunt, but also serves as a form of protection against predators.

Read more about the orchid mantis 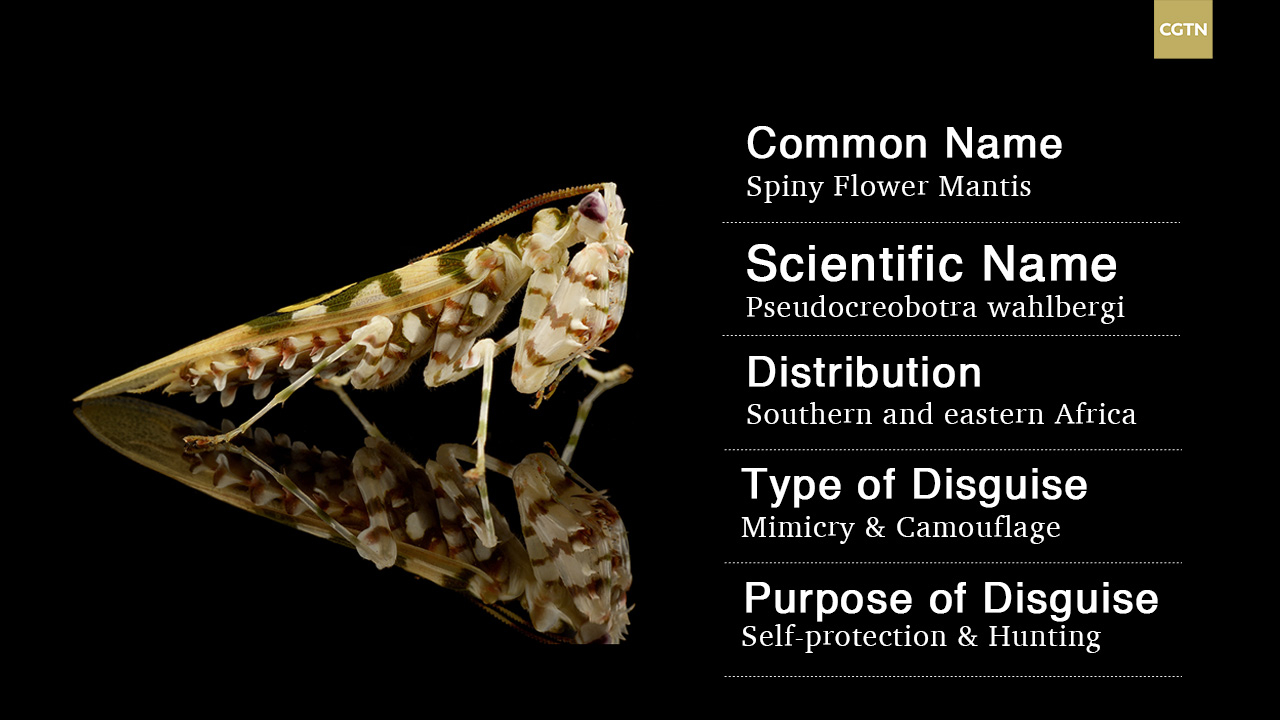 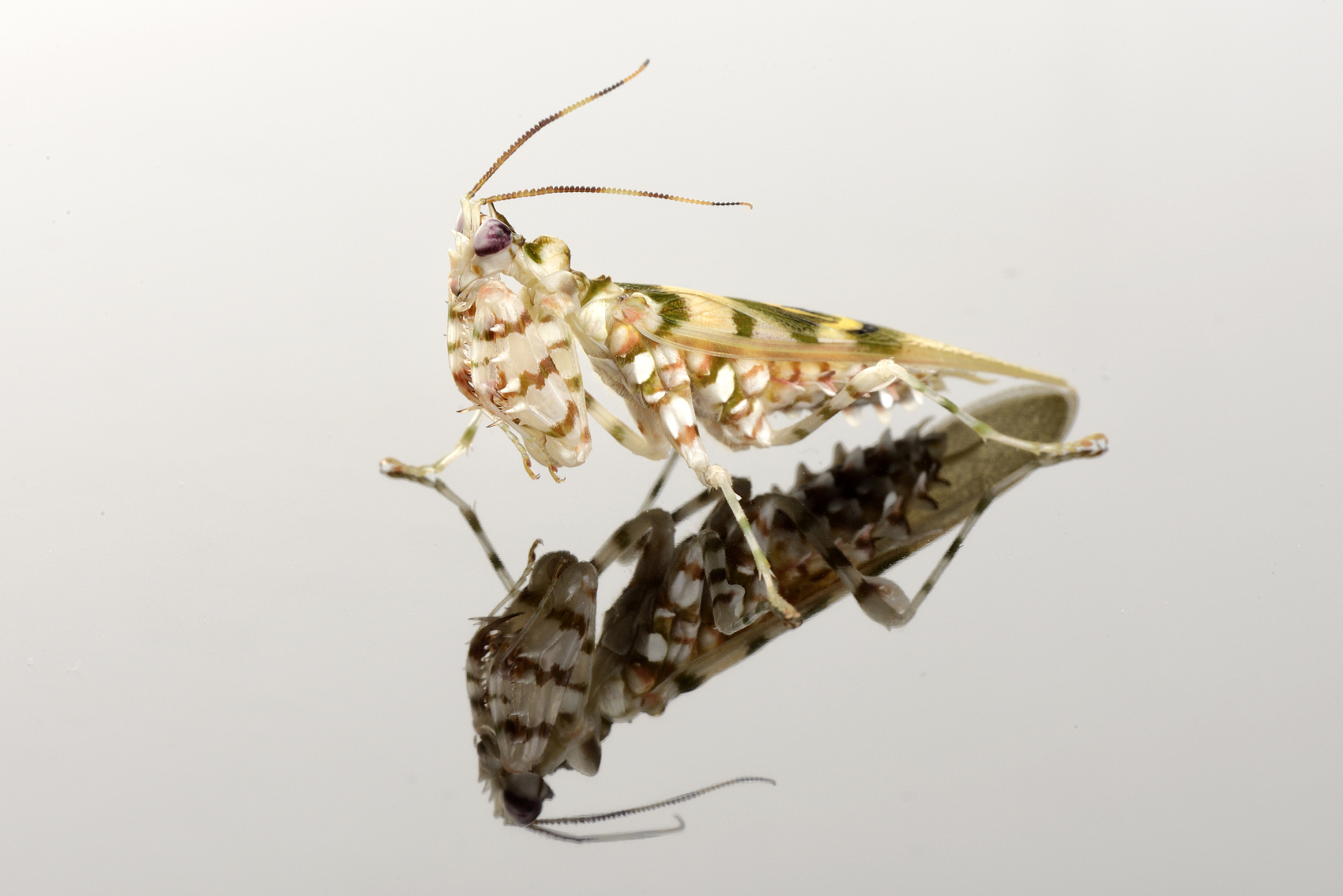 The patterns on its body become good camouflage while it is resting between wood and leaves. 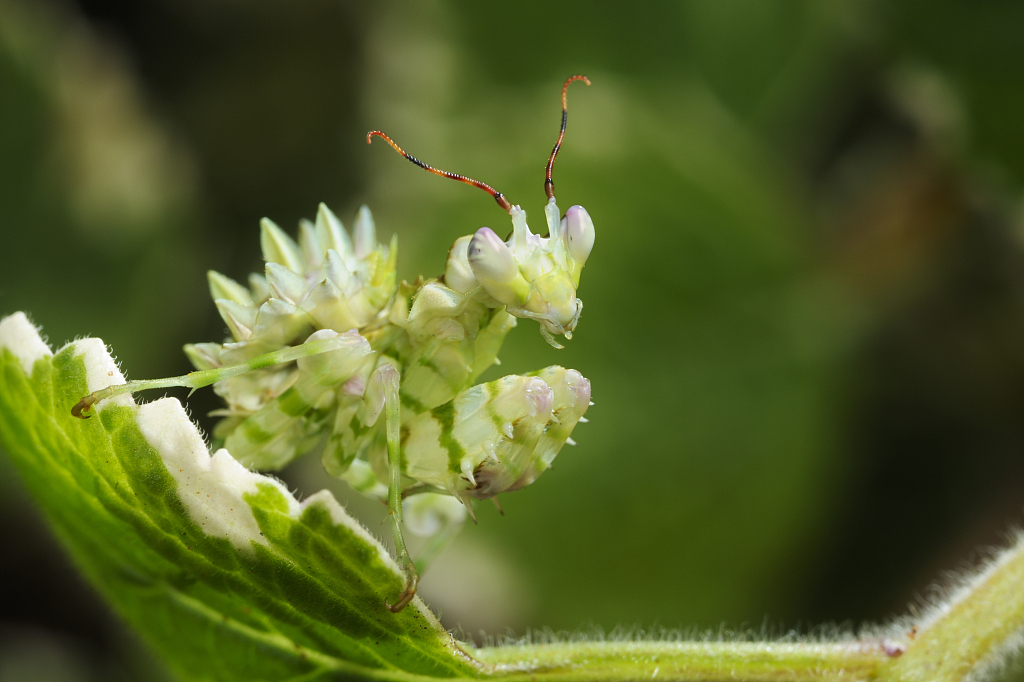 The spines assist the mantis when hunting for food. It mimics the texture of a flower and attracts insects looking to pollinate it before devouring them. 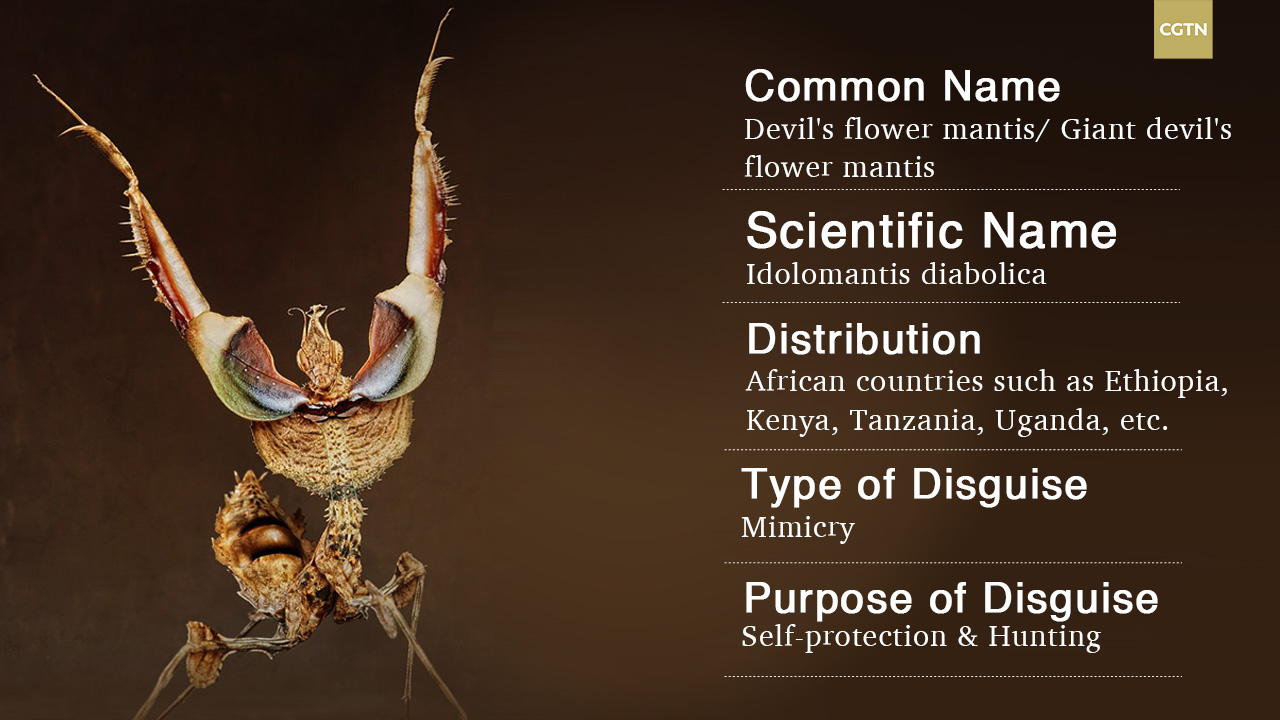 With an average size of 10-13 centimeters in length, the devil's flower mantis is one of the largest species of mantis.

This mantis is famous for its "dancing pose," where it will rear up its body and forelegs to expose its vibrantly colored hidden flaps and then shift its wings left to right.

This amazing "dance" is actually a defense mechanism for the mantis. If threatened, it will use this technique to confuse, distract or even scare off its predators. 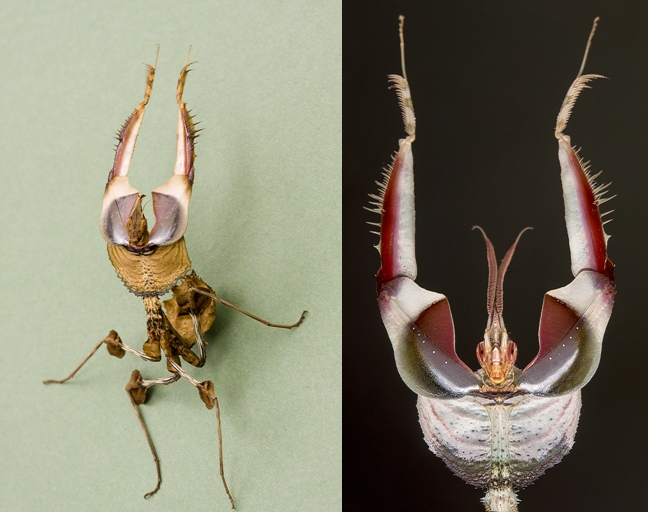 When hunting, the devil's flower mantis will conceal its colorful flaps while impersonating a flower, and use the different shades of green and brown on its back as camouflage while remaining motionless.

After waiting patiently, it will grab its prey and enjoy a meal.

Camouflage and mimicry are two ways for creatures to disguise themselves. Disguises can either help them escape danger, or make them perfect predators when hunting for food.

In this series, we are going to look at several species that are masters of disguise. For each article, there will be a game of hide and seek with the introduced species.

Find the animal
There is an animal hidden in one of these pictures. Find it out! 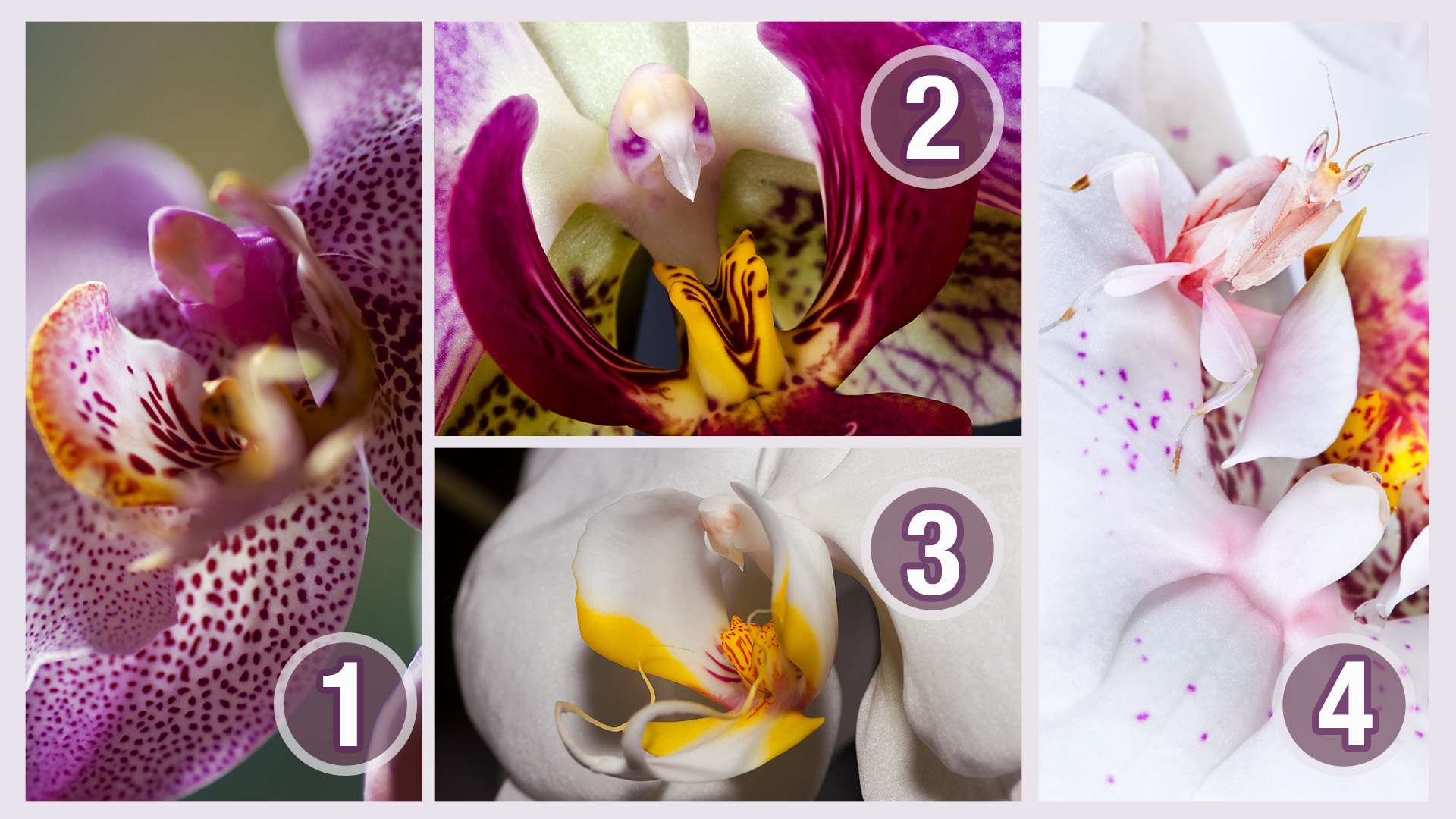