What to expect from European Council summit
Thom Brooks 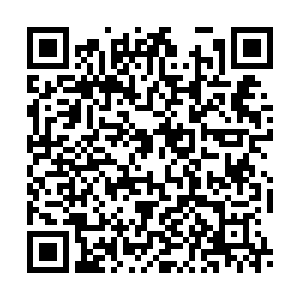 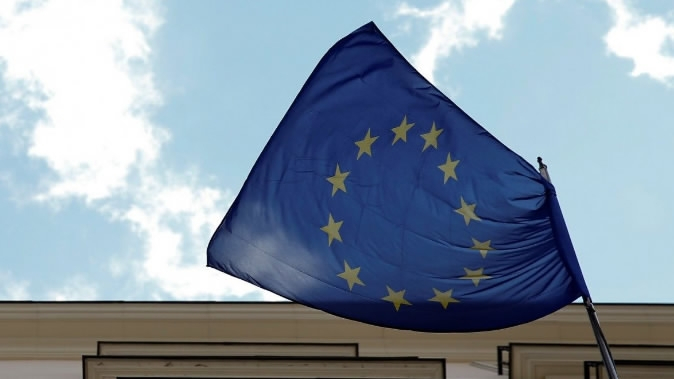 Editor's note: Thom Brooks is the dean of Durham Law School and a professor of Law and Government at Durham University. The article reflects the author's opinions, and not necessarily the views of CGTN.

European Union (EU) leaders meet in Brussels to choose new leaders for the next policy cycle and agree a new strategic agenda for 2019-2024. The agenda is notable for its putting Brexit on the sidelines. It will be handled by a "short informal update" to members and nothing more.

This makes sense as the UK remains deadlocked on how to make progress on negotiations with the remaining Tory leadership candidates - one of whom will replace Theresa May as the next Prime Minister in July - not offering any new plans or firm commitments about the next Brexit deadline in October.
This is also a much welcome opportunity for the EU to make progress across other areas of huge importance. Perhaps the biggest is on climate change with huge pressure on member states to agree to make the EU carbon neutral by 2050.

It can be viewed as a major step forward in the EU's climate change policy that is widely expected to pass, and a broadly welcome development that could inspire other states and regions to follow Europe's lead on this issue.

A second issue that will likely receive great attention is described as disinformation. This relates to the issue of the rise of so-called 'fake news' during elections by foreign governments, regarded as a growing concern. EU member states will consider new restrictive measures to address these cyberattacks from outside the EU. 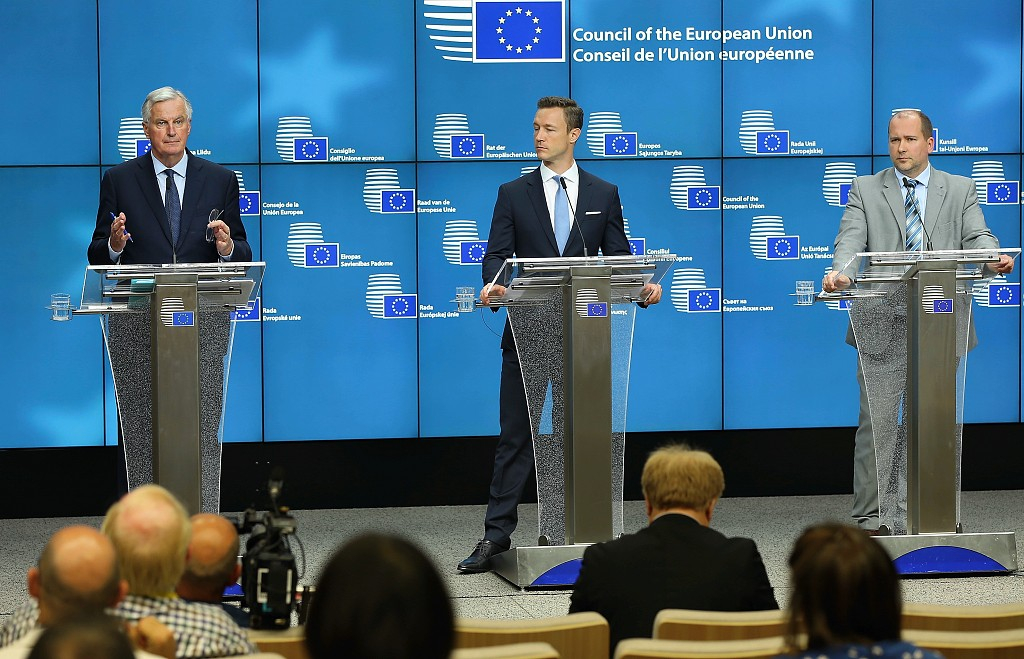 Michel Barnier (L), and Federal Minister for EU, Art, Culture and Media of Austria Gernot Blumel (C) are seen during a press conference after attending the General Affairs Council meeting at the European Council in Brussels, Belgium, 20 July, 2018. /VCG Photo

Michel Barnier (L), and Federal Minister for EU, Art, Culture and Media of Austria Gernot Blumel (C) are seen during a press conference after attending the General Affairs Council meeting at the European Council in Brussels, Belgium, 20 July, 2018. /VCG Photo

Thirdly, EU states will also be expected to endorse policies concerning external relations, such as a roll-over of economic sanctions on Russia. There will be discussions about the situation in eastern Ukraine and the Azov Sea, as well as marking the five year anniversary of the downing of MH17 claiming 298 lives.

The irony for countries like the UK is its leaving at an inopportune time. The UK has seen itself as among the world leaders in tackling climate change so will want to be a positive influence on EU discussions while publicly committed to Brexit and going it alone on this global issue.

Furthermore, disinformation during the Brexit campaign continues to cast a long shadow on the legitimacy of the controversial EU referendum result for many still. Britain has an interest here too in stricter measures being implemented EU-wide yet while in the process of leaving the EU which again weakens the UK's position.

The UK joined other EU states in condemning the downing of MH17, but on this - as in all other matters - it is unclear what influence the UK is able to exercise on these issues notwithstanding their huge importance to the UK. 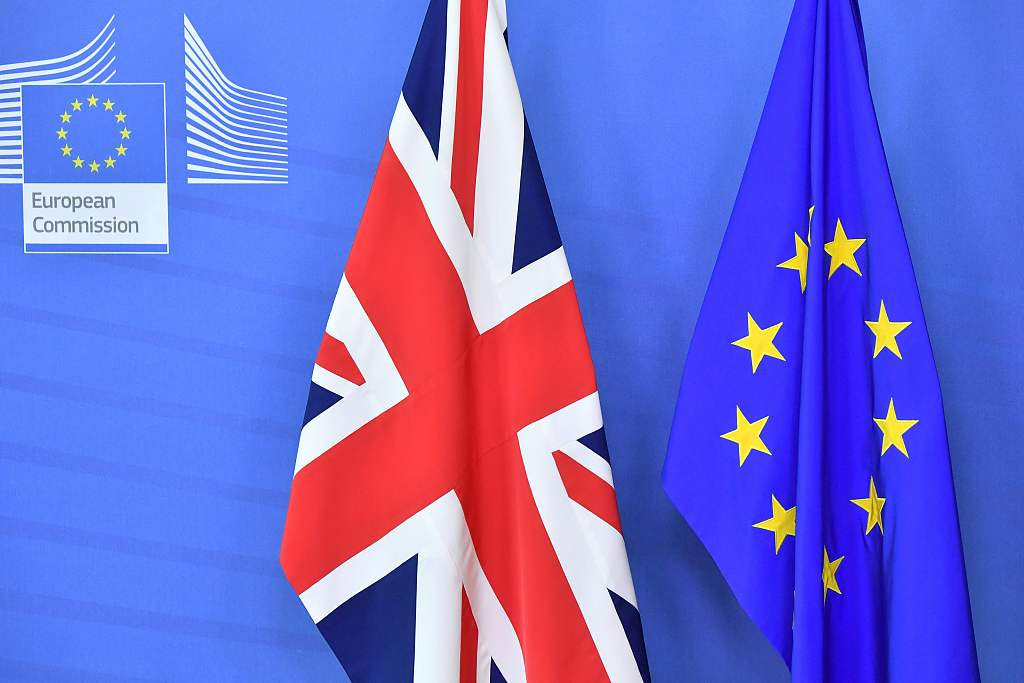 The United Kingdom flag and the European Union are pictured at the European Commission in Brussels, October 17, 2018. /VCG Photo

The United Kingdom flag and the European Union are pictured at the European Commission in Brussels, October 17, 2018. /VCG Photo

But after the results of the last EU Parliamentary elections, power has shifted away from the traditional parties towards the Liberals and Greens. It is likely but by no means certain a candidate from these emerging political forces takes the top job.

Whatever the outcome, there is a clear opportunity for the EU to make some positive signals taking action on climate change, tackling disinformation and reinforcing its position on external affairs.

Europe's continuing solidarity looks set to strengthen with no change in its position on Brexit. Whoever becomes the next British Prime Minister, he will likely find himself in the same or weaker position than May in inheriting a poisoned chalice.