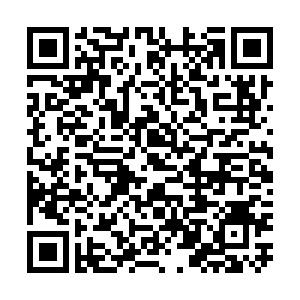 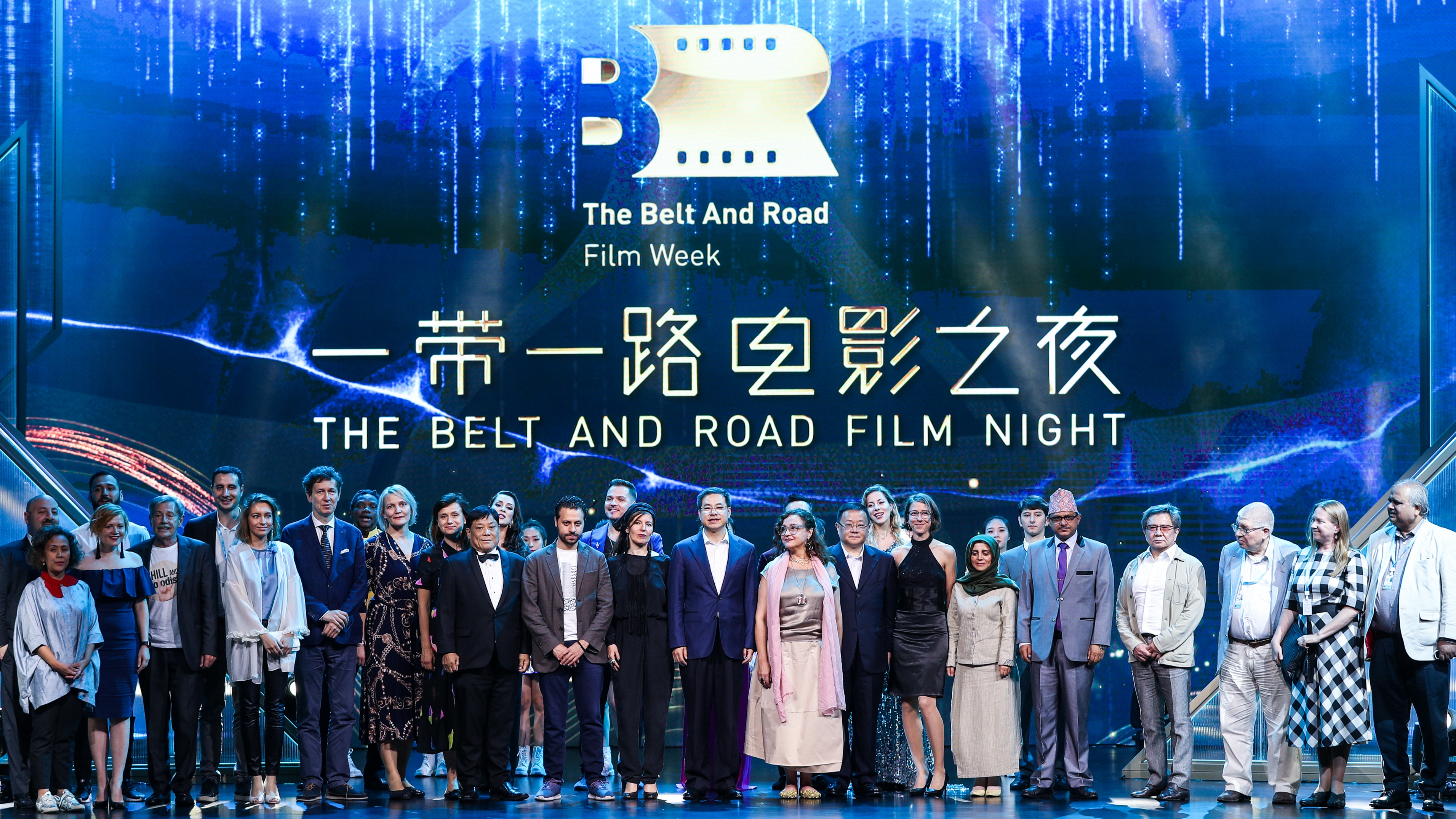 "This is a long poem [of mine] to the childhood," said female Chinese director Wang Lina during her acceptance speech at the Belt and Road Film Night on Wednesday in Shanghai.

Wang won the Media Choice Award for Filmmakers last night by her work "A First Farewell" (2018), which was also the opening film of this year's Belt and Road Film Week at Shanghai International Film Festival (SIFF). 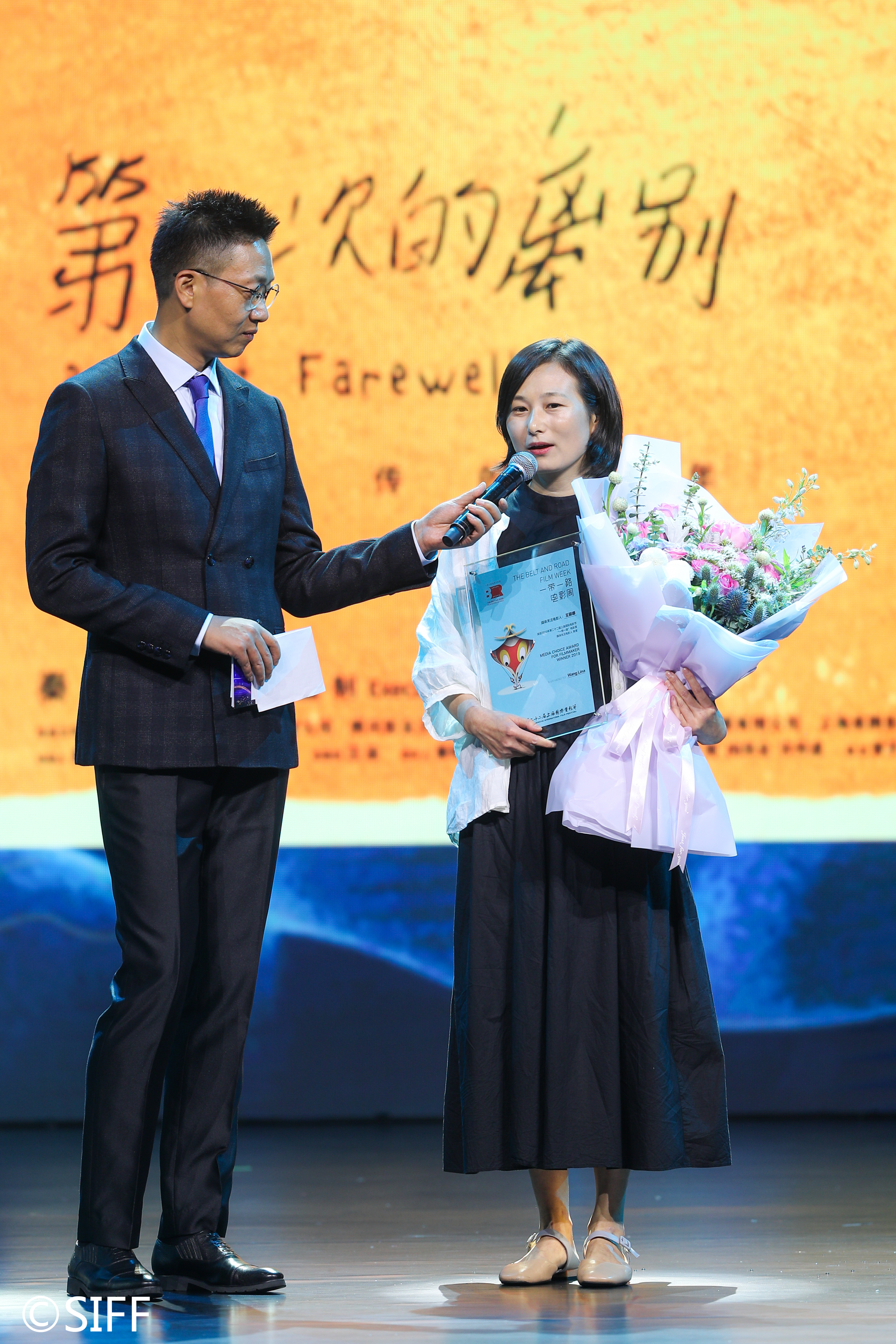 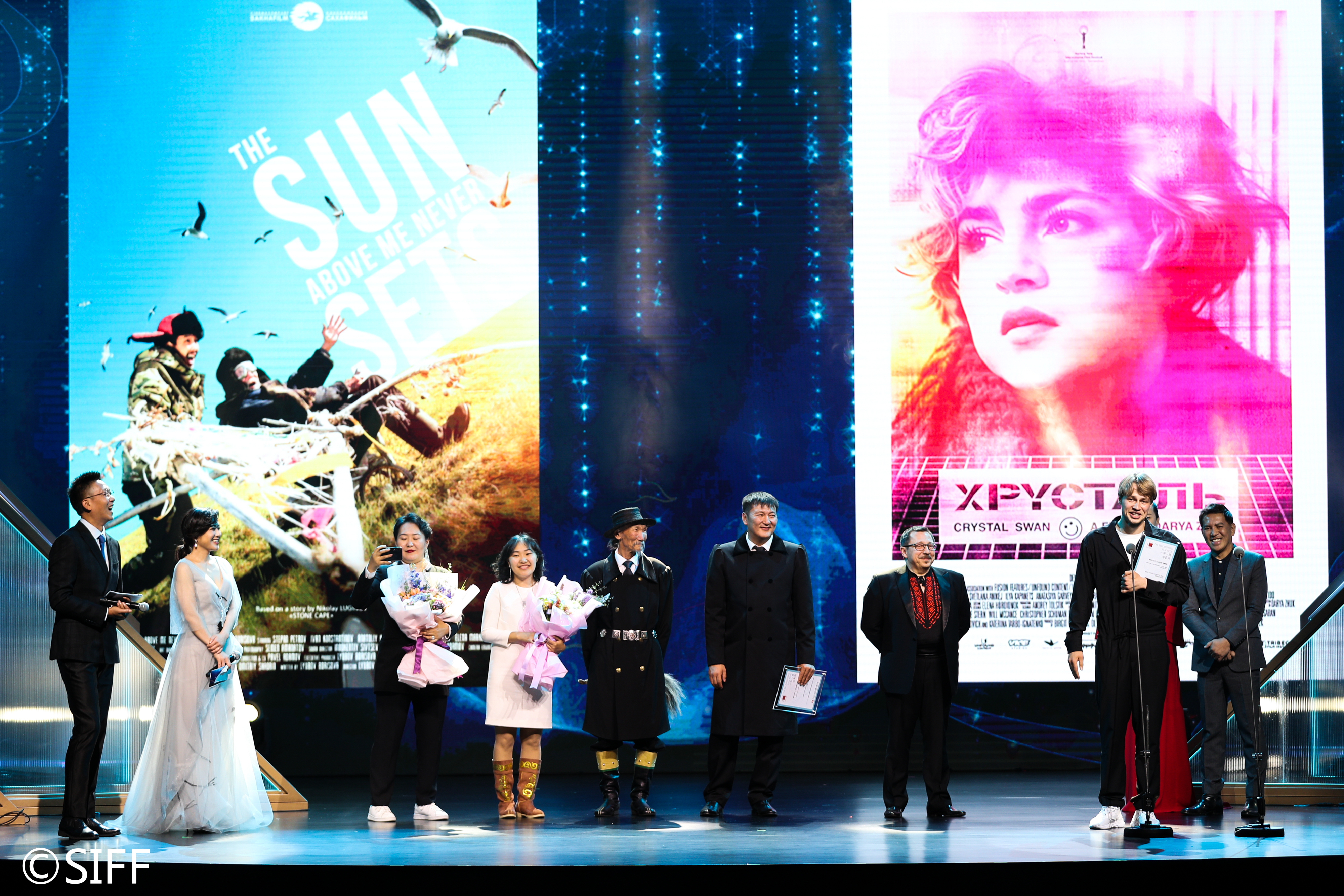 The production team of "The Sun Above Me Never Sets". / SIFF Photo

The production team of "The Sun Above Me Never Sets". / SIFF Photo

Chinese director Guo Fan of the sci-fi hit "The Wandering Earth" also appeared at the ceremony. As one of the most famous young directors in the country, Guo shared his experience in striving in the industry for the past 15 years in Beijing.

He wanted to study directing at one of the Beijing Film Academy (BFA), but he failed at first and went to study law instead. "But I was the first one who took a camera to shoot short videos in law school [back then]," recalled Guo, who didn't give up and was admitted to BFA for a master's degree finally. 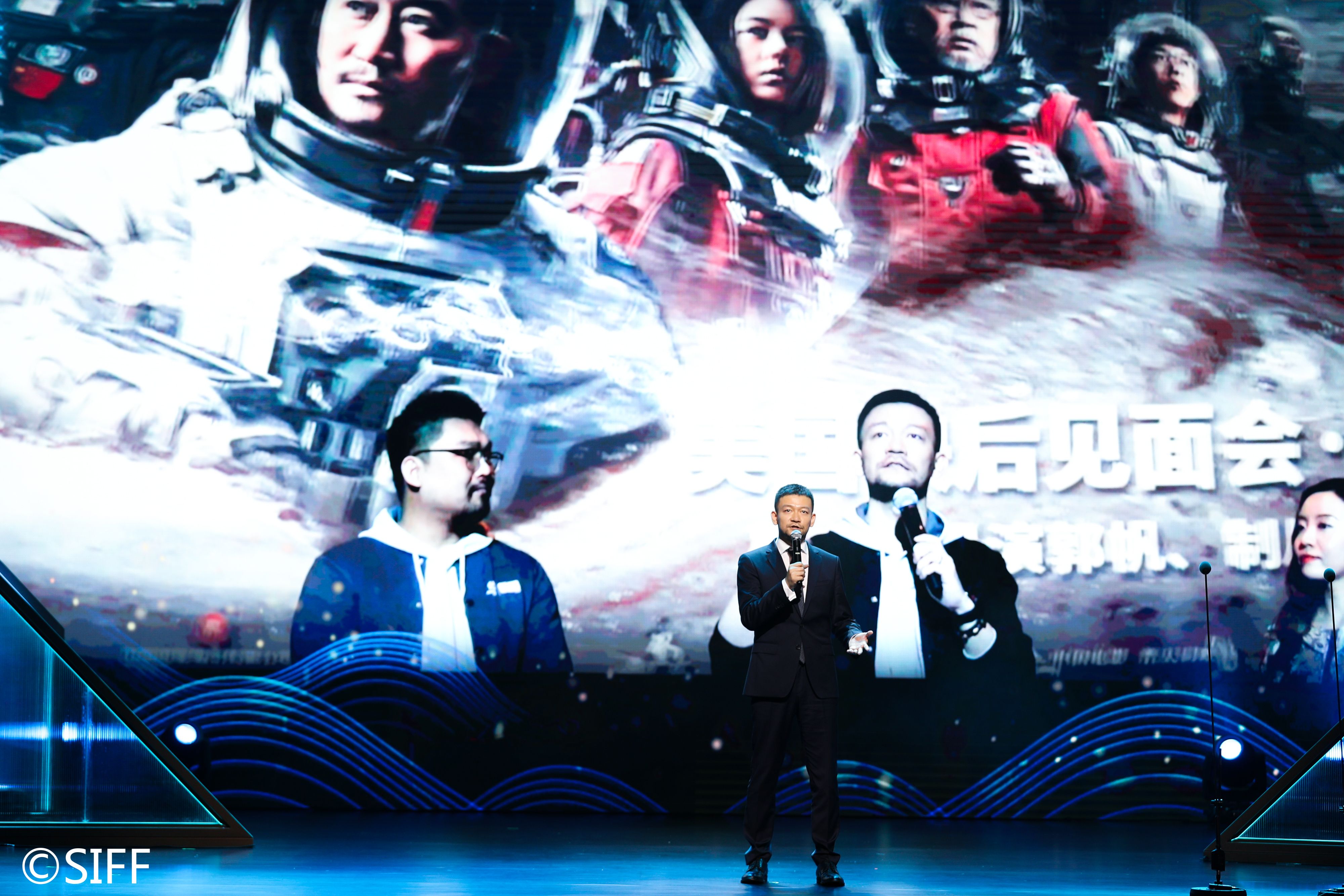 With his film "The Wandering Earth" being a remarkable box office success earlier this year, however, Guo was quite humble during the speech. "There have been ups-and-downs but now I’m so grateful," said Guo. "I don't dare become complacent."

Guo also emphasized the important role that SIFF’s Belt and Road Film Week can play in terms of bringing different cultures and films all together. 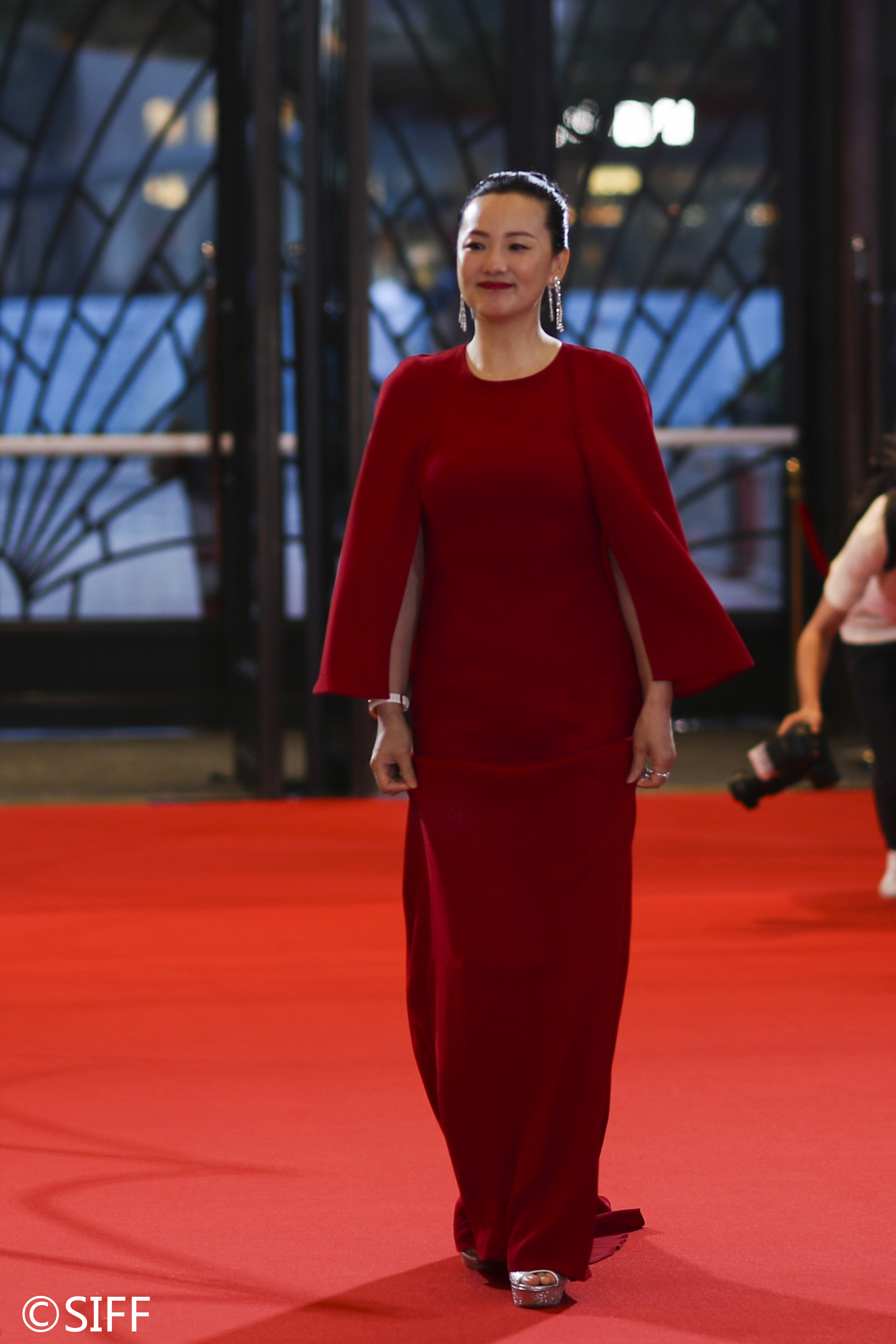 Chinese actress Yong Mei, who won the Silver Bear for best actress in "So Long, My Son" at this year's Berlinale, as well as Iranian pianist and composer Peyman Yazdanian, who's previously worked with Chinese directors Lou Ye and Li Yu, walked the red carpet before the festival's gala night.

Other film industry practitioners from various international film festivals around the globe were also seen on the red carpet, including from places such as Brazil, Bulgaria, Egypt and Estonia. 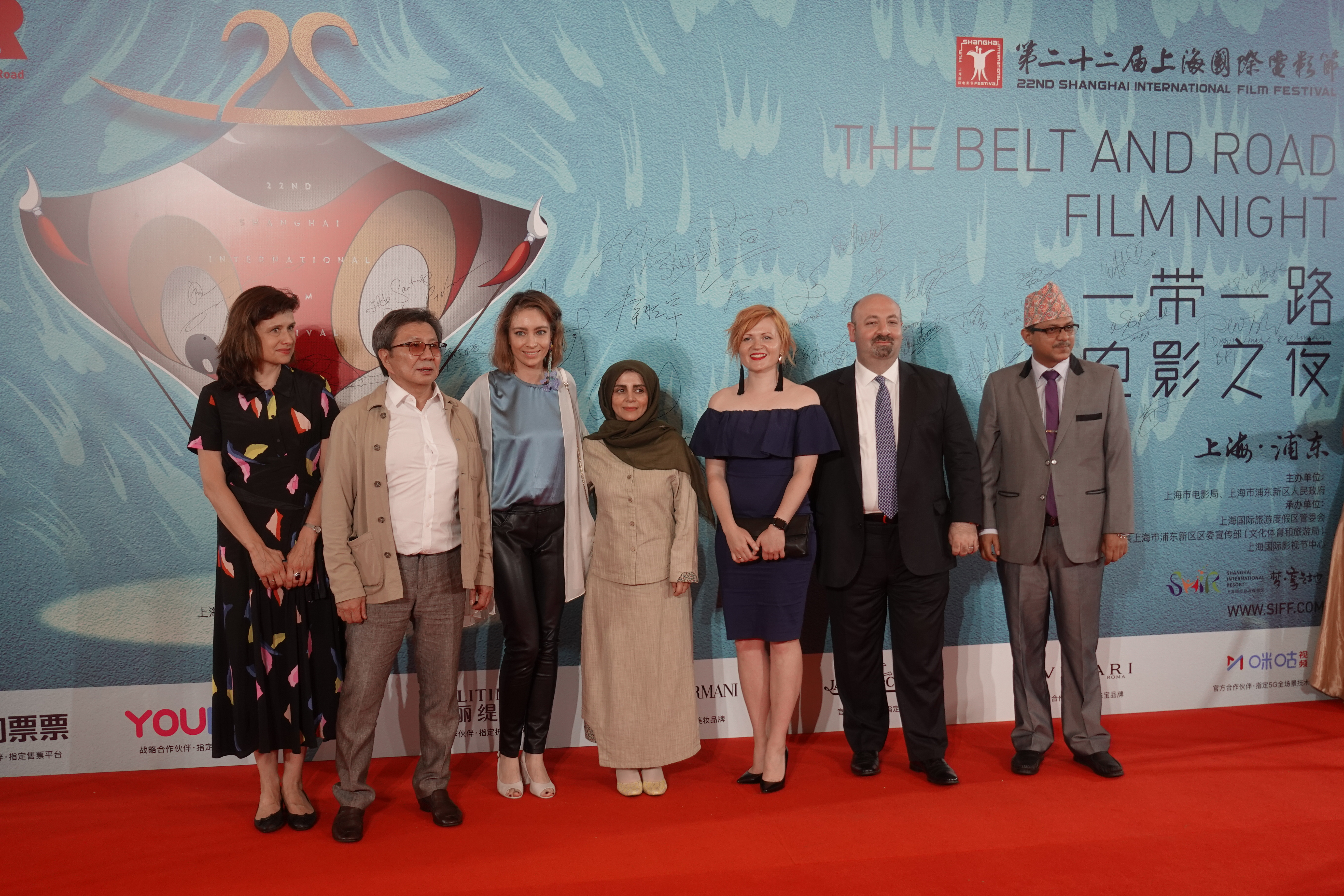 The Belt and Road Film Festival Alliance was established during the 21st SIFF in 2018, with 31 film festival organizations from 29 countries as the first batch of members. In the same year, the "Belt and Road Film Week" was launched.

This year, the SIFF keeps up with promoting film cultural exchanges and mutual learning. And there are seven new members having joined the Belt and Road Film Festival Alliance, which now has 38 film festivals in 33 countries.