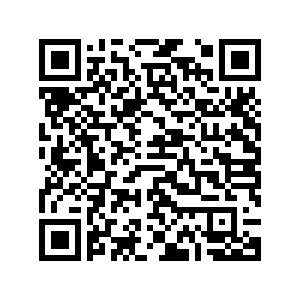 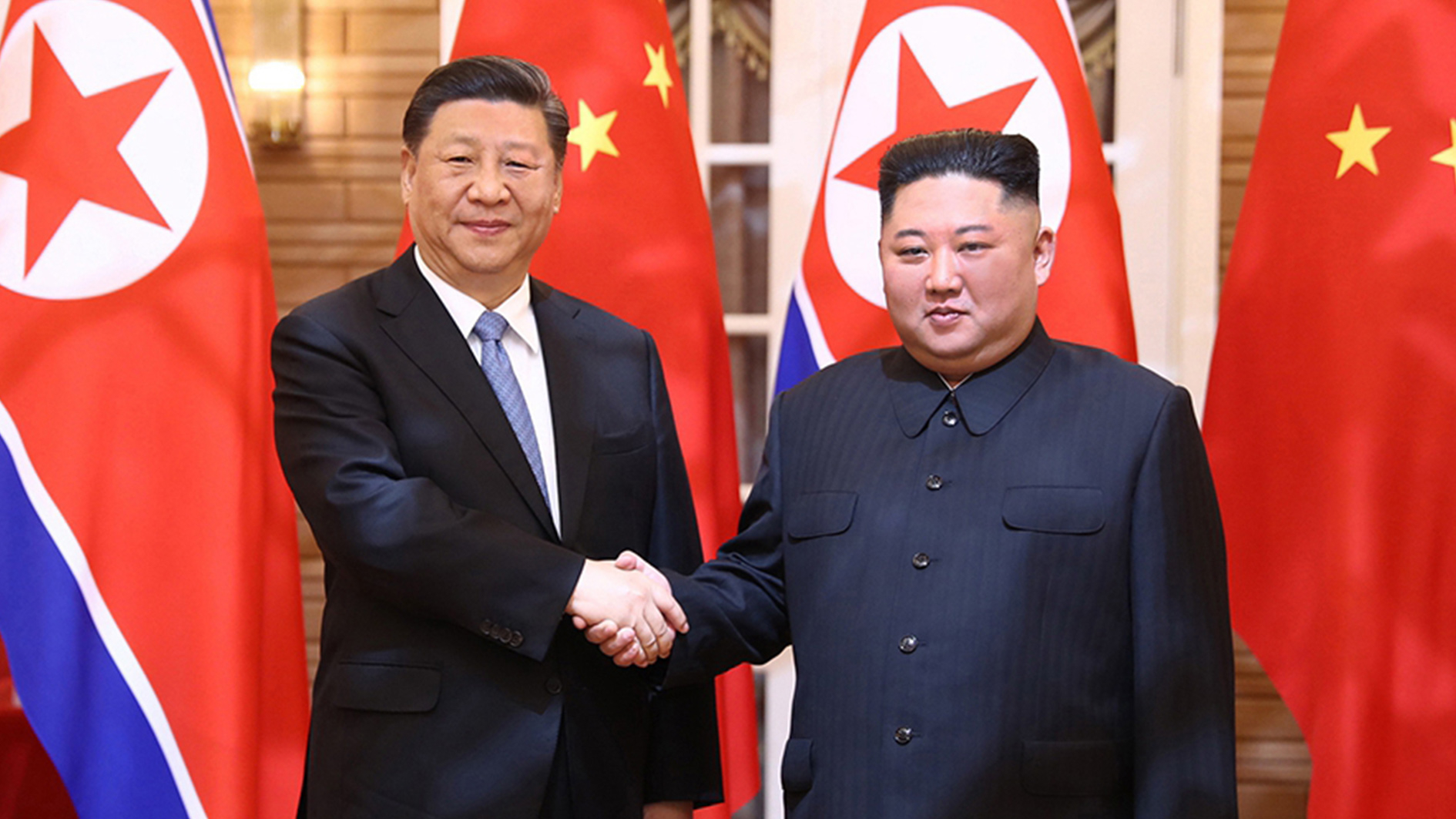 The Korean Peninsula issue needs to be addressed from a strategic view and long-term perspective so as to maintain peace and prosperity, said Chinese President Xi Jinping on Thursday when meeting with Kim Jong Un, leader of the Democratic People's Republic of Korea (DPRK).

President Xi, also general secretary of the Central Committee of the Communist Party of China (CPC), is currently on a two-day state visit to the DPRK at the invitation of Kim, who's also chairman of both the Workers' Party of Korea and the State Affairs Commission of the DPRK.

President Xi said he hopes his visit would consolidate the friendship between the two countries and push for a political settlement to the Korean Peninsula issue. 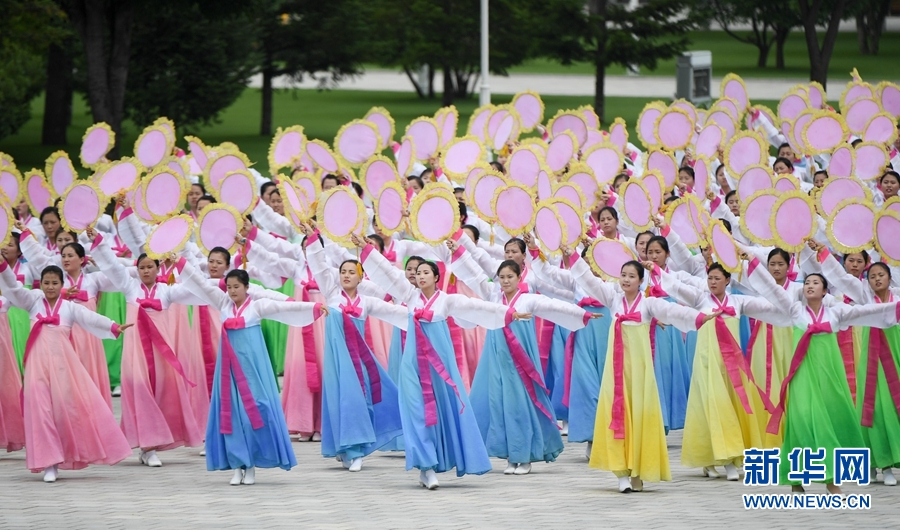 Performers welcome Chinese President Xi Jinping at the square of the Kumsusan Palace of the Sun in Pyongyang, DPRK, June 20, 2019. /Xinhua Photo

Performers welcome Chinese President Xi Jinping at the square of the Kumsusan Palace of the Sun in Pyongyang, DPRK, June 20, 2019. /Xinhua Photo

The Chinese president spoke highly of the efforts Pyongyang has made towards the denuclearization of the Peninsula.

The bright prospect of solving the issue through dialogue has resurfaced over the past year and a half, President Xi noted, adding that continuous talks between Pyongyang and Washington has been a common wish for the international community.

He called for political settlement to the Korean Peninsula issue, saying the issue is highly complicated and sensitive.

China is willing to offer assistance that can guarantee DPRK's appropriate internal security, President Xi stressed, while vowing to play an active and constructive role in maintaining peace on the Peninsula. 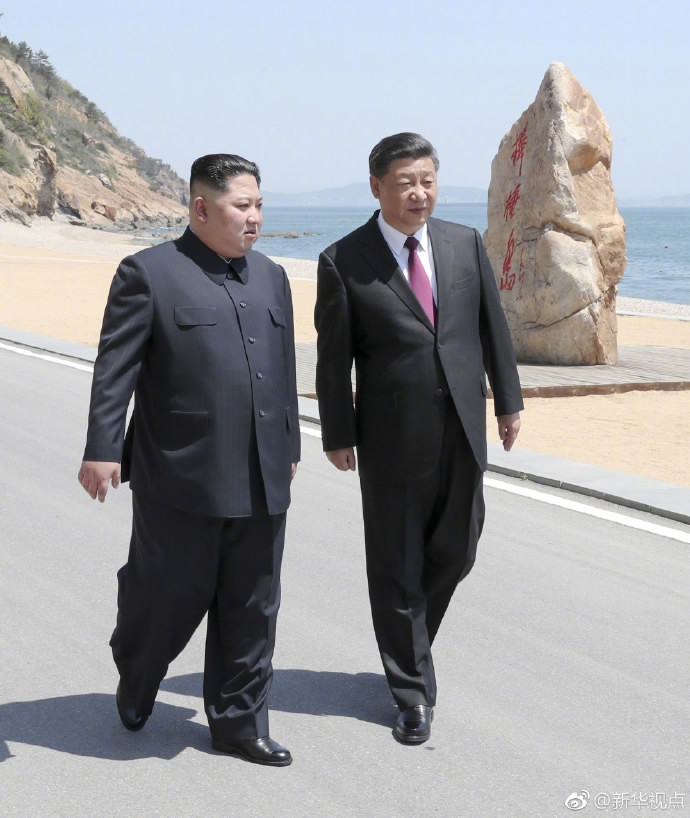 Kim said that Pyongyang has made significant efforts to avoid escalating tensions on the Korean Peninsula, adding that those endeavors were not positively welcomed by relevant parties.

"That's something we do not wish to see," Kim said.

The DPRK leader vowed to keep his patience, while hoping to see relevant parties meet each other halfway.

He also praised China's role in the settlement of the issue, and hoped to strengthen negotiations and coordination with Beijing so as to see more progress made on this front.

"I've met with Chairman Kim four times since last year, which have opened up new chapters in the China-DPRK relations and deepened our friendship," President Xi said, as he expressed appreciation for the grand welcome ceremony Kim held for him.

The year 2019 marks the 70th anniversary of the establishment of diplomatic ties between Beijing and Pyongyang, a critical time to open up greater prospect of the traditional friendship between the two sides. 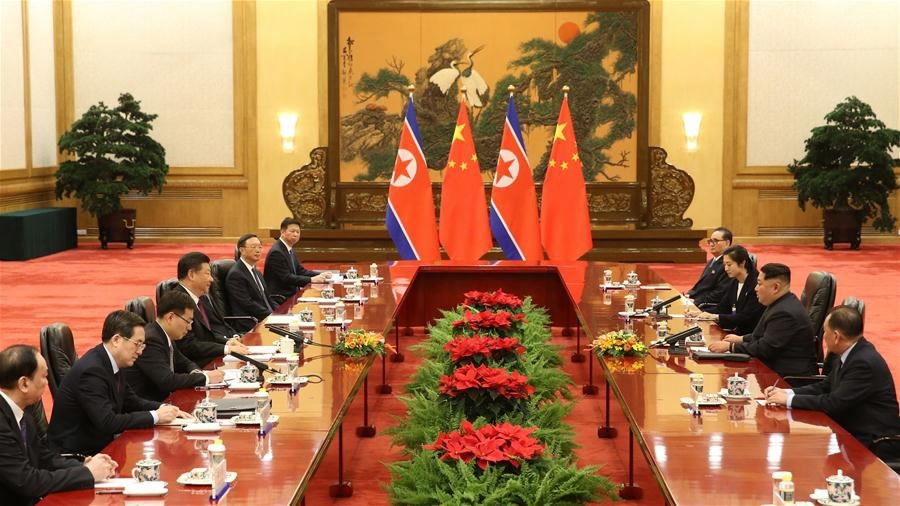 Our shared ideals, beliefs and goals serve as the engine for China-DPRK relations, and the top officials' friendship legacy and strategic guidance are the strength of our ties, President Xi said.

He stressed that the friendship will not change through time, vowing to further protect, consolidate and develop bilateral relations.

"I would like to keep close exchanges with Chairman Kim, in order to consolidate political mutual trust," Xi said.

On behalf of the Workers' Party of Korea, the DPRK government and people, Kim delivered his warm welcome. He agreed with Xi's prospect on bilateral ties, hoping to further promote strategic communication with China while building on the legacy of the traditional friendship between the two countries.

"My country hopes to learn more from China's experience in developing the economy and bettering people's life," Kim said.

Kim noted that President Xi's visit this time will help to direct the future relations of the two nations, and showcase the unbreakable bond between the two countries.