The G20 in Osaka
Shinzo Abe 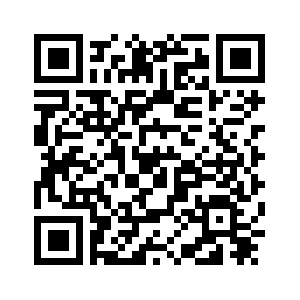 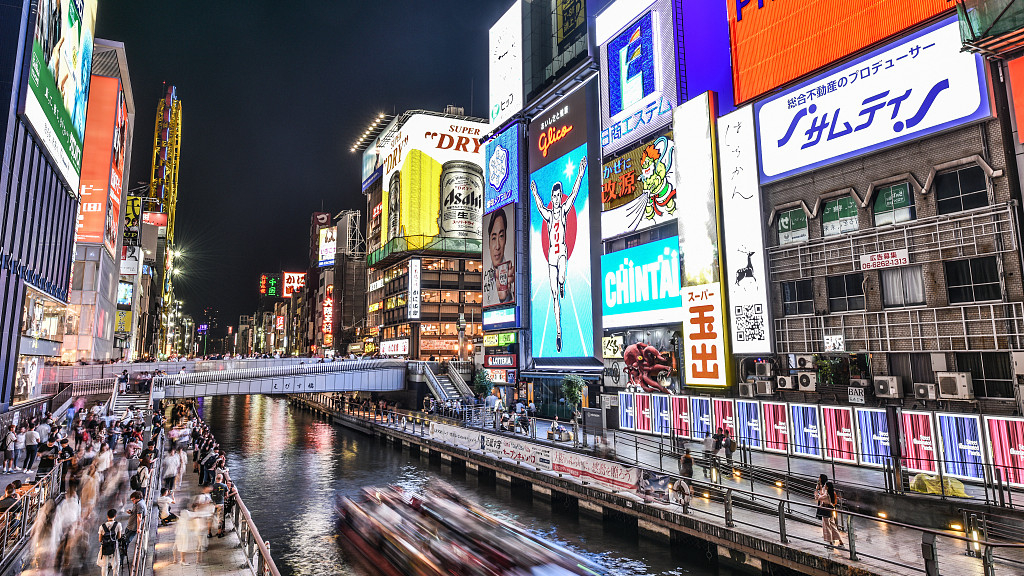 Editor's note: Shinzo Abe is prime minister of Japan. The article reflects the author's views, and not necessarily those of CGTN.

On June 28, I will host the 2019 G20 summit in Osaka. Our agenda will focus on three key issues, each of which is particularly important for Asia.

The first agenda item concerns what I believe is the most important challenge of our times: Working to maintain and ultimately strengthen the international order for free and fair trade.

For Asia's leaders, this means forging the RCEP, or the Regional Comprehensive Economic Partnership, an advanced free-trade agreement between the ten members of the Association of Southeast Asian Nations (ASEAN) and the six Indo-Pacific states (Australia, China, India, Japan, South Korea, and New Zealand).

Those discussions have gone on for some time. We must now make a dash toward the goal line.

The second item on the agenda concerns the digital economy. Digitalization of the economy has enabled unique and unprecedented business models, but it has also brought new challenges, such as double non-taxation for multinational companies. We can resolve such issues only through international cooperation.

The data traveling instantaneously around the world are indifferent to national boundaries. I believe that the economic and social impact of such data will rival, even surpass, the roles that petroleum and the internal combustion engine played in the twentieth century.

By its nature, data easily overcomes physical obstacles. Networked, its effects and advantages multiply and then multiply further. Conversely, should the equivalent of even a single closed-off room appear anywhere, the resulting losses extend to the entire network. 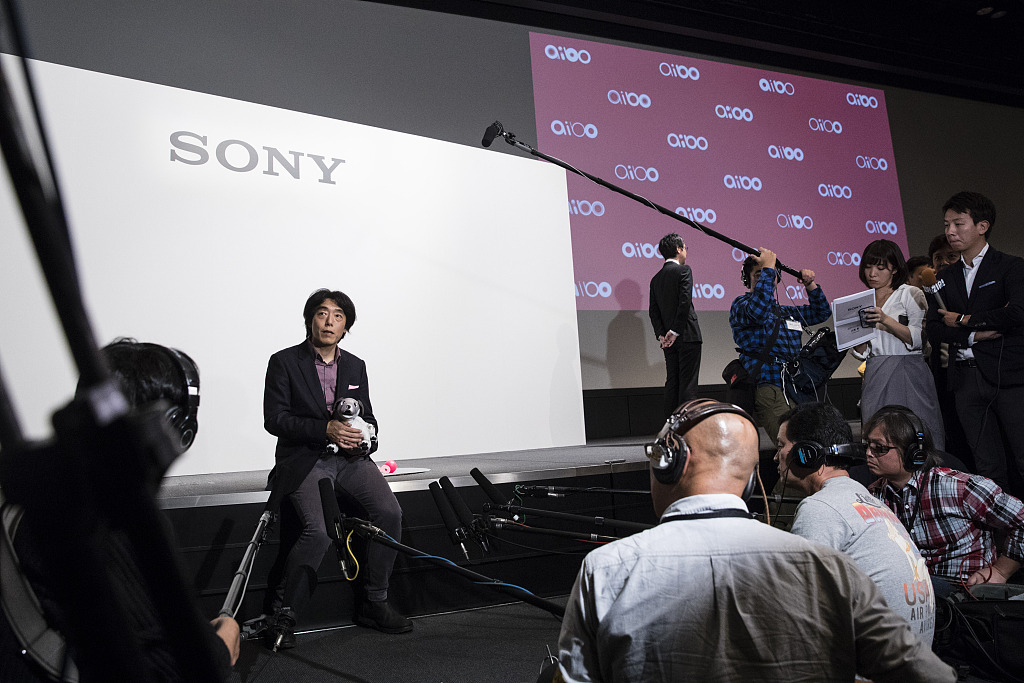 A senior general manager of the AI Robotics Business Group at Sony Corp. holds one of the the company's new robotic dogs during a news conference in Tokyo, Japan, November 1, 2017. /VCG Photo

A senior general manager of the AI Robotics Business Group at Sony Corp. holds one of the the company's new robotic dogs during a news conference in Tokyo, Japan, November 1, 2017. /VCG Photo

Japan is advocating a system of "Data Free Flow with Trust", or "DFFT," an approach that attempts to allow the free flow of data under rules upon which all can rely. So let us prepare rules that allow the digital economy's benefits to spread to everyone in Asia and around the world. The process for doing that is what we call the "Osaka Track," which we hope to launch at the upcoming summit.

It goes without saying that points one and two – trade and data – are inseparable from reform of the World Trade Organization. A quarter-century has passed since the WTO was established. During that time, the world economy has changed at amazing speed. But the WTO has failed to keep up, and the adverse effects of this are becoming increasingly apparent.

What should we do to make the WTO relevant again as a guardian of free and fair international trade?

The great supply chains driving the global economy for many years now are anchored in the ASEAN region. The region's economies have benefited from an environment in which people and goods flow in and out freely. It is precisely this freedom that accounts for ASEAN's dynamism and growing prosperity.

The third issue for the Osaka summit is the importance of innovation in tackling global environmental challenges. The goals outlined in the Intergovernmental Panel on Climate Change's "1.5˚C report" are not achievable through regulation alone. Disruptive innovation that flips something negative into something positive will be the key to realizing the world's climate goals.

Consider carbon dioxide, which in recent years has been treated entirely as a villain. But how wonderful would it be if carbon dioxide were to become a "resource" available at the very lowest price and available in the greatest abundance! Innovative technologies like artificial photosynthesis are certain to make such dreams a reality one day. In Osaka, I want the G20 to confirm the importance of such innovation. 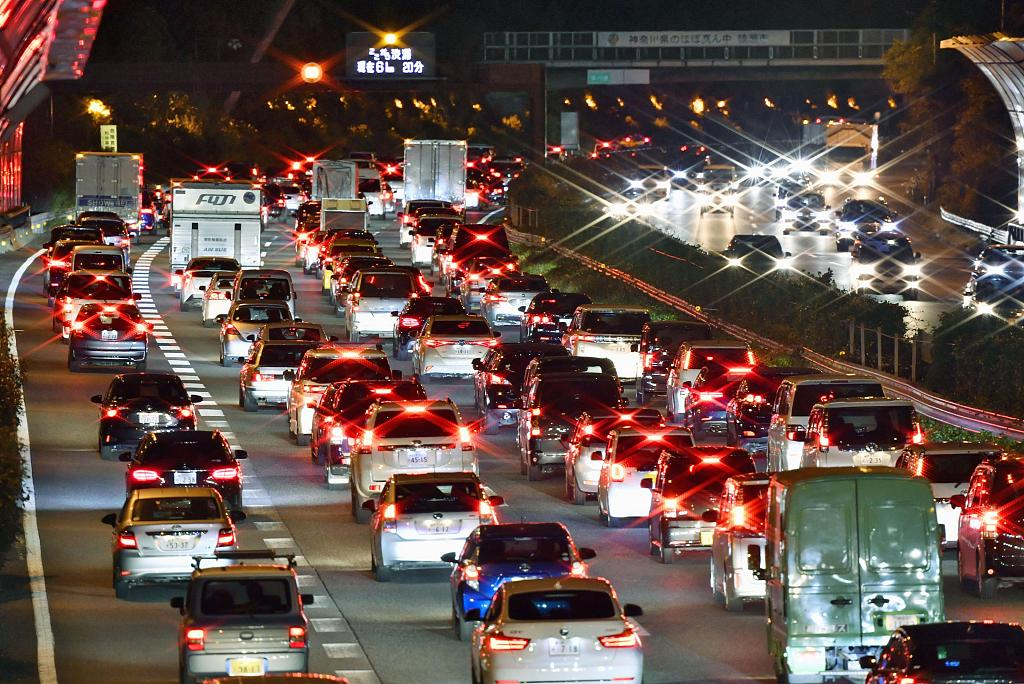 And in October, Japan will hold a Green Innovation Summit, bringing together under one roof leading researchers and representatives of industrial and financial circles from all around the world. We hope to tap the world's wisdom and usher in a sustainable future with one great push.

On March 6, I received six recommendations from the members of "Science20", which was created by the national science academies of the G20 countries.

In order to reduce threats to marine ecosystems and conserve marine environments, the final two recommendations urge the "establishment of an improved data storage and management system that ensures open access by scientists globally," and the "sharing of information gained through research activities carried out under extensive and multinational collaboration, to expedite a comprehensive understanding of the global ocean and its dynamics."

It is precisely for this reason that we must ensure DFFT and turn data into public goods for scientists worldwide.

The G20 summit in Osaka is coming at the dawn of a new era – Reiwa ("beautiful harmony") – in Japan. On April 30, the world witnessed the abdication by His Majesty the Emperor Emeritus Akihito, the first abdication by a reigning emperor in 202 years.

The following day, His Majesty the Emperor Naruhito was enthroned. The sense of delight among the Japanese was overflowing, and I could not have imagined in advance the kindness of the sentiments I received from abroad.

Some commented, "The 'rei' in the name 'Reiwa' has such a nice ring to it." They pointed out that the pronunciation was the same as the word "ray" in such phrases as "a ray of hope" or "a ray of sunshine." 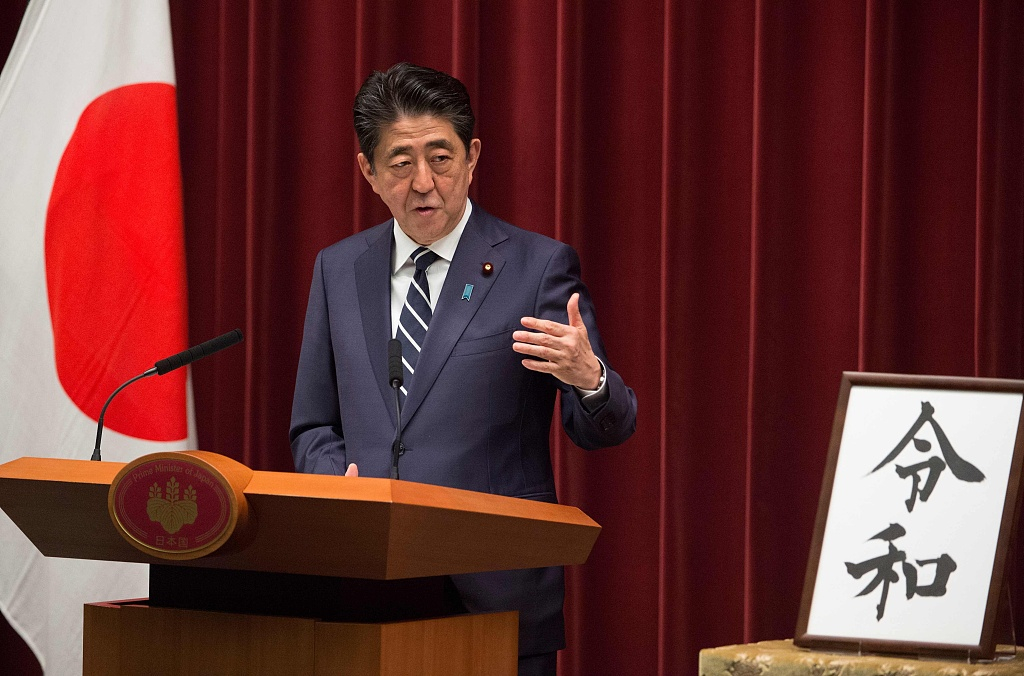 "I see it now," I said to myself as their words sunk in, and I thought that the sound's positive nuance was icing on the cake. Those sentiments remind me of something I saw when visiting the town of Okuma in Fukushima Prefecture, the town that is home to the Fukushima Daiichi Nuclear Power Station, which became the site of an environmental disaster in 2011.

An evacuation order that had been in place for residents across the entirety of Okuma for years was partly lifted on April 10, and four days later, on April 14, a ceremony was held to open the newly constructed town office.

I participated in the ceremony, and there I met a young woman, Aki Sato. She had come from Tokyo after the disaster, wanting to see the situation with her own eyes and do anything she could to help.

It wasn't long before she married a local man, and she is now a resident of Okuma. She urged me to take a look at the red windbreaker she was wearing. The message on the back appeared in white in skillfully written Japanese: "If you have time to look back, then move forward instead."

All Japanese are continuing to move forward, exchanging with each other those words of encouragement.

That positive attitude was a way of life for the generations of postwar Japanese who brought about our rapid economic growth. By the 1980s, that attitude had spread across the ASEAN region.

Now it is a way of life for broader Asia – that is, for the entire Indo-Pacific. And I firmly believe that a self-confident Japan is a Japan that is well-suited to contribute to creating Asia's future.