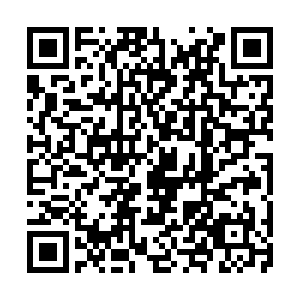 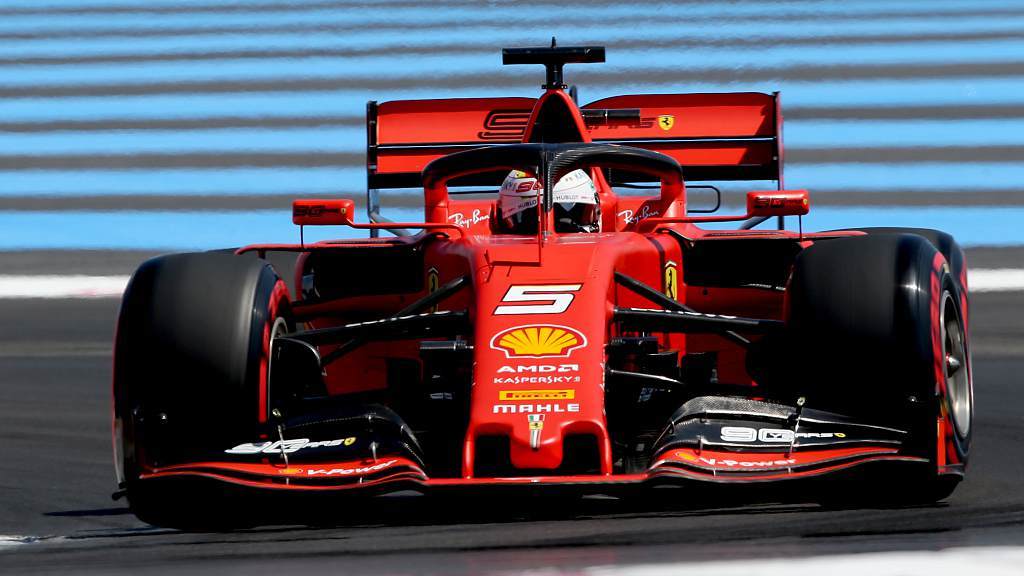 Ferrari's bid to be granted a review of Sebastian Vettel's penalty, and lost victory, at the Canadian Grand Prix was rejected on Friday as Lewis Hamilton escaped punishment for a similar, but lesser, infringement during second practice for the French Grand Prix.

A hearing called by the stewards of the Montreal race, held between practice sessions at the French event, rejected the Italian team's claims that they had convincing and "overwhelming" new evidence.

The outcome of the hearing confirmed Hamilton as the race winner.

The defending five-time world champion finished second on the track behind Vettel in Montreal, but was classified first after Vettel's five-second penalty was applied. 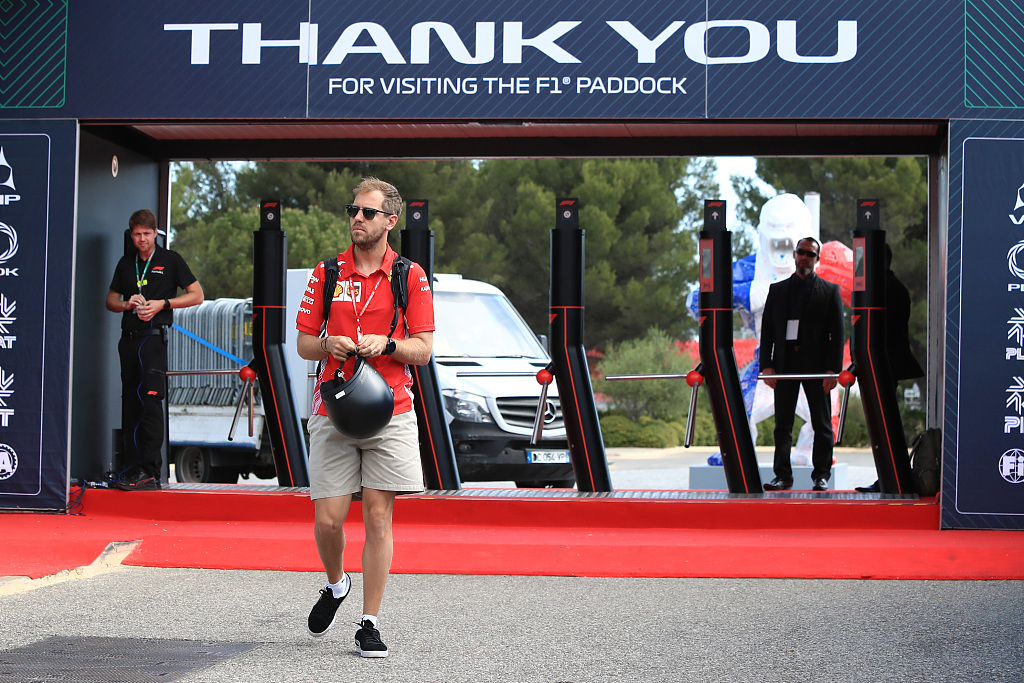 Vettel had been penalized for rejoining the race in an unsafe fashion after going off and running across a strip of grass at the first chicane, his move forcing Hamilton to take dramatic action to avoid a collision.

Ferrari's sporting director Laurent Mekies had told reporters before Friday's hearing that Ferrari had new evidence to present that was "pretty overwhelming" in proving that Vettel was innocent of breaking any rules.

This evidence included telemetry data, video playback of the incident, interviews and analysis by television pundits. It also included a witness statement by Vettel.

In a statement, the stewards said: "There are no significant and relevant new elements which were unavailable to the parties at the time of the competition concerned." 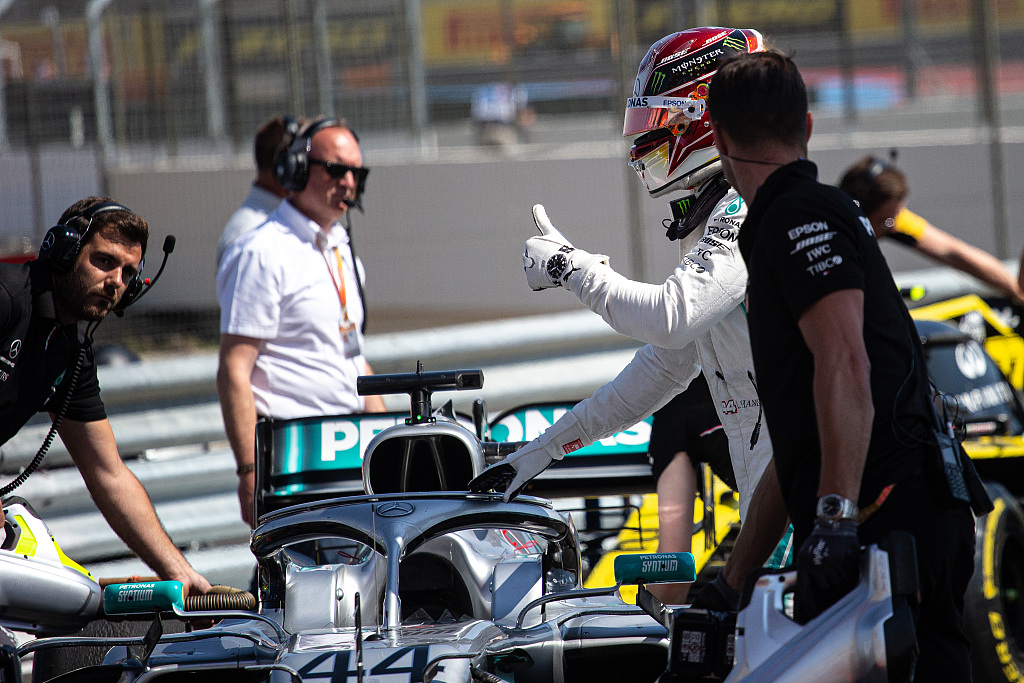 Mercedes' British driver Lewis Hamilton (C) gives a thumbs-up sign before he enters his car during a practice session at the French Grand Prix in Le Castellet, June 21, 2019. /VCG Photo

Mercedes' British driver Lewis Hamilton (C) gives a thumbs-up sign before he enters his car during a practice session at the French Grand Prix in Le Castellet, June 21, 2019. /VCG Photo

There was little to entertain a sparse crowd in Friday's practice until world champion Hamilton went off through Turns Three and Four, taking out a bollard with his left rear wheel as he returned to the track ahead of Max Verstappen.

It was a reminder of Vettel's incident in Montreal and may have passed through the Englishman's mind as he offered an apologetic wave to the Dutchman on the back straight before he pitted.

"It was a serious moment and I'm surprised I caught it," said Hamilton. "If I had gone around I might have gone off into the wall.

"I was just trying to go slow to stay out of the way. I saw him all of a sudden come round. Luckily, I didn't stop him going into the corner.

"It's practice. Sometimes these things happen. It wasn't intentional or anything like that." 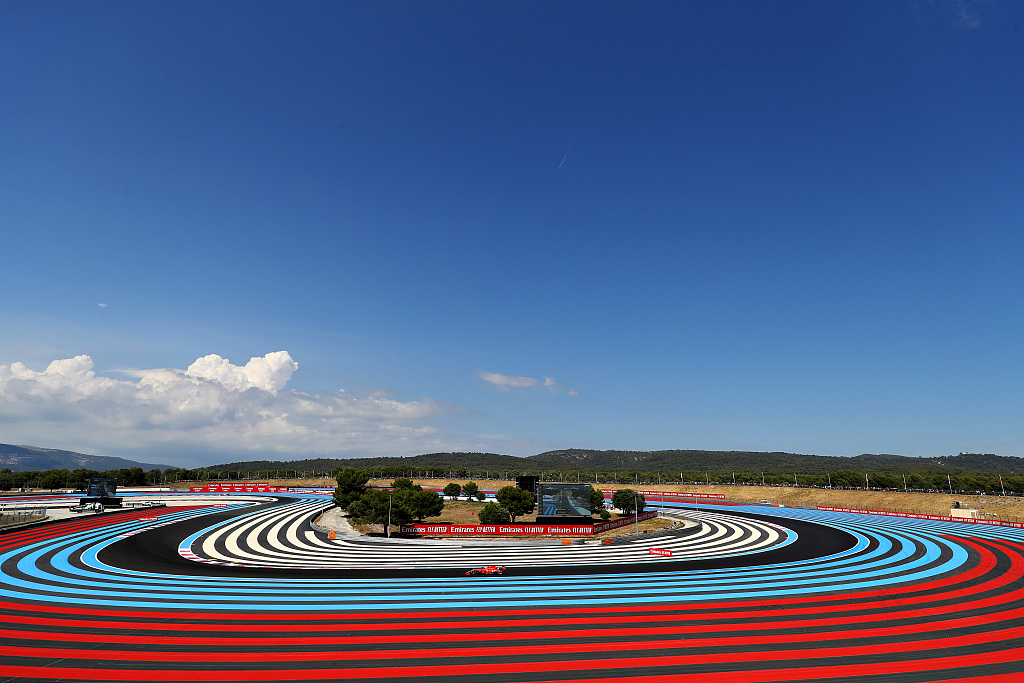 Hamilton's Mercedes teammate Valtteri Bottas was fastest in the afternoon's second practice ahead of the Briton, who had been quickest in the morning.

On a sweltering afternoon, with air temperatures of 32 degrees Celsius and the track at 55, the teams struggled with tyres and grip as the surface of the Le Castellet track absorbed the heat.

"It was not easy – everyone struggled in the morning because the track was much more slippery than usual," said Bottas. "But it ramped up and I could feel big gains on a lap-by-lap basis."