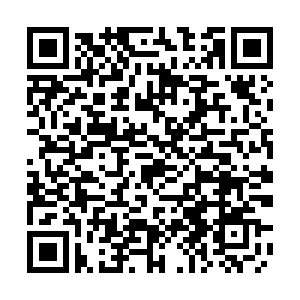 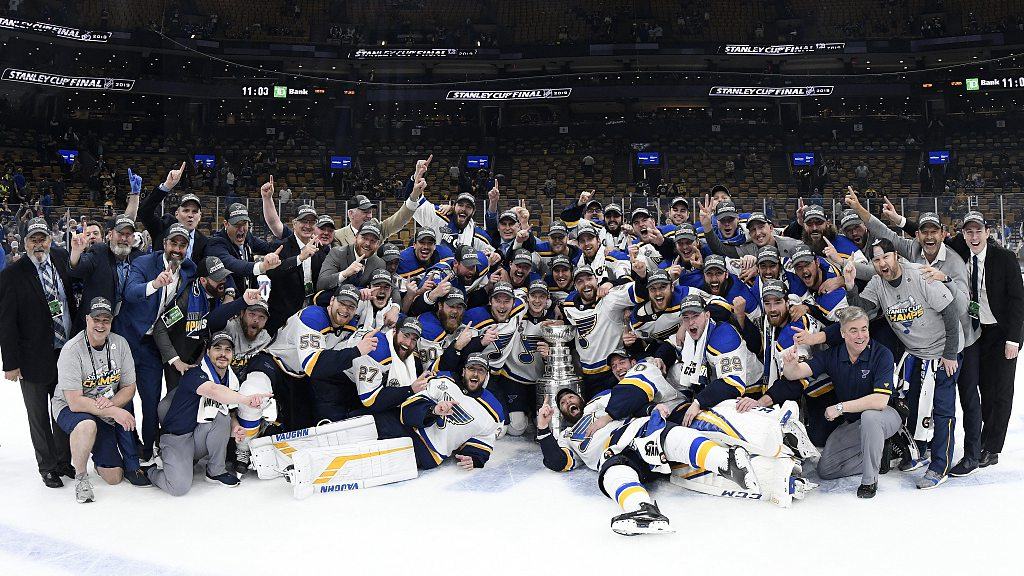 The opening game of the new NHL season is set for a mouth-watering contest as two of the most recent champions are locking horns with each other. The last two Stanley Cup champions, the St. Louis Blues and the Washington Capitals, who were also the first time winners of the coveted trophy, will take on each other on October 2 when the 2019-20 NHL season gets underway. The league unveiled the fixture for the upcoming season on Friday.

According to the recently-released draw, the defending champions, the Blues, will host the 2018 winning Capitals as one of four games on the opening night of the new season.

In the last season, the Blues defeated the Boston Bruins in six games to win the Cup. 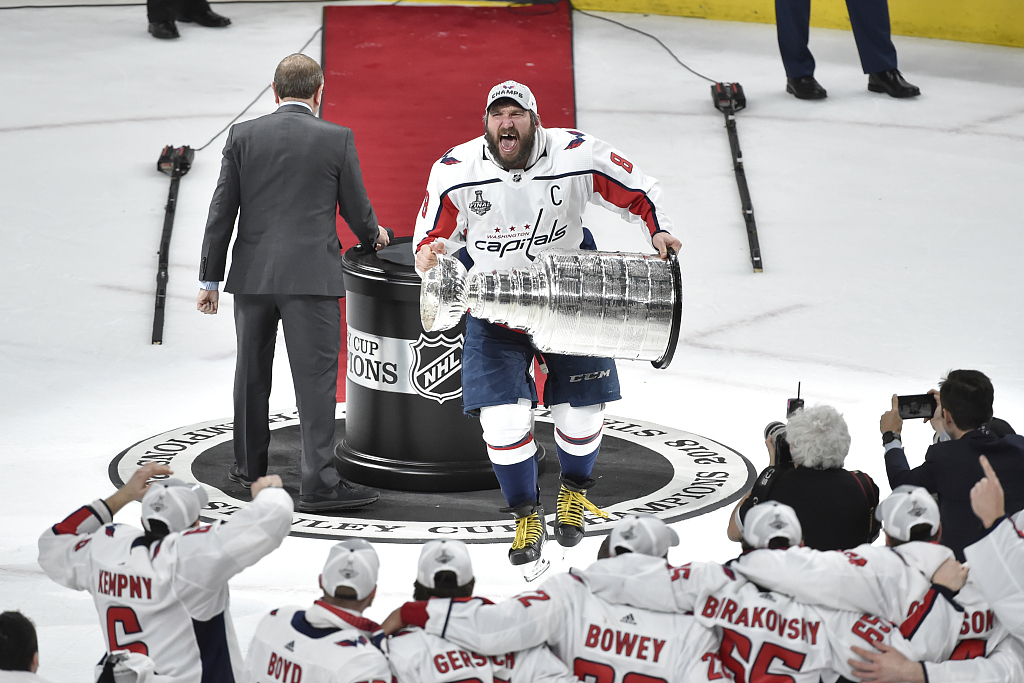 Alex Ovechkin (C) of the Washington Capitals celebrates with the Stanley Cup after defeating the Vegas Golden Knights during the NHL Finals in Las Vegas, Nevada, U.S., June 7, 2018. /VCG Photo

Alex Ovechkin (C) of the Washington Capitals celebrates with the Stanley Cup after defeating the Vegas Golden Knights during the NHL Finals in Las Vegas, Nevada, U.S., June 7, 2018. /VCG Photo

According to the just-announced roster for the new season, the other opening night fixtures will see the Toronto Maple Leafs hosting the Ottawa Senators, the Edmonton Oilers hosting the Vancouver Canucks and the Vegas Golden Knights hosting the San Jose Sharks.

Incidentally, the Sharks crushed the Golden Knights in a hard-fought seven-game series in the first round of the playoffs. In the winner-take-all final game, the Sharks had initially trailed 3-0 halfway through the third period before Vegas player Cody Eakin was slapped with a major penalty for cross checking Joe Pavelski following a faceoff.

San Jose eventually scored four goals on the power-play to take a 4-3 lead and eventually sealed the game as well as the series in overtime.

After their opening night clash, the Western Conference rivals will meet again two days later at San Jose's SAP Center. Meanwhile, the runner-up Bruins will launch their campaign on the road and will play their first home game against the New Jersey Devils on October 12.