A significiant weekend for the Korean Peninsula
Tom Fowdy 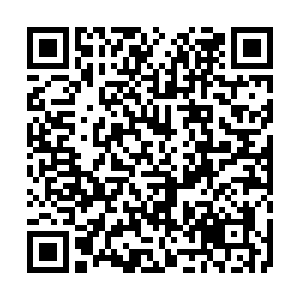 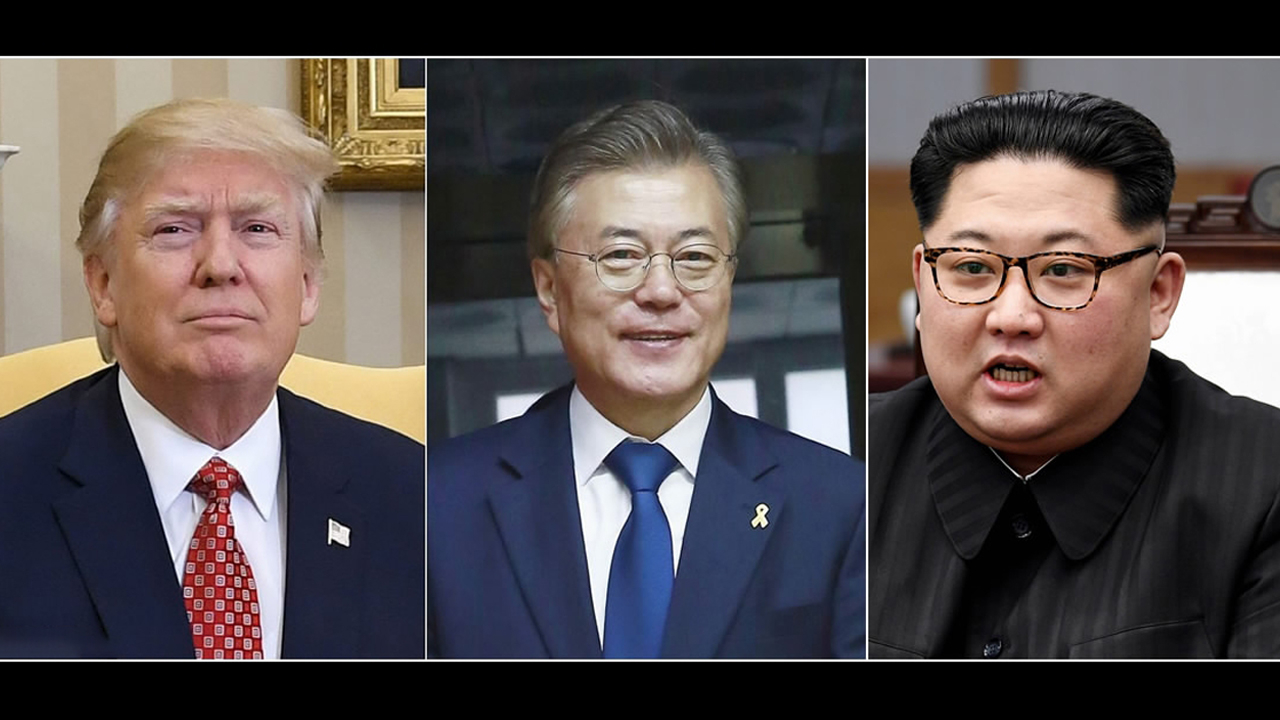 Editor's note: Tom Fowdy is a British political and international relations analyst and a graduate of Durham and Oxford universities. He writes on topics pertaining to China, the DPRK, Britain and the United States. The article reflects the author's opinion, and not necessarily the views of CGTN.

Rumours abound that a third Kim-Trump summit might be about to take place in the peace village of Panmunjom, the site of the armistice signing for the Korean War, which sits between the two Koreas.

Whilst talk of the "excellent letter" from Trump has already been covered by DPRK media, increased speculation of a summit has emerged following the revelation that John Bolton, Mike Pompeo and special representative for DPRK issues Steven Biegun will all be accompanying Donald Trump to Seoul following the G20 summit in Osaka.

Regardless of the rumours pertaining to a meeting with Kim, the President will meet with South Korean leader Moon Jae-in, where undoubtedly Pyongyang will be on the agenda.

This poses a significant week for the peninsula. If one is feeling optimistic, it could prove to be a turning point in the promulgation of U.S.-DPRK diplomacy. With Pyongyang still emitting signals that it has not yet given up on diplomacy, albeit on considerate terms, Moon will be aiming to lobby Washington officials to soften their stance on sanctions and compromises concerning the DPRK, hoping to lay the foundations for a meaningful agreement.

This has also fuelled rumours of a snap Kim-Moon summit in the midst of it all. Thus, if this weekend is conducted correctly, progress can be made.

U.S.-DPRK diplomacy in recent months has not been great, yet the process has not collapsed completely. For all their differences, neither side truly wants a return to confrontation, with both sides desiring to gain something significant from the other. 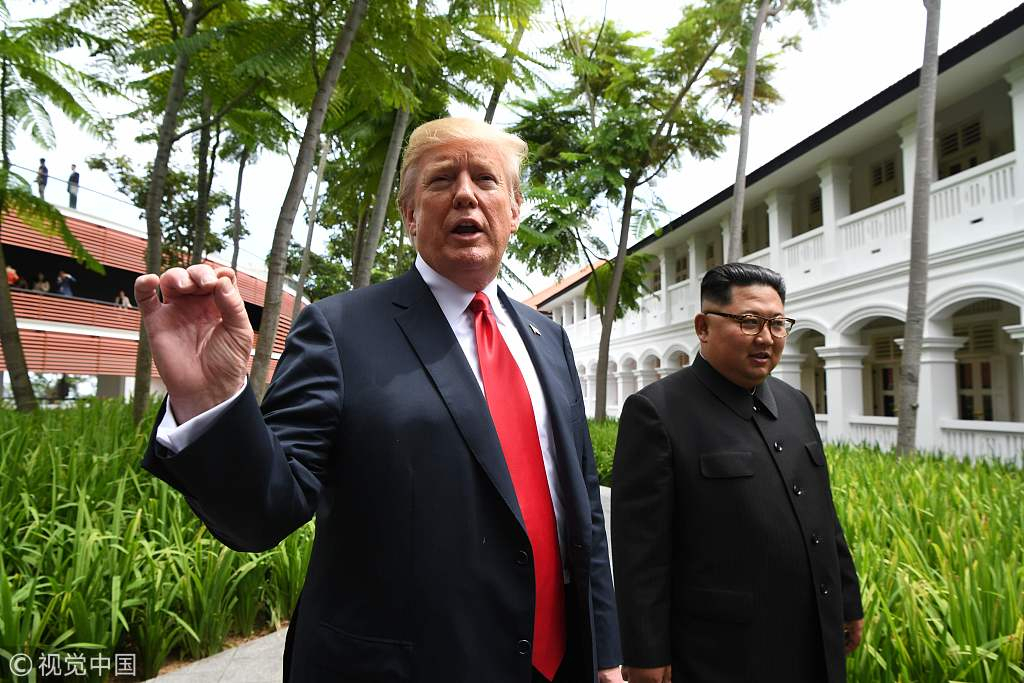 U.S. President Donald Trump (L) speaks to the media as he walks with DPRK leader Kim Jong Un (R) during a break in talks at their historic summit at the Capella Hotel on Sentosa island in Singapore, June 12, 2018. /VCG Photo

U.S. President Donald Trump (L) speaks to the media as he walks with DPRK leader Kim Jong Un (R) during a break in talks at their historic summit at the Capella Hotel on Sentosa island in Singapore, June 12, 2018. /VCG Photo

Whilst Washington focuses its wrath on Iran, Trump has been happy to dismiss recent missile tests. Similarly, whilst DPRK illustrates displeasure against certain members of the administration, Kim has maintained a tactful personal charm offensive towards Trump, the display of the "excellent letter" from the President in state media being the latest sign of such.

Despite these high level gestures, there has nevertheless been no roadmap on how to move forward, the biggest sticking points being the broader questions of "who gives what?" and "in exchange for what?"

This translates into a debate concerning how much sanctions relief Pyongyang should be offered and for how many concessions. Hardliners in Washington have sought to maintain the status quo unless the DPRK surrenders its entire nuclear program, something Kim Jong Un finds strategically naïve and unacceptable.

Thus whilst diplomacy has been sustained and the risk of escalation is for now is minimal, it has not totally removed.

But can this weekend make the difference? In Seoul, Trump and his officials will meet with President Moon Jae-in. The Blue House has been a big advocate of pragmatic diplomacy towards Pyongyang, urging Washington to lift sanctions to facilitate inter-Korean projects and create space for further diplomacy.

Moon's paramount goal has been to transform relations between the two Koreas to the point where Pyongyang's rationale security concerns in maintaining a nuclear program would no longer be necessary.

So far however, progress has been limited with the White House largely ignoring Seoul's pleas over sanctions blocking certain initiatives. However, with rumours abounding over the potential summits; Washington may be prepared to offer more flexibility to its position rather than to simply sign up to meetings which repeat the disastrous outcome of Hanoi. 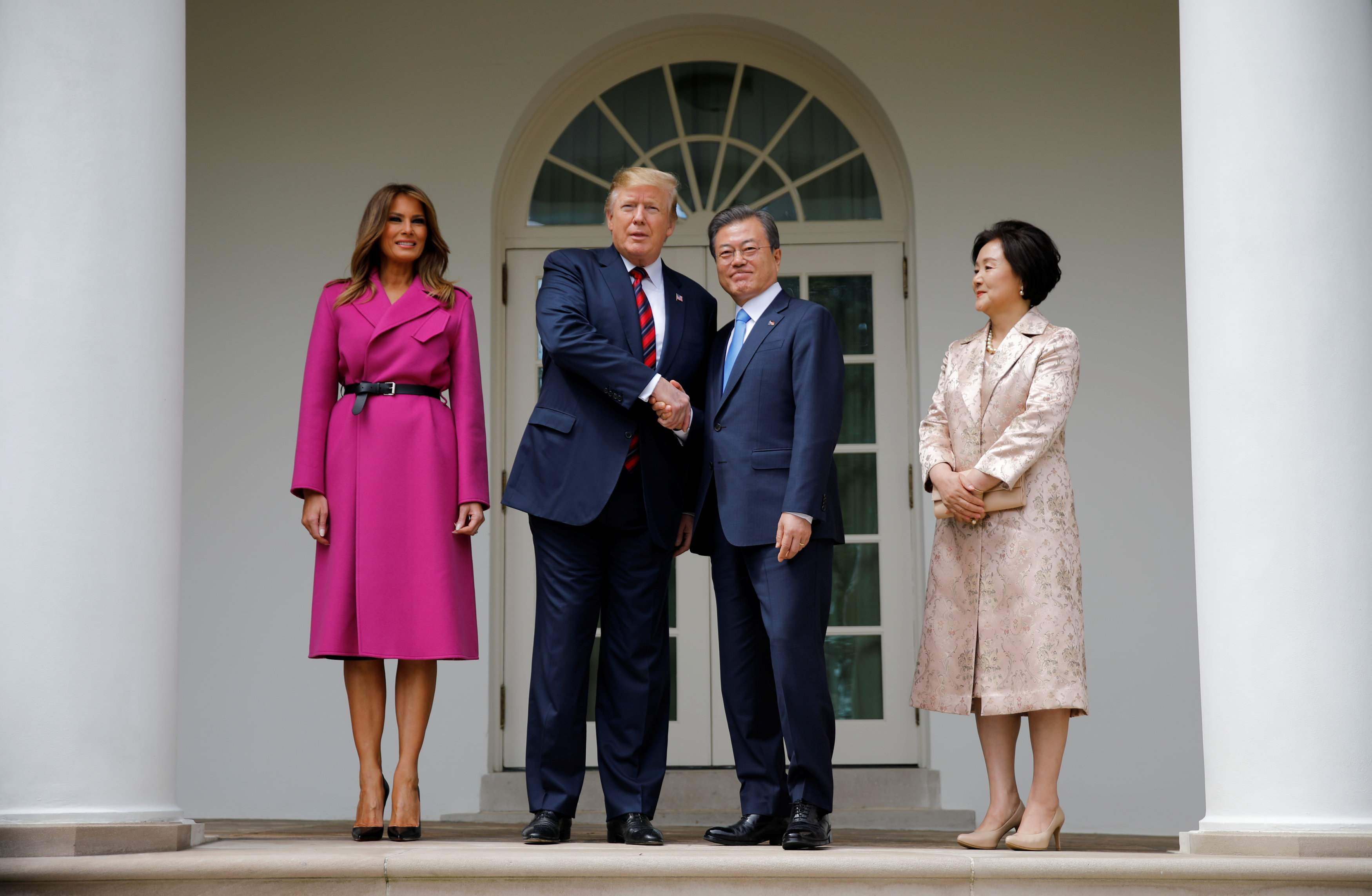 Given this, whilst there have been rumours of a Trump-Kim summit, especially with the large number of senior U.S. officials visiting Seoul, there also been talk of a snap Moon-Kim summit.

With the South Korean President positioning himself as a mediator between the two sides, he has sought to get Kim Jong Un on board with the view to making commitments pertaining to future denuclearization and peace efforts, the Panmunjom summit having laid a groundwork for this.

Although irate at Seoul's inability to bypass sanctions pertaining to inter-Korean projects, the DPRK has continued to herald the legacy of Panmunjom in its "people's country mass games", attended by Chinese President Xi Jinping last week.

Thus, again there are positive indications Pyongyang has not given up on this process completely and if the right offers are considered to be at hand, Kim will once again be prepared to put elements of his nuclear program on the table.

Thus as a whole, whilst we don't know precisely know what will happen this weekend beyond the scheduled Trump-Moon meeting, observers should view it as an opportunity which can yield positive outcomes for the Korean peninsula.

Summits now, or summits later are an opportunity to kickstart diplomacy again and hopefully come to terms with respective differences.

Neither side wants to give up on diplomacy just yet. Thus, following the unfortunate outcome of the Hanoi summit, this is a chance for Washington to salvage something and make some meaningful progress. In essence, it's their weekend to lose.