The U.S. and the dumbed-down economic war on Iran
Bobby Naderi 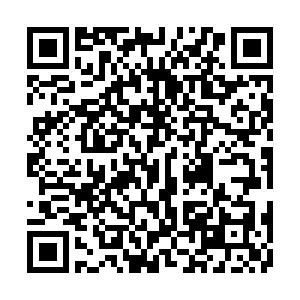 Editor's note: Bobby Naderi is a journalist, current affairs commentator, documentary film-maker and member of the Writers Guild of Great Britain. The article reflects the author's opinion, and not necessarily the views of CGTN.

U.S. President Donald Trump and his armchair warriors on Capitol Hill have escalated their belligerent policies and dumbed-down plans against Iran, especially in the realm of economic warfare.

In yet another rebuff to international diplomacy, Trump, who wants “to make Iran great again”, signed an executive order on Monday, June 24, imposing what he called “hard-hitting” new sanctions on Iran in response to the downing of an unmanned U.S. drone in the Strait of Hormuz by the Islamic Republic.

According to U.S. Treasury Secretary Steven Mnuchin, the new sanctions deny Iran’s Leader Ayatollah Ali Khamenei and his office access to key financial resources. As foolish as it may seem, in addition to eight military leaders, the U.S. is also sanctioning Foreign Minister Mohammad Javad Zarif.

The stated agenda is to ratchet up pressure on Tehran “until the regime abandons its dangerous activities including its nuclear ambitions.” Other goals include: to contain Iran’s influence in the region and curtail its ability to finance national development plans by blocking its access to international technology and market. 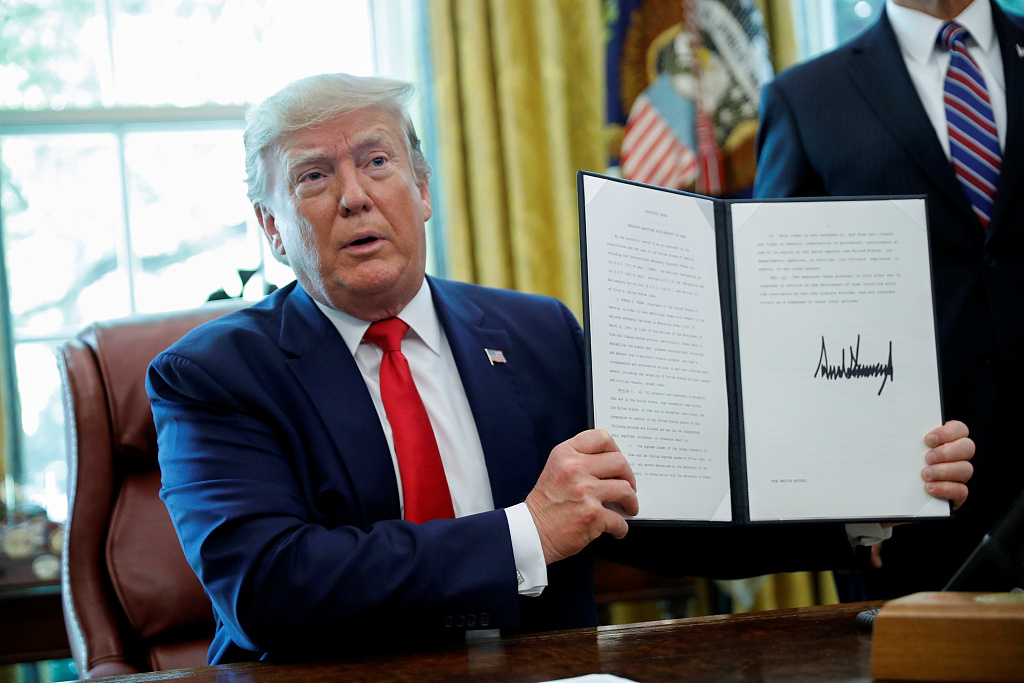 This is not an attempt to question the effectiveness of the new sanctions. That’s the question that will likely come to the fore when Trump faces the fact that under the nuclear deal still backed by Britain, France, Germany, Russia and China, he cannot impose the unjustified sanctions and get away with it. As maintained in 15 reports by the International Atomic Energy Agency (IAEA) and European Union Foreign Policy Chief Federico Mogherini, Iran has been in full compliance with the requirements of the nuclear deal.

Nonetheless, the 45th president of the United States faces a key Iran-related decision: To give diplomacy and multilateralism a chance or go beyond the bounds of international law, view the counterproductive sanctions as a tool of power and influence, and listen to Iran hawks whose stated agenda is to provoke Iran, alienate Washington’s NATO allies, and escalate toward yet another costly military dust-up in the Persian Gulf.

In their rushing, the Trump administration officials have decided to maximize pressure on Iran. If this all seems a little rushed and desperate, it is. Despite the complexity of the present situation, it is still not that hard to realize that bulls in China shop cannot extinguish the fire in the Persian Gulf if they themselves are the arsonists.

Trump’s rushed executive order has nothing to do with “containing Iran” and everything to do with power play and keeping a military footprint in the region. The perverse essence of this gambit is based on a cynical miscalculation meant to prolong the economic war and protect Washington’s illicit interests. It is no surprise, then, that this will only get much uglier.

However, the signs are there that the U.S. is still playing the victim card to save its hegemony. It is obvious that Trump does not  want to take responsibility (a classic sign of victim behavior) for the latest saga – a U.S. drone shot down in the Strait of Hormuz. He has trouble accepting that the U.S. Navy has played a role in this. Instead, he holds onto his grudges, points the finger at Iran, and ignores the U.S. Navy’s undeniable role in perpetuating the problem. 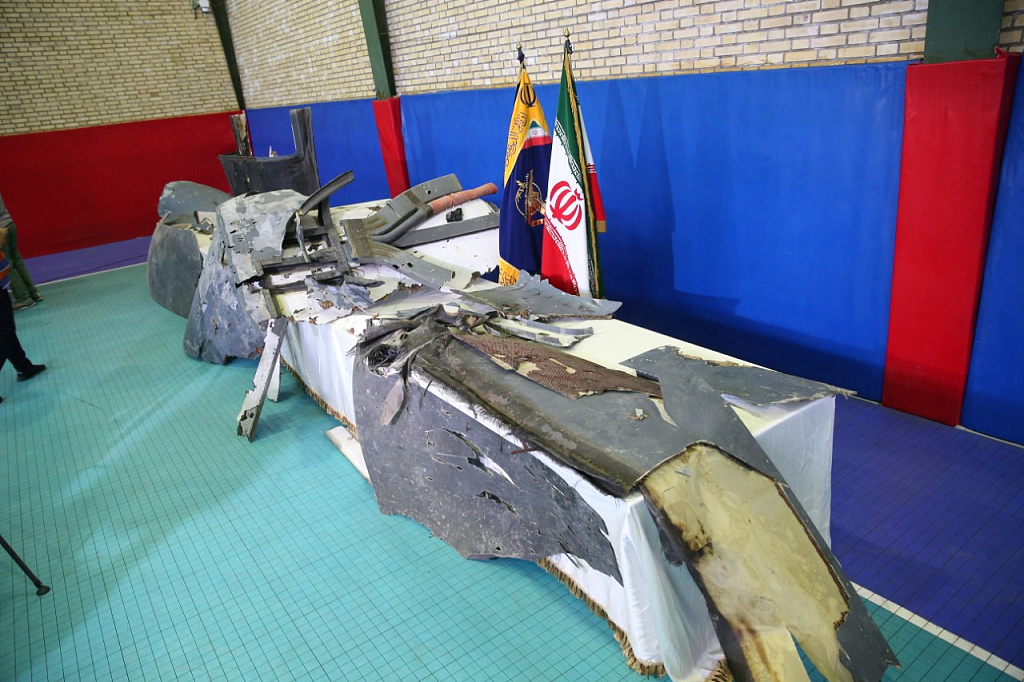 The purported wreckage of the American drone is seen displayed by the Islamic Revolution Guards Corps (IRGC) in Tehran, Iran June 21, 2019. /VCG Photo

The purported wreckage of the American drone is seen displayed by the Islamic Revolution Guards Corps (IRGC) in Tehran, Iran June 21, 2019. /VCG Photo

Under current geopolitical environment, the Trumpsters should avoid thinking they are perfect and that they can prolong their unipolar moment, issue diktats to Iran, and dismiss the multipolar reality they live in. This arrogance and narcissism close them off from having trustworthy and cooperative relationship even with allies like the United Arab Emirates, whose Minister of State for Foreign Affairs Anwar Gargash has said, “Tensions in the Gulf can only be addressed politically. Crisis long in the making requires collective attention; primarily to de-escalate and to find political solutions through dialogue and negotiations.”

Let's hope that would be the case. Otherwise, as President Hassan Rouhani has warned, the Iranian government will return to the previous nuclear path even more vigorously than they could imagine.