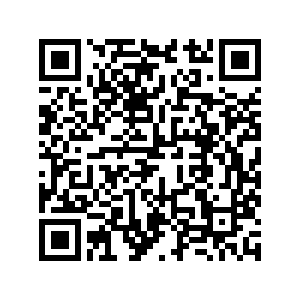 Life can be hard for a town that endures gusts of sand and wind 200 days a year. Farmers in the Gobi Desert of northwest China's Xinjiang Uygur Autonomous Region are looking for alternatives to a prosperous life.

Heat and drought might have been an obstacle for growing crops, but not for raising birds. Pigeon raising has a long history in Hotan Prefecture, but its scale didn't expand until a few years ago.

Now the farms in Luopu, the biggest county in Hotan, raise about 100,000 squabs, or young pigeons every year. These small birds are expected to make a big fortune for local farmers.

"Each employee can earn 24,000 yuan per year. The poverty line is set at 4,000 yuan for annual income. So one man at work can lift an entire family of six out of poverty," said Chen Xuexian, head of a local pigeon farm.

Pigeon raising offers local farmers a way out of poverty. Eggs and meat are distributed nationwide. 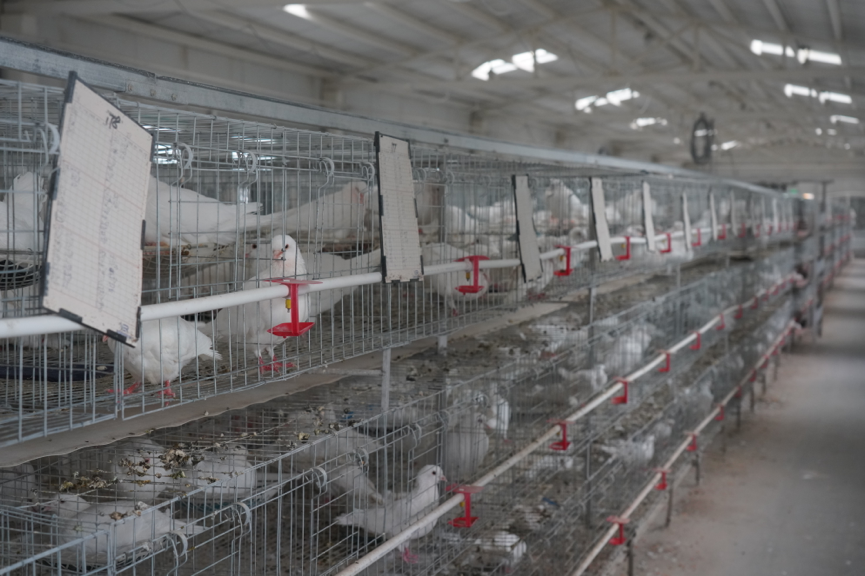 Pigeon manure is made into organic fertilizer. /CGTN Photo

Pigeon manure is made into organic fertilizer. /CGTN Photo

With the support of modern technology and mass automation, egg and meat production increased. Pigeon raising has become a pillar industry in the county, providing jobs for 7,500 poverty-stricken families.

Fighting poverty has been a major target for Xinjiang. Last year, southern Xinjiang launched 1,400 poverty alleviation projects in 22 of its most impoverished counties – Yutian is one of them.

Urkesh Meweson, 21, works at a glove factory. Her family used to grow wheat and corn, making an income barely enough to feed them.

"I'm earning more than before, and my life is getting better. I want to save money to buy a car and pay off my son's college tuition fees when he grows up," said the quality inspector. 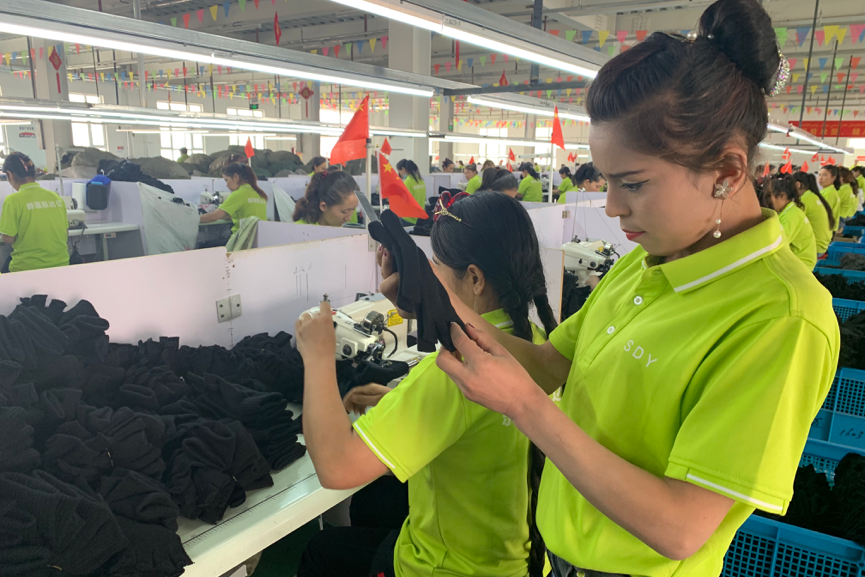 Meweson inspect the quality of gloves with a ruler. /CGTN Photo

Meweson inspect the quality of gloves with a ruler. /CGTN Photo

Since working here, Meweson's life quality took a turn for the better. She and her husband, who's a truck driver, together make 10,000 yuan (1,450 U.S. dollars) per month. The money may not be much compared to that of some inland cities, but it's a considerable income.

"My family was poor so I didn't go to school. So when I got my first paycheck, the first thing I did was buy my children nice clothes, books and toys," said Reylam Memetzi.

The former housewife is one of the 530,000 people who overcame poverty in Xinjiang last year. The region aims to lift another 600,000 people this year – a step closer on the last mile to end poverty by 2020.