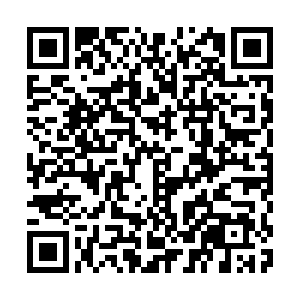 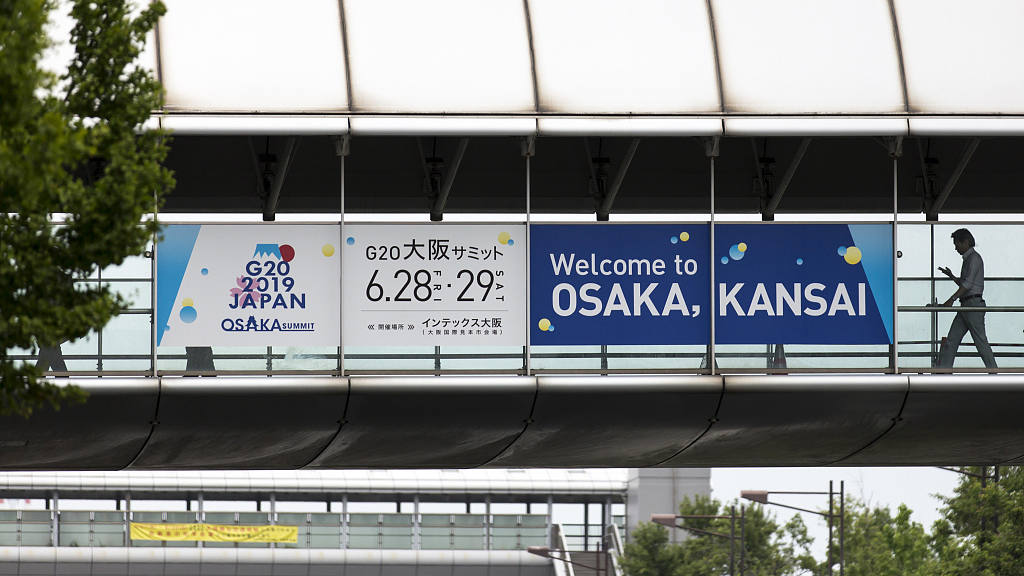 Editor's note: Ken Moak, who taught economic theory, public policy and globalization at university level for 33 years, co-authored a book titled "China's Economic Rise and Its Global Impact" in 2015. The article reflects the author's opinion, and not necessarily the views of CGTN.

The two-day G20 Summit will take place in Osaka, Japan on Friday and Saturday this week. Chinese President Xi Jinping and American President Donald Trump will be in attendance.

Thus far, the G20 has found it hard to fulfill an effective role for different reasons. While the G20, which accounts for over 85 percent, 80 percent and 67 percent of world GDP, trade and population respectively, has the muscle to play a strong role in shaping world affairs, its diversified membership with their colliding interests have precluded it from fulfilling its mandate.

With Trump creating havoc to the global economy and risking world security, the Osaka G20 meeting could present an opportunity for the other leaders to make the organization more relevant, playing a more important role on addressing global issues such as climate change and trade imbalances. It is in their interest and that of the world that the G20 exert greater influence.

The G7 felt into irrelevancy because of the U.S.-originated 2008 financial crisis, sinking the members (except Canada because of huge Chinese purchases of its resources) into the “Deep Recession” which the world had not seen since the 1930s Great Depression. Drowning in debts, it did not have the financial muscle to address world problems.

Moreover, the G7 was never a “voice” for the world, pursuing only its members’ interests often at the expense of developing nations. Until the Uruguay Round, the previous Rounds of Negotiations under the General Agreement on Tariffs and Trade (GATT) framework wrote the rules for the world trade system without inviting the developing nations such as China and India. 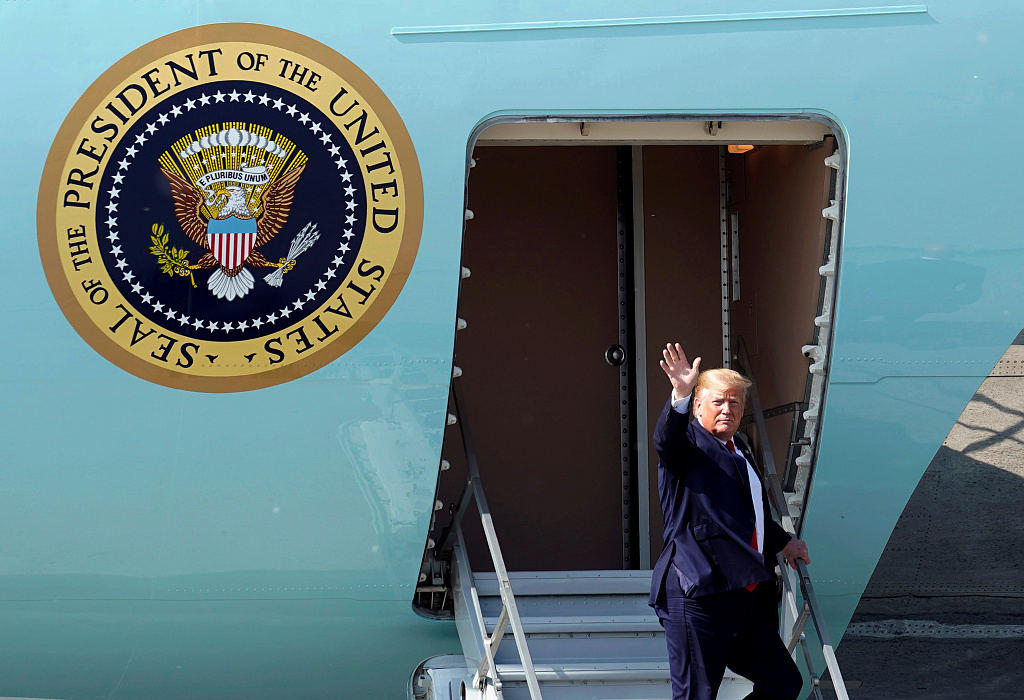 But with emerging markets - China, India, Russia and Brazil – becoming increasingly strong economically and geopolitically coupled with the G7 in relative decline, the “zero-sum” policies could not be sustained.

G20 will play a meaningful role in shaping global affairs.

As indicated earlier, different stages of development created conflicting interests between “rich” members and their “poorer” cousins. They do not always see issues in the same light and have different approach in addressing them. For example, the developed countries demanded that developing countries reduce substantially or totally eliminate farm income subsidies, but insisted on keeping their own. Unwilling to compromise was the major reason why the G20 became ineffective in fulfilling its role, not the China-U.S. trade war as some analysts claim.

The China-U.S. trade war has inflicted considerable damage, risking a world recession. Being the world’s two largest economies, the downward economic trajectory adversely impacted the global economy, thanks to the U.S.-inspired supply chain. The EU, Japan, Republic of Korea (ROK), etc., are recording less than two percent growth without any light on the other side of the tunnel to brighten up the economies.

What’s more, the trade war has spilled over to the geopolitical realm. In addition to ratcheting its anti-China rhetoric, the U.S. is pressuring allies and other countries to take sides and join it in countering China’s rise, putting them in a “no-win” or even dangerous situation.

Joining the U.S. amounts to “biting the hands that feed you” because China is the G20 members' largest trade partner or important to their economic well-being. For example, Australia cannot totally alienate China because the latter buys around 25 percent of its exports.

A similar narrative applies to other economies, explaining why the Association of Southeast Asian Nations (ASEAN), Japan, EU and others are not taking sides and pursuing a more independent foreign/trade policy. The ASEAN, for example, is working to establish the 16-nation Regional Economic Cooperation Partnership (RECP) by the end of 2019. This is a clear sign that the 10-member ASEAN is highly dependent on China, at least economically. 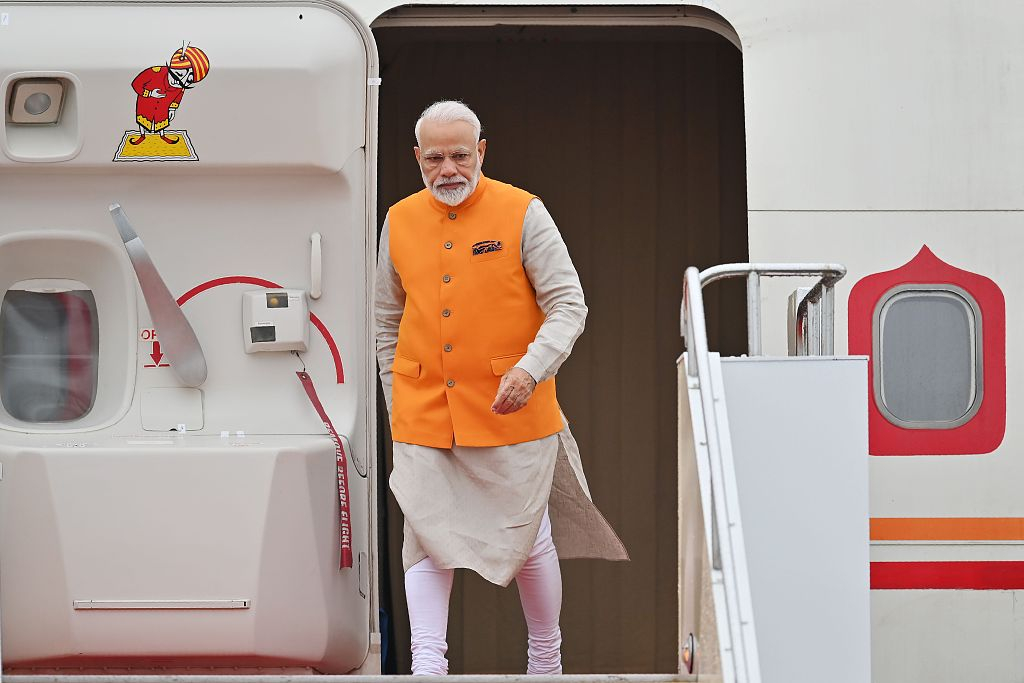 China is in a position to enhance economic well-being via its increasingly expanding Belt and Road Initiative (BRI), enormous domestic market size and financial toolkit. What’s more, other than the U.S., the G20 countries share China’s vision of multilateralism or globalization.

Staunch U.S. allies in Europe and Asia are criticizing U.S. policies on the Iran nuclear deal, climate change and tariffs because the American postures are hurting their national and global interests. Trump’s withdrawal from the Iran nuclear deal has eroded EU, Japanese and other nations’ business relationship with the Islamic Republic. Not dealing with climate change has culminated in increases in natural disasters and U.S. tariffs are risking a global recession.

That said, the world is heartened by the major world leaders not taking sides and forging a path that would enhance their national interest. In this sense, a force might be emerging to make the G20 (and other multilateral institutions such as the United Nations) more relevant or play a meaningful role in shaping global affairs.

It would seem that the leaders are stepping up, making their voices heard and by extension creating a stronger G20. There is reason to be optimistic that the leaders are not letting the China-U.S. trade spat highjack the G20 agenda, like it did at the Argentina summit.