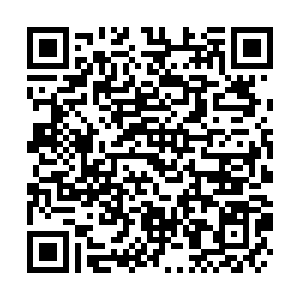 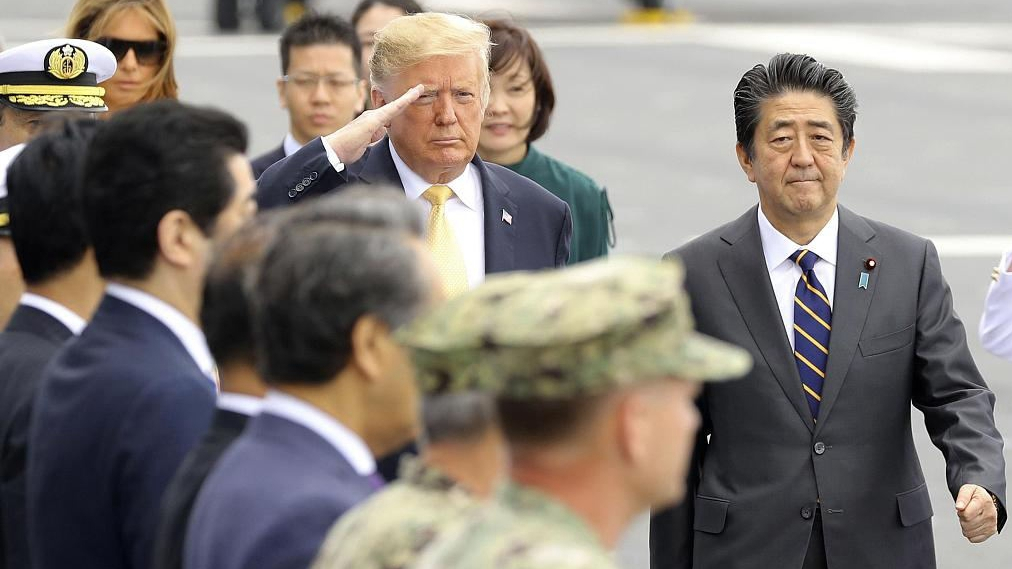 U.S. President Donald Trump renewed his criticism of the U.S.-Japan security alliance, the linchpin of Tokyo's security policies, ahead of talks with Japanese Prime Minister Shinzo Abe on the sidelines of the G20 summit in Osaka this week.

Trump was responding to a question in a Fox television interview in Washington on Wednesday about what bilateral deals he would like to see with various countries including Japan. Tokyo and Washington are engaged in difficult trade talks as Trump's administration seeks to lower the U.S. trade deficit.

"Almost all countries in this world take tremendous advantage of the United States ... Like even Japan on the treaty, we have a treaty with Japan. If Japan is attacked, we will fight World War Three," Trump said.

"We will go in and we will protect them and we will fight with our lives and with our treasure. We will fight at all costs, right? But if we're attacked, Japan doesn't have to help us at all. They can watch it on a Sony television, the attack."

Japanese Chief Cabinet Secretary Yoshihide Suga, asked about the remarks, said the two governments had not discussed revising the treaty and dismissed the notion that the pact was unfair.

"The obligations of the United States and Japan ... are balanced between both countries," he told a news conference. 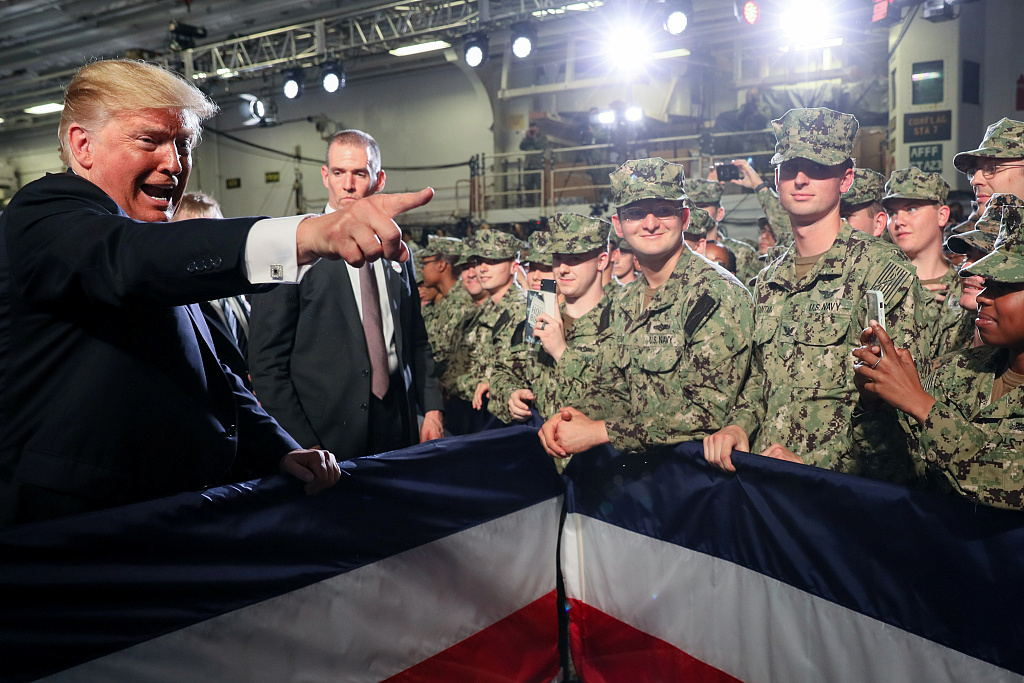 Trump greets sailors after a speech aboard the USS Wasp at JMSDF Yokosuka base in Yokosuka, south of Tokyo, Japan, on May 28, 2019. /VCG Photo

Trump greets sailors after a speech aboard the USS Wasp at JMSDF Yokosuka base in Yokosuka, south of Tokyo, Japan, on May 28, 2019. /VCG Photo

Under the decades-old U.S.-Japan security treaty, the United States has committed to defending Japan, which renounced the right to wage war after its defeat in World War Two.

Japan in return provides military bases that Washington uses to project power deep into Asia, including the biggest concentration of U.S. Marines outside the United States on Okinawa, and the forward deployment of an aircraft carrier strike group at the Yokosuka naval base near Tokyo.

Trump is scheduled to hold nine bilateral meetings, with nations such as Japan, China and Russia, at the June 28-29 G20 summit.

A deterioration in U.S.-Japan ties that resulted in an end to the security pact, which puts Japan under the U.S. nuclear umbrella, could force Washington to withdraw a major portion of its military forces from Asia.

It would also force Japan to seek new alliances in the region and bolster its own defenses, raising concern about nuclear proliferation in the tense region.

On a visit to Japan in May, Trump said he expected Japan's military to reinforce U.S. forces throughout Asia and elsewhere as Tokyo bolsters the ability of its forces to operate further from its shores.

Abe, who has cultivated warm ties with Trump since the U.S. leader took office, has pledged to strengthen Japan's defenses. He also wants to revise the nation's post-war, pacifist constitution to clarify the ambiguous status of its military.