Xi: China-ROK cooperation conforms to trend of the times
CGTN 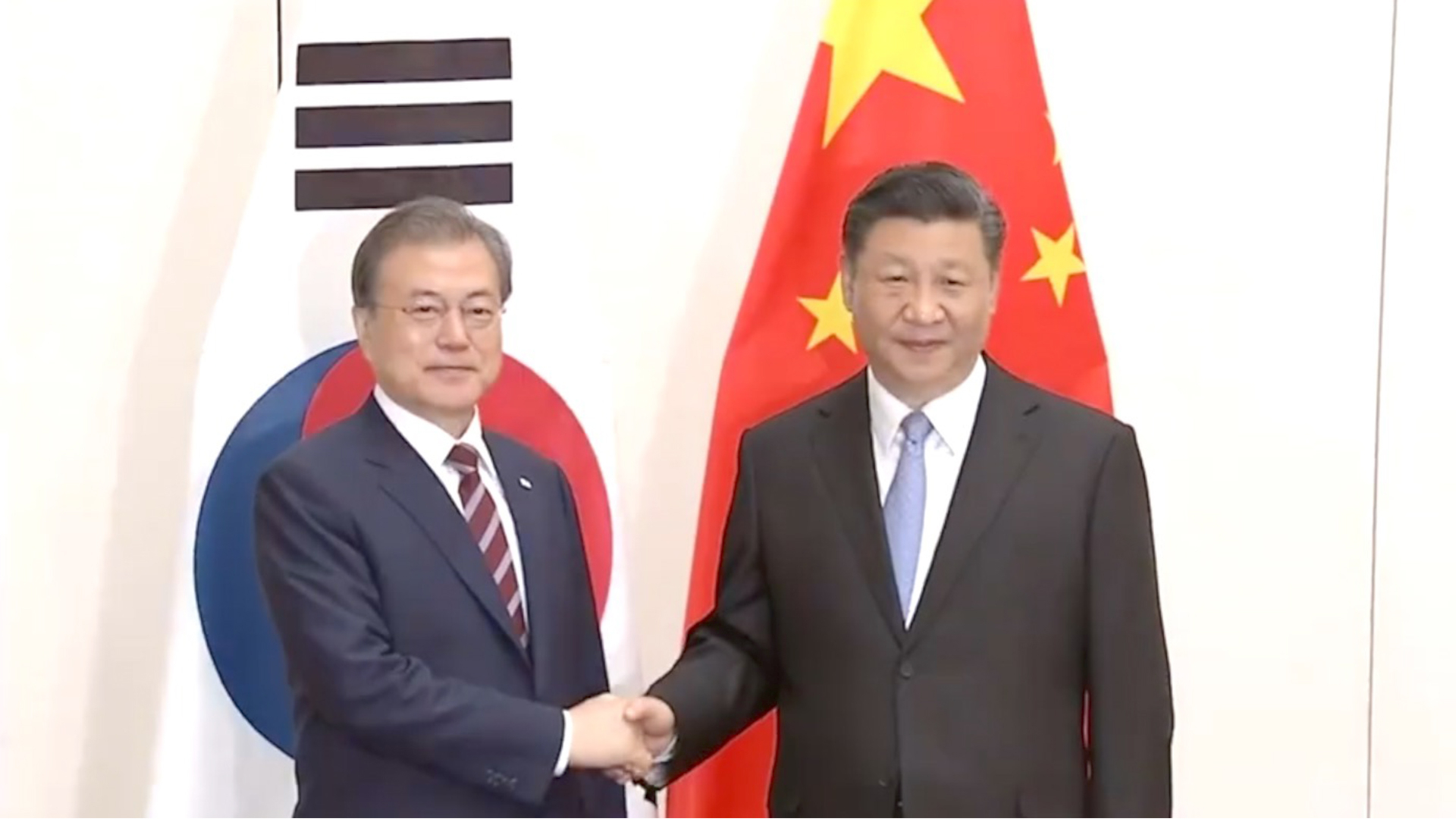 China and the Republic of Korea (ROK) should enhance Belt and Road cooperation, maintain and strengthen communication at different levels, and jointly safeguard multilateralism and the free trade system, Chinese President Xi Jinping said Thursday during a meeting with his ROK counterpart Moon Jae-in.

Xi pointed out that the friendly cooperation between China and the ROK conforms to the trend of development, adding that China is ready to expand cooperation in trade, technology, finance and environmental protection and accelerate the second-phase negotiations of the bilateral free trade agreement with the ROK.

The Chinese president also proposed that the two countries strengthen coordination and cooperation within multilateral frameworks such as the UN and G20, jointly safeguard multilateralism and the free trade system against a background of rising unilateralism and protectionism, and work toward an open world economy.

China-ROK win-win cooperation should not be influenced by external forces, said Xi, urging the ROK to handle relevant issues properly.

Regarding the Korean Peninsula issue, Xi noted that political settlement still remains the optimal option, reiterating that the disputes should be resolved through dialogue with a phased and synchronized approach.

China supports leaders of the U.S. and the Democratic People's Republic of Korea (DPRK) holding a new round of talks, Xi added.

Moon echoed Xi's remarks and hailed the sound development of the bilateral ties.

Moon also spoke highly of China's vital role in promoting the easing of the Korean Peninsula situation and the settlement of the peninsular issue. He said that the ROK stands ready to improve inter-Korean relations and cooperate with China more closely in this regard.