G20 Data Breakdown: How have members performed over the past decade?
By John Goodrich and Zhang Huimin 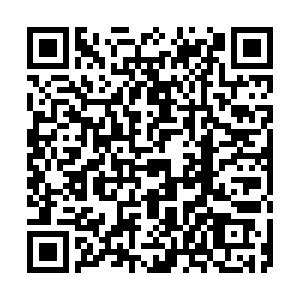 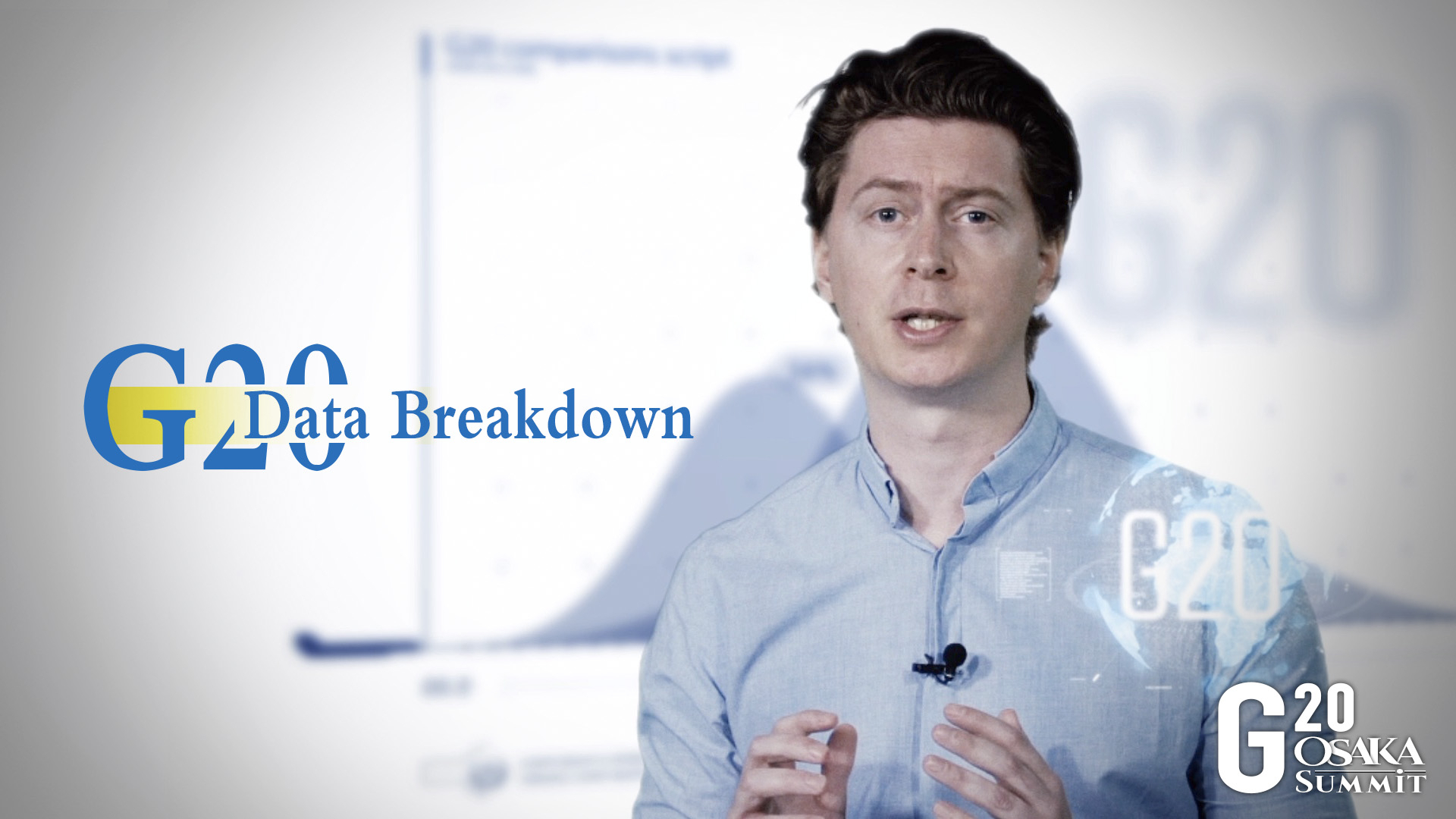 Eleven years on from the first G20 leaders' meeting, the world has been on a long journey back from the depths of the global financial crisis.

While there are again warning signs, from slowing growth and debt to trade disputes, the global economy has stabilized and the G20 has broadened its remit – but economic issues remain the backbone of the group.

At the Osaka G20 Summit, the economy, trade, investment, and innovation are on the agenda. So how have G20 members developed over the last 10 years?

Here are some key trends.

World Bank gross domestic product (GDP) data from 2007-2017 shows how developed economies within the G20 stuttered in the midst of the financial crisis, while China, and to a lesser extent India and Brazil, continued to grow steadily through the decade. 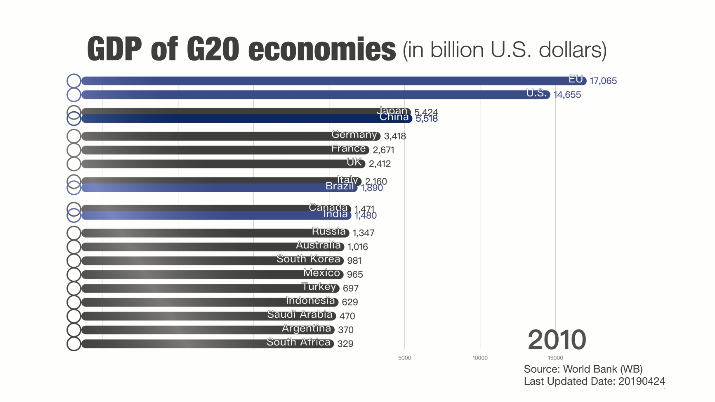 European Union economies were nevertheless knocked off course by the crisis and the ensuing difficulties in the eurozone – they continued to experience weak growth throughout the period, and dropped down the rankings of the world's biggest economies.

The United States was also hit hard, but showed strong signs of recovery in 2011 and has continued to grow steadily since.

Foreign direct investment is crucial to the growth of emerging economies, bringing in expertise as well as capital and helping to increase international trade.

Data from 2008-2017 shows a investment in China and India doubled, though far higher volumes of FDI headed to China. Both countries also increased their investment outflows in the period.

The other BRICS countries performed less well, with Brazil, Russia and South Africa attracting similar levels of investment at the end of the period as at the beginning. 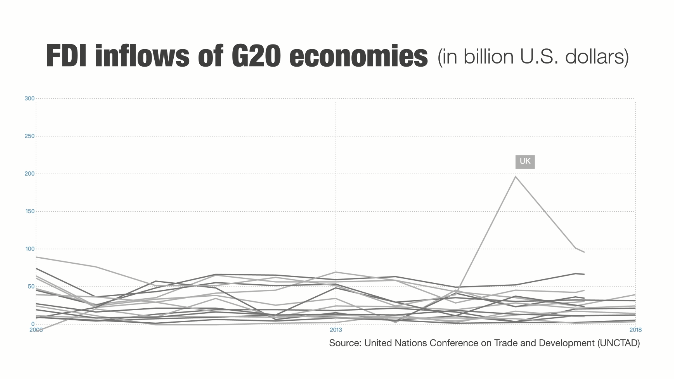 Among developed economies there was a huge spike in investment in the EU and the United States in 2015 and 2016, as a result of what the Organisation for Economic Co-operation and Development described as a period of financial and corporate restructuring.

FDI levels fell dramatically the following year, with an 18 percent worldwide drop according to the OECD. At the end of the period, the EU, the US and China remained easily the most invested in G20 members.

The use of data and new technology to improve people's lives, as well as the growth of the digital economy, are high on the agenda at the Osaka G20 Summit.

Rankings from the Global Innovation Index, compiled by the World Intellectual Property Organization, indicate that over the past decade China has become increasingly innovative, rising up the rankings from 37th place in 2009 to 17th in 2018. 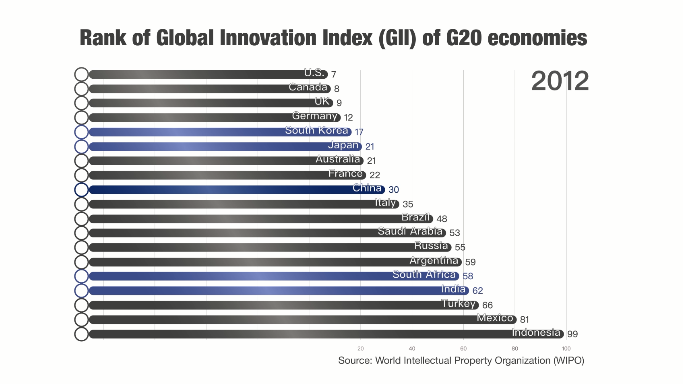 Other emerging economies such as India and South Africa have struggled to make a mark in an index dominated by European and North American nations.

EU countries and the U.S. have repeatedly ranked near the top of the innovation table over the past 10 years, with Japan and South Korea also performing well.

Data for 2009 shows the impact of the global crash on trade – exports for all G20 members dropped that year. 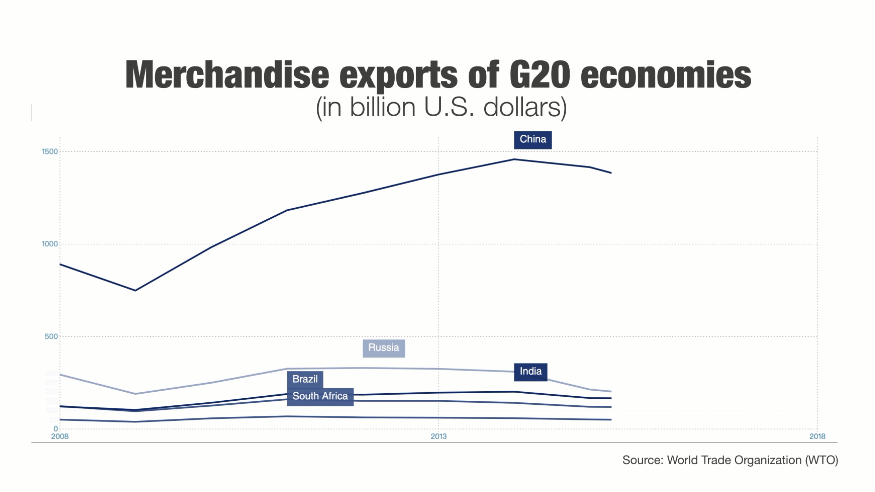 Developed countries such as the United Kingdom and France endured peaks and troughs through the 10 years, ultimately ending the period exporting at similar levels as at the beginning.

Overall world trade levels were up sharply between 2008 and 2018, but WTO Director-General Roberto Azevedo warned in a June 24, 2019 report that "trade flows are being hit by new trade restrictions on a historically high level."