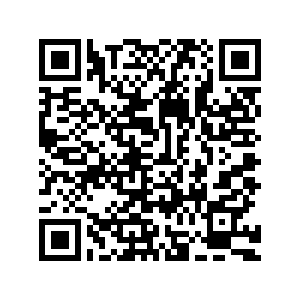 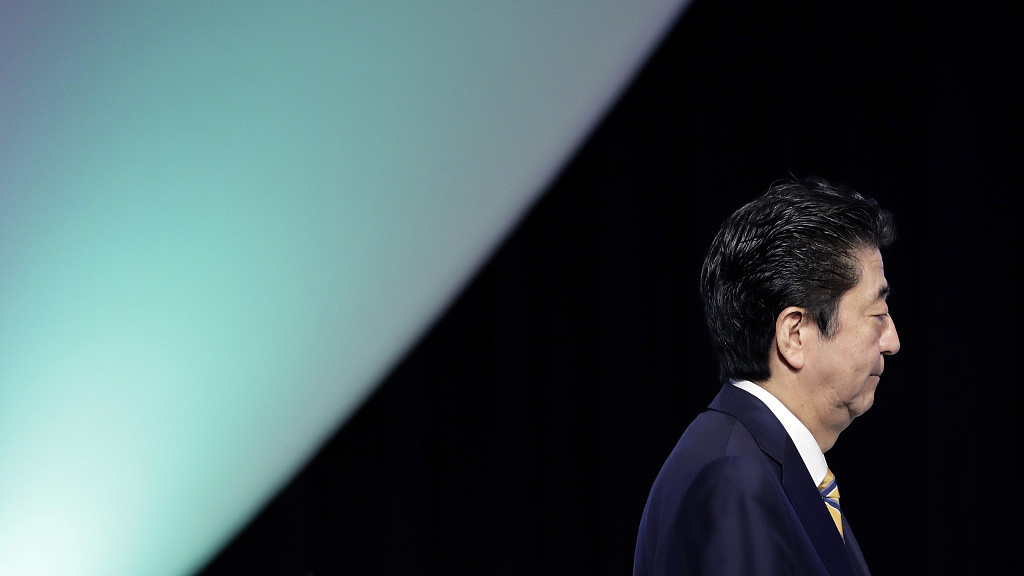 Editor's note: Chris Deacon is a postgraduate researcher in politics and international relations at the University of London and previously worked as an international commercial lawyer. The article reflects the author's opinion, and not necessarily the views of CGTN.

As the G20 summit meeting heads to Osaka this weekend for its fourteenth iteration, the host nation is at something of a crossroads in its diplomacy and world view. While the U.S. alliance continues to be of vital importance for Japan, Prime Minister Abe Shinzo is increasingly ensuring his country plays a more proactive and visible role in world affairs, independently of the U.S., with a more diverse set of partners.

Abe has argued throughout his political career that Japan's traditional post-war pacificism – including its reliance on the United States for its own security and the inability to provide the same security assurances to its own allies – has become outmoded. He, and other conservative nationalists, see these issues as relics of the Second World War and subsequent U.S. occupation which are no longer applicable to contemporary Japan, or the contemporary regional and world order.

There are multiple motivations behind Abe's position on this issue. These include ideological factors rooted in his particular politics and even, some argue, his ancestry, given the political career and unrealized ambitions of his grandfather, Kishi Nobusuke. But there are also more practical reasons Japan has sought to shift its position, many of which relate to the future of the U.S. alliance. 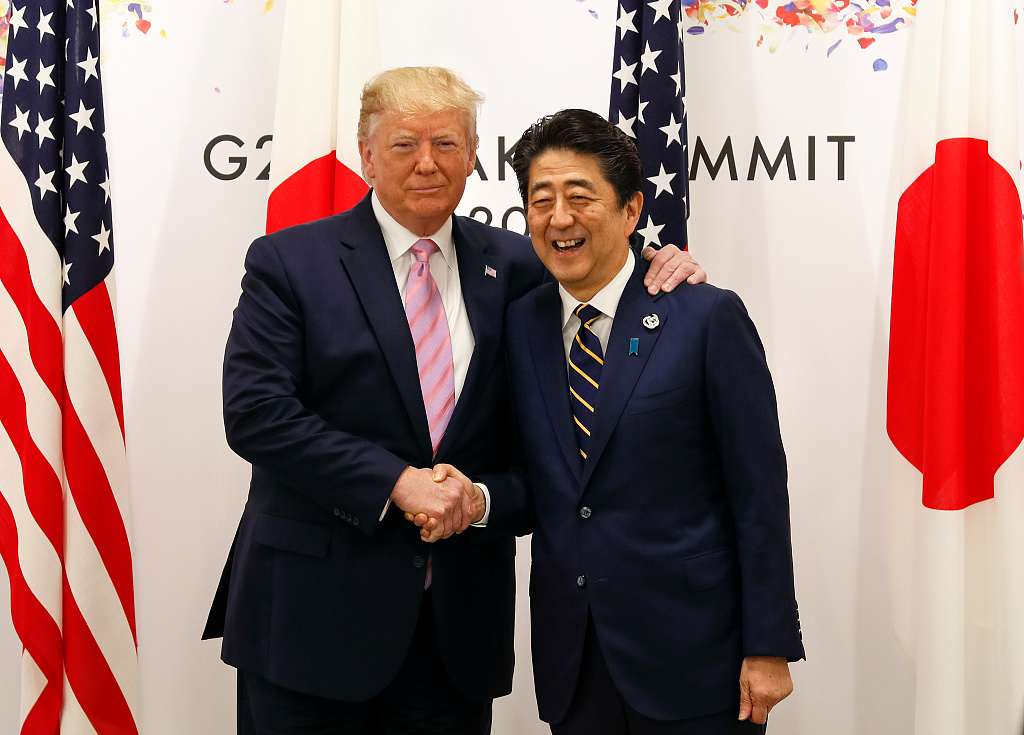 For some time, Japan has had concerns about U.S. abandonment. While such fears might seem relevant to any U.S. ally, they are particularly pertinent to Japan, given the constitutional restrictions on its military and the country's reliance on the U.S. for defense. These concerns have peaked at various times in post-war history, including, for example, Nixon's shock decision to normalize Sino-U.S. relations and the trade negotiations leading up to the Plaza Accords.

Donald Trump, however, has been the first U.S. president to repeatedly articulate a desire to completely redefine the U.S. alliance system in East Asia. While previous American leaders also spoke of "burden sharing" and the need to address trade imbalances, Trump has – in his campaign to become president and during his actual term – consistently advocated root-and-branch reform.

Trump has sought to renegotiate trade terms with key allies of the U.S. in the region, such as South Korea and Japan and, at the same time, repeatedly argued for lowering the number of U.S. troops in these countries and/or requiring that they take on a greater proportion of the financial burden of hosting US military bases.

While many of these apparent commitments – particularly those relating to security – have subsequently been walked back, and analysts are generally sceptical of Trump making any major changes to the U.S.' alliance arrangements in East Asia, the consistent rhetoric has alarmed many in Japan. It has also played into Abe's broader aims for a more proactive Japan, with diverse security, diplomatic and trade arrangements – a Japan that does not rely on the U.S.

Abe has set Japan on a path of increasingly diverse global relationships. In recent years, security cooperation has been dramatically stepped up with, for example, Australia, the UK and NATO. These arrangements are short of full alliances, and Japan is still held back to some extent by its constitutional restrictions, but still mark a significant break with the past and signal Japan's aims going forward.

With India, Abe has attempted to forge the foundations of his "free and open Indo-Pacific," seen by many as an attempt to balance against China and its Belt and Road Initiative. And, most recently, the prime minister traveled to Iran in an attempt to position Japan as a neutral interlocutor in the nation's ongoing dispute with the U.S. 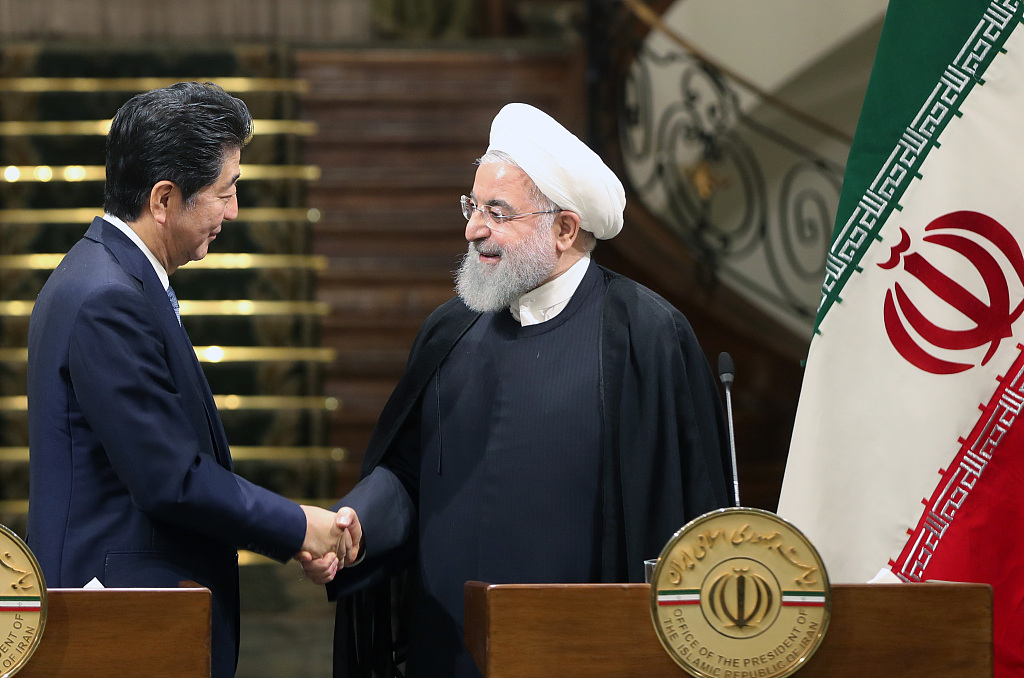 Relations between Japan and China are also currently warming. Both countries are increasingly dependent on trade with the other and Abe and Chinese President Xi Jinping appear to have developed a mutual understanding of placing the importance of economic cooperation over previously contentious disputes.

These are but some of the examples of a much more global and internationally visible Japan than existed even a decade or so ago. They show the extent of Abe's desire to "normalize" Japan not only in the sense of giving legal recognition to Japan's military, but also in playing a global role commensurate with being the world's third largest economy – not simply an "unsinkable aircraft carrier" for the U.S.

We certainly cannot say, however, that we are in some kind of post U.S.-Japan alliance world. The U.S. is still, by far, Japan's most important (and, militarily speaking, only) ally, and Abe himself has made it a personal mission of his to court Trump and create a strong relationship between the two leaders. The U.S.-Japan alliance is not going away anytime soon – but it may be morphing, along with Japan's global role more generally.

For now, Abe is able to hedge somewhat – a particularly pertinent strategy during the period of instability created by Trump's leadership style. While clearly determined to build a foreign policy legacy for himself, Abe by no means wishes to harm the U.S.-Japan alliance. Instead, he appears intent on setting Japan on a path to becoming an independent global leader and an important actor on the world stage. Hosting the G20 is not a bad stage to advertise such a role.