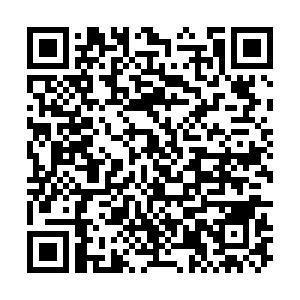 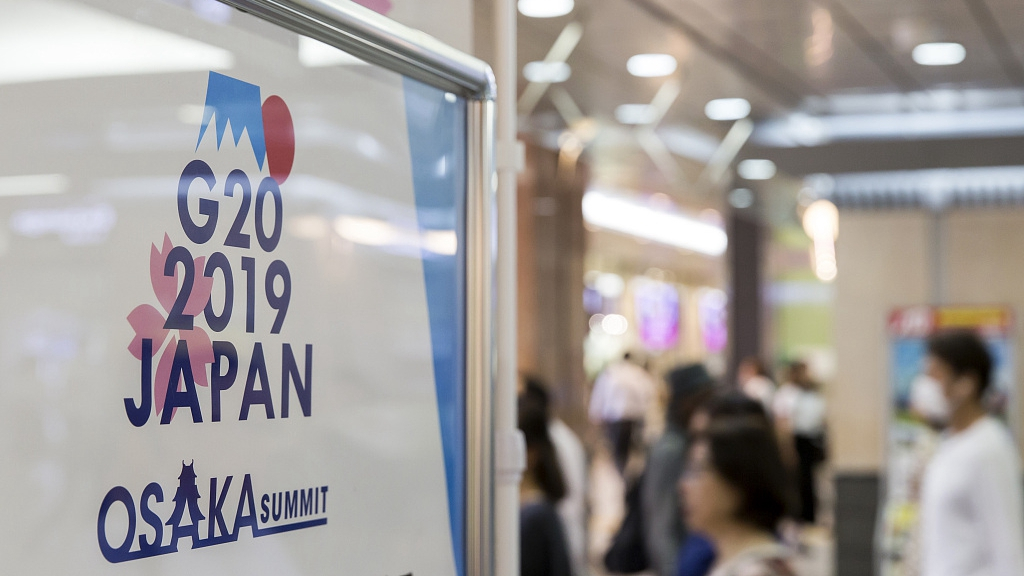 Editor's note: The following is an edited translation of a commentary that first appeared on the Chinese-language website "Commentaries on International Affairs" on June 28. The article does not necessarily reflect the views of CGTN.

The 14th summit of the Group of 20 (G20) leaders opened on Friday in Osaka, Japan. During a crucial speech delivered at the summit, Chinese President Xi Jinping called on all parties to work together to build a high-quality world economy and announced five major measures that China will take to further open up its market in the near future. This sets the direction for world economic and global governance cooperation.

This year marks the 10th anniversary of the international financial crisis, and the world economy has once again come to a crossroad.

IMF Managing Director Christine Lagarde recently pointed out that two years ago, 75 percent of the global economy experienced an accelerated growth, and this year, 70 percent of the world economies are expected to experience a slower growth.

Lack of growth is akin to an infectious disease, causing the global economy to steadily lose its vitality and the prospects are worrisome. The choices made by the major economies at this time are of crucial and far-reaching significance.

The five major opening-up measures announced by Xi Jinping include the forthcoming release of the 2019 version of the negative list on foreign investment access, further opening up of China's agriculture, mining, manufacturing, and service industries, and the establishment of six new free trade pilot zones; actively expanding imports and further reducing tariff levels.

The country will also continue to improve the business environment, implement a new foreign investment legal system from January 1 next year, and fully practice equal treatment and completely eliminate the restrictions on investors outside the negative list on foreign investment access. 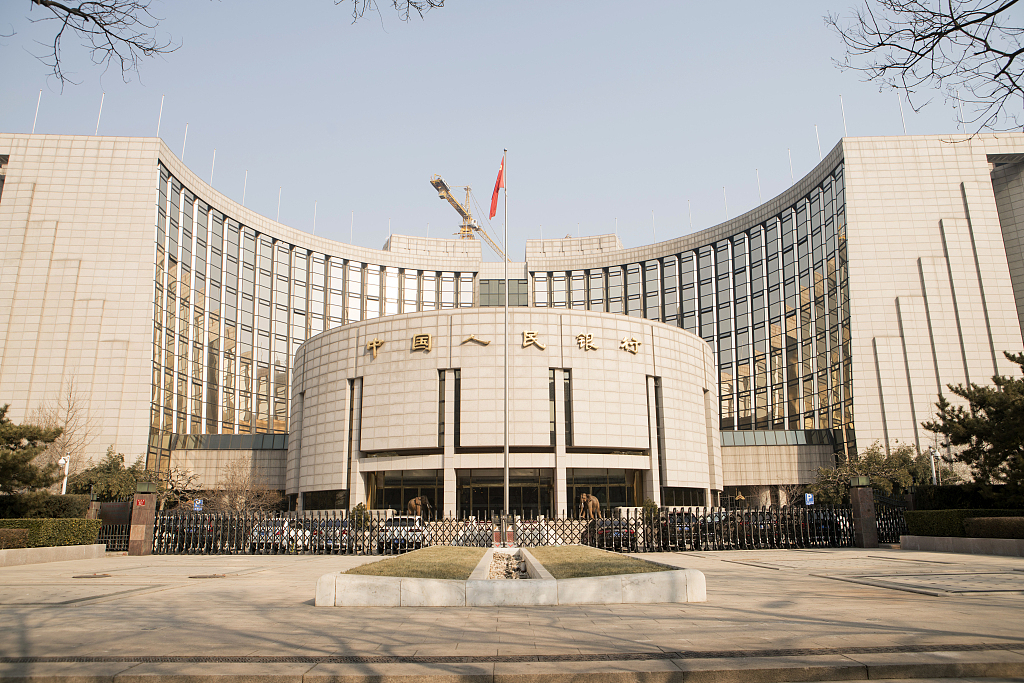 China will vigorously put forward economic and trade negotiations, and promote the early realization of a regional comprehensive economic partnership agreement to accelerate the negotiation of the China-EU Investment Agreement and the China-Japan-South Korea free trade agreement.

At present, protectionism and unilateralism continue to spread, the global industrial structure and financial stability are being impacted, and the risks and uncertainties of the world economy are rising significantly.

But China is the first to hold high the banner of opening-up and cooperation within the G20 mechanism, which has sent the world economy a positive signal, helped enhance the confidence of the global market and brought hope to the peoples of all countries.

Over the past year or so, in the face of trade frictions initiated by the United States, China has launched a series of important measures to expand its opening up process, so that China's economy will continue to advance.

In the first five months of this year, China's economic operation was generally stable. The total value of import and export of goods and trade was 12.1 trillion yuan, a year-on-year increase of 4.1 percent. The actual use of foreign capital was 369.06 billion yuan, a year-on-year increase of 6.8 percent, and the growth rate was more than five times that of the same period last year.

Despite the fact that a certain country has brandished the cudgel of tariffs and erected trade barriers, the situation has not shaken China's determination and actions to open its door wider. 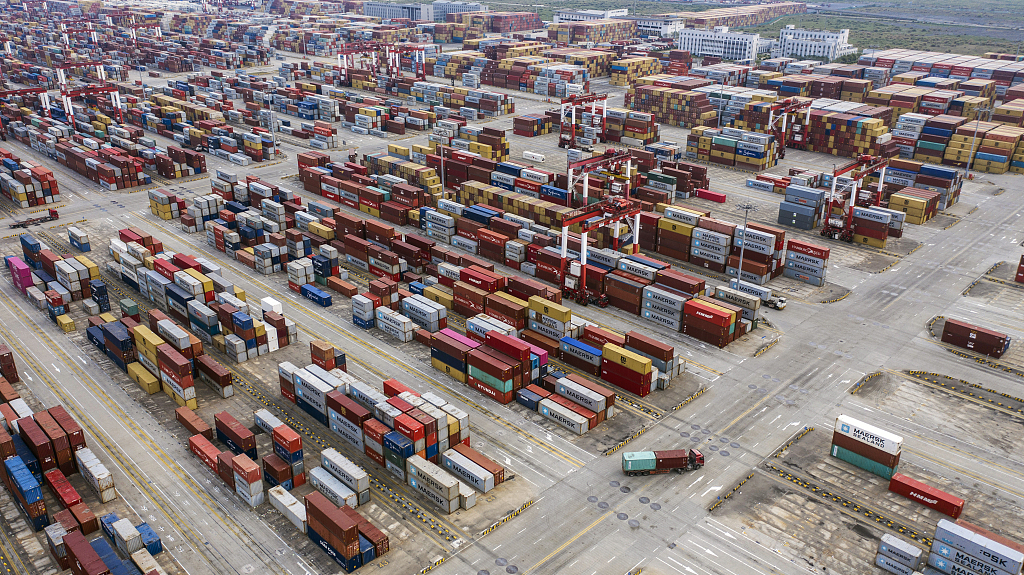 On the contrary, China has used deepening reforms and opening-up to promote its own economy toward high-quality development. The above figures prove once again that opening-up is the only way toward healthy economic development.

As an active advocate, practitioner and promoter of an open world economy, President Xi Jinping called on all countries to jointly build and maintain an open world economy so that it may maintain its health and vitality. People should be able to understand the universal value of China's wisdom and its development programs from the practice and achievements of China's opening-up.

Currently, the rapid development of science and technology has brought great opportunities for the economic transformation and upgrading of various countries, and the world economy is facing a crucial period of transition to high-quality development.

If that certain country wants now to be engaged in protectionism and unilateralism and provoke global trade frictions, the loss may not only be the curtailing of development opportunities for that country, but may also create obstacles to the growth of the global economy.

The IMF has issued a warning that if all countries can jointly accelerate the modernization of the international trading system and establish a more open, stable and transparent trading system, the GDP of G20 members is expected to increase by four percent in the long run. Otherwise the world will inevitably face the next bout of economic recession.

The world expects the leaders of various countries to make wise choices to comply with the laws of economic development and join hands in taking concerted action. 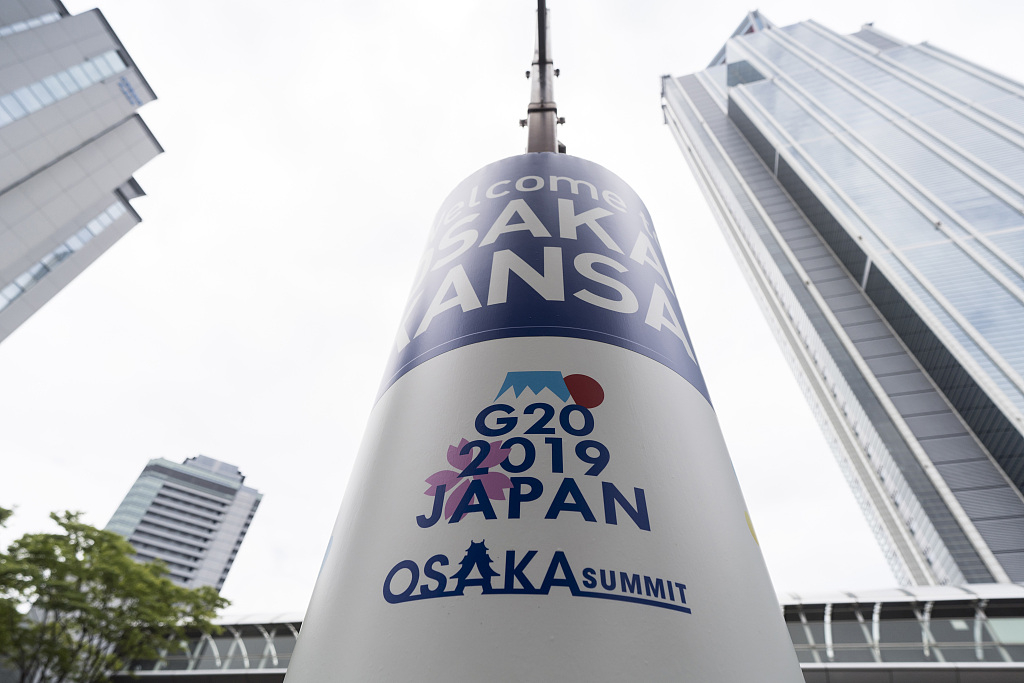 As always, President Xi has proposed an initiative at the current G20 summit to emphasize that the G20 must persist in reform and innovation, tap the growth momentum, advance with the times, improve global governance, persist in addressing difficulties, and break the bottleneck of development.

Efforts will also be made to adhere to the spirit of partnership and properly handle differences. To achieve this goal, leaders of the world's major economies need to respect the law of development, grasp the general trend of economic globalization, and share a common future.

Among them, the most important thing is to promote the spirit of partnership, mutual trust and cooperation, ease tensions, and clear obstacles to development. It is essential to seek the greatest common denominator among the differences and project the world economy toward a high-quality development track of inclusive and sustainable growth.

Appreciate the culture and values of others as one does one's own, and the world will become a harmonious whole. This is the way that Chinese culture has got along with others for thousands of years. Opening up development and mutual benefit are the common goals of China and the world.

China has been sharing development experiences and opportunities with the world through its down-to-earth opening-up initiatives. All the parties concerned hope that the Osaka summit will send a clear signal to the world to adhere to multilateralism, maintain the existing international and free trade systems, and jointly enter a new stage of high-quality development for the world economy.