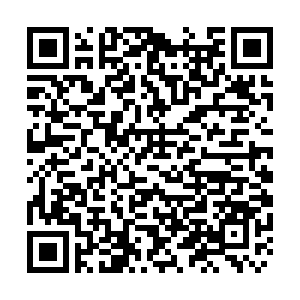 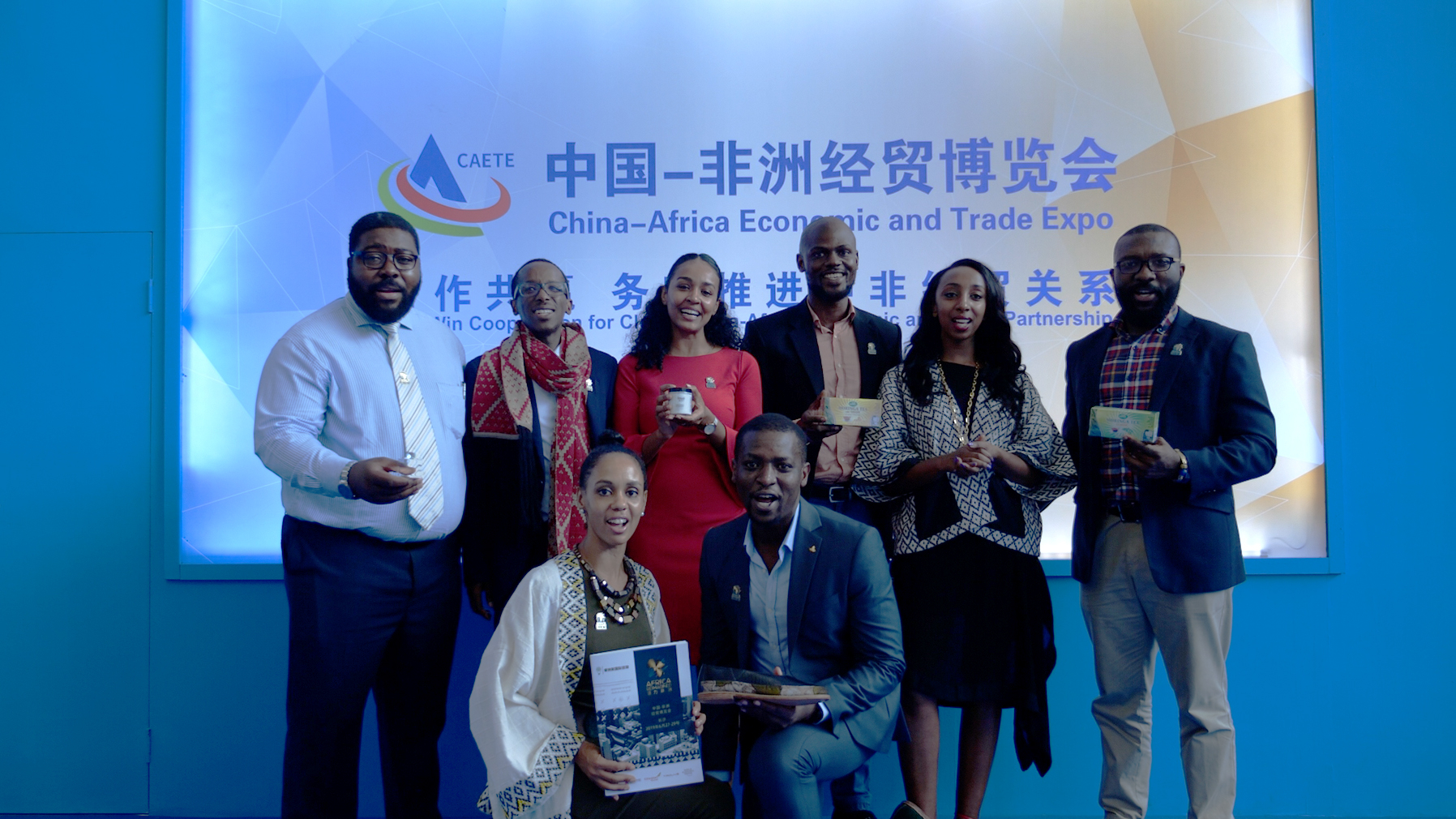 When talking about China-Africa economic cooperation, the first thing that comes to people's minds are the large amount of investment from China to Africa to support the infrastructure connectivity in the continent, or that China has been Africa's largest trading partner for 10 years, exporting a variety of finished products to Africa.

However, that's not the complete picture.

In order to narrow the trade surplus with African countries and help them develop more economic growth points, China is trying to import more value-added products from Africa.

Meanwhile, as the understanding and ties between China and Africa grow, more African companies from the private sector are looking to enter the Chinese market.

At the first China-Africa Economic and Trade expo held in Changsha this week, many African companies have set up booths and are trying to launch their products in the Chinese market. They are bringing African-made products ranging from clothes, skin care products, tea to custom diamonds.

In addition to the strengthening China-Africa relationships over the years, the fact that China has the largest consumer market in the world is the main reason why African businesses are looking to enter the Chinese market in full force.

"We are talking about over one billion people consuming different products day to day," said Ntsika Tyatya, the public relations liaison of MAXHOSA, a fashion brand from South Africa. "The market is huge. We want to make sure that we are at least taking a percentage of that market." 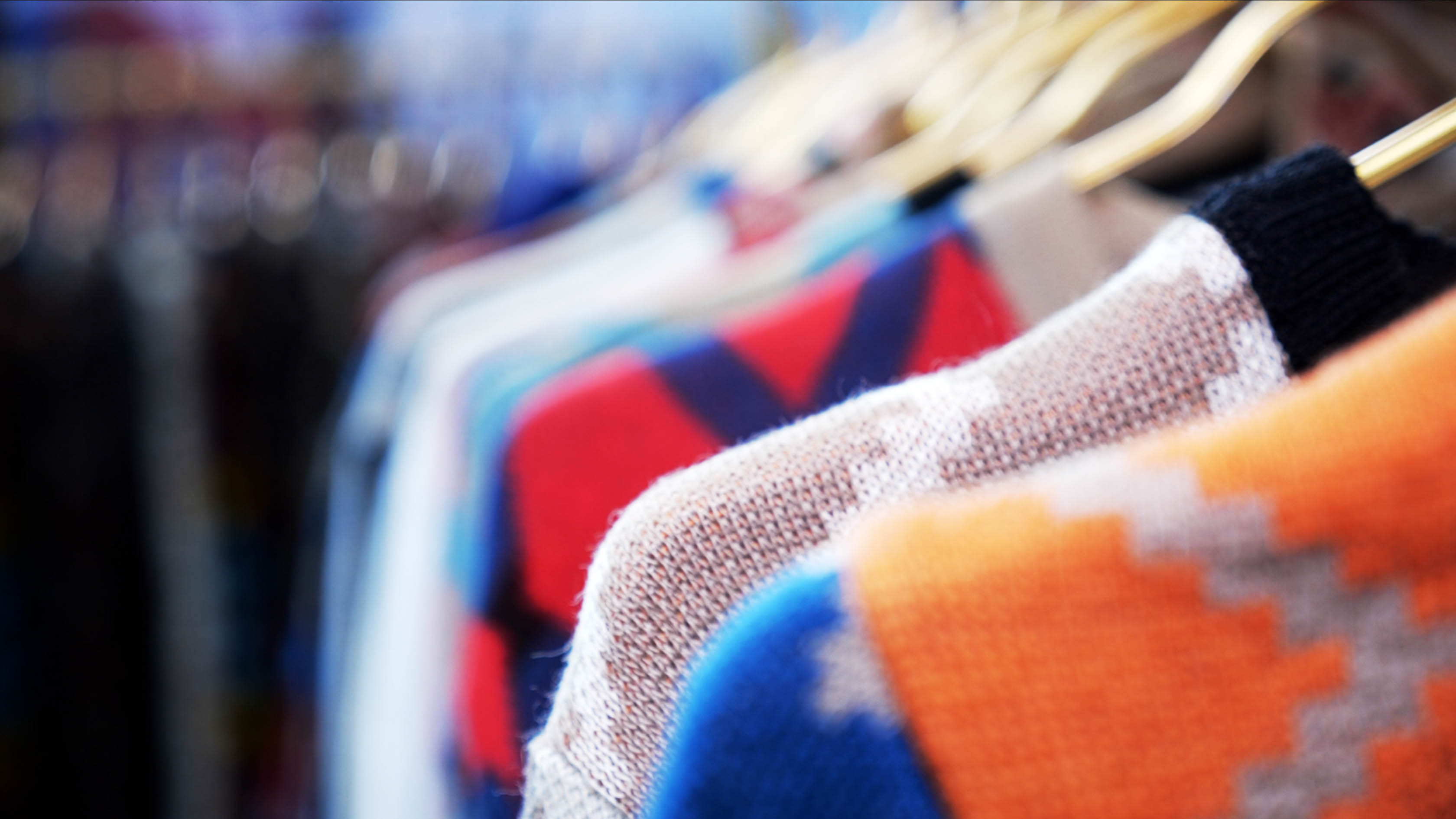 Development Reimagined, a consultancy company based in Beijing, helped seven African businesses come to the Changsha expo this year.

"There are still many African businesses that don't know anything about China, and the major markets they look at for their exports are the U.S. or Europe," said Hannah Muthoni Ryder, CEO of the consultancy.

The African companies also want to change Africa's image in China by providing high-quality products in the market.

"We want to show Chinese consumers that what you can get from Africa is not just raw materials, you can get some high-quality, beautiful products that have great sustainability stories behind it, something which could help people escape poverty," said Ryder.

"A lot of people don't understand Africa the way Africa really is, except from extreme poverty and disease that are being projected in the media. There is so much more to African history and culture, and beauty secrets, we would like to have an opportunity to showcase that," said Abir Ibrahim, founder and CEO of Inua Naturals, a skincare product brand from Tanzania.

"I am here to really speak for my community and my country, to show the Chinese market that the relationship can be strengthened beyond government level – there are private sectors and communities you can engage with directly," she said. 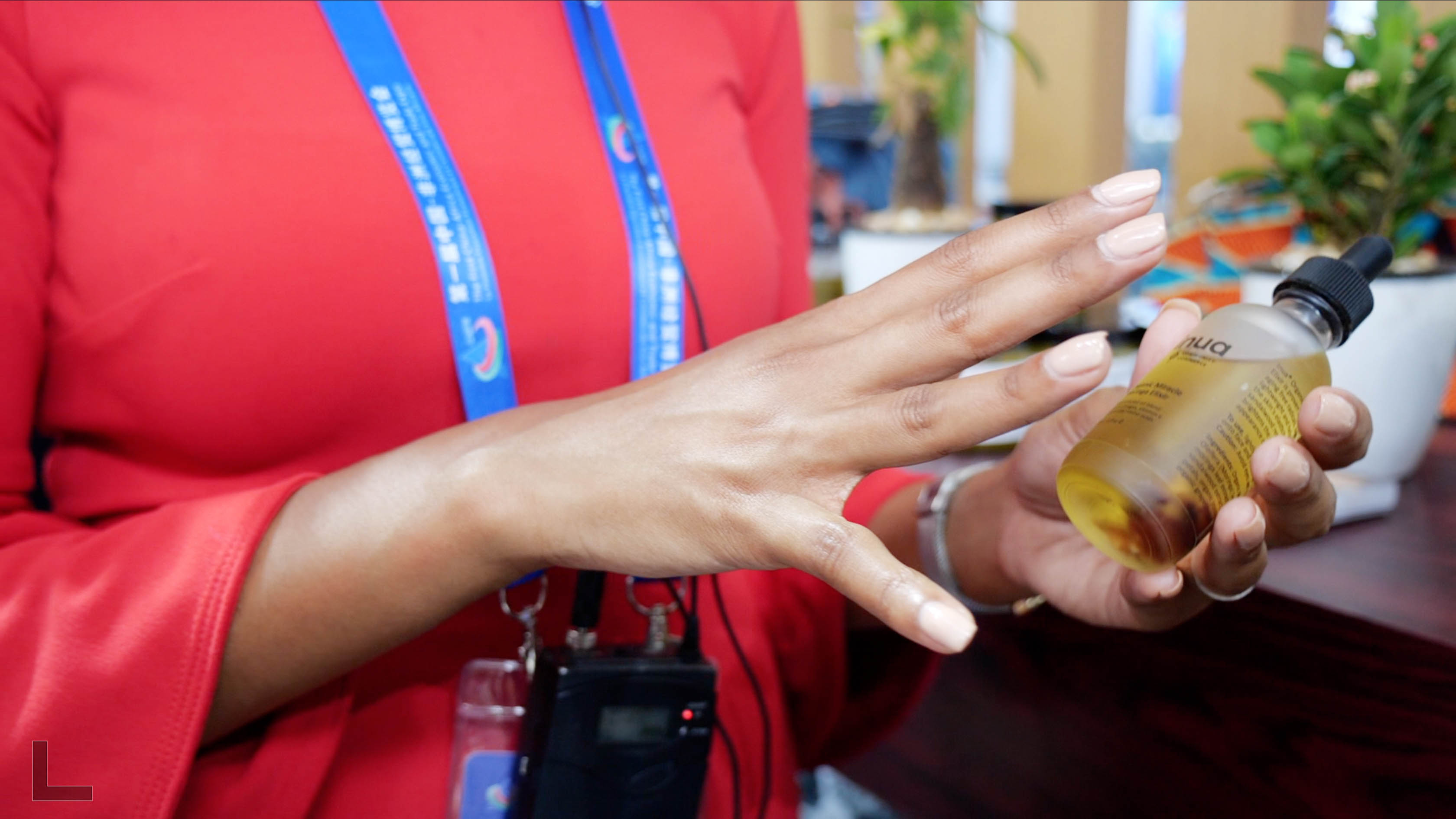 Africa wants to improve its trade structure with the world and cultivate economic growth points by exporting more finished products, and that's exactly what China wants as well.

China has been Africa's largest trading partner for 10 consecutive years since 2008, but the direction of the trade has been mainly moving from China to African countries, due to the higher production capacity of China, said Ryder.

"There are 600 million people in Africa who are unemployed but are ready to work, and ready to escape poverty. China has a real opportunity in helping to shift that, part of that is by demanding African goods in China," she said.

The desires of developing economy by improving the manufacturing capacity of African countries coincide with China's vision.

Chinese President Xi Jinping announced that China would increase the import of African products, especially non-resource or finished goods at the Forum on China-Africa Cooperation (FOCAC) 2018 in Beijing.

China would encourage the economic development of African countries by importing more commodities from the continent, and most of it would be finished or non-resource commodities, Xi said.

"We met with officials from Hunan government. They said that they want more value-added finished products made-in-Africa in China," said Adedigba. 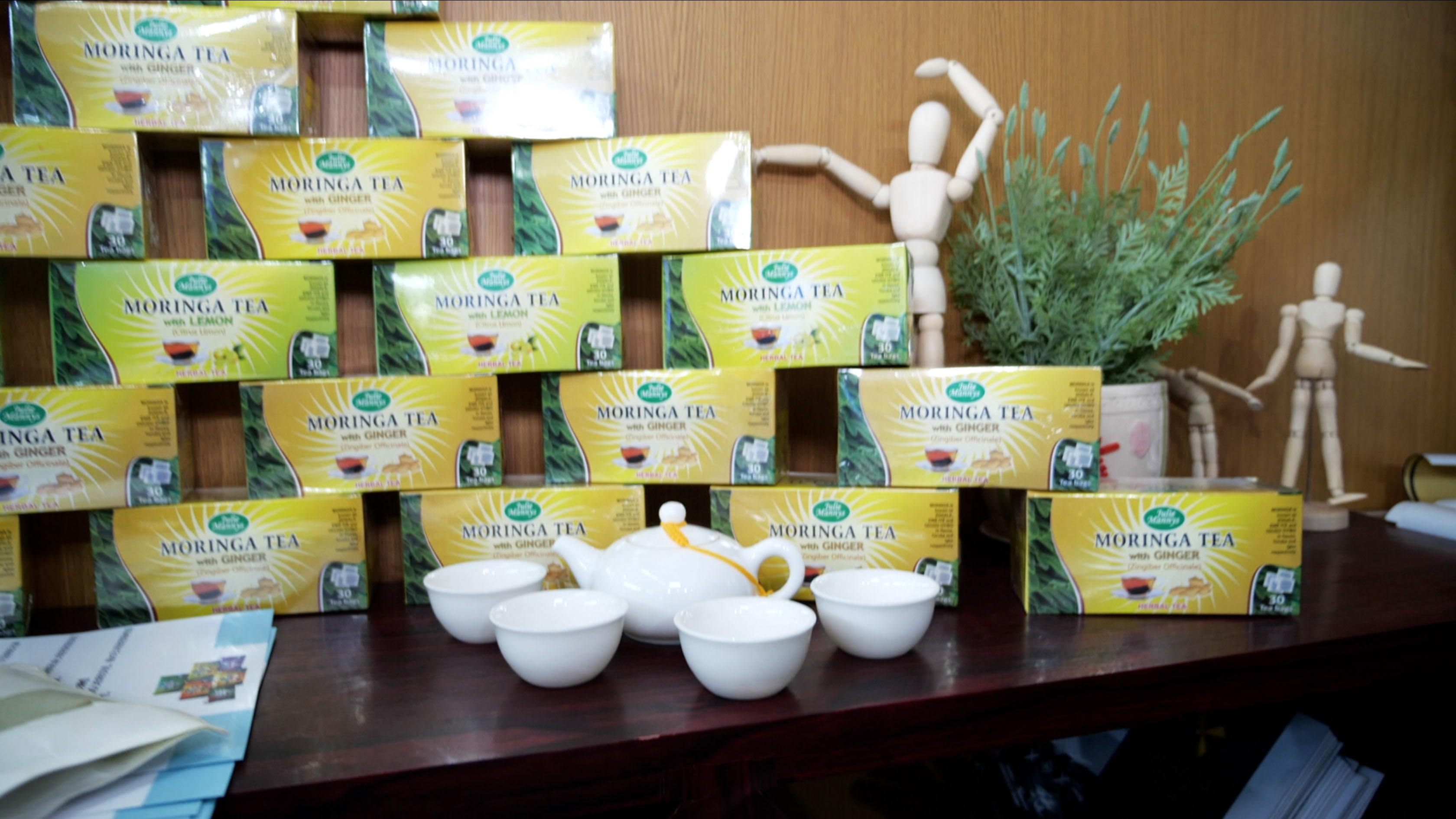 China's imports from Africa rose 32 percent year on year in 2018, while agricultural products import from Africa increased by 22 percent in 2018.

African businesses are happy to see China taking measures to address the trade imbalance. However, they admitted that narrowing the trade deficit takes time.

"We need the infrastructure to process the resources we have, and China is investing a lot in Africa building infrastructure now, but it takes time to develop," said Tyatya.

"I don't think we can do much to change the deficit at this juncture, but it will change in the future," he said.

The African businesses at the expo believe that they are and will continue to get the right support from China to help them enter the market.

"The first support we get is this China-Africa trade expo. That's the first step to come to China, to show our products and interact with consumers," Adedigba said.

Changsha will open a new permanent pavilion in September this year to showcase products from Africa, country by country, industry by industry. It also has an online platform, so people can trade online and offline.

The government will also provide trade advisory services, helping the companies get certifications, and understand the procedures coming to China, according to Adedigba. They met with the officials in Hunan Province this week.

"We also noticed that the Chinese government might clear the customs so that we would be able to export and import freely," said Tyatya.

"This is the first China-Africa trade expo. It will happen every two years, imagine 10 years, five expos later, more companies will come with their products. It can only get better from here," said Olayinka Osiberu, VP marketing and sales of Julie Manny Moringa Herbal Tea from Nigeria.

"In general, there is very strong support from China," Ryder concluded.

To come to China, or to reach other international markets, African businesses need to jump through many hurdles.

Ryder also said that not only do many African brands know very little about China, "they also don't have the necessary backing from their governments. Last year, at the Shanghai trade expo, we saw that the African companies were trying to do something, but they don't have beautiful and modern displays, can't attract the customers." She said that's what motivated her this year to help African businesses to come to the expo and help them with their booths.

After the expo, many African businesses want to jump right into the market, or do some test run to get a sense of the market's need.

"The immediate plan in China is to open an e-commerce store, so the Chinese consumers can get a sense of our items and products," said Ntsika. 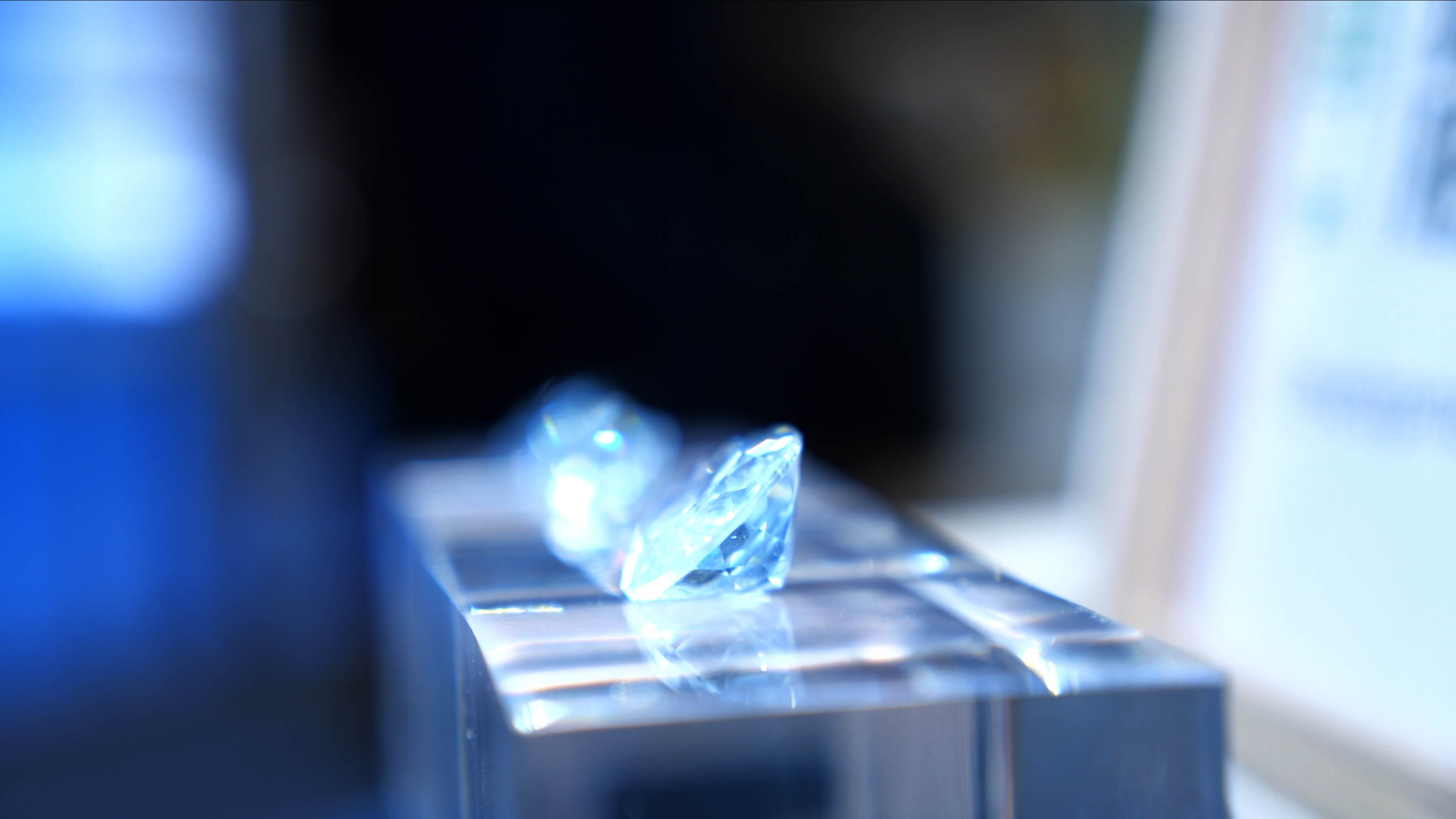 Patrick Tendayizindoga is the managing director of Rosenkrantz, a custom jewelry company from Zimbabwe.

"Now what we need to figure out is what kind products do China want, what kind of products we need to make in Africa, and can be bought in China immediately," said Tendayizindoga.