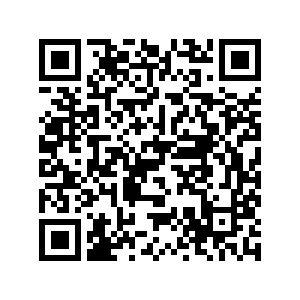 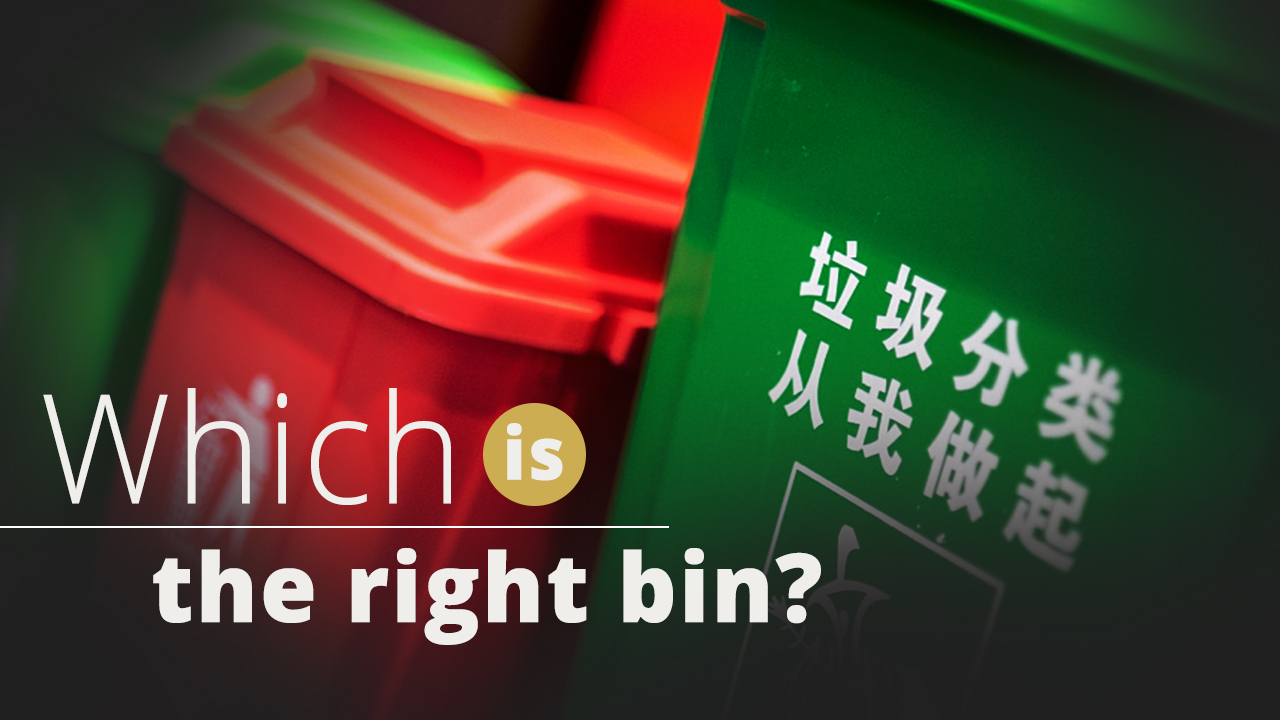 Starting Monday, Shanghai residents are required by law to sort garbage into four different categories, or they could face fines.

Individuals, including tourists, can be fined 200 yuan (29 U.S. dollars) for failing to sort their waste properly, while companies and institutions can be fined up to 50,000 yuan.

Shanghai's most heated topic of "which is the right bin for my garbage" may sweep other cities in the near future, as the national legislation is planning to speed up mandatory garbage sorting by writing it into law. 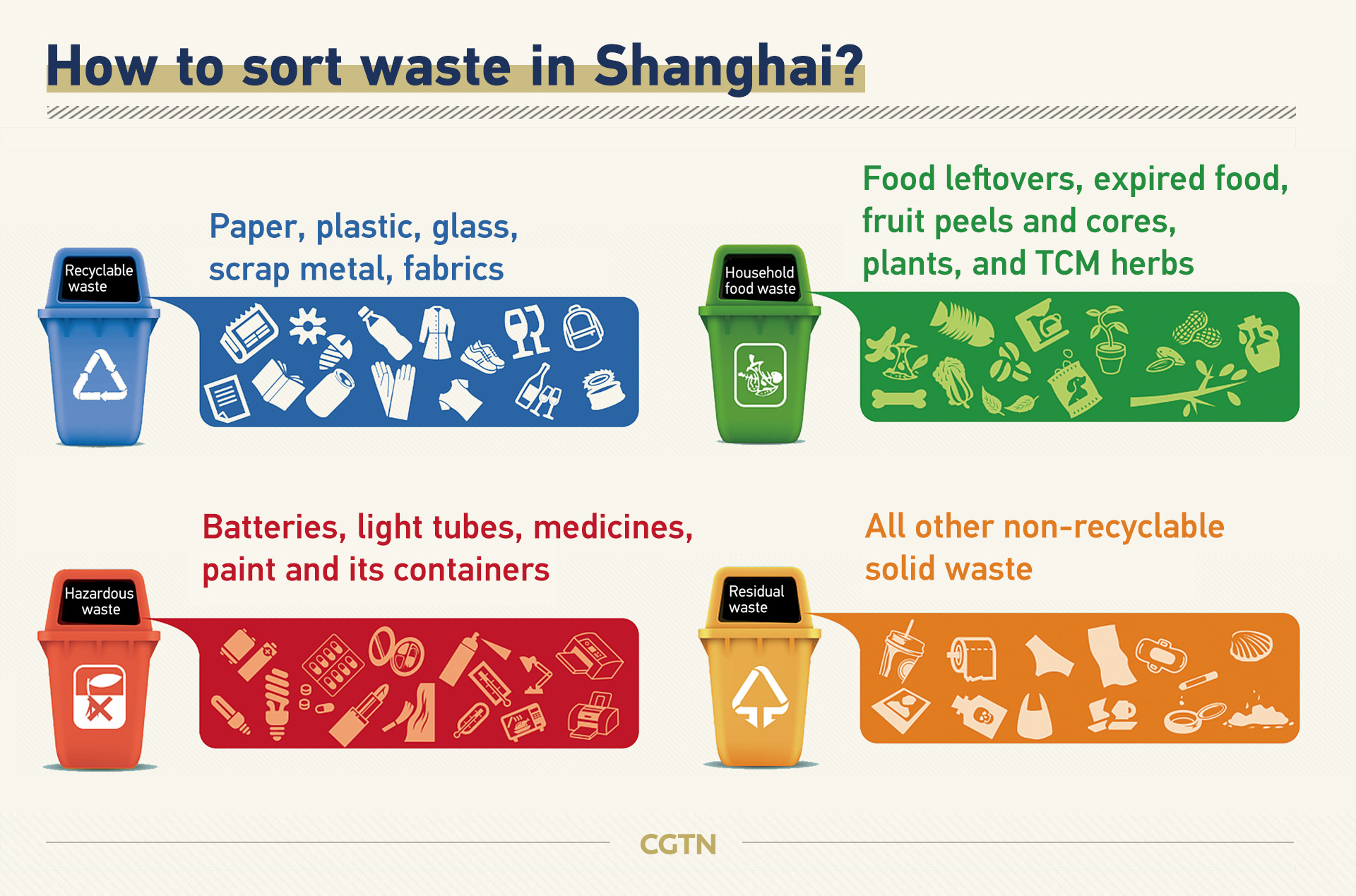 Shanghai is among China's first cities to introduce garbage classification and also the country’s most serious in its implementation.

The initiative is part of a nationwide push to tackle China's growing mountains of domestic wastes. 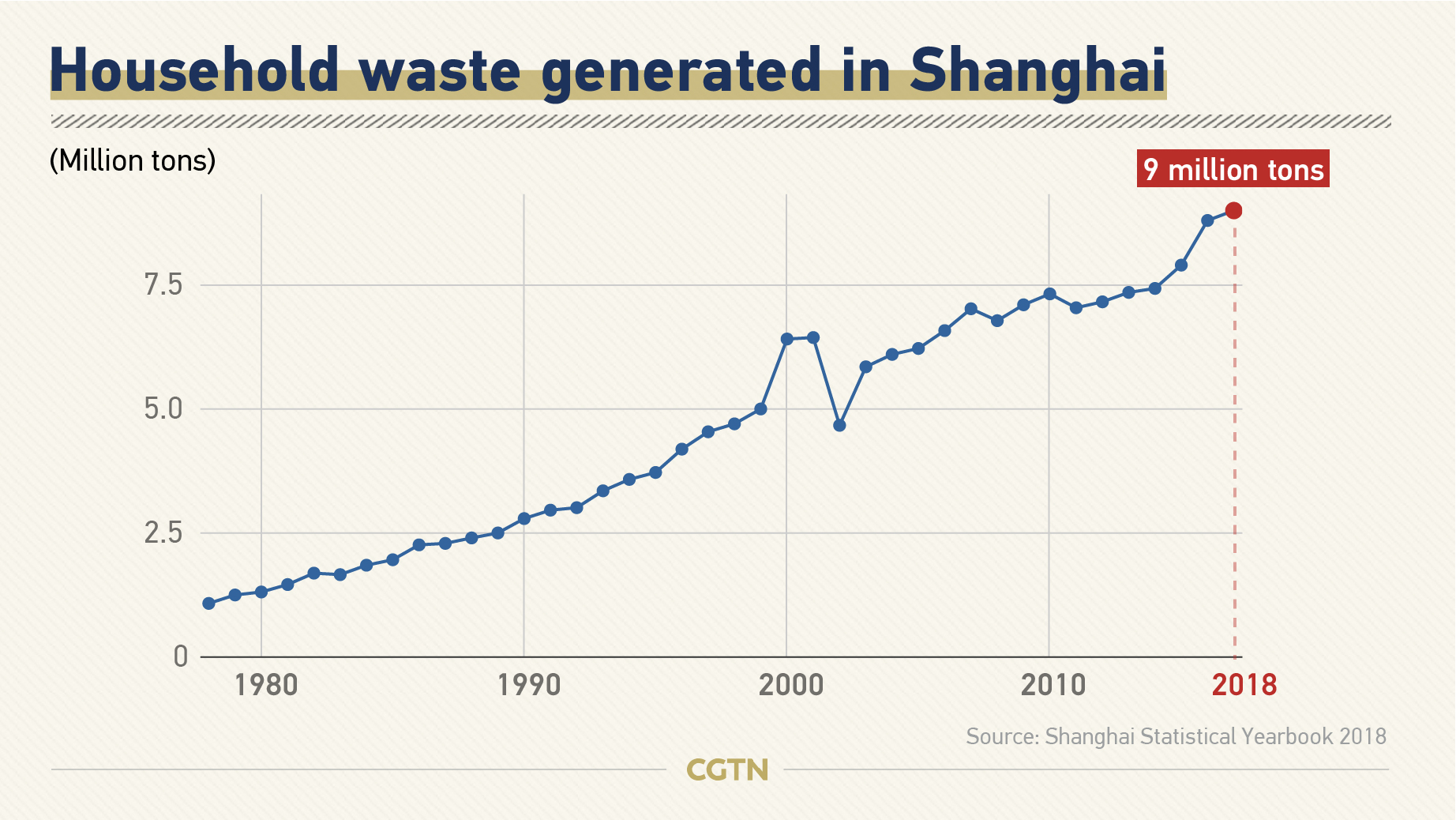 The nationwide volume of domestic wastes has also jumped significantly in recent years.

In 2013, each of China's large and medium-sized cities generated an average of 0.6 million tonnes of domestic wastes. The number soared to one million tonnes in 2017, according to calculations based on reports released by China's Ministry of Ecology and Environment.

The amount of wastes is straining the capacity of China's waste management facilities and posing a threat to the environment.

Garbage sorting is the best way and the first step to slashing the social cost of waste treatment and boost recycling, experts said. 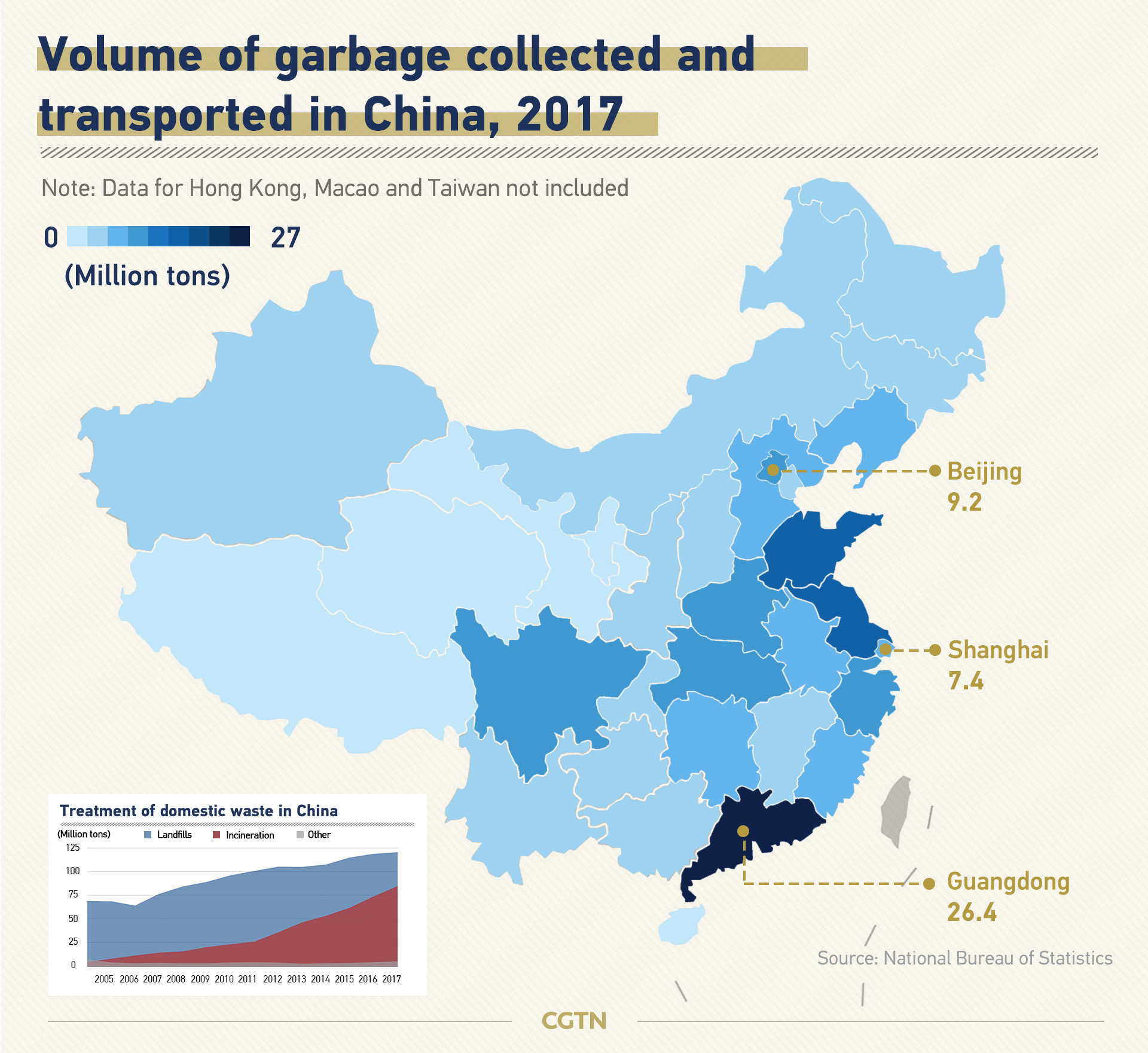 The biggest challenge in implementing waste classification is getting residents to develop the habit and fully participate in it.

Low participation, lack of public awareness and insufficient classification facilities were all reasons for a lack of waste sorting, according to past surveys.

Residents are also struggling with how to sort waste properly. For example, the right way to sort a cup of leftover bubble tea and half-eaten crayfish have sparked great debate on social media.

Other problems also include harsh time and place requirements for trash dumping and improper disposal of sorted garbage, as some cases in Shanghai showed. 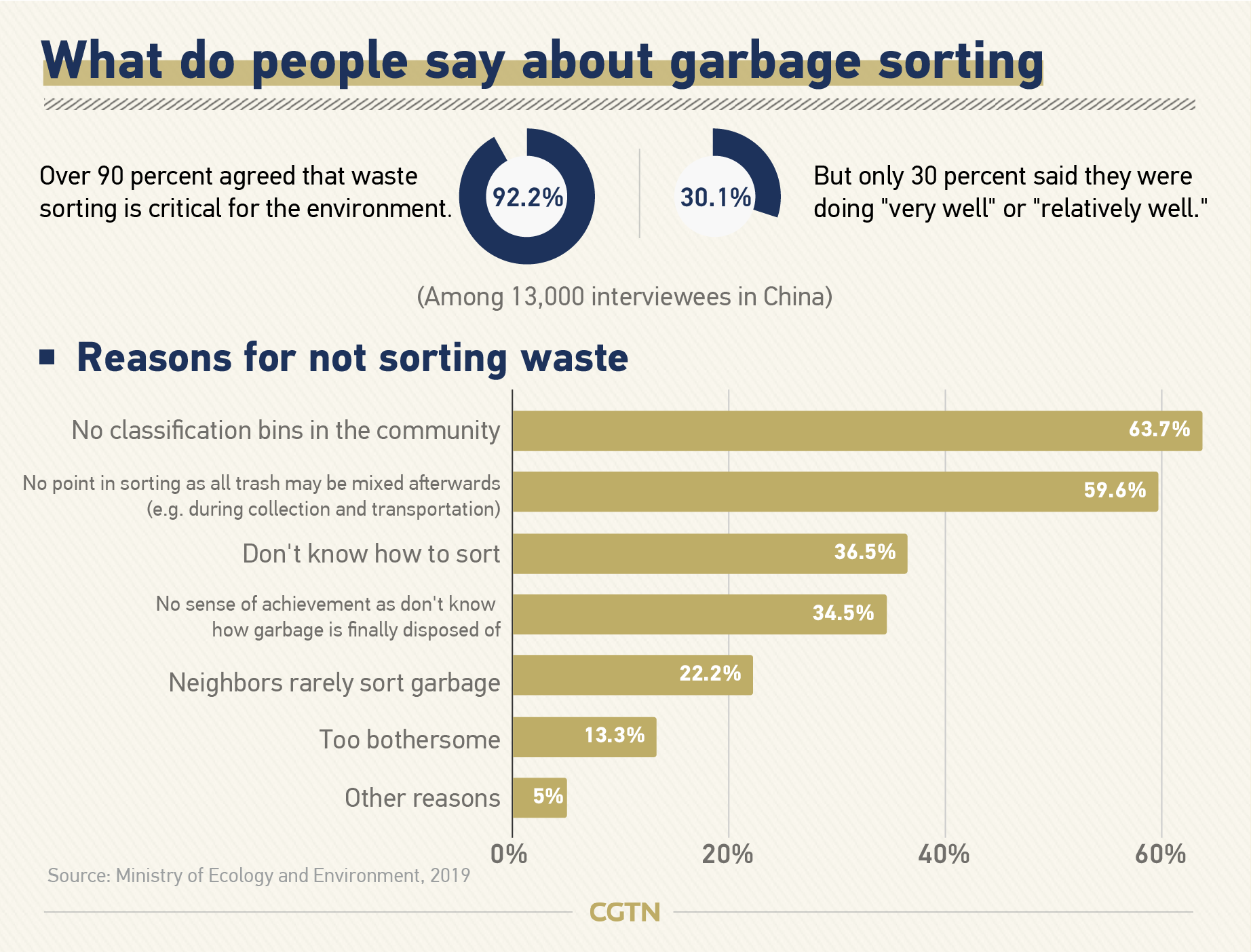 But the situation is improving. The municipal government has set up online apps to handle sorting inquiries, and issued guidelines to address the "one-size-fits-all" method.

Cities like Beijing and Shanghai have launched point-rewarding scheme to motivate its residents by allowing them to exchange for daily products with points earned through proper sorting. 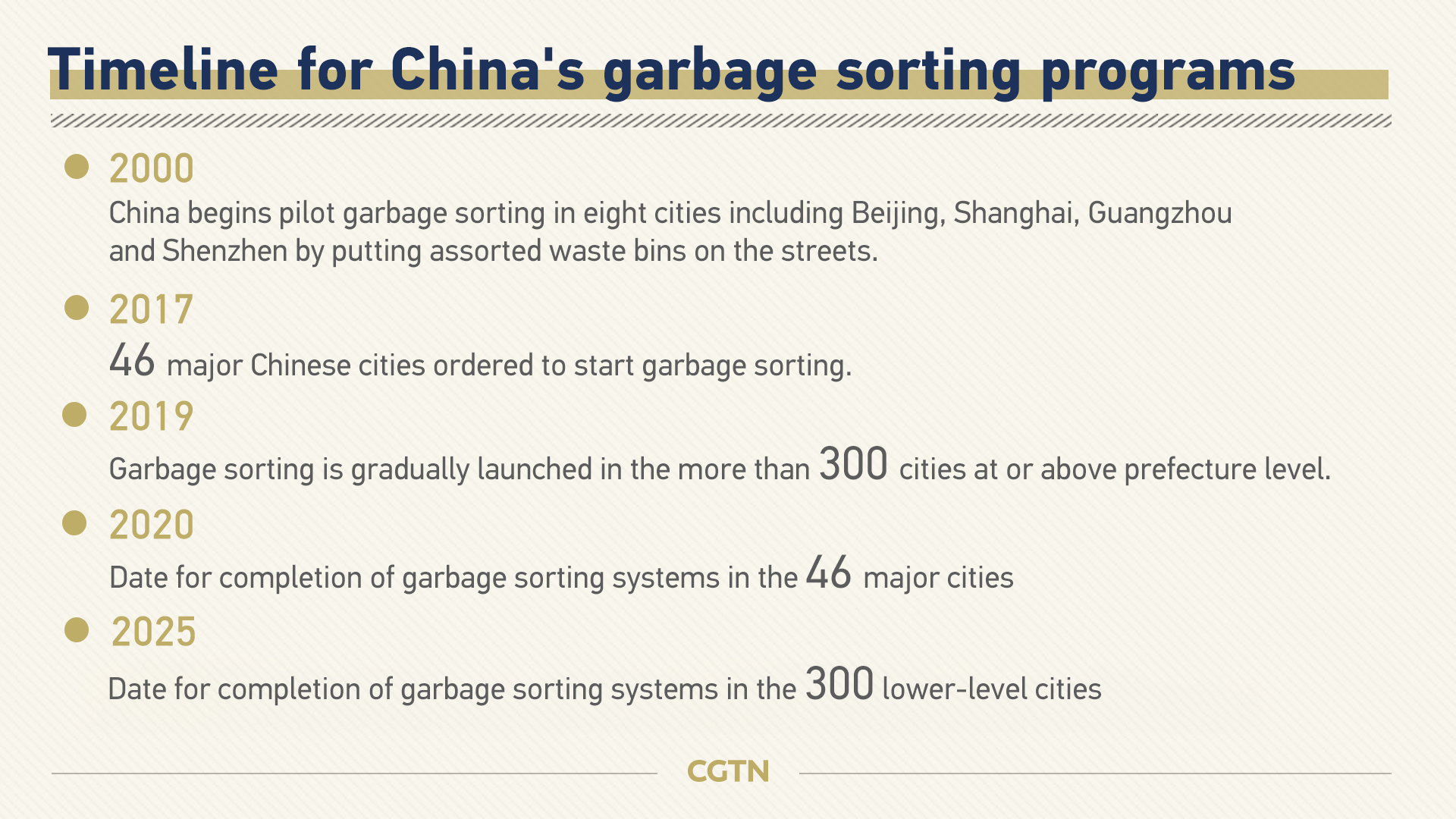 China is embracing the era of compulsory garbage sorting with its cities enacting or revising regulations on garbage classification. And these efforts are taking effects already – Chinese households practicing garbage sorting in 2018 increased by 11.4 percent from a year earlier, authorities said.

Garbage sorting is good for the environment and essential for the country’s sustainable development, and may finally turn out to be a promising industry as well.

A growing number of companies are turning to garbage disposal solutions for profits. Alipay, for example, is offering a garbage pick-up service that allows users to place orders to sell their wastes.