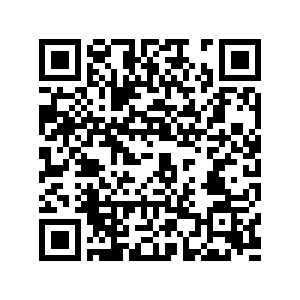 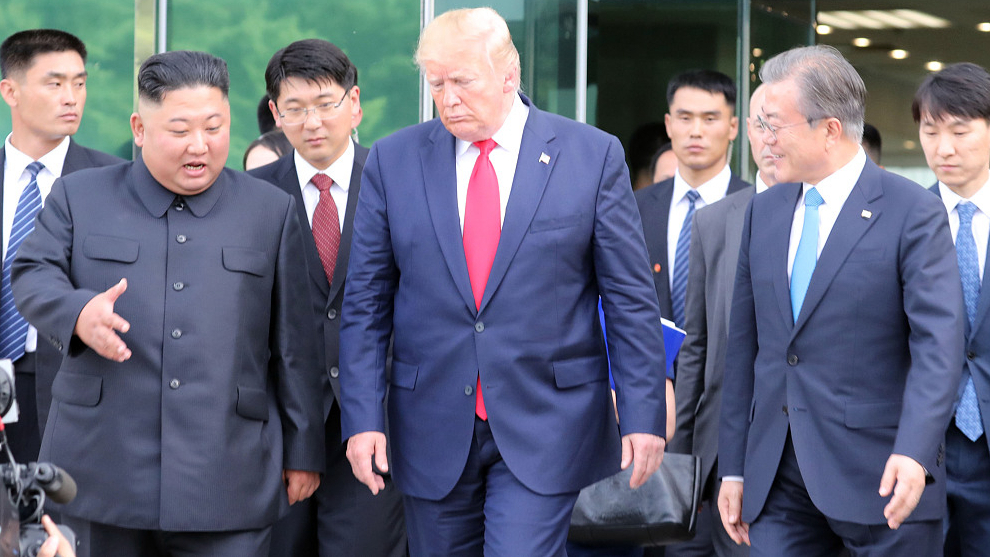 Editor's note: Dr. Yuan Sha is an assistant research fellow at the Department for American Studies of the China Institute of International Studies. The article reflects the author's opinion, and not necessarily the views of CGTN.

During a whirlwind trip to the Republic of Korea (ROK) in the wake of the Osaka G20 Summit, U.S. President Donald Trump staged a surprise meeting with the DPRK Chairman Kim Jong Un on Sunday.

Although he tried to downplay the meeting as a handshake rather than a summit, the meeting at Panmunjom is historic in itself and will usher in a new window of opportunity for restarting nuclear talks.

After the photo-op of the dramatic handshake at the border, the two leaders then had a private meeting inside the Freedom House at the Demilitarized Zone. The handshake and meeting are largely symbolic in breaking the current stalemate.

The DPRK denuclearization process stalled after the breakdown at the Hanoi Summit in February. But recently, there have been signs of easing tensions as the two leaders exchanged letters and the U.S. special representative for the DPRK Steve Biegun hinted that "the door is wide open" for talks to continue. 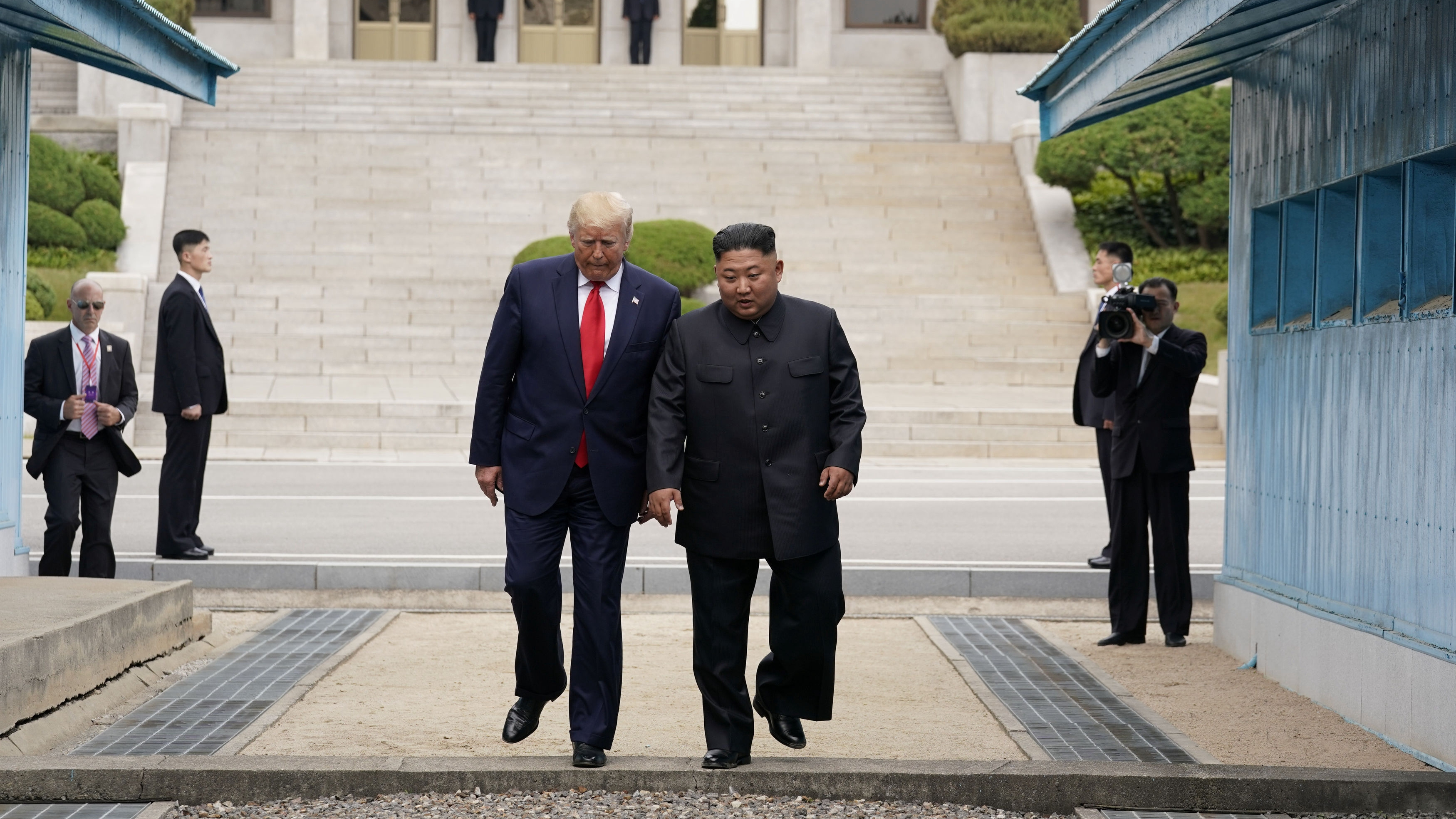 The meeting also signifies a reset in bilateral relations between the two countries. President Trump made history by crossing over the 38th parallel into the DPRK side, making himself the first sitting U.S. President to ever walk into the territory of DPRK.

He also invited Kim to walk into the ROK side. As Trump described the meeting as "an important statement for all" in a tweet on his way back to the U.S., these symbolic moves are a milestone in the bilateral relations.

Technically speaking, the two countries are still at war. There were reports that the two sides are discussing exchanging liaison officers, but the idea was muted after the breakdown at the Hanoi summit. The historic meeting at the Panmunjom might pave the way for the two sides to move toward normalization of diplomatic relations.

Spontaneity as a negotiation tactic

From offering the olive branch for holding the first summit to walking away from the negotiation table at the second summit, President Trump is trying to build an image of uncertainty for himself and create leverage in negotiations.

The spontaneity of the Trump-Kim 3.0 indicated Trump's unconventional diplomatic style and negotiation tactics.

The snap decision to a meeting with Kim might arise out of geopolitical calculations. Trump is keen on cultivating personal relations with his DPRK counterpart, trying to outmaneuver other interested parties and gaining the upper hand on the DPRK nuclear issue. He might have achieved some success in this, as Kim hinted accepting the last-minute invitation signaled his willingness to meet the U.S. President anytime.

Domestic politics also play a role in this. As a self-proclaimed deal-maker, Trump is taking Korean denuclearization as a political asset and even harbored the idea of winning the Nobel Peace Prize. With the upcoming 2020 general election, he is trying to make a breakthrough on the DPRK nuclear issue a diplomatic win. 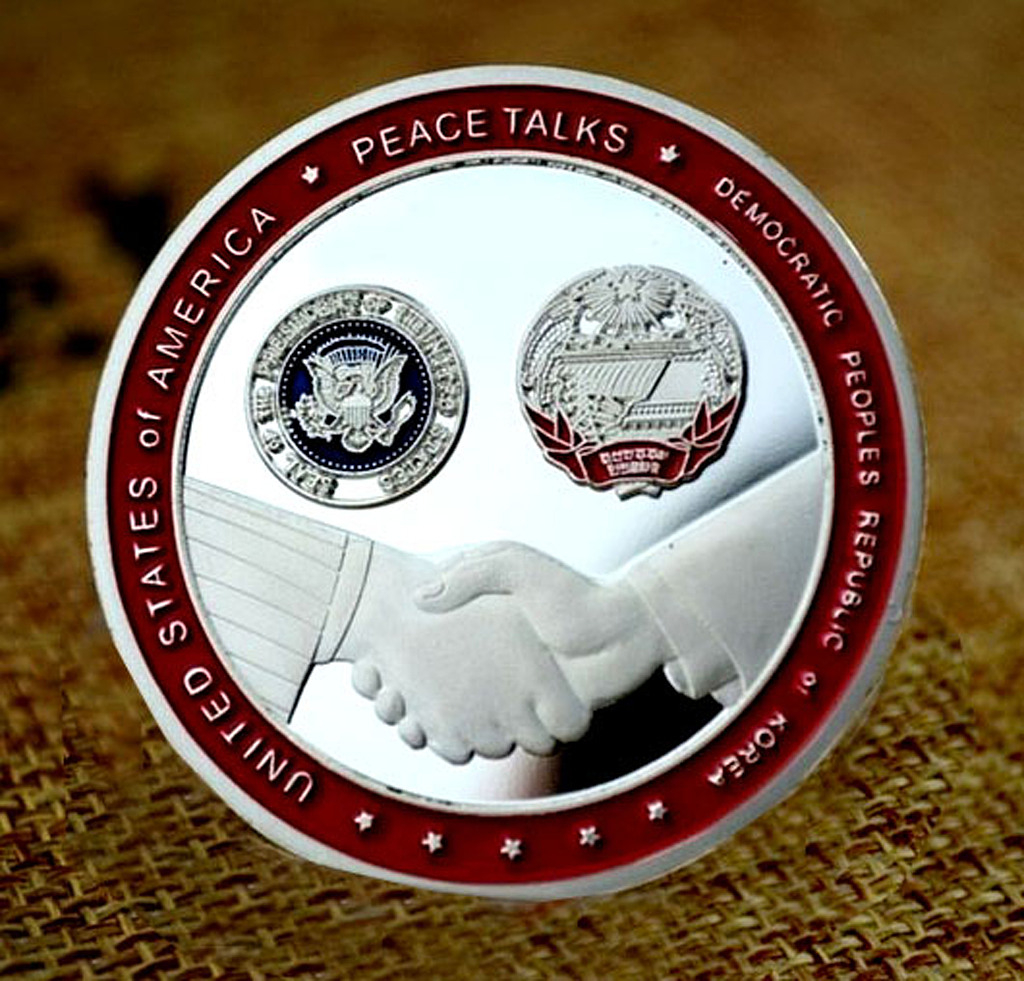 A medal commemorating the meeting between U.S President Donald Trump and DPRK leader Kim Jong Un was sold on the internet. /VCG Photo

A medal commemorating the meeting between U.S President Donald Trump and DPRK leader Kim Jong Un was sold on the internet. /VCG Photo

The Trump-Kim meeting is more symbolic than substantive, and the two sides still need to address the sticking points to move the nuclear talks forward.

First of all, they need to specify the structure of consultations. The Singapore summit last June called for the ambitious goal of the "establishment of new U.S.–DPRK relations and the building of a lasting and robust peace regime on the Korean Peninsula."

As he began to realize that the DPRK nuclear issue is no easy task, Trump is stressing that he is not in a hurry this time. But the two negotiating teams still need to work out concrete timetables for the talks.

Second, the two sides need to identify specifics and details of the denuclearization process. They need to clarify the definition and meaning of denuclearization, specify the specific measures of DPRK denuclearization and corresponding measures that the U.S. is going to take, and hammer out a workable enforcement and verification mechanism.

Third, the two sides need to work out plans for sanctions relief. The U.S. is likely to maintain its maximum pressure campaign on the DPRK, and is not going to lift the sanctions any time soon. But since differences over sanctions led to the breakdown at the Hanoi summit, the U.S. needs to come up with a reasonable sanction plan to convince the DPRK negotiators back to the denuclearization process.