The world might be a better place after Osaka
Ken Moak 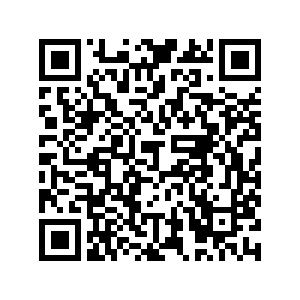 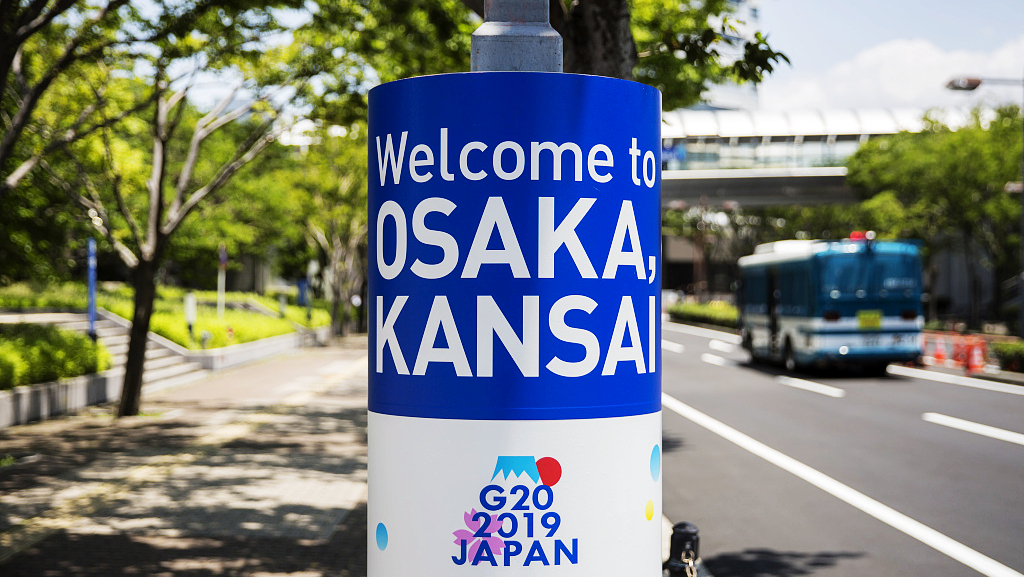 Editor's note: Ken Moak, who taught economic theory, public policy and globalization at university level for 33 years, co-authored a book titled "China's Economic Rise and Its Global Impact" in 2015. The article reflects the author's opinion, and not necessarily the views of CGTN.

In light of its accomplishments, the G20 might emerge stronger and more relevant during its meeting in Osaka, giving the world reasons to be "cautiously optimistic." U.S. President Donald Trump and Chinese President Xi Jinping agreed to continue to negotiate a deal to end the trade war, lift the ban on American firms to sell products to Huawei and other Chinese technology companies, and cease imposing further tariffs on each other's goods.

Japan and China agreed to upgrade their relationship and cooperate on promoting economic growth and geopolitical security on the sidelines of the G20 summit. Japanese Prime Minister Shinzo Abe invited Chinese President Xi Jinping, and Xi will pay a state visit to Japan next year.

China, India and Russia held a trilateral meeting vowing to step up cooperation on "all fields," a good start to enhance and sustain the three countries' eco-geopolitical relationship. Russian President Vladimir Putin and U.S. President Trump agreed to negotiate a nuclear forces treaty, just to name a list of the leaders' accomplishments. 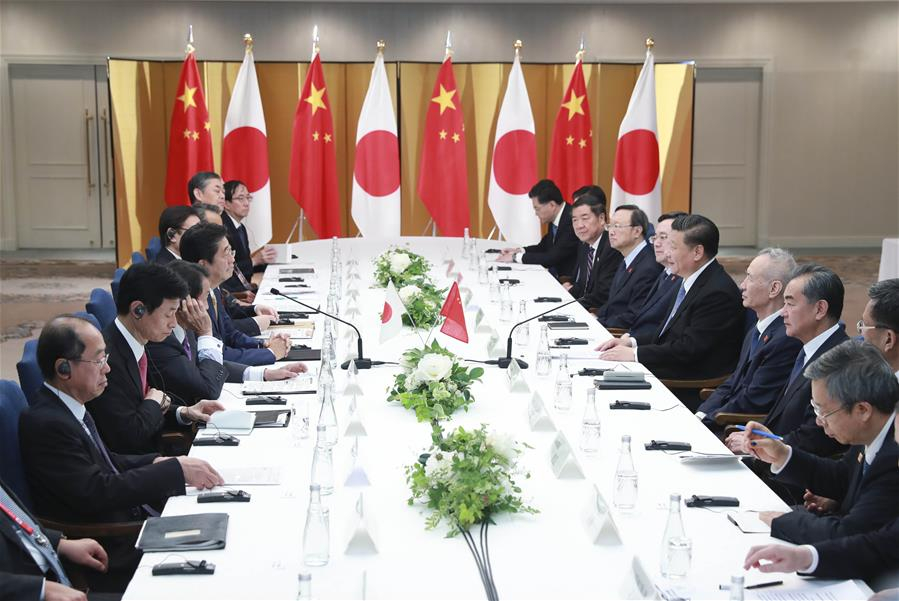 A truce that could lead to the end of the trade war is the only sensible way to do, as recent economic and financial statistics have shown. Global stock market prices, including those of the U.S., were on a free fall, zigzagging up and down like a yo-yo. The tit-for-tat tariffs increased production cost and consumer prices, culminating in falling investment and stagnating consumption.

Trump is showing his pragmatic side, brushing aside the Unites States' China hawks' ideological war against the Asian giant and recognizing conflicts would only lead to despair. Imposing tariffs has shown that businesses and consumers are paying the price, thereby slowing down economic growth. Banning U.S. companies from selling technology products to Chinese firms might hurt the former more than the latter because Huawei and ZTE are big customers, buying billions of dollars each year from Qualcomm, Google, etc.

The ban might make companies like Huawei stronger because of their larger investment in research and development activities. In addition, China produces over six million STEM (science, technology, engineering and mathematics) graduates on top of the hundreds of thousands returning from overseas each year. The large numbers of STEM graduates will no doubt accelerate technological advancement.

Moreover, Trump probably reads the poll numbers as well as anybody else. The numbers consistently showed his popularity sinking, partly because of the trade war. With a presidential election looming just around the corner, he needs some good economic news.

Leaders of the G20 countries appeared to have demonstrated strong leadership or not meekly toeing the U.S. line as in past summits. Staunch U.S. allies – Australia, the EU and Japan – are openly criticizing the U.S.-initiated trade wars against China and other countries because it not only hurt theirs and the world's economies, but also risks security.

India, Japan and Australia seek rapprochement with China instead of joining the U.S. "Indo-Pacific" strategy, meant to revive the quadrilateral alliance (quad), makes economic and geopolitical sense. Should it materialize the three Asian economies would likely sink lower and put themselves in greater danger. China is their biggest trade partner and a nuclear power to boot.

It might be for that recognition that the three leaders – Modi, Abe and Morrison – refused to take sides. Either choosing the U.S. over China or vice versa would greatly damage their national interests. 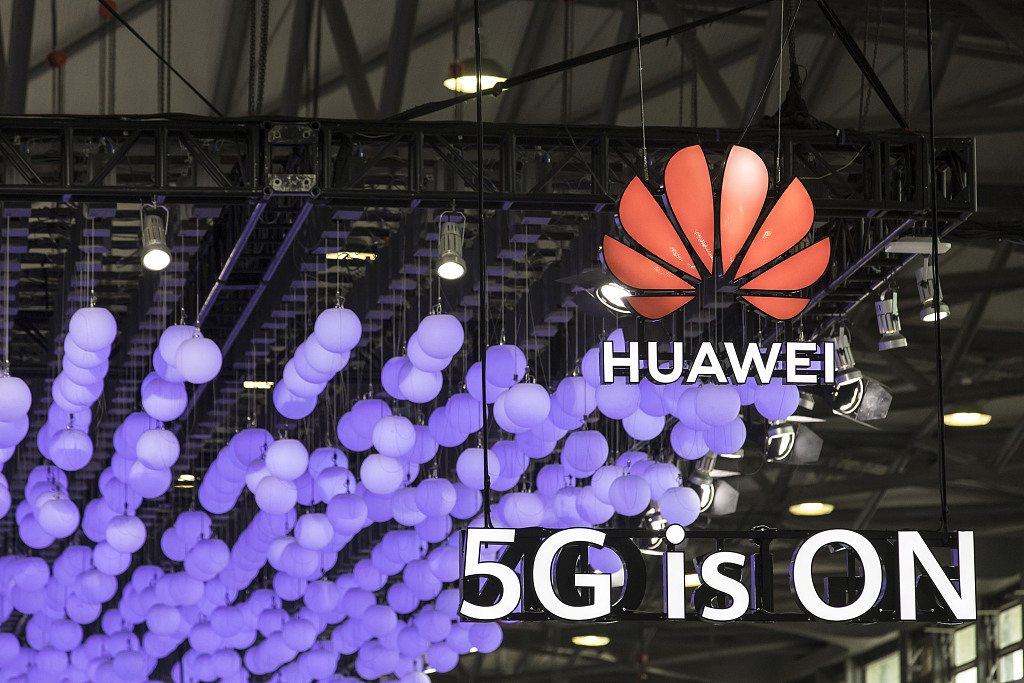 The world will be a better place

Should the leaders live up to the pledges they made at the Osaka G20 summit, the world will be a better place. Ending the trade war would put the world trading system back on track, ensuring the efficiency of the global supply chain that has increased productivity and economic growth around the world. By design or accident, the U.S.-inspired globalization has made the world more connected, taking advantage of each other's comparative advantages.

The problem, it should be pointed out, is not globalization or "unfair" practices but the West, and the U.S. in particular, did not take steps to address its negative aspects. For example, U.S. business and government leaders knew that labor-intensive manufacturing industries would be hollowed and unemployment would rise. Instead of establishing retraining programs or providing financial assistance to these sectors, they simply blamed other countries, China in particular.

Not having to waste money on buying or producing weapons, which nations hope not to use, not only reduces security risks but enhances socio-economic well being. Increased spending on education and healthcare would lift up the health and quality of the labor force, making the economies more productive, not to mention a reduction in social costs.

Cooperation in promoting economic growth and geopolitical stability would minimize poverty and refugee issues. It is economic growth that enabled China to lift over 800 million people out of poverty and made the country what it is today. China's preference for dialogue over the use of military power to settle territorial claims in the South China Sea preempted conflicts in the Asia Pacific.

The world hopes the G20 leaders live up to their commitments at the Osaka G20 summit. The alternative or discarding them as they did in previous summits as soon as the meetings are over would risk a global recession and make the world a more dangerous place. A final note is that national interests do not necessarily collide with those of the world. Indeed, they are linked because prosperity in one country could be spilled over the next.