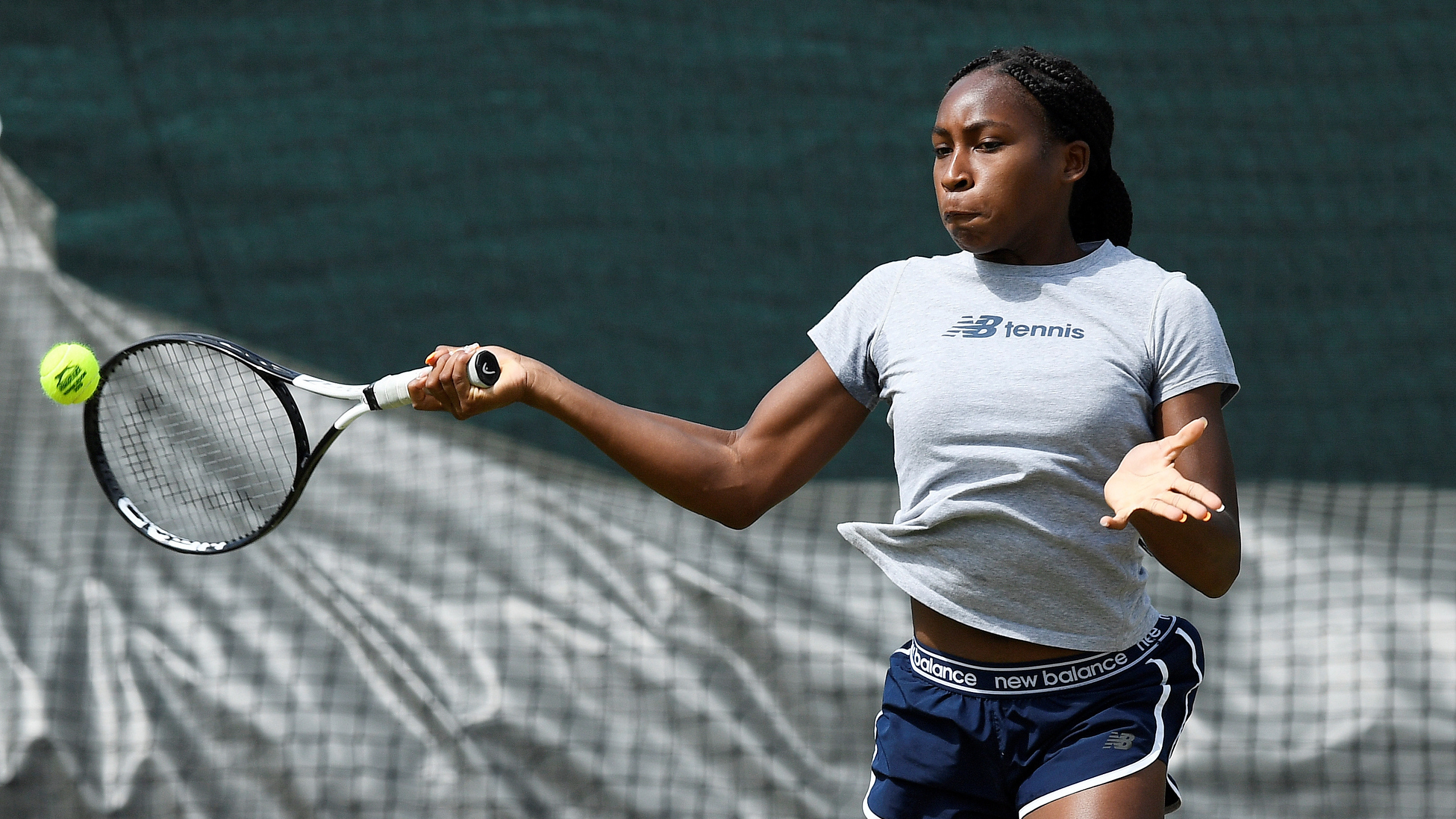 The latest wunderkind of world tennis, Cori Gauff, is under the spotlight as the year’s third major, Wimbledon, is getting underway today.

Gauff, 15, will take on former champion Venus Williams in a generational clash. The sensational newcomer has found a cheerleader in legendary Roger Federer as the 313-ranked teenager, popularly known as "Coco," is becoming the youngest-ever player to feature in the main draw of the prestigious tennis event on the hallowed grass.

"Everyone was waiting to see what the draw was like. I think that's fascinating that she plays Venus. I think it's a great storyline. It will be a great, wonderful experience for Coco and Venus," he added on the generational battle. Incidentally, five-time Wimbledon champion Williams, who is now 39 years old, had already won four major titles when Gauff was born in 2004.

An impressed Federer also mentioned, "Coco is a nice girl, works really hard. I think she's obviously got a wonderful future ahead of her." 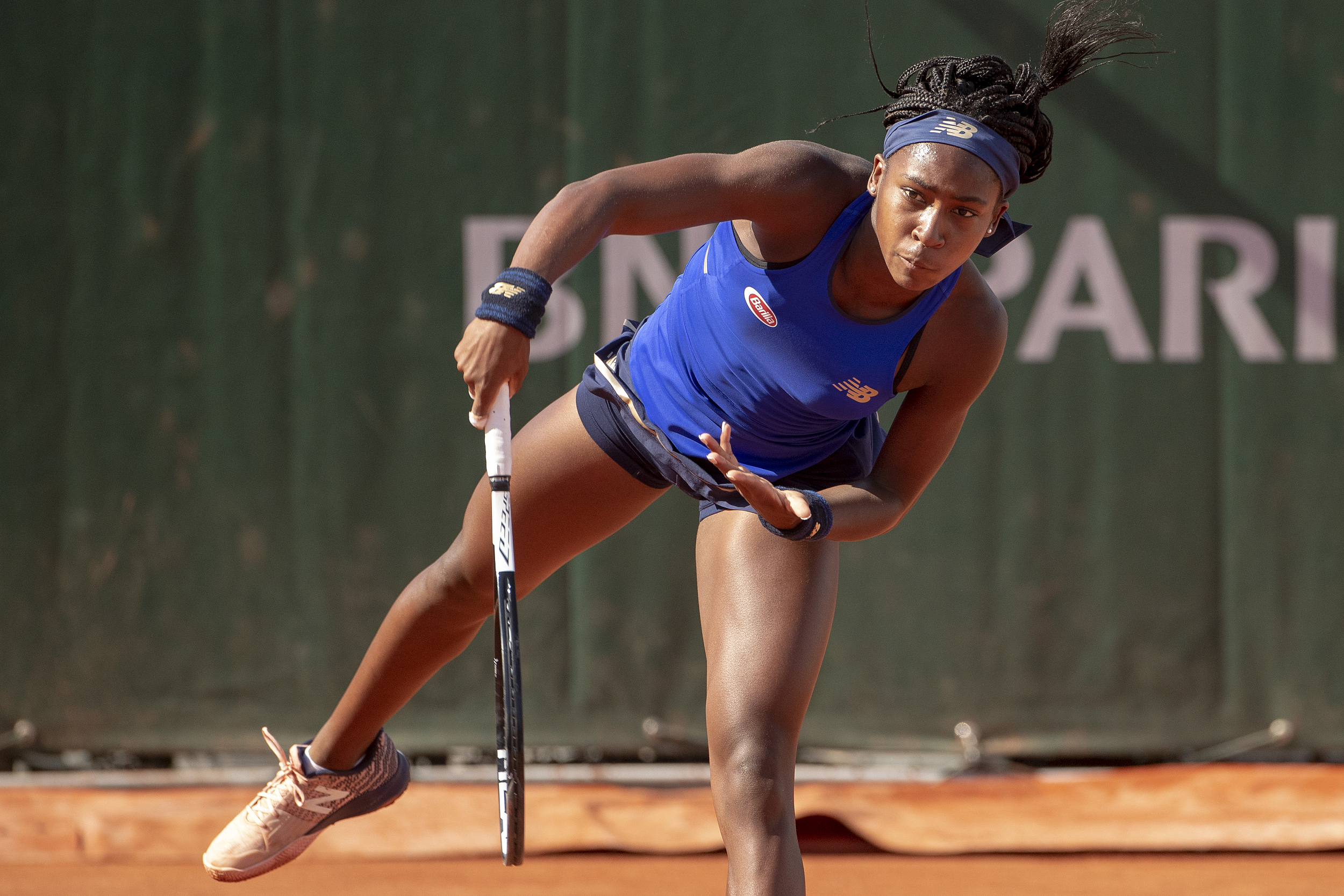 Cori Gauff of the U.S. in action against Kaja Juvan of Slovenia during their qualification match on court seven at the 2019 French Open Tennis Tournament at Roland Garros in Paris, France, May 23rd 2019. /VCG Photo

Cori Gauff of the U.S. in action against Kaja Juvan of Slovenia during their qualification match on court seven at the 2019 French Open Tennis Tournament at Roland Garros in Paris, France, May 23rd 2019. /VCG Photo

Gauff grew up in Georgia and had hardly any tennis background as her father Corey played college basketball while mother Candi was a gymnast and track athlete.

She recently said in an interview with wtatour.com, "I like tennis because you can only blame yourself and you can only control yourself."

Gauff, who needed a wild card to play in qualifying for Wimbledon, added, "Sometimes when I was on the basketball court, I'd be trying to control other people, like, c'mon man, bring the ball up. I like the individual aspect – I like doubles too, but just one person on my team is enough."

Former world No. 1 Serena Williams, while speaking on Gauff’s first encounter against her sister, mentioned, "She's an exciting young player, and she’s so cool. She’s a great girl. It's a great moment for her and for Venus."

Top seed and world No. 1 Djokovic is gunning for a fifth Wimbledon and 16th major. The Serb, who had a shattering Roland Garros exit last month after biting the dust on red clay in a five-set semifinal against Dominic Thiem, is hoping to bounce back on the grass as he begins his campaign against German veteran Philipp Kohlschreiber.

Djokovic has so far lifted the coveted silverware at the All England Club in 2011, 2014 and 2015. Meanwhile, Japanese second seed Osaka, who won the last edition of both the U.S. and Australian Open, lost her world top ranking to recently crowned French Open champion Ashleigh Barty recently.

She will begin her campaign against Yulia Putintseva, who has a 2-0 career hold over the Japanese.

(Cover: Cori Gauff of the U.S. in action during a practice session of Wimbledon, London, Britain, June 30, 2019. /VCG Photo)