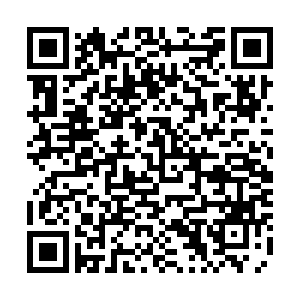 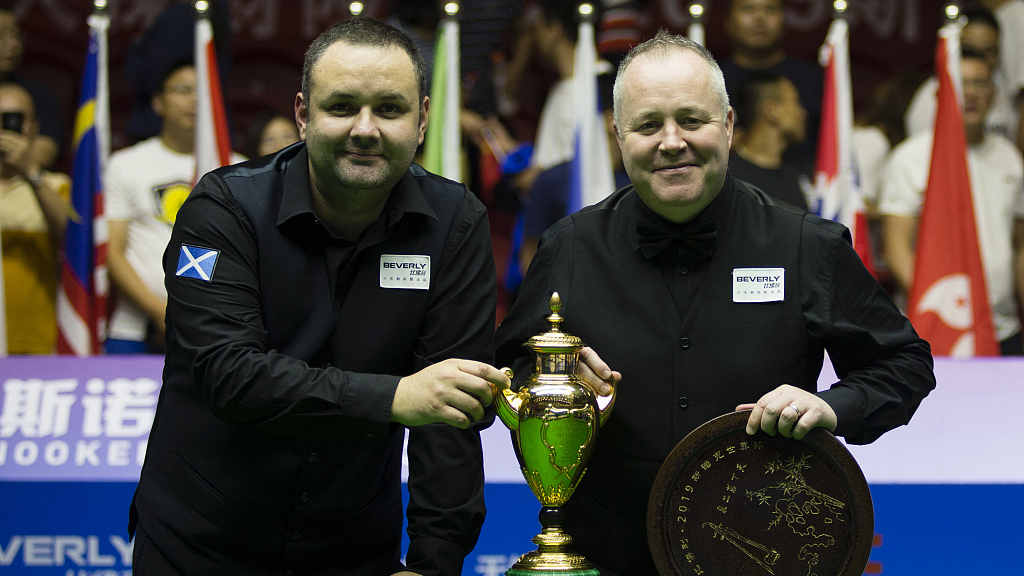 China's dream of clinching the snooker World Cup title in Wuxi was dashed as Scotland beat the hosts to win the World Cup for the first time since 1996.

Scots John Higgins and Stephen Maguire teamed up first for their 4-1 semifinal victory over Ding Junhui and Yan Bingtao of China's Team A, then the Scottish duo beat the hosts' Team B, Zhou Yuelong and Liang Wenbo, 4-0 in the final in Wuxi, east China's Jiangsu Province, on Sunday.

This is the second victory for the 44-year-old Higgins. Recognized as Scotland's "Dream Team", Higgins, along with Stephen Hendry and Alan McManus, claimed his first title when he was only 21 years old during the 1996 World Cup in Bangkok, Thailand.

"One of my proudest moments in snooker was when I partnered Stephen (Hendry) and Alan (McManus) all those years ago to win the World Cup," said Higgins.

"We came so close four years ago, but this more than makes up for it. A brilliant feeling and a great partner. It is a brilliant moment for both our careers." 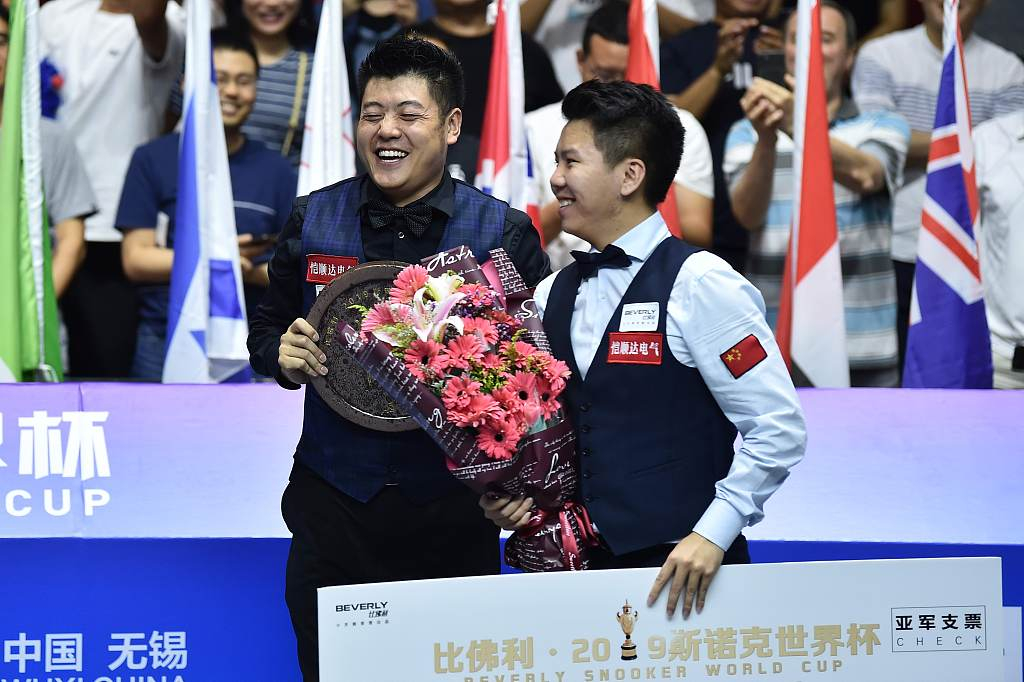 Meanwhile, Maguire said he felt much pressure in the match against Chinese players.

"I've never felt nerves like that in any professional match I have played. It is so difficult playing with a partner."

Team China have won three World Cup titles, as Ding Junhui and Liang Wenbo lifted the trophy in both 2011 and 2017, and Yan Bingtao and Zhou Yuelong in 2015.

The Wuxi snooker event, which was held from June 24-30 this year, will remain as a biennial team event in the eastern Chinese city for the next decade, said World Snooker chief Barry Hearn in May.