Stories behind the marvelous new airport of Beijing
By Li Jingjing 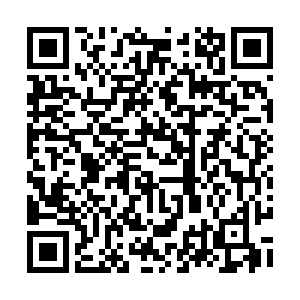 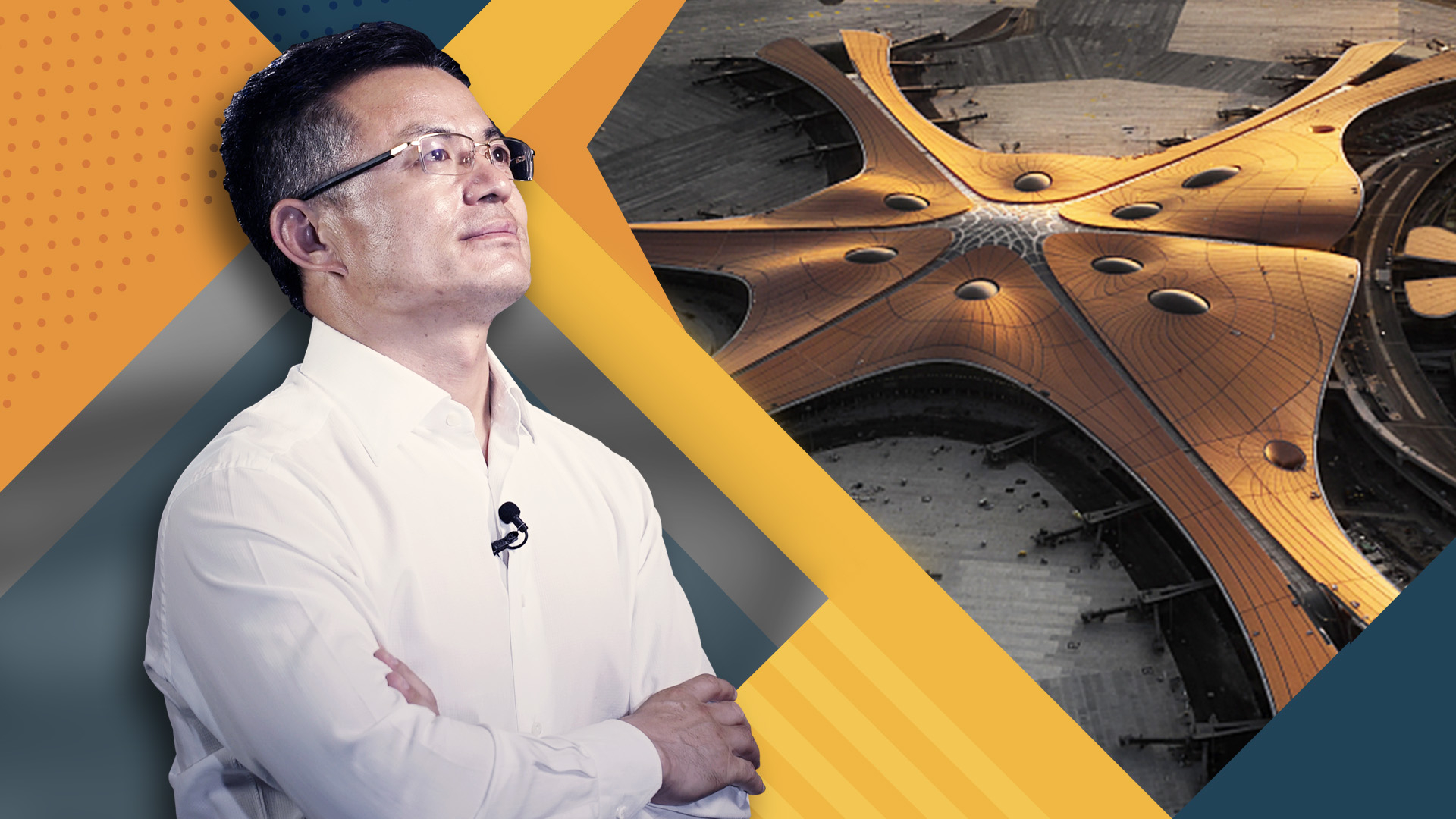 “When we came here over three years ago, it was nothing but grassland. But now a high building already rose from this flat ground,” said Li Jianhua, the project manager of the construction of the core area of the star-shaped terminal.

The completion of the construction and inspection of the Beijing Daxing International Airport terminal on June 30, drew a halt to Li and tens of thousands of workers’ dedication to the airport.

“The design of the terminal is very advanced and creative; we faced many challenges while building it. Many of the challenges were so rare that not many people across the world have ever tackled them,” Li told CGTN.

A time-lapse of the construction of the Daxing International Airport./ Courtesy of Beijing Urban Construction Co.Ltd

A time-lapse of the construction of the Daxing International Airport./ Courtesy of Beijing Urban Construction Co.Ltd

Located in the south of Beijing, connecting several provinces around it, the Beijing Daxing International Airport aims to ease the air traffic pressure of Beijing and boost the general development of the neighboring region.

The design of the new terminal is sophisticated and creative, bringing cutting-edge technology and multiple public transport services to make it more convenient for passengers.

But the ambitious project also brought tremendous challenges for Li and his team.

The first obstacle to overcome was how to make the fast train system safe. The Daxing airport terminal is the first in the world to have a high-speed train underneath it. But the poor geological conditions of that area didn’t make it easy for Li and his team at all. Such a structure requires a super solid foundation, which meant the team had to add extra foundation piles to secure it.

They also had to make sure the entire building is quakeproof because the vibrations for the high-speed trains could have adverse effects on the terminal's structure. To solve this particular issue, they designed a shock absorbent layer between the ground and B1 floors of the building. 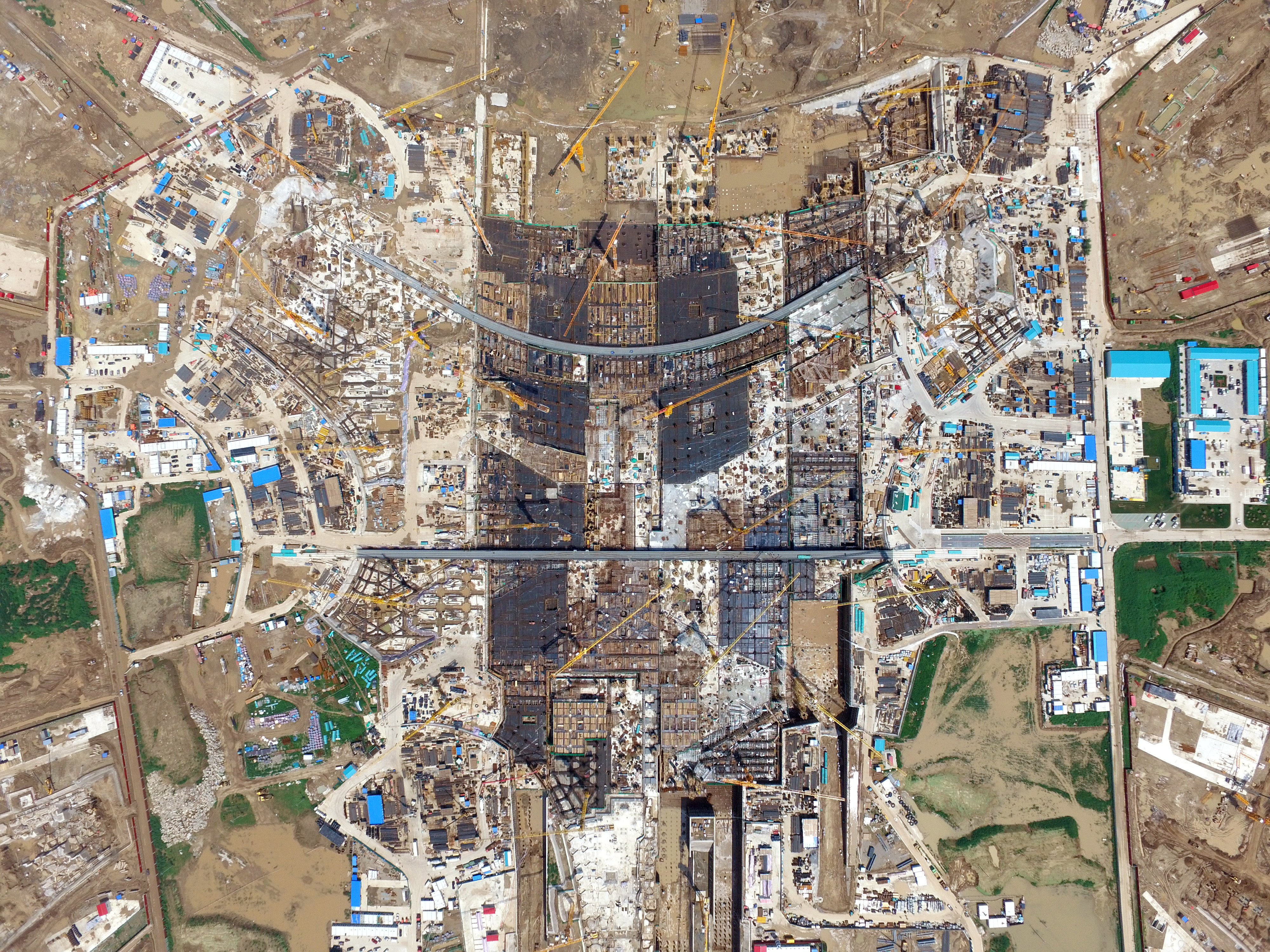 An aerial shot of the beginning phase of the construction./ Courtesy of Beijing Urban Construction Co.Ltd

An aerial shot of the beginning phase of the construction./ Courtesy of Beijing Urban Construction Co.Ltd

“During the peak time, all the 8,000 workers are working at the same time; it was a stunning view,” Li said.

As the project manager, Li's job was to work with over 8,000 builders, organizing the team and making sure every step of the construction was carried out steadily and safely. It’s was the norm for him to walk thousands of steps every day to carry out his duties; the size of the terminal equals 25 standard football fields.

Now that the construction of the terminal is complete, Li and his team of thousands of workers will leave the place they have lived and worked in for almost four years.

"This airport is like a child to us. We witnessed it coming into the world, then grow up to become an adult, and now it's about to enter the society. We are reluctant to part with it because we have all put painstaking efforts into it," said Li.