The CPC in the eyes of post-90s Party members
CGTN 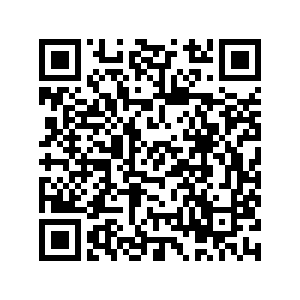 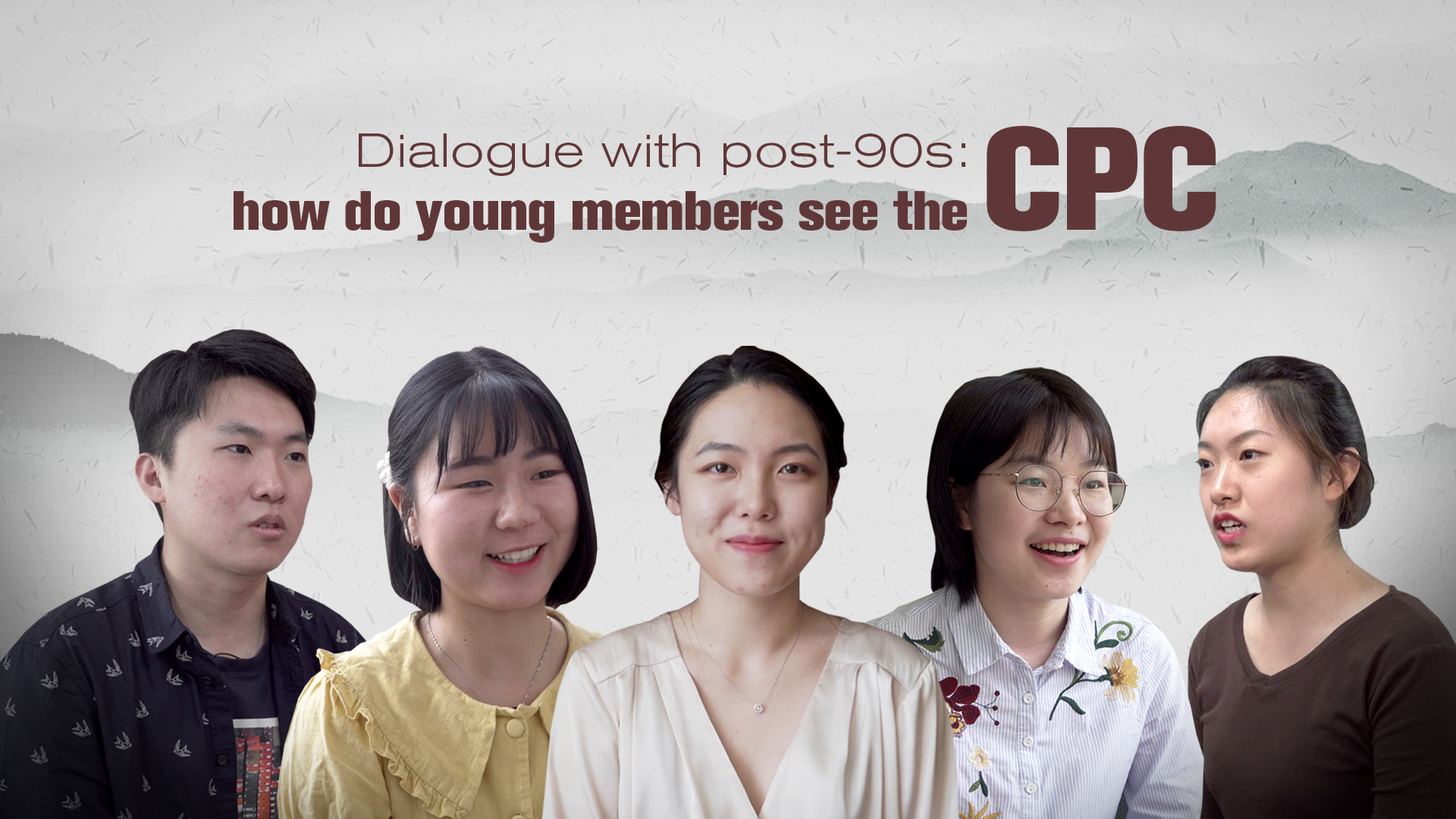 As the core of China’s leadership, the Communist Party of China (CPC) has grown steadily in recent years, reaching a total membership of 90.59 million by the end of 2018. Among the new members, 44.9 percent hold junior college degrees or above and 80 percent are 35 or younger.

As this year marks the 98th anniversary of the establishment of the CPC, CGTN talked to several post-90s CPC members to find out how they view the Party. Those young Party members study different majors at university and have joined the Party for different reasons. But all of them are working hard to be better people.

Reasons for joining the CPC

Wang Lijun, a student from Beijing Union University (BUU), said that her grandfather told her many stories about Mao Zedong and the establishment of the People’s Republic of China (PRC), "So I want to learn more about the CPC since I was a little girl," she told CGTN, "I think it's a right choice to join the CPC because China is flourishing under the leadership of the CPC."

Wang mentioned that one day when she was in the school canteen, a member of staff saw she was a Party member and complimented her, saying "you are a CPC member!"

"I felt proud at that moment," Wang said with a smile, adding that as a CPC member, she has greater motivation to achieve something. 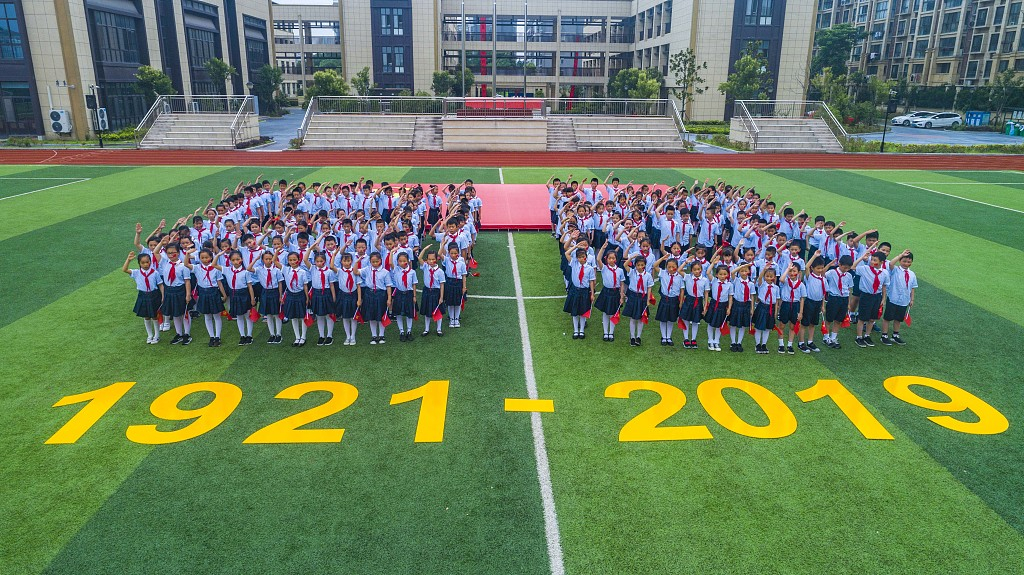 2019 marks the 98th anniversary of the establishment of the CPC. /VCG Photo

2019 marks the 98th anniversary of the establishment of the CPC. /VCG Photo

Xu Mingyue, who is also from the UPCL, told CGTN that she had a chance to know more about the CPC when she ran for the student council in her university, and felt it was an honor to become a CPC member. She has been a Party member for four years. "The CPC provide numerous opportunities for young people which can help them make progress."

Wang said they have activities such as taking part in Party lectures, visiting history exhibitions and doing volunteer work in local communities. Because her roommates are also present or potential CPC members, they regularly discuss Party-related matters every night, which makes them learn a lot from each other.

Compared with other activities, Xu said her class has a special activity named "sweating". She explained that it requires them to point out their fellows' shortcomings. "It gives us a chance to know our weaknesses and make us become more resilient." 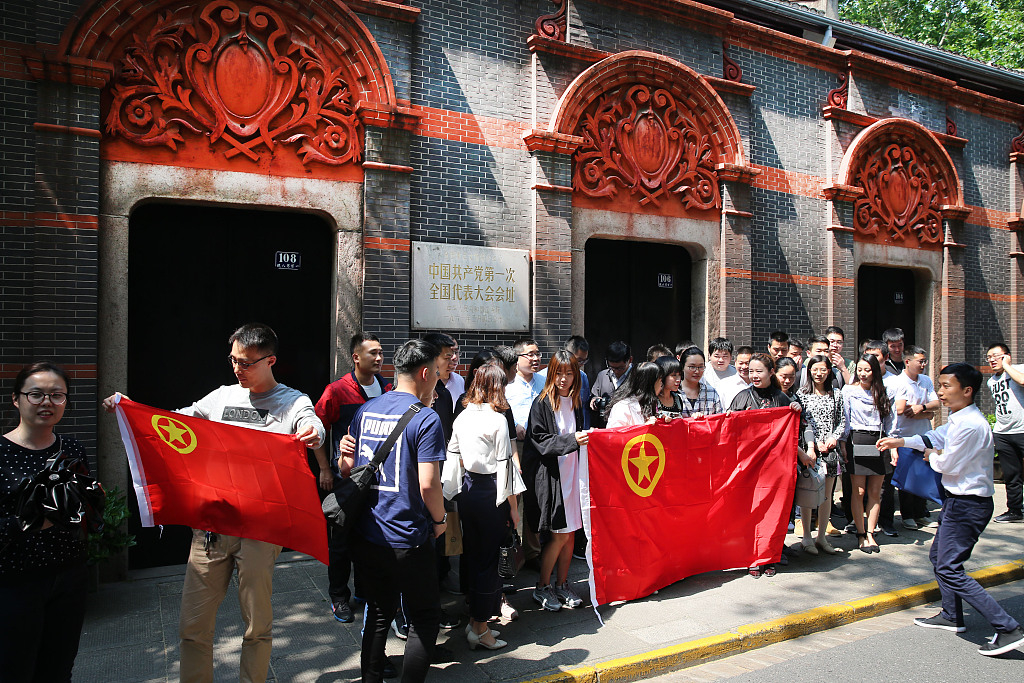 Young Party members visits the site of the 1st National Congress of the CPC in Shanghai. /VCG Photo

Young Party members visits the site of the 1st National Congress of the CPC in Shanghai. /VCG Photo

When asked about her thoughts on some negative Western reports about China and the CPC, Wang said it is because they do not know the real situation in China. "Only people who live here can see the huge progress of people's lives."

"As a young Party member, the CPC I know is open, inclusive and enthusiastic," said Wang, "I believe we are becoming better and better."

She said compared with the older generation, their life is much happier now, "I believe the reason for our happy lives today is because we have found the right way."

Openness and freedom are the driving forces of modern society, Xu said the CPC will not ignore the power of these two principles. "The Party provide many chances for its members to go outside to learn."

She added that the CPC has funding to subsidize young members to study abroad. "I hope our foreign friends can come to China and learn more about our country."