Mark Esper: the new hawk flying above the Pentagon
By Zeng Ziyi 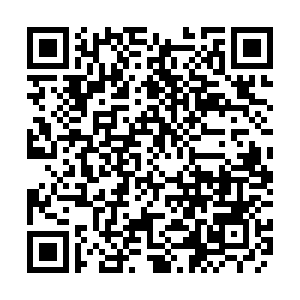 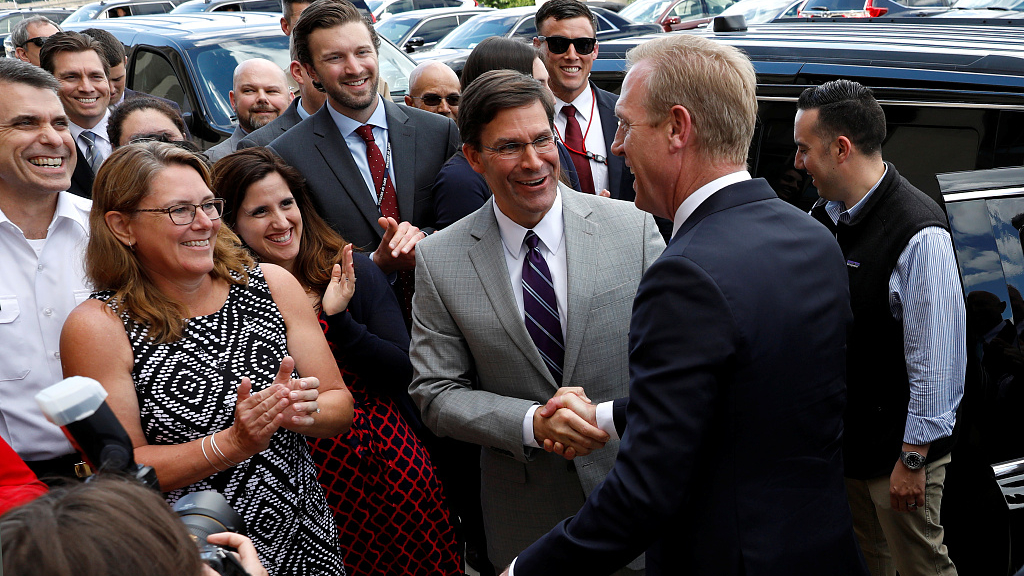 U.S. President Donald Trump tapped Mark Esper to head the Pentagon in mid-June, replacing Patrick Shanahan who is now beleaguered by domestic abuse allegations. The 55-year-old army veteran is known to have hawkish views toward Russia and China. He also has deep roots in the military-industrial complex and was named a top corporate lobbyist by The Hill in 2015 and 2016.

Unlike his two predecessors, Marine Corps General Jim Mattis and Boeing executive Shanahan, Esper appears to have taken the "revolving door" not uncommon in Washington. By leveraging his experience in the military, he shuttled between positions in the government and the private sector, where he eventually landed as the vice president of government relations at Raytheon, a top U.S. defense contractor known for its Tomahawk and Patriot missiles.

Esper's sudden ascension comes at a time when the U.S. is challenged on several fronts, including heightened tension with Iran, dysfunctional relationships with traditional allies and questions about the role of the U.S. military in stopping immigrants on the southern border. Yet the commanding issue for Esper is China.

Esper told Reuters that he has had his eye on China for more than two decades and called it a personal priority. He also acknowledged that Washington has been late in recognizing that the two countries are in a strategic competition. 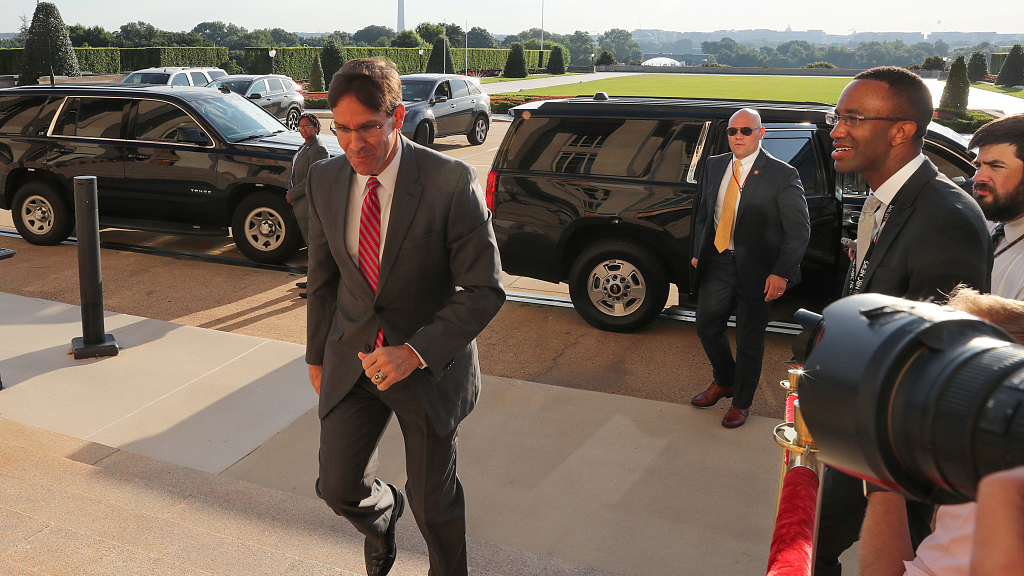 U.S. Acting Secretary of Defense Mark Esper arrives for his first day in his new position at the Pentagon in Washington, DC, June 24, 2019. /VCG Photo

U.S. Acting Secretary of Defense Mark Esper arrives for his first day in his new position at the Pentagon in Washington, DC, June 24, 2019. /VCG Photo

"The issue of China, competition with China, China's capabilities, is not a new one to me… That is both the foundation and the shaping of my views on these various issues, because I've watched this evolution for 20 years now," he told Reuters.

Esper was a staunch advocate of the Army Futures Command, the U.S. Army's 30-billion-U.S.-dollar research lab aimed at bringing the latest AI and robotics technology to combat to confront Chinese and Russian military. Currently, the branch is developing a supergun capable of hitting targets in the South China Sea from 1,000 miles away.

"You can imagine a scenario where the Navy feels that it cannot get into the South China Sea because of Chinese naval vessels," Esper told media earlier this year. "We can, from a fixed location on an island or some other place, engage enemy targets, naval targets, at great distances and maintain our standoff and yet open the door, if you will, for naval assets or Marine assets."

However, military and weapon experts have expressed doubts regarding the program. "Whether it be a cannon or rocket, its operational range tells us that the supergun will be a slow and sizable weapon hard to conceal from Chinese counter-attack measures," Shi Hong, executive chief editor of Shipborne Weapons, told CGTN. 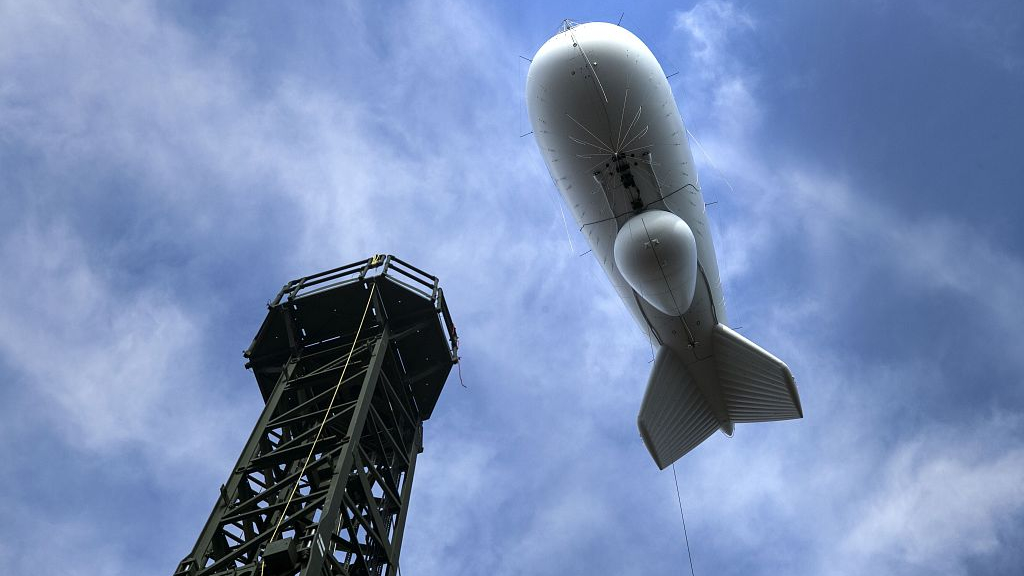 This is not the first time Esper brought up a fantastical idea. While lobbying for Raytheon, he worked with other lobbyists in convincing the Pentagon to pay 2.7 billion U.S. dollars for two blimps that are promised to be the ultimate radar to help defend the U.S. capital region. Yet as a Los Angeles Times investigation revealed, the blimp struggled to detect and identify flying objects, which included a 61-year-old Douglas Hughes flown by a postal worker. In 2015, the blimp accidentally broke loose and crashed, knocking down power lines along its uncharted course above Pennsylvania. The incident led to the eventual shutdown of the program known as JLENS.

Esper graduated from West Point in 1986, where his classmates included Secretary of State Mike Pompeo. During the Gulf War, he served as an infantryman in a battalion that is famous for the "left hook" that led to the defeat of the Iraqi army. He remained on active duty for over 10 years before rising to the rank of lieutenant colonel.

After the war, Esper joined the Washington-based, conservative think tank Heritage Foundation as its chief of staff. Thereafter, he took on a series of jobs in the Republican-led legislative and executive branch, including senior staffer on several Senate committees and deputy assistant of Secretary of Defense Chuck Hagel charged with negotiating arms control and nonproliferation issues. 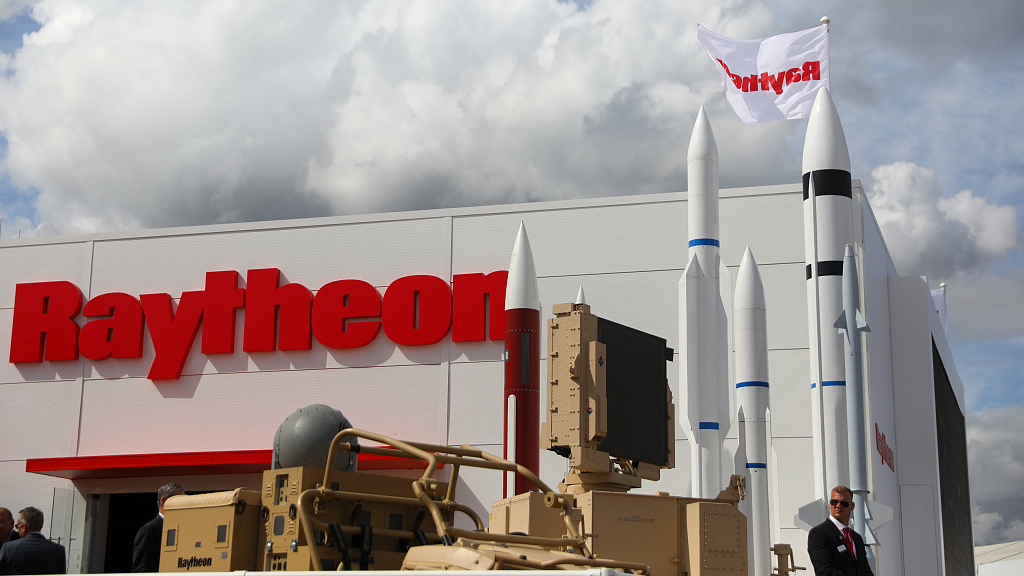 In April 2006, Esper took his first step into the private sector by joining the Aerospace Industries Association, a lobbying organization at the service of industry giants such as Google, Northrup Grumman and Raytheon. As the executive vice president of defense and international affairs, he worked to increase weapons sales to foreign governments. The following year, he was appointed by then Senate Minority Leader Mitch McConnell to the U.S.-China Economic and Security Review Commission for a term that lasted until the end of 2008.

Esper earned a PhD in political science from George Washington University in 2008 with a dissertation titled "The role of Congress in the development of the United States' strategic nuclear forces, 1947-1968." He also became a senior fellow at the National Institute for Public Policy, a right-wing think tank associated with the weapons industry. In November, he took another shot at the private sector and joined the U.S. Chamber of Commerce, the largest American lobbying group.

In July 2010, Esper was hired as the vice president of government relations at Raytheon. He revealed during a Senate testimony that he lobbied for three programs while working there, including JLENS.

During a foreign policy event at the Brookings Institution last year, Esper opened his remarks with a quote from former U.S. Secretary of State George C. Marshall: "The only way human beings can win a war is to prevent it." He then went on to add that "The best way to prevent a war is to be prepared to win it."