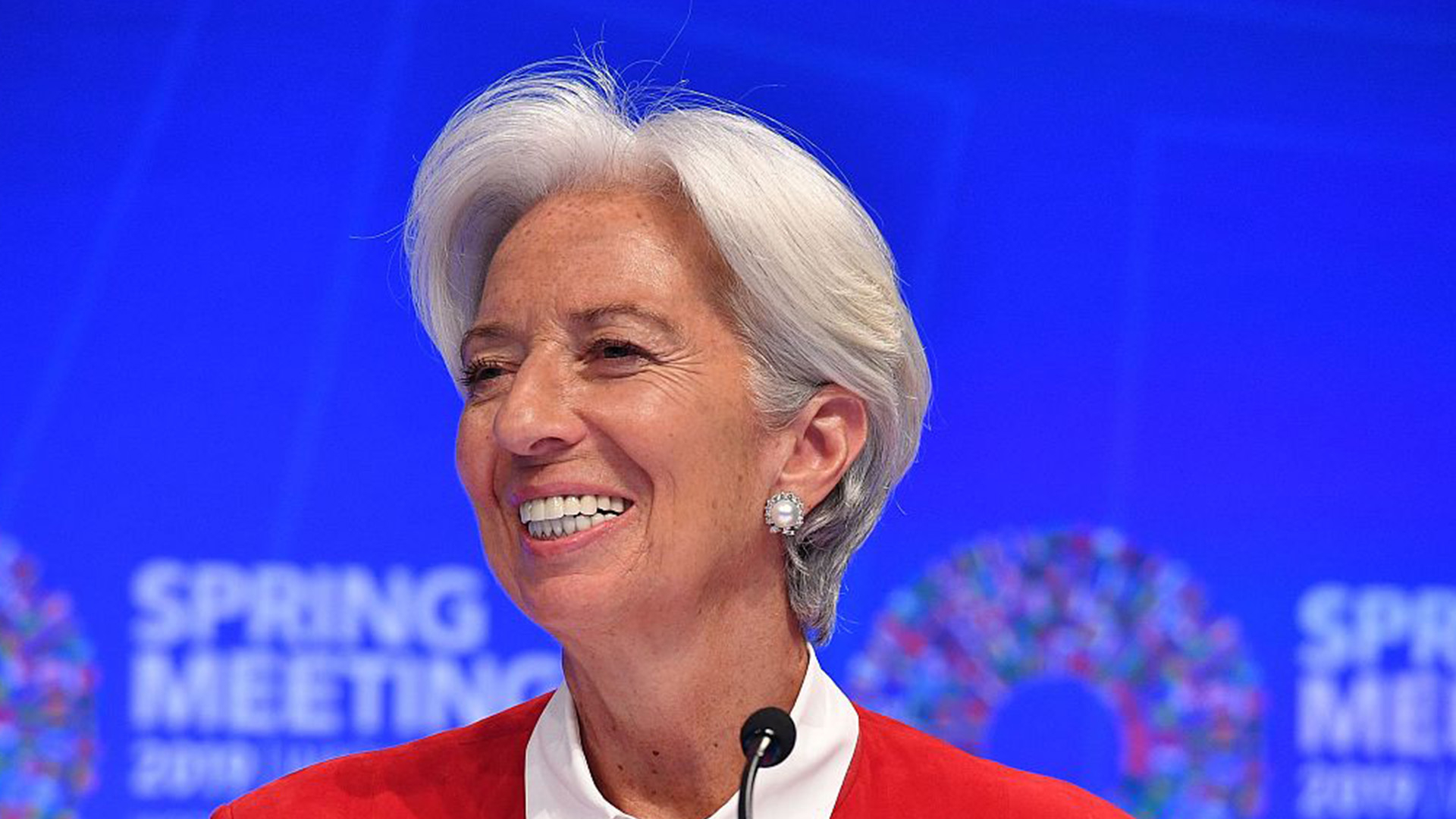 Christine Lagarde was nominated to succeed Mario Draghi as president of the European Central Bank (ECB) when Draghi's eight-year term ends on October 31.

Lagarde said she was "honored to have been nominated for the Presidency of the European Central Bank," and has decided to temporarily step down from the International Monetary Fund (IMF) leadership during the nomination period.

The nomination is part of the European Union (EU) leaders' agreement on the future leadership of EU institutions, which also includes proposing Ursula von der Leyen, the female German defense minister, to be the next European Commission president.

Moving from Washington to Frankfurt, Lagarde will have to drive the monetary policy in a 19-nation economy which has been signaled "needing help" by Draghi, for example in lowering interest rates with the resumption of quantitative easing.

According to a report by Bloomberg, the inflation is running at barely half the ECB's goal of just under two percent despite years of negative rates and 2.6 trillion euros (20.2 trillion yuan) of bond purchases. 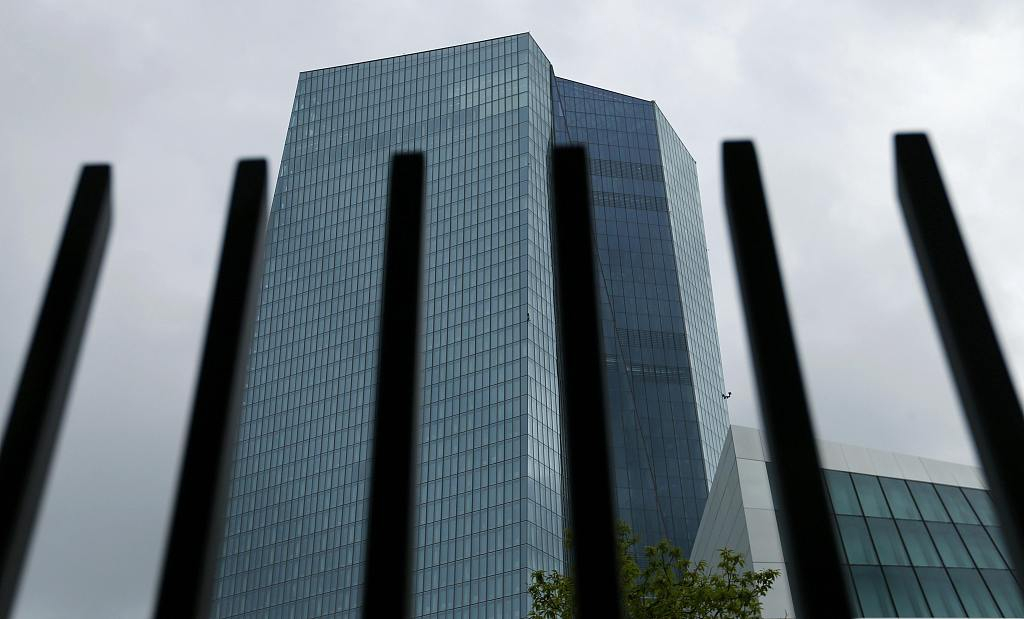 Lagarde, 63, is a lawyer who became the 11th managing director of the IMF on July 5, 2011, the first woman to hold the position. She was re-elected to a second five-year term of the IMF presidency on July 5, 2016.

Prior to joining the IMF, Lagarde served as France's finance minister from 2007 to 2011. 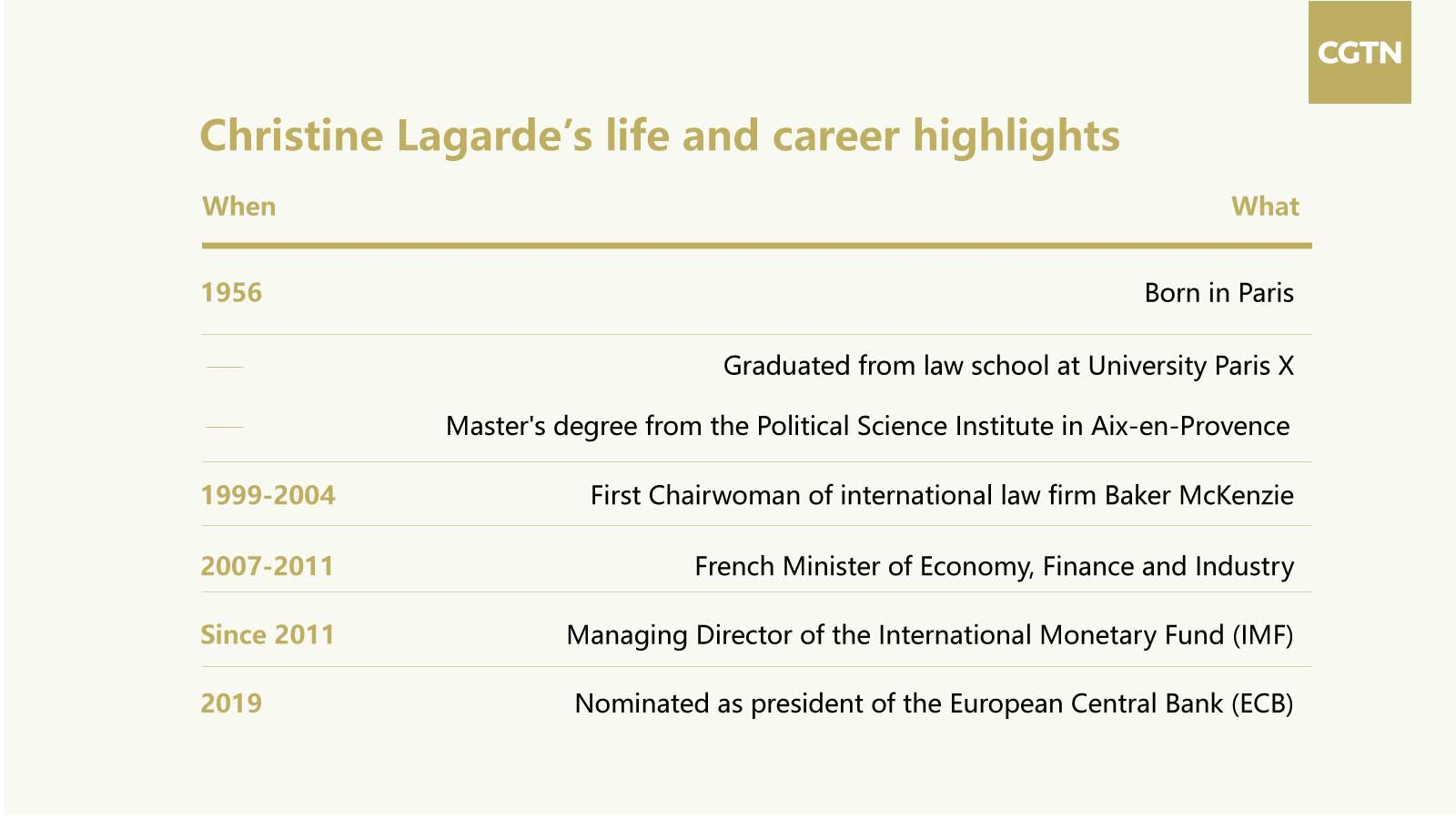 "Christine Lagarde will, with her international background and standing as current managing director of the International Monetary Fund, be a perfect president of the European Central Bank," European Council President Donald Tusk said in a news conference.

German Chancellor Angela Merkel was with Tusk, saying Lagarde "was chosen because she took on an indisputable leadership role at the IMF."

"I think whoever can do that can also lead the ECB," said Merkel.

French President Emmanuel Macron noted "she (Lagarde) has the qualities and competence for the ECB. She has credibility with the markets."