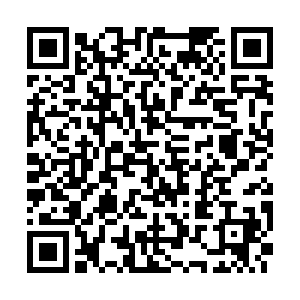 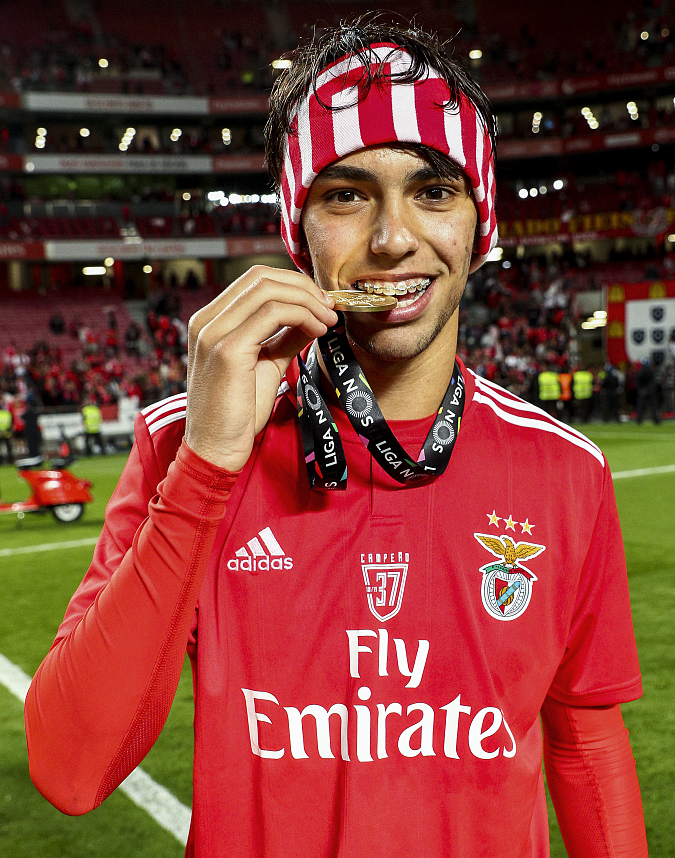 The fee is a record for a Portuguese club and for Atletico Madrid and makes the teenager one of the five most expensive players in history.

Atletico tweeted a video of the player in the Prado gallery in Madrid contemplating paintings by old masters, with the phrase, "enormous talent", before he turned and smiled at the camera with the caption: "Welcome Joao Felix, pure talent."

He is a potential replacement for Antoine Griezmann who scored 133 goals in five seasons at the club. Atletico have already said the French striker is leaving. He is expected to join Barcelona when his release clause, which dropped to 120 million euros on Monday, is activated.

The Felix signing came on a busy day for Atletico.

Earlier on Wednesday, the club confirmed the signing of Mexican midfielder Hector Herrera from Porto while another midfielder, Rodrigo Hernandez, left Madrid for Manchester City for 70 million euros.

Atletico had already bolstered their midfield with the addition of the 24-year-old Marcos Llorente, bought for 45 million euros from Real Madrid.

Felix, a forward who can play on either flank or centrally, has enjoyed a breakthrough season at Benfica, scoring 20 goals in 43 games and helping the club win the Portugese league title. 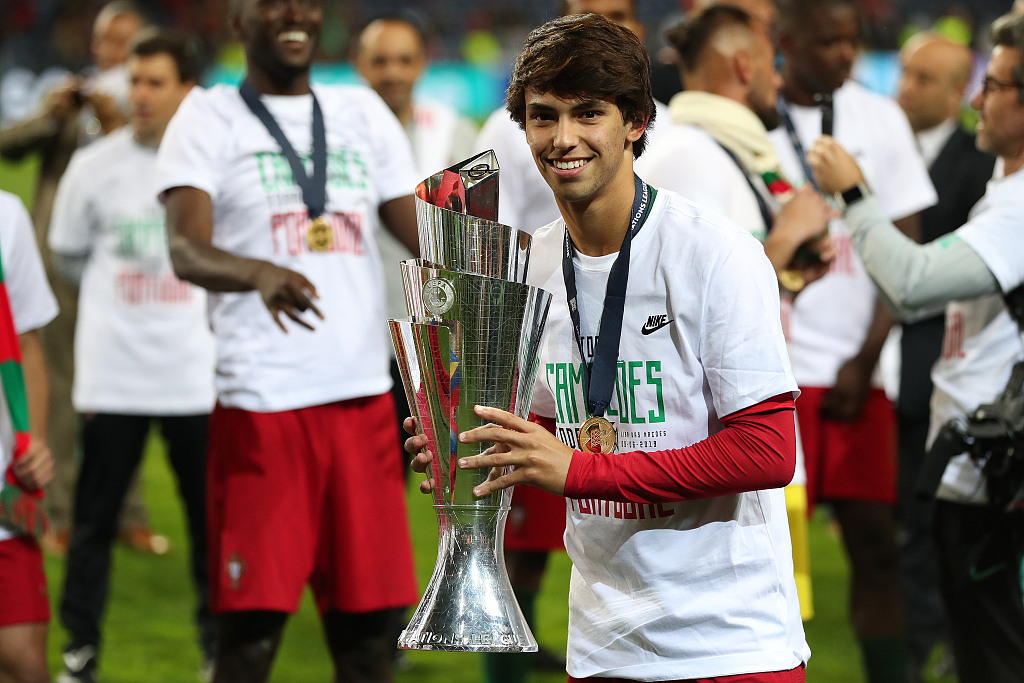 Forward Joao Felix has also won the UEFA Nations League with Portugal as they beat Netherlands in final on June 9, 2019. /VCG Photo

Forward Joao Felix has also won the UEFA Nations League with Portugal as they beat Netherlands in final on June 9, 2019. /VCG Photo

He also made his debut for Portugal earlier this month, starting alongside Cristiano Ronaldo in their Nations League semi-final win over Switzerland.

He had been linked with a number of Europe's leading clubs including Manchester City, Manchester United and Juventus.

Atletico coach Diego Simeone said in June that the Portuguese prodigy was in his sights.

"He's a young player," Simeone told Fox Sports Argentina. "Historically, Atletico Madrid is a club that buys young players in order to develop and improve them... Like Griezmann, who when he arrived was not what he is today."

The world transfer record is the 222 million euros Paris Saint-Germain (PSG) paid Barcelona for Neymar in 2017.