Dutch winger Arjen Robben announced on Thursday he is ending his playing career at the age of 35 after a 10-year spell with German giants Bayern Munich.

"It is without a doubt the most difficult decision I have had to make in my career, my heart says yes, my body says no," Robben told De Telegraaf.

His contract at Bayern had expired on June 30. Robben played 96 international matches for the Netherlands, scoring 37 goals, and starred in the team which reached the 2010 World Cup final and finished third four years later. He won two Premier League titles under Jose Mourinho at Chelsea in 2005 and 2006, before claiming a La Liga winner's medal with Real Madrid.

But Robben, a Groningen youth product, will be best remembered for his time at Bayern. He helped the Bavarians to eight Bundesliga crowns, five German Cups and the 2013 Champions League title, scoring 144 goals in 309 appearances for the club.

There had been speculation Robben would continue playing, with a possible return to England mooted, but instead he has decided to hang up his boots after a career which was often blighted by injuries.

"At the moment I'm fit and healthy and as a fan of many other sports, I want to keep it that way in the future," Robben added. 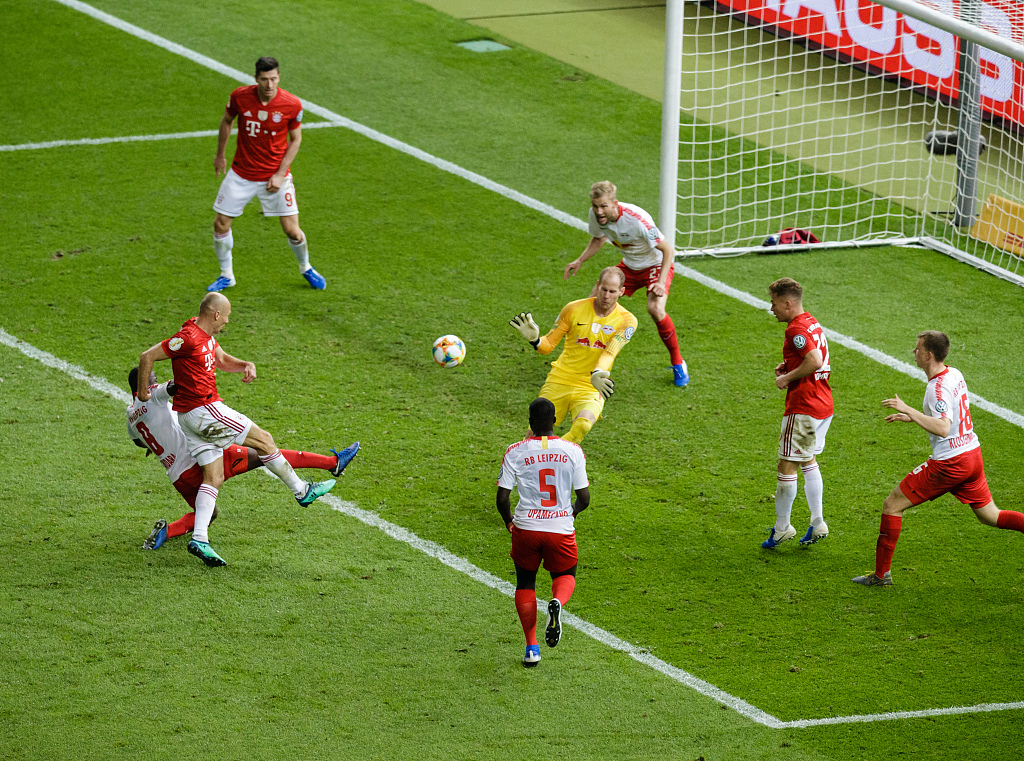 Arjen Robben of Bayern Munich launches a shot during the DFB Cup final against RB Leipzig at Olympiastadion in Berlin, Germany, May 25, 2019. /VCG Photo

Arjen Robben of Bayern Munich launches a shot during the DFB Cup final against RB Leipzig at Olympiastadion in Berlin, Germany, May 25, 2019. /VCG Photo

At Bayern, he combined with fellow winger Franck Ribery to great effect as the pair earned the nickname "Robbery."

"Thank you, danke, merci, dankjewel @arjenrobben," wrote the 36-year-old Ribery, whose Bayern contract also expired last month, on Twitter. "Best @FCBayern counterpart I could imagine, #Robbery will never be forgotten! What a career my friend, now enjoy your time off the pitch."

Robben had already retired from international football after the Netherlands failed to qualify for the 2018 World Cup.

He missed the majority of Bayern's tight title contest against Borussia Dortmund in the second half of last term, but returned late in the season.

Robben and Ribery both scored in their farewell appearance as Bayern secured a seventh straight German league title on the final day of the season with a 5-1 thrashing of Eintracht Frankfurt.

(Cover: Arjen Robben holds the trophies of the Bundesliga and the DFB Cup, May 28, 2019. /VCG Photo)