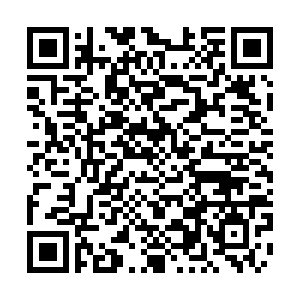 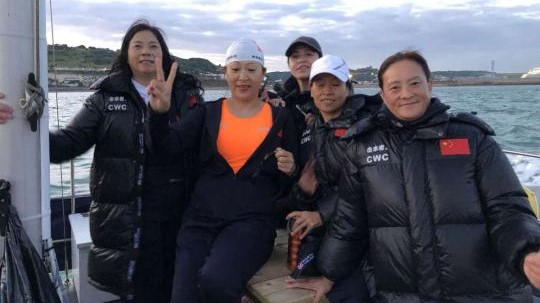 It was the first time that Chinese women have swum across the well-known open-water route by relay.

According to Lyu Gang, leader of the team, the five swimmers started at 21:57 on Tuesday (London time) from Dover and reached their goal at 18:30 on Wednesday (Paris time). The whole trip took 19 hours and 33 minutes.

The five Chinese female swimmers pose for a photo before starting to cross the English Channel, July 2, 2019. /China Daily Photo

The five Chinese female swimmers pose for a photo before starting to cross the English Channel, July 2, 2019. /China Daily Photo

Team captain Zhang started first, followed by Zheng, Lu, Wang and Wei. According to rules of the challenge, a team can include four to six swimmers and each of them must swim for at least an hour. If any of them falls short, the whole team fails the challenge.

Lyu pointed out that swimming in strange open water is one of the major difficulties faced by the team. The most proper finishing time of the challenge is 15 hours. However, waves began to grow as the second swimmer Zheng jumped into the water and, according to Cao Yangfan, organizer of the event, the team lacked experience of saving and assigning strength. As a result, they swam more distance and used more time than necessary before Wei finally landed in Calais on her fourth leg.

About two weeks ago, a four-man Chinese relay team finished the challenge by completing 45.5 kilometers in 14 hours and 55 minutes.