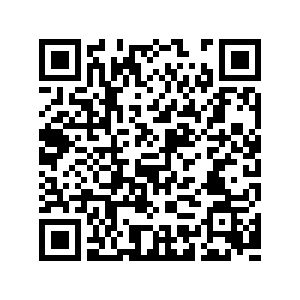 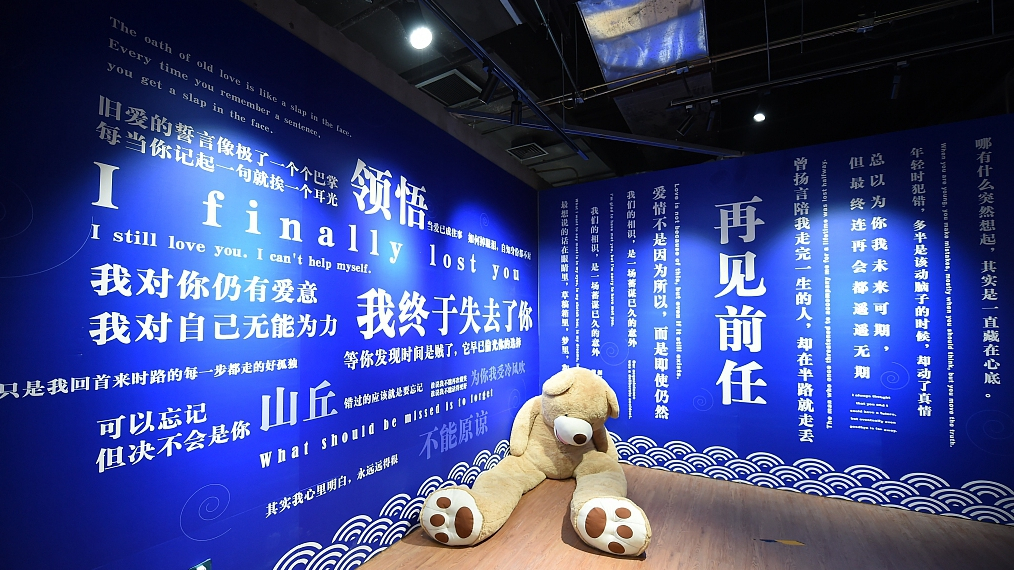 "When we were together, you always worried about being oversized and wanted to lose weight, so I'm used to buying you diet tea. It's a habit now but you're gone. Anyone else need diet tea?"

“You think it's romantic to write letters in the age of instant messaging. I kept ten more letters when we had a long distance relationship. We finally didn’t make it. No one will have such wired thoughts any more. ”

"He gave me a sheep-shaped mug. This is not a luxury gift but I liked it a lot. I broke a leg of the sheep and we broke up. Now when I recall the memory, it seems like our relationship was as incomplete as the broken mug. I got over him and I left the mug to the museum.”

Those are stories told by people who donated the stuff of their exes to the Mr. Breakup Museum on exhibition in Beijing. 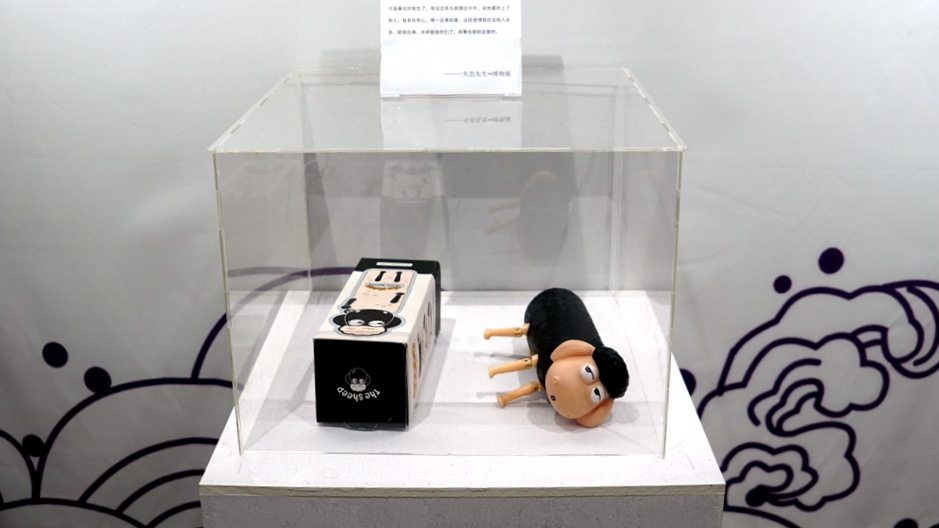 The mug with a broken leg. /CGTN Photo

The mug with a broken leg. /CGTN Photo

Stepping into the museum, a visitor can see black and white sentences printed on the walls, describing one's emotions when falling in love or having a heart broken.

“Who has never been disappointed in love? I think that donating things is the first step out,” said a visitor. 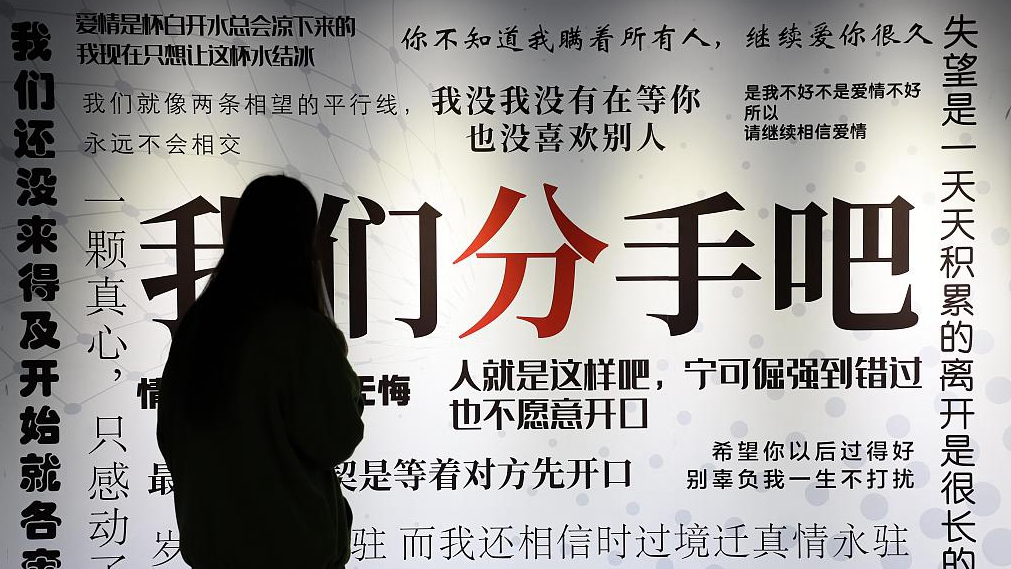 The museum features over 100 exhibits donated by people across China. Each item at the museum has a story behind it – be it cheating, falling out of love for whatever reason. And each is worthy to be told, shared, and learned from. Going through the items and stories, with love and breakup songs playing in the background, it's hard not to be filled with emotions.

Visitors can also leave notes on the walls to tell their own stories and donate their own heartbreak items to the museum. 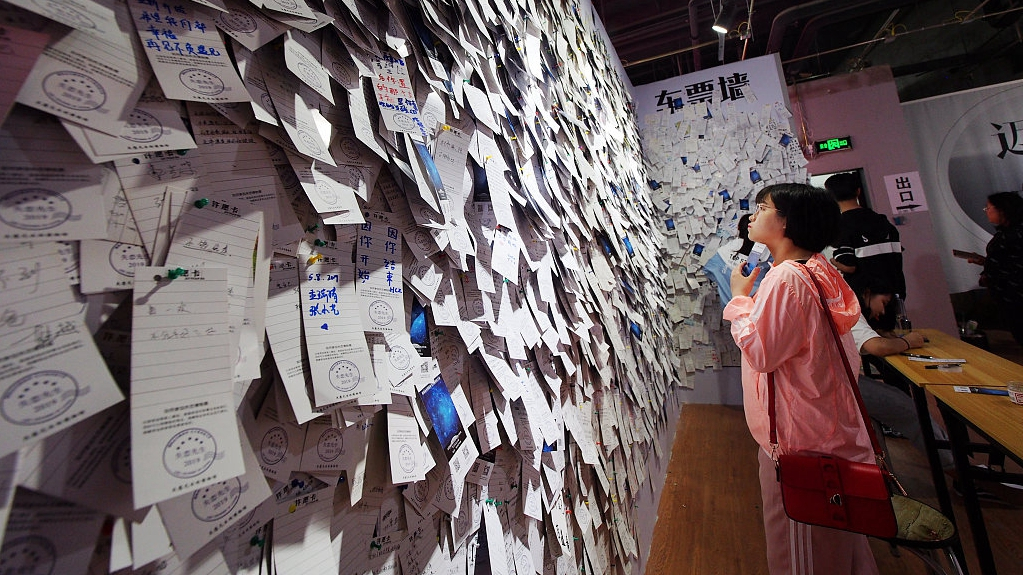 Breakup museums seem to be all the rage in China these days – with one opening after another across the country. The Mr. Breakup Museum opened in Beijing this summer. CGTN did a live stream in southwest China’s Chengdu – the Museum of Brokenhearted.

These museums are all inspired by the world's first breakup museum, which was opened in Zagreb, Croatia. In 2011, it was awarded the Most Creative Museum Award in Europe for the collection of more than 1,000 break-up items from all over the world. The curator Rubich once said in an interview that the exhibits leave a mark on our lives, collecting or recalling the good feelings, and sharing this memory is also a way to cure the loss of love.