A Hotan woman – from farmer to factory worker
By Wang Xiaonan 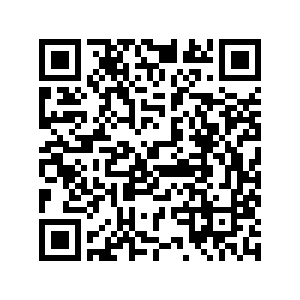 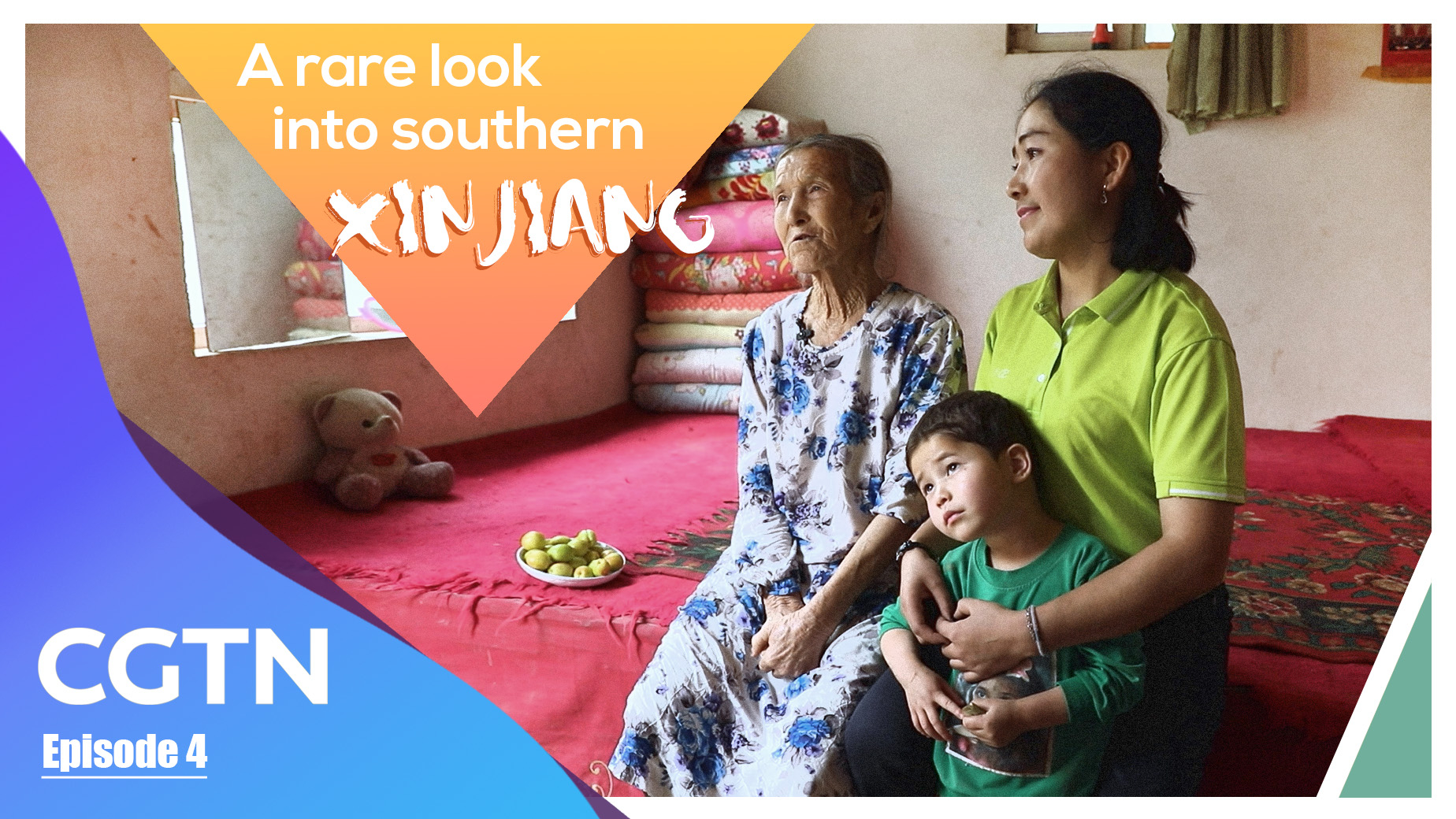 Far into the western hinterland of China, the epic towns of Loulan, Niya, Charklik and Qiemo once shimmered on the ancient silk road. Over millennia, the legends of these crossroads were devoured by the rolling sand dunes in the Taklamakan – China's largest desert. Apart from city ruins, countless small settlements disappeared in the ever-moving sands which, now, cover over 80 percent of the Taklamakan, also known as the "sea of death."

Much of the land is lifeless. But there are exceptions – Yutian is one of them. A county nestled in the oasis on the southern rim of the Taklamakan is one of the remotest and poorest places in China.

The poverty in the county under the administration of Hotan – the least developed prefecture in southern Xinjiang – has been exacerbated by a grievous lack of resources and frequent dust storms.

For decades, only tourists left their footprints in the county, seeking mystery from the Keriya River, looking for the former home of Uncle Kurban, who had wanted to ride a donkey thousands of kilometers to meet Chairman Mao 50 years ago. It's only in recent years that businesses started favoring this land for its cheap labor and tax incentives. Labor-intensive industries, in particular textile manufacturers, from eastern coastal areas relocated their factories to this bleak town. 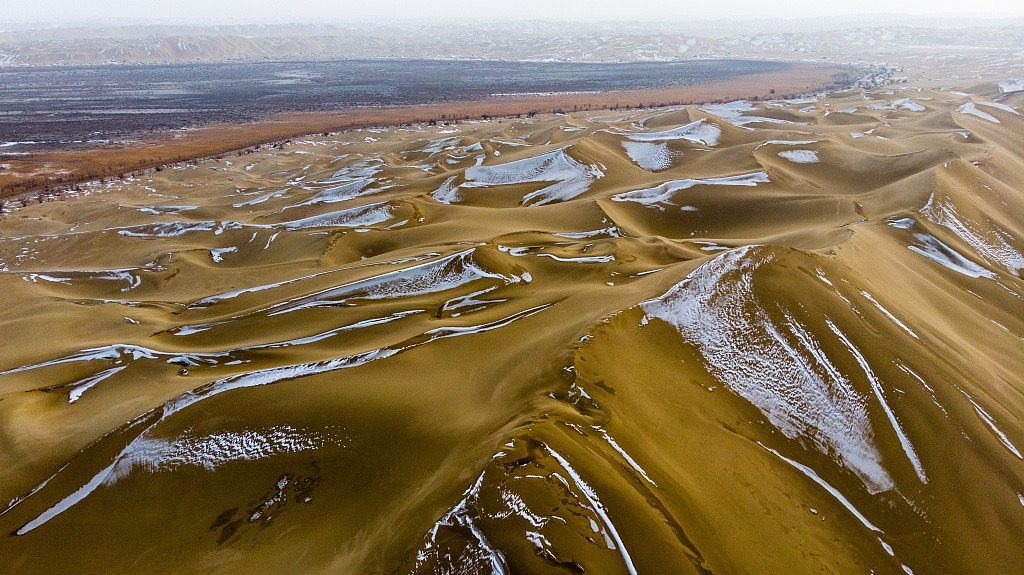 After rattling almost four hours along the endless sand dunes, we arrived at a garment industrial park in the middle of the town. The park houses three plants that have so far created over 3,200 jobs.

The glove factory of a Zhejiang textile company alone brought about 1,200 jobs for locals, including Tursungul – a 27-year-old woman who was a farmer before the industrial park was built in August 2016.

"I only have a middle school diploma and used to be a farmer, working the field. Back then, my whole family had to rely solely on my husband's income," Tursungul told us. In the first month after she started the factory job, she took home 800 yuan. Now an experienced worker, she earns 1,600-1,800 yuan every month. That's several times higher than what she got from growing fruits and vegetables on the dry, barren land. Other places in the region are known for growing high-quality fruit, but poor soil quality and sandstorms have made agriculture here next to impossible.

Most of the factory's other workers are Uygur women who had stayed home and worked the infertile field in the past.

"Everyone working here used to live below the poverty line. Now our annual household income can reach 30,000 yuan," said Tursungul, a mother of two kids. 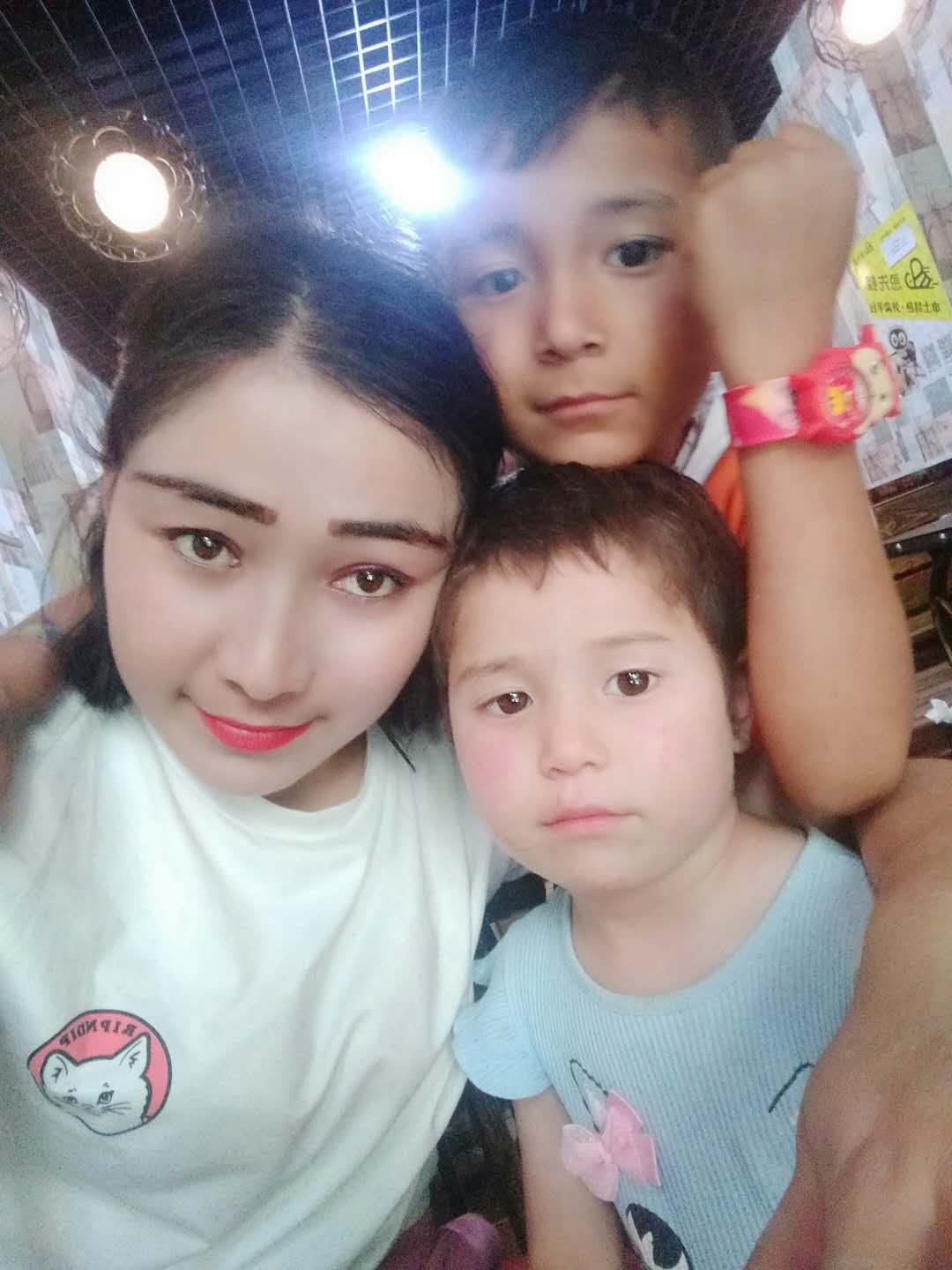 Tursungul's selfie with her two kids.

Tursungul's selfie with her two kids.

The factory job offers more than a financial cushion. "When we were farmers, we knew nothing about wearing make-up. After working here, we began learning how to dress up."

Living nearby, Tursungul took us to her home during the noon break. The house is quite humble and even dilapidated according to modern standards.

Her three-year-old daughter Sabira was shy around strangers but got acquainted with us pretty soon. She kept circling around us when we interviewed her grandmother Salamethan – Tursungul's mother-in-law.

"Two of my grandchildren are attending universities outside of Xinjiang and one in Urumqi. I'm proud of them," Salamathan, now in her late 70s, told us, adding that going to college is something that she never imagined when she was younger.

Local education is improving along with livelihood. "Back in the 1950s and 1960s, we drank from the lake mingled with weeds and insects. Now we can drink from the tap," Salamathan said. The tap water that comes from newly-built water plants have improved local sanitation. 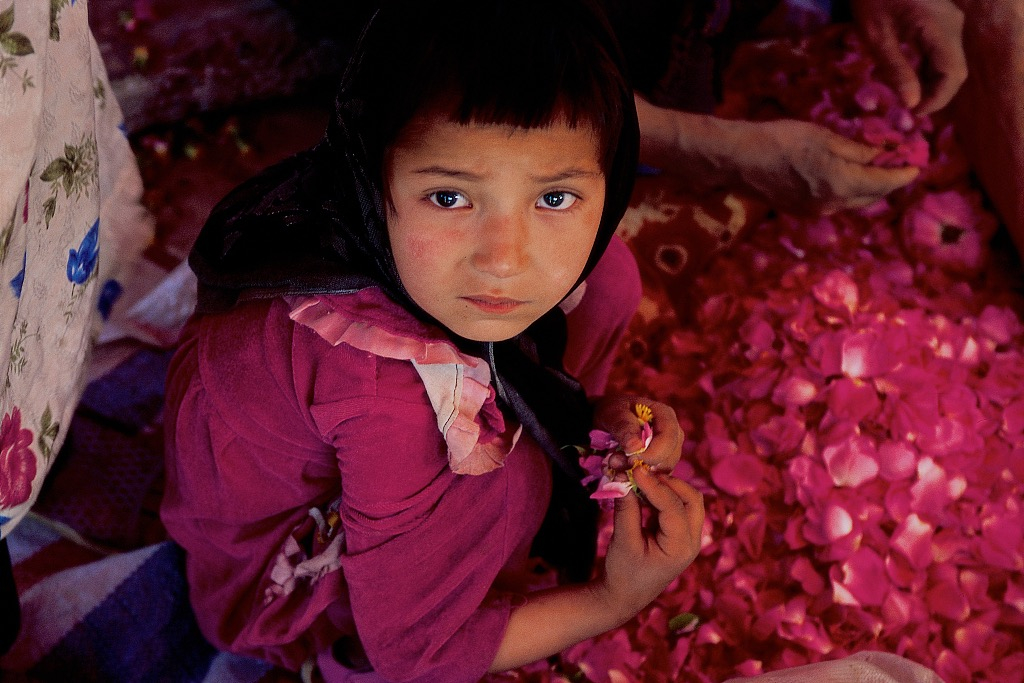 In the yard, they were raising roosters and sheep, which could bring them additional income. The land in the back that was used to plant common vegetables was switched over to growing roses, a local government plan that will bring a rural family an income doubling that of cultivating vegetables.

The local roses are then packaged for processing into facial masks, essential oils, rose petal jelly and a variety of other products. Hotan is already developing a relatively mature processing industry for such plants.

Though the region may seem devoid of life save for the scattering of small towns, we would see these plants, known as camelthorns in English, everywhere along the way. The people living in this desert were like the camelthorn's bursts of red and yellow, painting the unforgiving Taklamakan with their many colors throughout the centuries.