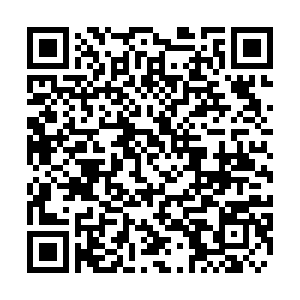 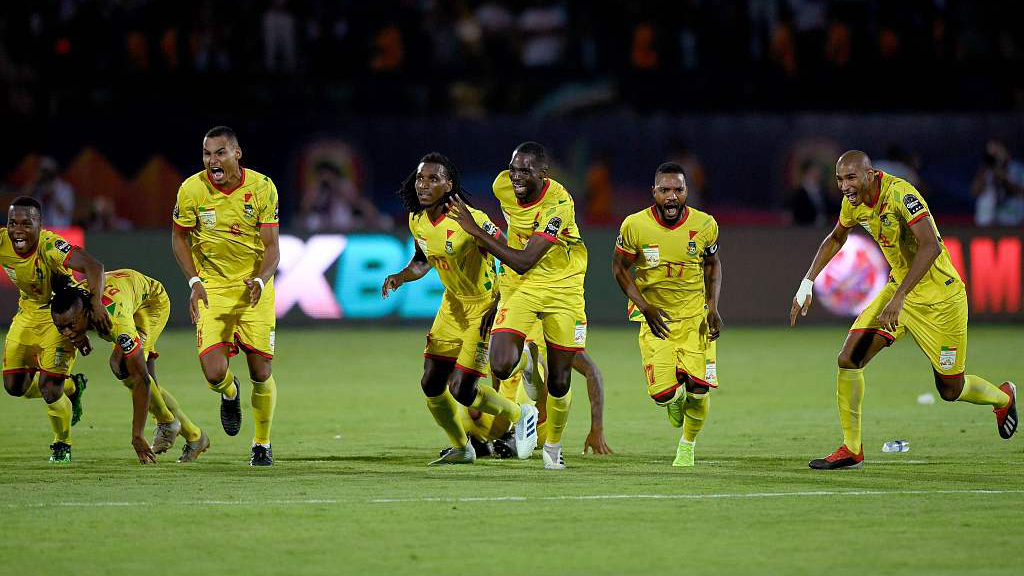 Players of Benin celebrate after winning the Africa Cup of Nations round of 16 match between Morocco and Benin in Cairo, Egypt, July 5, 2019. /VCG Photo

Players of Benin celebrate after winning the Africa Cup of Nations round of 16 match between Morocco and Benin in Cairo, Egypt, July 5, 2019. /VCG Photo

Moise Adilehou forced home at a corner early in the second half to put Benin on course for a shock win but Youssef En-Nesyri equalized for Morocco before Ajax star Ziyech blew the chance to snatch victory by striking the post from the spot in the 96th minute.

Benin were forced to play most of extra time a man down after Khaled Adenon received a second yellow card for dissent, but they prevailed 4-1 in the shootout following misses by Sofiane Boufal and En-Nesyri to set up a clash with Senegal or Uganda on July 10 for a spot in the semifinals.

"It's not the right time to talk about anything," said Morocco boss Herve Renard, after possibly his final game in charge. "The only thing I would like to say is thank you very much to all the fans who came to Egypt to support us."

Morocco suffered a troubled build-up to the tie at Al Salam Stadium with captain and key defender Medhi Benatia lost to injury while Benin were without forward Steve Mounie due to suspension.

Benin, winless in 12 previous matches in the competition, only scraped through to the knockout rounds on the back of three draws after holding both Ghana and reigning champions Cameroon.

En-Nesyri and Ziyech both produced saves in a dreary first half from Saturnin Allagbe, who kept his place in the Benin goal after replacing Fabien Farnolle for the final group game. 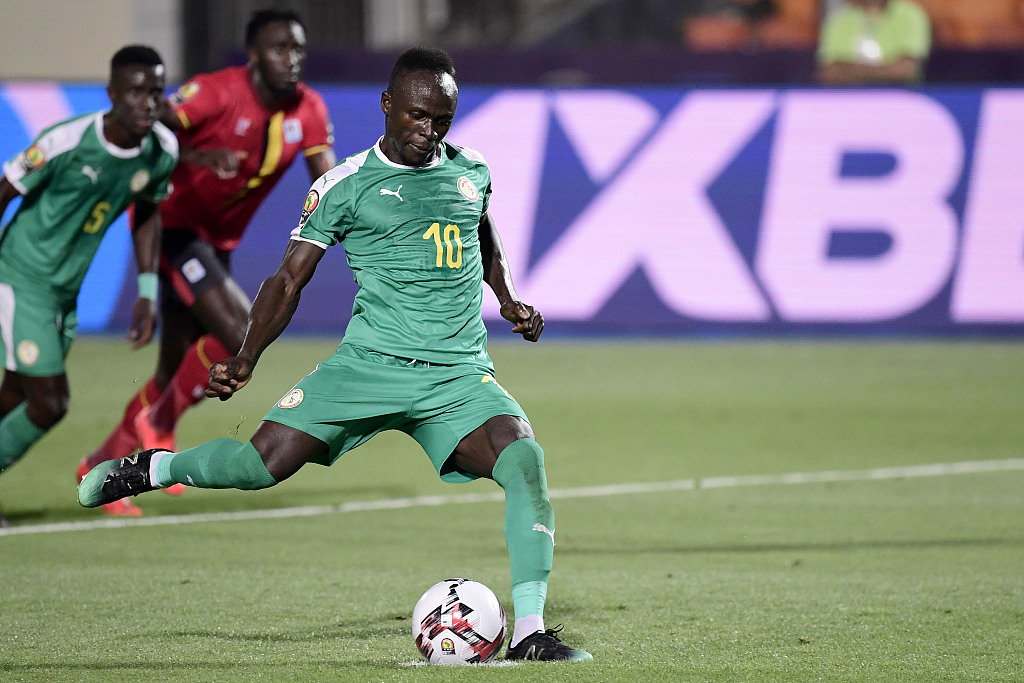 Senegal's Sadio Mane shoots a penalty kick during the Africa Cup of Nations round of 16 match between Uganda and Senegal in Cairo, Egypt, July 5, 2019. /VCG Photo

Senegal's Sadio Mane shoots a penalty kick during the Africa Cup of Nations round of 16 match between Uganda and Senegal in Cairo, Egypt, July 5, 2019. /VCG Photo

Sadio Mane became the leading scorer in the 2019 AFCON on Friday when he scored the goal that gave Senegal a 1-0 win over Uganda in a feisty last-16 clash.

The Liverpool star struck on the 15th minute with a close-range shot after a passing move against the Ugandan defense in Cairo.

Mane later missed a penalty - the second time he has fluffed a spot-kick in as many matches - but his three-goal tally from three matches moved him ahead of 11 scorers with two each.

In the quarterfinals, Senegal will face Benin, who stunned Morocco earlier, winning a penalty shootout after a 1-1 draw following extra time.

A fiery start at the Cairo International Stadium to the second last-16 match saw two Ugandans and one Senegalese yellow-carded within 10 minutes of the kick-off.

Uganda captain and goalkeeper Denis Onyango was first to be booked after racing off his line and fouling Ismaila Sarr, who needed lengthy treatment.

Giant Uganda forward Emmanuel Okwi was the next offender with his elbow brushing the face of Senegal center-back and captain Cheikhou Kouyate.

Senegal's midfielder Papa Ndiaye then went into the book of the referee for deliberately pushing a Ugandan so hard he tumbled off the pitch.