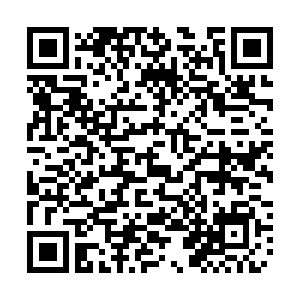 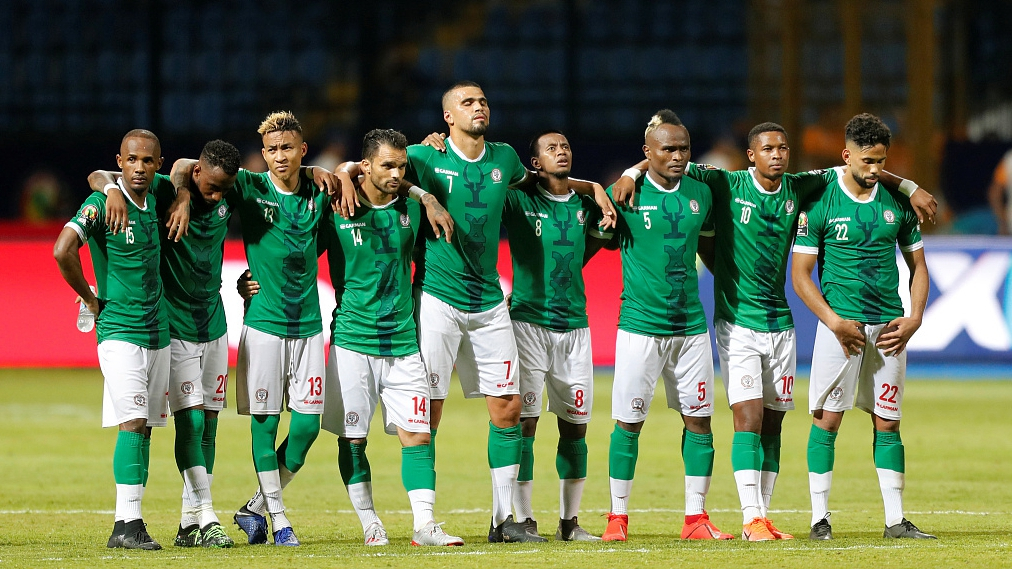 Debutantes Madagascar edged DR Congo on penalties on Sunday evening after a 2-2 draw after extra time in the round of 16, securing a spot in the quarter-finals of the Africa Cup of Nations (AFCON).

During the 120-minute match, Ibrahim Amada opened the scoring for Madagascar in the 9th minute from a left footed shot from outside the box. DR Congo replied in the 21st minute with a header by Chinese Super League side Beijing Guoan's player Cedric Bakambu.

After Madagascar retook the lead 2-1 by Faneva Ima Andriatsima's header in the 77th minute, DR Congo's Chancel Mbemba managed to score a last-minute equalizer, taking the match into extra time and finally to a penalty shootout, where Madagascar won 4-2.

Madagascar, who competed the AFCON for the first time in their history, made a remarkable run during the tournament so far, as they beat last World Cup final stage team Nigeria to top Group B. 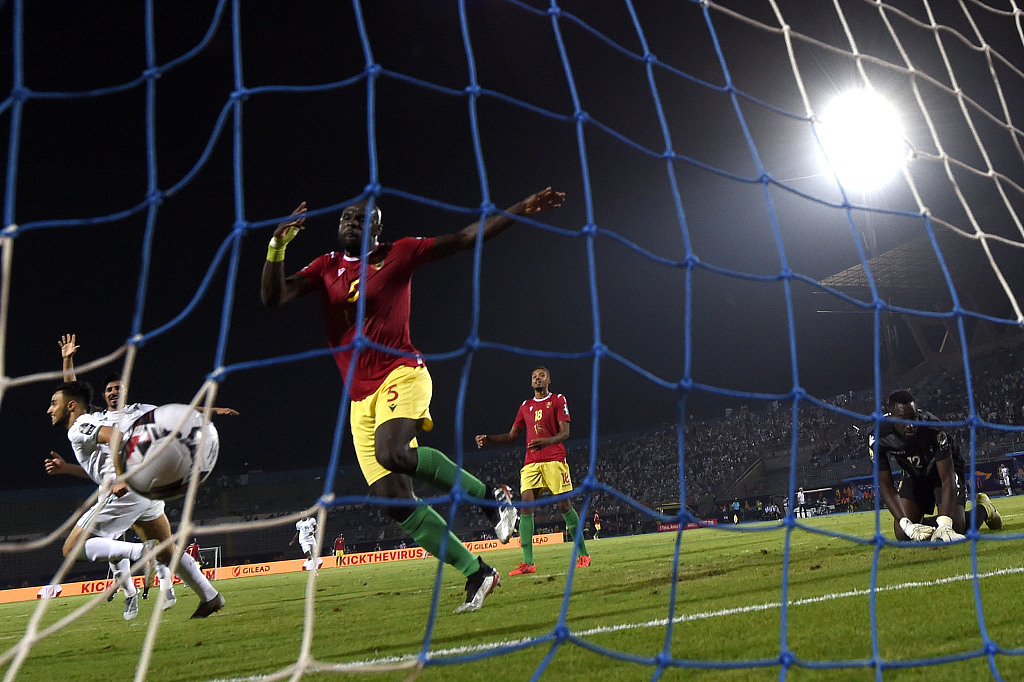 Algeria's forward Adam Ounas (1L) celebrates after scoring a goal during the 2019 Africa Cup of Nations Round of 16 between Algeria and Guinea at the 30 June Stadium in the Egyptian capital Cairo, July 7, 2019. /VCG Photo

Algeria's forward Adam Ounas (1L) celebrates after scoring a goal during the 2019 Africa Cup of Nations Round of 16 between Algeria and Guinea at the 30 June Stadium in the Egyptian capital Cairo, July 7, 2019. /VCG Photo

Algeria also advanced to the quarter-finals after beating Guinea 3-0 on Sunday evening.

Mohamed Youcef Belaili opened the scoring for Algeria in the 24th minute with a right footed shot from a difficult angle.

Manchester City star Riyad Mehrez scored the second in the 57th minute through a left footed shot from the center of the box and Adam Ounas sealed the win by a similar shot in the 82nd minute.

Algeria, who topped their Group C with three wins, had 42 percent of the ball possession.

Guinea entered the knockouts as the third-placed finisher of Group B.

So far, Algeria, Madagascar, Nigeria, South Africa, Senegal and Benin have been in the AFCON 2019 quarter-finals.

The confrontations on Monday between Mali and Cote d'Ivoire and Ghana vs Tunisia will decide the other two quarter-finalists.

Hosted by Egypt, who bid farewell to the tournament after Saturday's 1-0 loss to South Africa, the 32nd AFCON kicked off on June 21 and will close on July 19.

(Cover: Madagascar players line up in the penalty shootout during the AFCON Round of 16 match against DR Congo, Alexandria Stadium, Alexandria, Egypt, July 7, 2019. /VCG Photo)