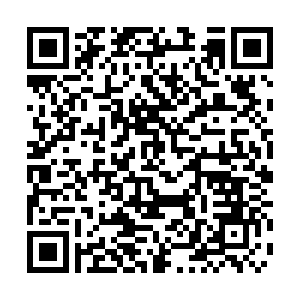 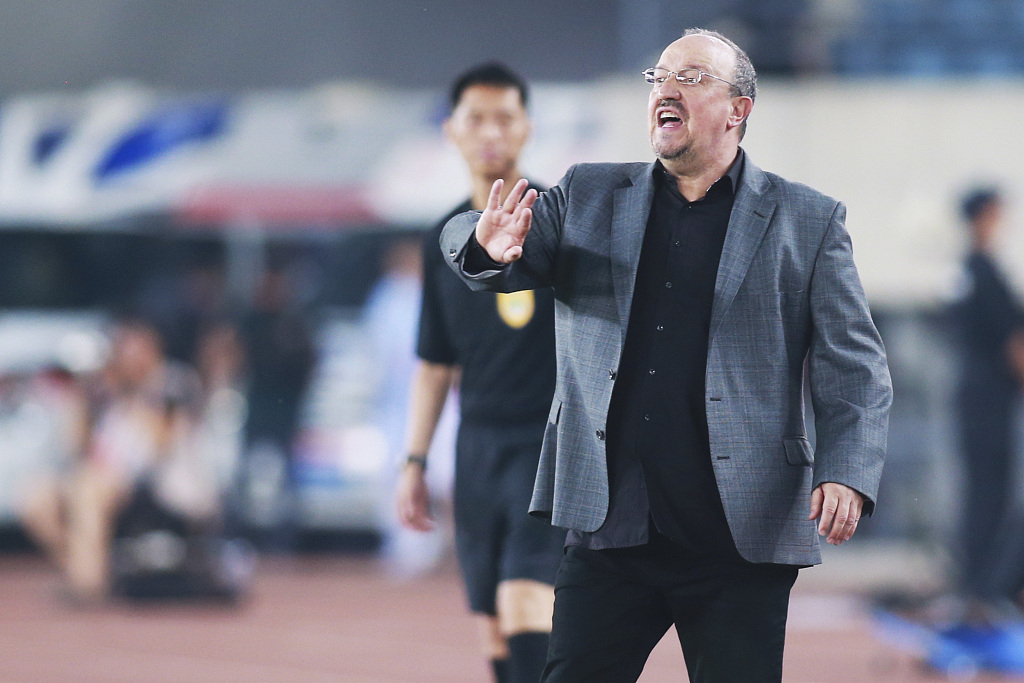 With a 3-1 win over Henan Jianye in the 16th round of Chinese Super League (CSL) on Sunday, Dalian Yifang pocketed a landslide victory on the debut of their newly appointed coach Rafa Benitez.

Both teams stood on the edge of the relegation zone before the match. Dalian dominated the first half. After a long-range shot from Marek Hamsik saved by Henan's goalkeeper Wu Gong, the home team's chance came in the 20th minute when Emmanuel Boateng followed up after Yannick Carrasco's mishit. 19 minutes later Carrasco got his own moment on a penalty kick created by Wang Jinxian.

Henan saw glimmers of hope on 43 minutes when Franck Ohandza collided with Hamsik in the home penalty area, but the referee upheld his original decision, which called against Henan, after checking the VAR.

Dalian continued to build their advantage with another goal from Boateng in the 54th minute, and Henan pulled one back with a header from Olivio da Rosa, also known as Ivo, but it was too late to rewrite the result of the match. 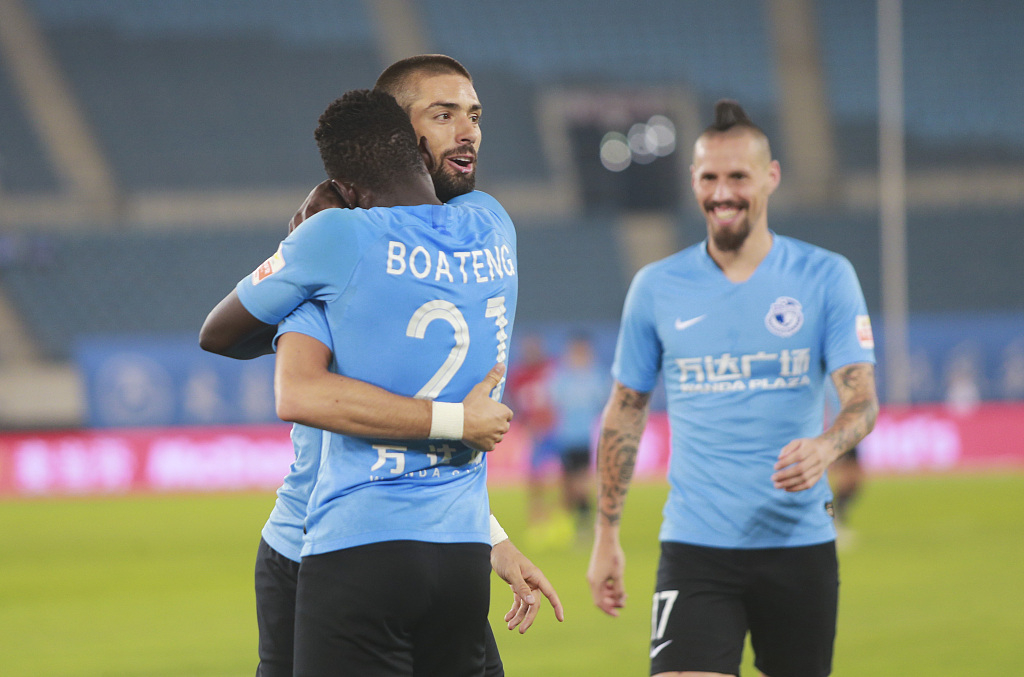 "Thanks to everyone for giving me so much support from the first day since I came," said Benitez.

"It's unrealistic to make changes in a short period of time. My job is to slowly instill ideas into the players and I hope that over the next period the organisation of the team will be more rigorous and the communication will be smoother."

The win allowed Dalian to open up a three-point gap over Henan and also means they are now nine points clear of the two relegation places, which are occupied by Beijing Renhe and bottom side Tianjin Tianhai.

The match in the relegation zone ended with a 1-1 draw between Hebei China Fortune and Shenzhen. The first goal didn't come until the 60th minute when Dong Xuesheng flipped the ball into the net. It was John Mary who saved the away team in the last minutes. The Cameroonian's powerful shot found the net on 95 minutes in the penalty area.