Is UK-U.S. "special" relations in danger after the British ambassador's leak?
William Jones 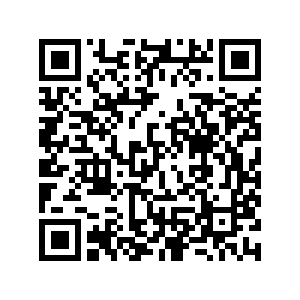 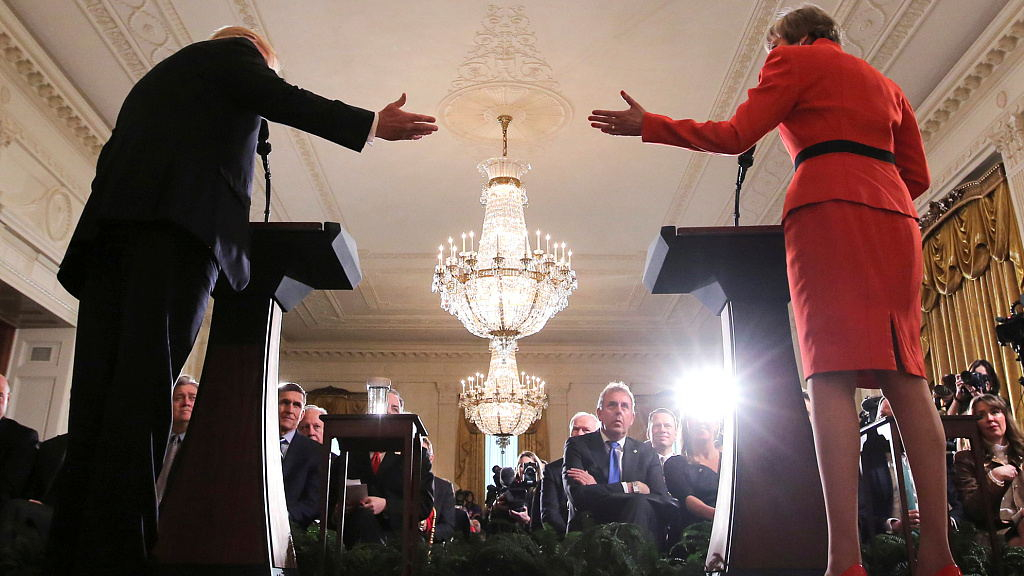 Editor's note: William Jones is the Washington Bureau Chief for Executive Intelligence Review and a non-resident fellow of Chongyang Institute for Financial Studies, Renmin University of China. The article reflects the author's opinion, and not necessarily the views of CGTN.

The publication of excerpts of secret cables containing vicious attacks against President Trump from British Ambassador to the United States Sir Kim Darroch to the British Foreign Office has really thrown a monkey wrench into the much-touted Anglo-American "special relationship."

In the cables, which were leaked to the British "Mail On Sunday" newspaper, Darroch said the White House was "uniquely dysfunctional" and that the president's career could "end in disgrace." He also said the president's life had been "mired in scandal" and called President Trump "inept" and "incompetent."

Darroch also described President Trump's calling off an air-strike on Iran because of expected casualties as a move that was solely motivated by mundane political considerations. 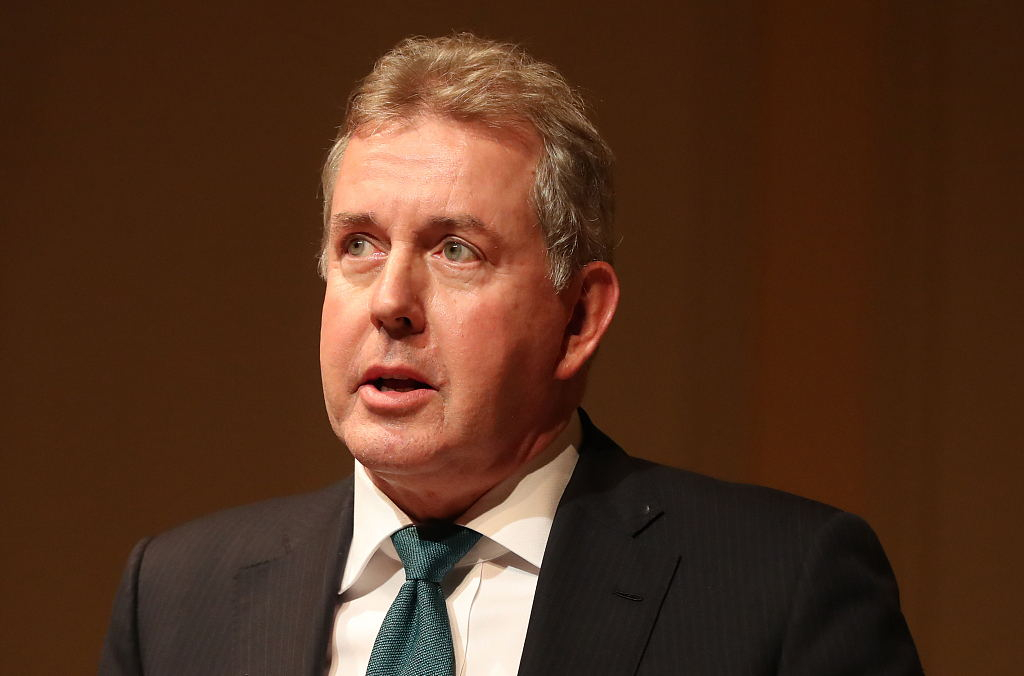 President Trump was not slow in responding to this vicious attack, tweeting "We will no longer deal with him."

This is not the first time that President Trump has had it with the "bloody British." The origins of "Russiagate" also had a clear British origin, with the "leaks" of former MI6 operative Christopher Steele laying the basis for the propaganda "blitz" that had been conducted on that matter in the U.S. media.

Attorney General William Barr is now investigating the origins of that whole operation, including the role of Steele in his collaboration with elements of the Democratic National Committee and the FBI.

This could unroll a number of covert operations that the British would prefer kept out of the limelight. Darroch also personally played into the "Russiagate" operation with his comments to the foreign office that the Trump administration was indebted to "dodgy Russians."

There is no doubt that Darroch's days in Washington are numbered, but he will no doubt retain a major position in Whitehall for his "loyal and distinguished service" to Her Majesty's Government.

What has been exposed here is not simply a foible by some "rogue diplomat" but reflects the old attitude of the "British Empire" school. For no matter how much they will laud their "special relationship" with the United States, the Brits tend to regard "Yanks" as something of a junior player in a relationship that has often been viewed by them as "British brains and Yankee brawn."

For all the finesse and affability shown in British diplomacy, the old overbearing haughtiness of the "British Empire" often breaks through, lurking silently under the surface of ole'John Bull. 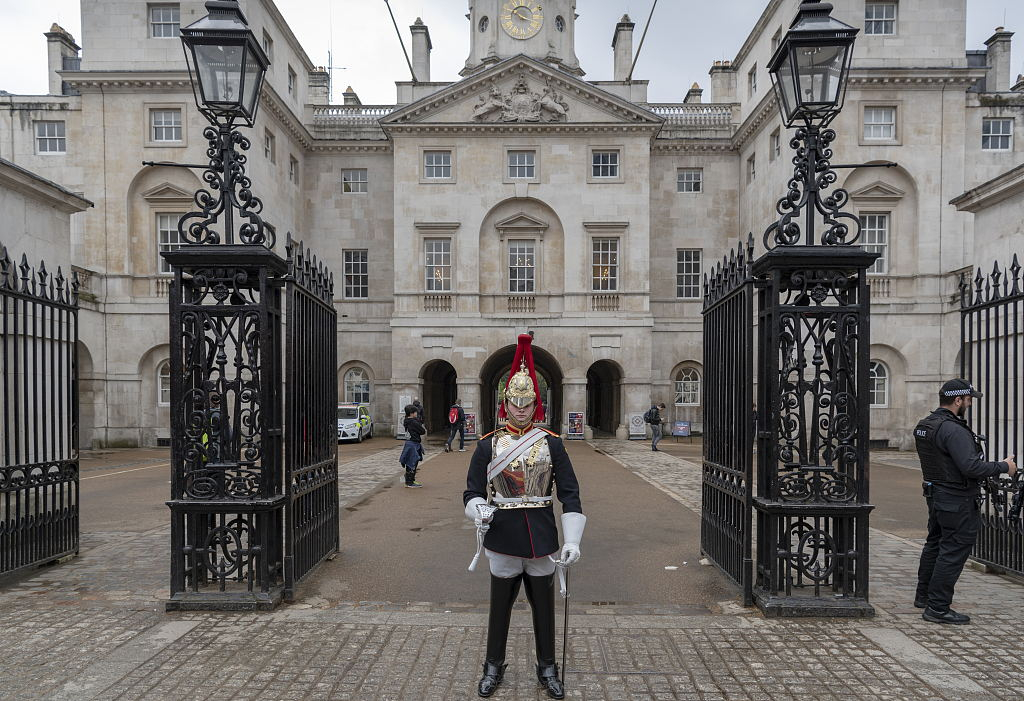 Their disdain for President Trump has less to do with his personality and more with his politics. He has shown that he wants to work with other major powers, such as China and Russia, among others, and not to defer to any traditional "special relationship" with our "English cousins" across the pond.

Great Britain maintains a major political influence in the world largely through its "special relationship" with the United States. And if this "relationship" is no more important than the U.S. relationship with China or Russia, or Germany or France for that matter, this is something the British have a hard time swallowing. The relationship has certainly been cast into doubt by President Trump.

This same British haughtiness was also manifest in a different form recently in the comments by British Foreign Minister Jeremy Hurd over the demonstrations in Hong Kong.

While the British conceded in "handing over" Hong Kong, which they occupied as a result of the Opium Wars, they continue to treat it as their "sphere of influence" culturally, if not politically, and have not been averse to using it as a cudgel against the People's Republic of China on every available occasion.

The various comments by China's Foreign Ministry, reminding the British that those "rights" they consider in jeopardy, were never allocated to Hong Kong citizens during the time the British were in charge attest to it.

Downing Street is bending over backward to try to salvage the "special relationship," with a statement by a Downing Street spokesman reiterating that Great Britain has "a special and enduring relationship with the U.S. based on our long history and commitment to shared values and that will continue to be the case."

But it is doubtful that a person who has basically been declared persona non grata by the U.S. president can continue to his job in Washington.

While President Trump continues to say he will work with the British under "new management," it is clear that the days of Britain pulling the "Yankee brawn" into new foreign adventures are pretty much at an end. The best that they can hope for is a good working relationship with a president, who has equally important, if not more important, relations with other countries other than our "English cousins."