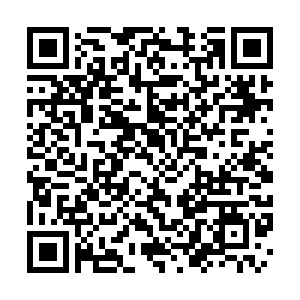 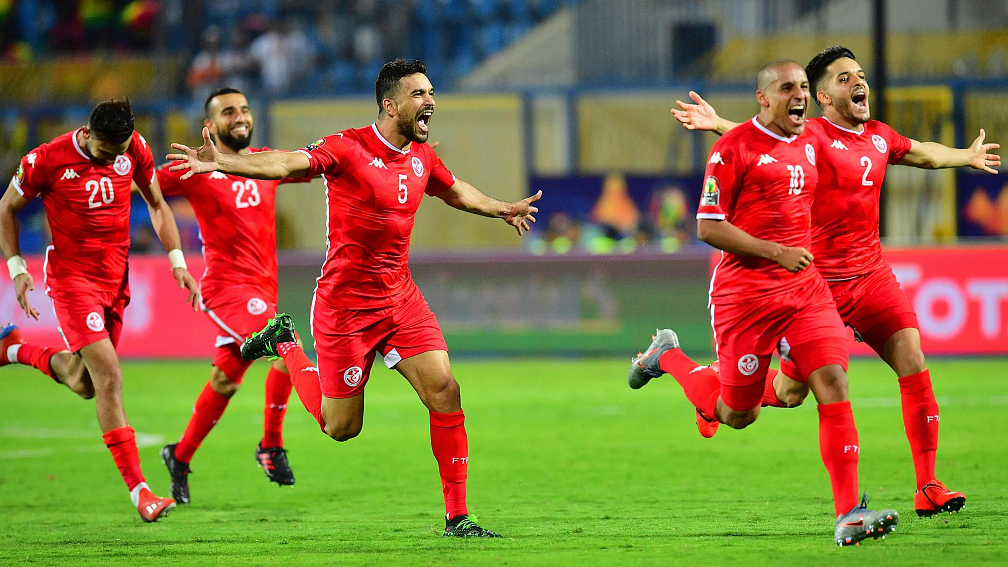 After a 1-1 draw following extra time in Ismailia, Tunisia scored from all five penalties while Ghana substitute Caleb Ekusan had his attempt saved by Farouk Ben Mustapha, who came off the bench especially for the shootout.

Victory was sweet for Tunisia as they had lost six times to four-time former champions Ghana in the African football showcase from 1965 after drawing the first meeting between the nations two years earlier.

On Thursday, the Carthage Eagles play giantkillers Madagascar in a quarter-final in Cairo with the winners meeting Senegal or Benin for a place in the July 19 final.

Losing on penalties ended a Ghana run of six consecutive top-four finishes in the Cup of Nations and puts the future of coach Kwesi Appiah in doubt. 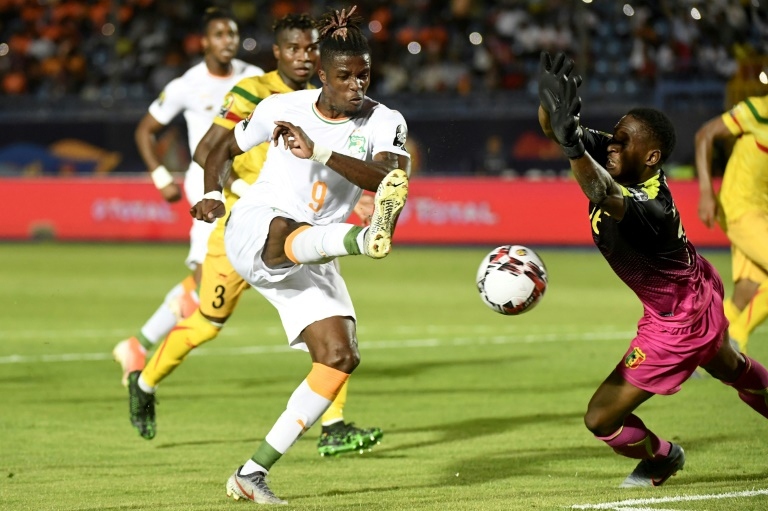 Wilfried Zaha scores for the second game in a row to send Cote d'Ivoire into the quarter-finals at the Suez Stadium, July 8, 2019. /VCG Photo

Wilfried Zaha scores for the second game in a row to send Cote d'Ivoire into the quarter-finals at the Suez Stadium, July 8, 2019. /VCG Photo

Elsewhere, Wilfried Zaha grabbed the only goal to settle a disappointing last-16 clash as Cote d'Ivoire beat Mali 1-0 in Suez.

Crystal Palace winger Zaha ensured the Ivorians remained unbeaten against Mali at the tournament as he squeezed home on 76 minutes to book a quarter-final showdown with Algeria.

However, the 2015 champions will need to perform much better if they aspire to a second title in four years as Cote d'Ivoire's talented attack of Zaha, Nicolas Pepe and Jonathan Kodjia largely failed to fire.

The in-demand Pepe returned for the Elephants after sitting out the 4-1 win over Namibia along with Kodjia, while Mali recalled a host of regulars having rested key players after qualifying from their group with a game to spare.

Mali advanced as joint top scorers in the group stage with six goals alongside Algeria and had the Ivorians in trouble early here, although Lassana Coulibaly lost his footing after Moussa Marega attempted to square.

Sylvain Gbohouo had a lucky escape when he flapped at a corner with Abdoulay Diaby stabbing over before the Cote d'Ivoire goalkeeper tipped behind his curling free-kick.

Mali were seeking a first victory over their fellow west Africans at the Cup of Nations after three losses and a draw, but Southampton recruit Moussa Djenepo stumbled as he bore in on goal at start of the second half.

Kodjia was denied at the other end as Djigui Diarra turned the Aston Villa forward's shot wide with his legs and an ineffective Pepe was withdrawn on 68 minutes.

Zaha made the breakthrough with a quarter of an hour remaining when Gbohouo's hopeful ball upfield skipped all the way through to the Arsenal target who snuck the ball past Diarra.

Adama Traore created a late chance as Mali sought to send the game to extra time but his stinging drive was kept out by Gbohouo.