Upcoming regulations: Is the heydey of e-cigarettes coming to an end?
Chen Yurong 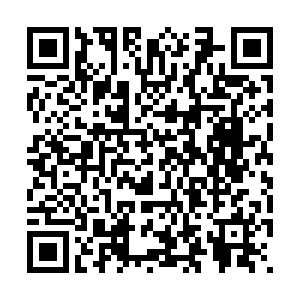 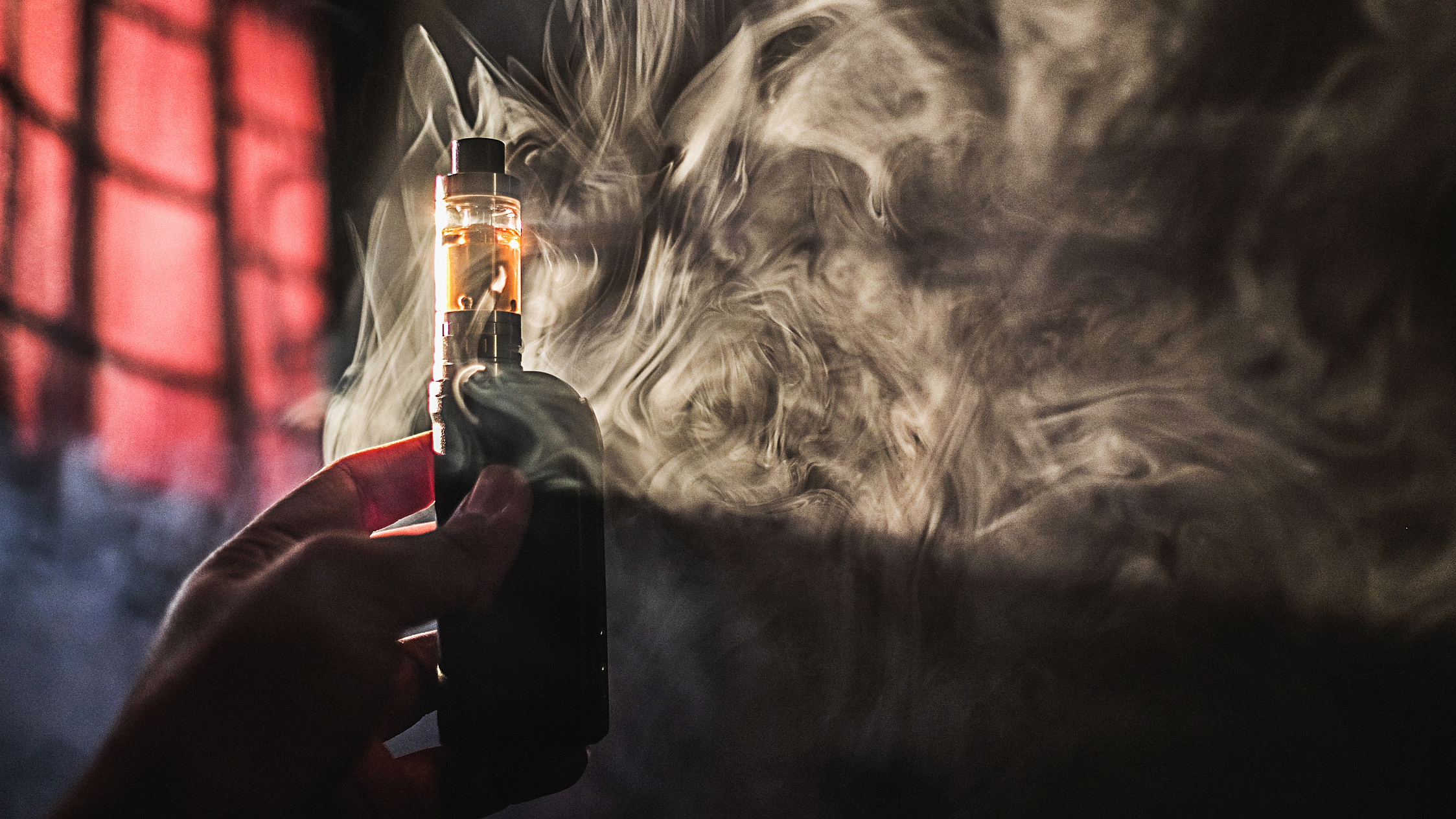 E-cigarettes have existed in a regulatory gray area for years in China, but this situation may come to an end this year.

With the growing popularity of e-cigarettes as alternatives to standard cigarettes, the increase in companies emerging in the sector has made the state department aware of the necessity to standardize regulations.

Raising interest of capital in e-cigarettes

Capital and entrepreneurs doing business relating to e-cigarettes believe that the sector has a huge potential in China.

90 percent of e-cigarettes are produced in China, but only six percent are sold domestically. WHO data shows that there are 1.1 billion smokers globally, and about 350 millions are from China. 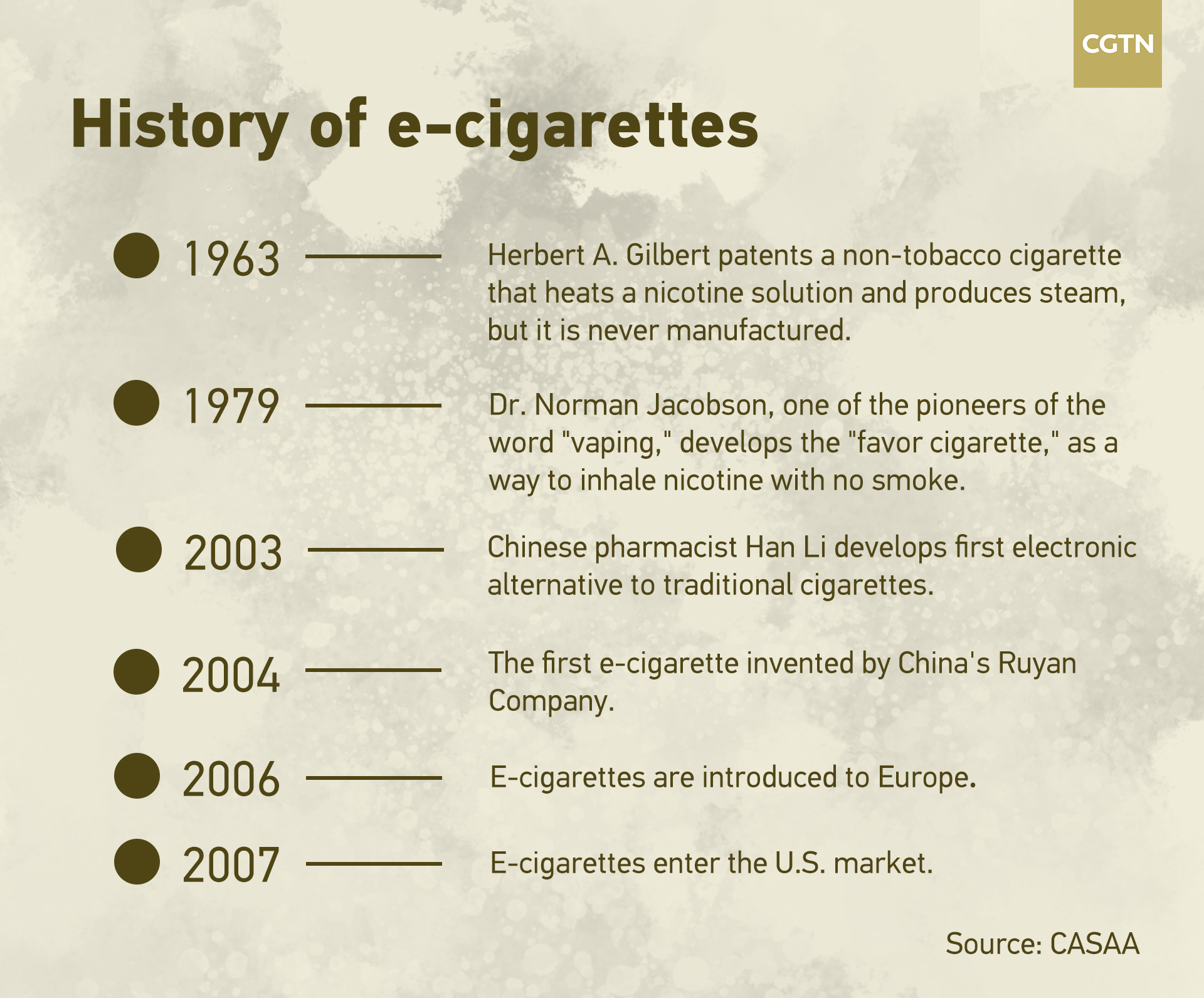 The penetration of e-cigarettes is less than one percent in China, while it is 13 percent in the U.S., according to the Chinese Academy of Industry Economy Research.

The global market scale of e-cigarettes was 12 billion U.S. dollars in 2018 and is expected to reach 48 billion U.S. dollars by 2023, with CAGR 26 percent, according to P&S Research. The market scale of e-cigarettes in China was about 580 million yuan in 2018. If China's penetration raise to ten percent, that would be very attractive to capital market.

Up to June 2018, about 14 start-ups reportedly raised hundreds of millions yuan from Chinese Tier-1 investment firm such as Zhen Fund, IDG Capital and Sourcecode Capital. Pioneers in Chinese tech firms have also entered the sector, including Luo Yonghao, founder of Smartisan.

As early as in October 2017, the National Tobacco Standardization Technical Committee applied to the Standardization Administration to launch the mandatory national standards plan for e-cigarettes. The process would take two years and now it has entered to the "Approval" stage, according to the National Public Service Platform for Standards Information.

Analysts believe that Chinese national standards of e-cigarette manufacturing and regulation are expected to be released this year. 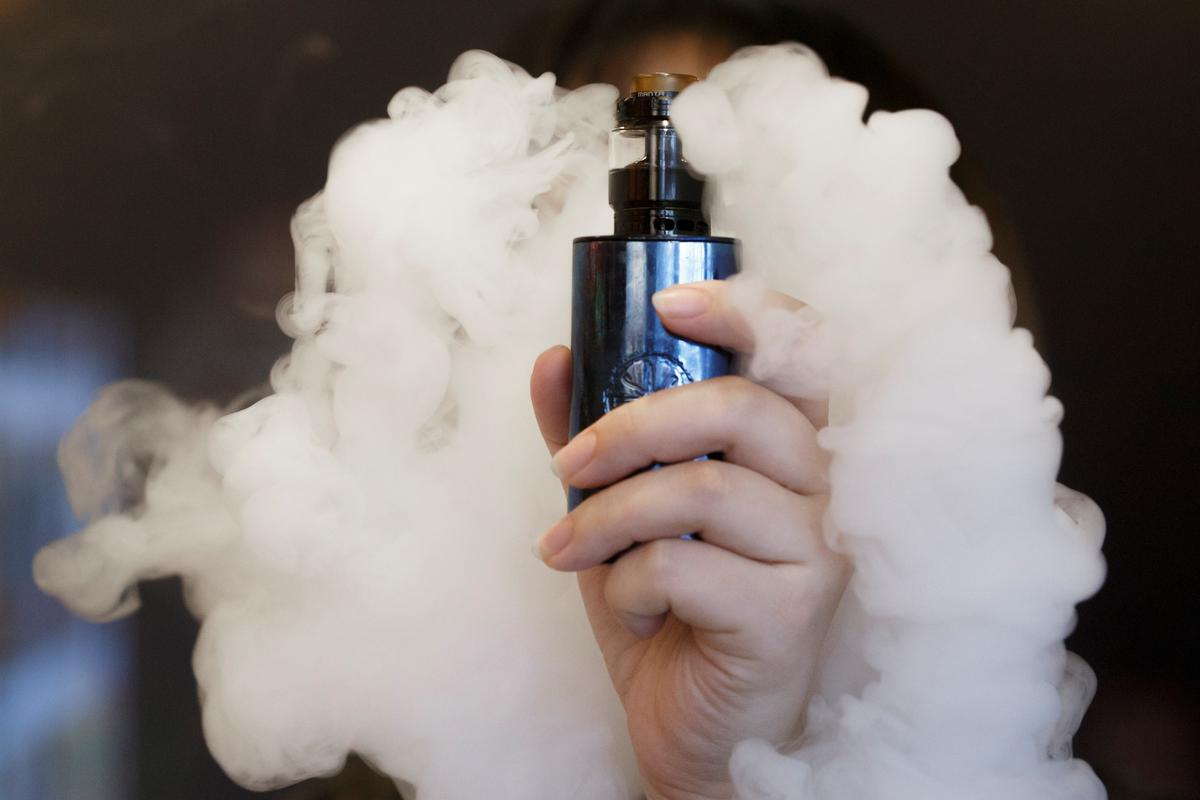 A saleswoman holds an e-cigarette as she demonstrates vaping at the Vape Shop that sells e-cigarette products in Beijing, China January 30, 2019. /Reuters Photo

A saleswoman holds an e-cigarette as she demonstrates vaping at the Vape Shop that sells e-cigarette products in Beijing, China January 30, 2019. /Reuters Photo

An industry reshuffle is expected to accelerate the industry as the small and medium-sized brands that do not meet the standards will die out and leading enterprises with R&D and technological advantages may occupy more market share, China Securities Journal reported.

Before this, there are only local standards regulating e-cigarettes, for example, in Shenzhen, Hangzhou and the Hong Kong and Macao special administrative regions.

The U.S. Food and Drug Administration (FDA) in early June carved out new recommendations for makers of e-cigarettes, including guidelines on how to address public health issues while designing their products.

On June 25, San Francisco became the first major city in the United States to ban the sale of e-cigarettes as officials look to control the rapid uptick in teenage use of nicotine devices made by companies such as Juul Labs Inc. About a week after that, Vermont decided to impose 92 percent tax on e-cigarettes. 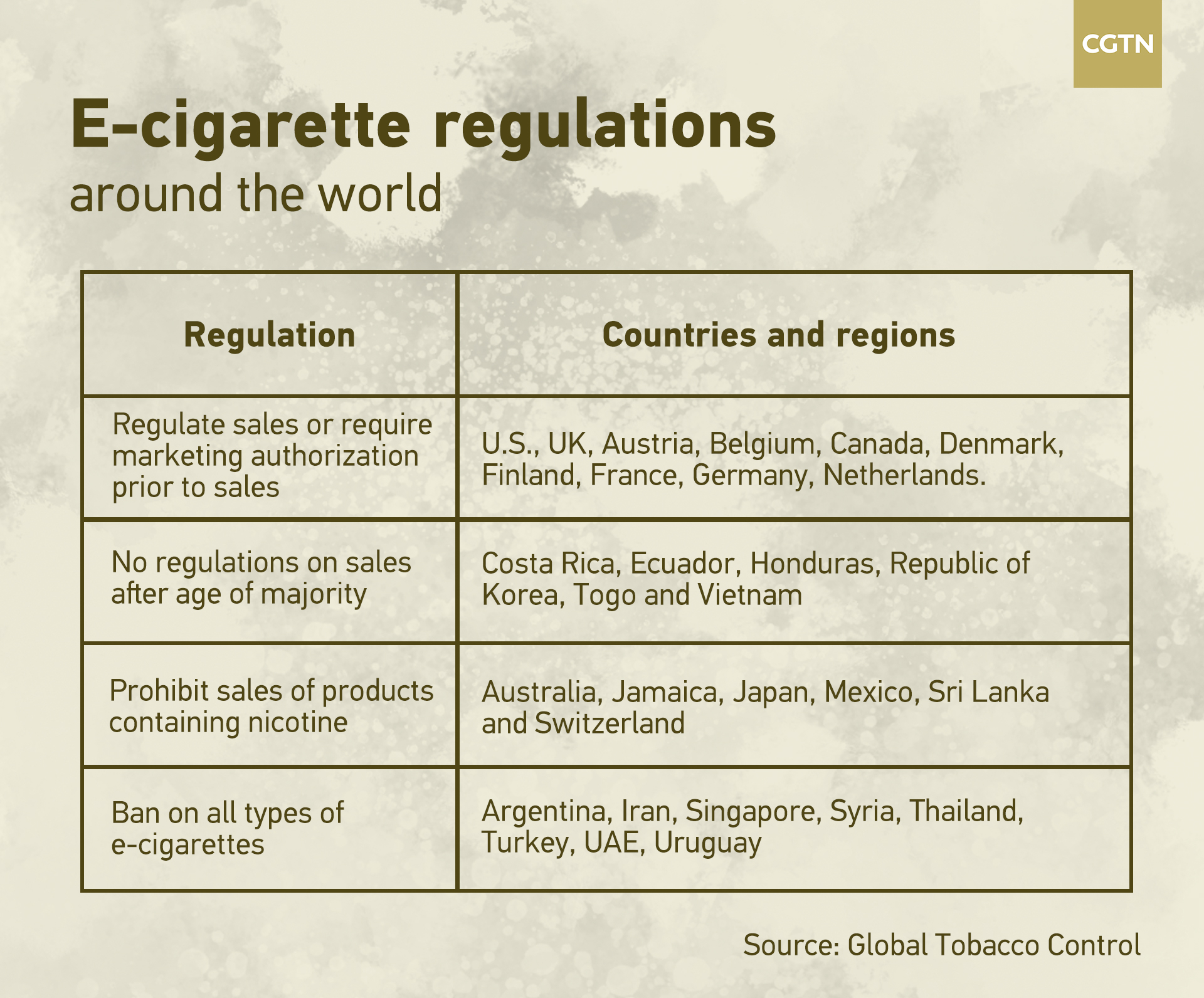 According to Global Tobacco Control, 29 countries ban the sale of all types of e-cigarettes; 45 countries regulate sales or require marketing authorization prior to sales; seven countries prohibit the sale of nicotine-containing e-cigarettes; five countries do not have regulations on sale beyond age of majority purchase rules. 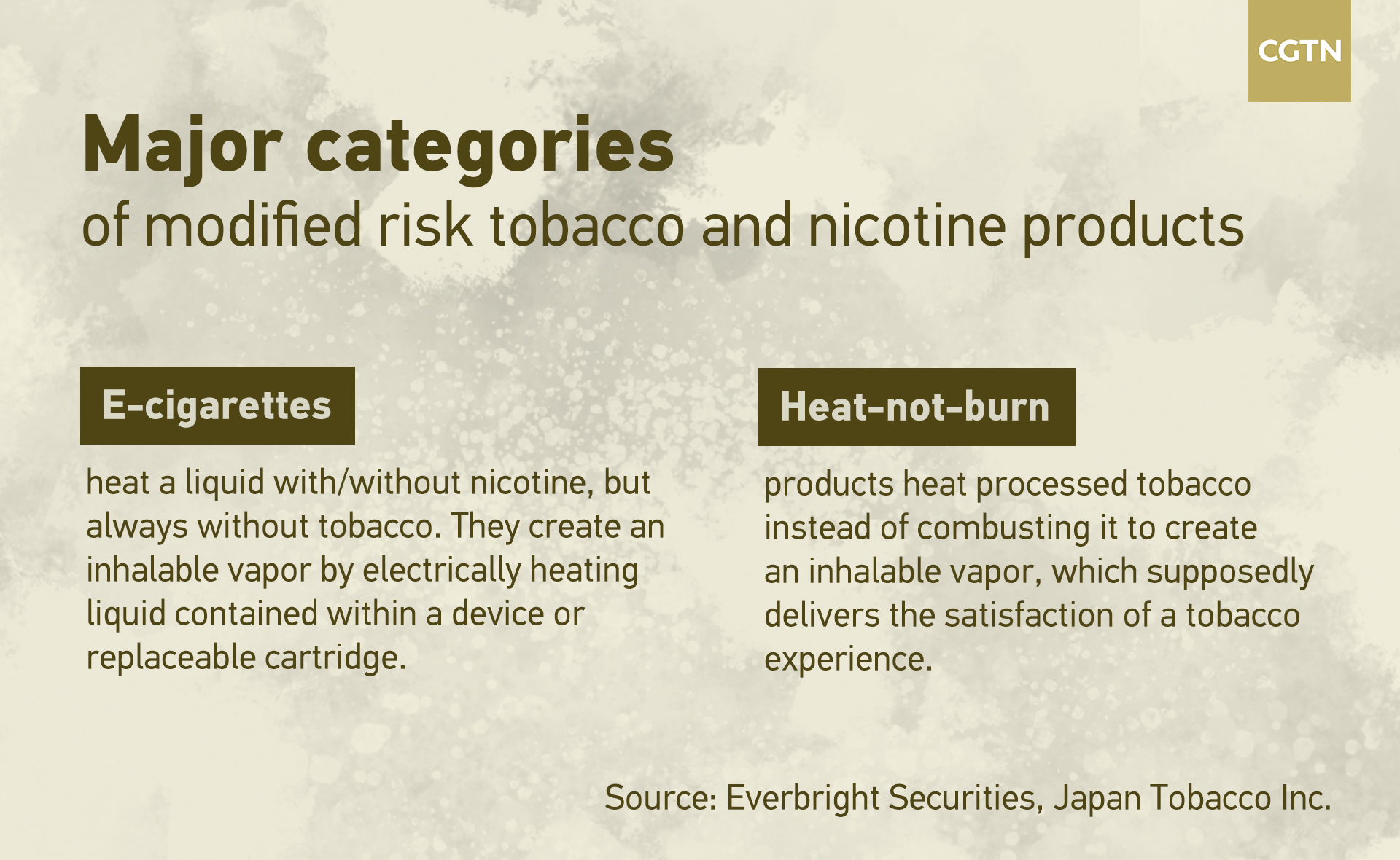 "Heat-not-burn" to be the next hit?

In May last year, it began exporting heat-not-burn (HNB) tobacco products made in China, which look more attractive as the business segment has a large imagination space.

The subsidiary was listed a month ago and its IPO retail tranche was oversubscribed 101.4 times, closed on Monday at 18.32 Hong Kong dollars, up 375 percent from its IPO price 4.88 Hong Kong dollars. 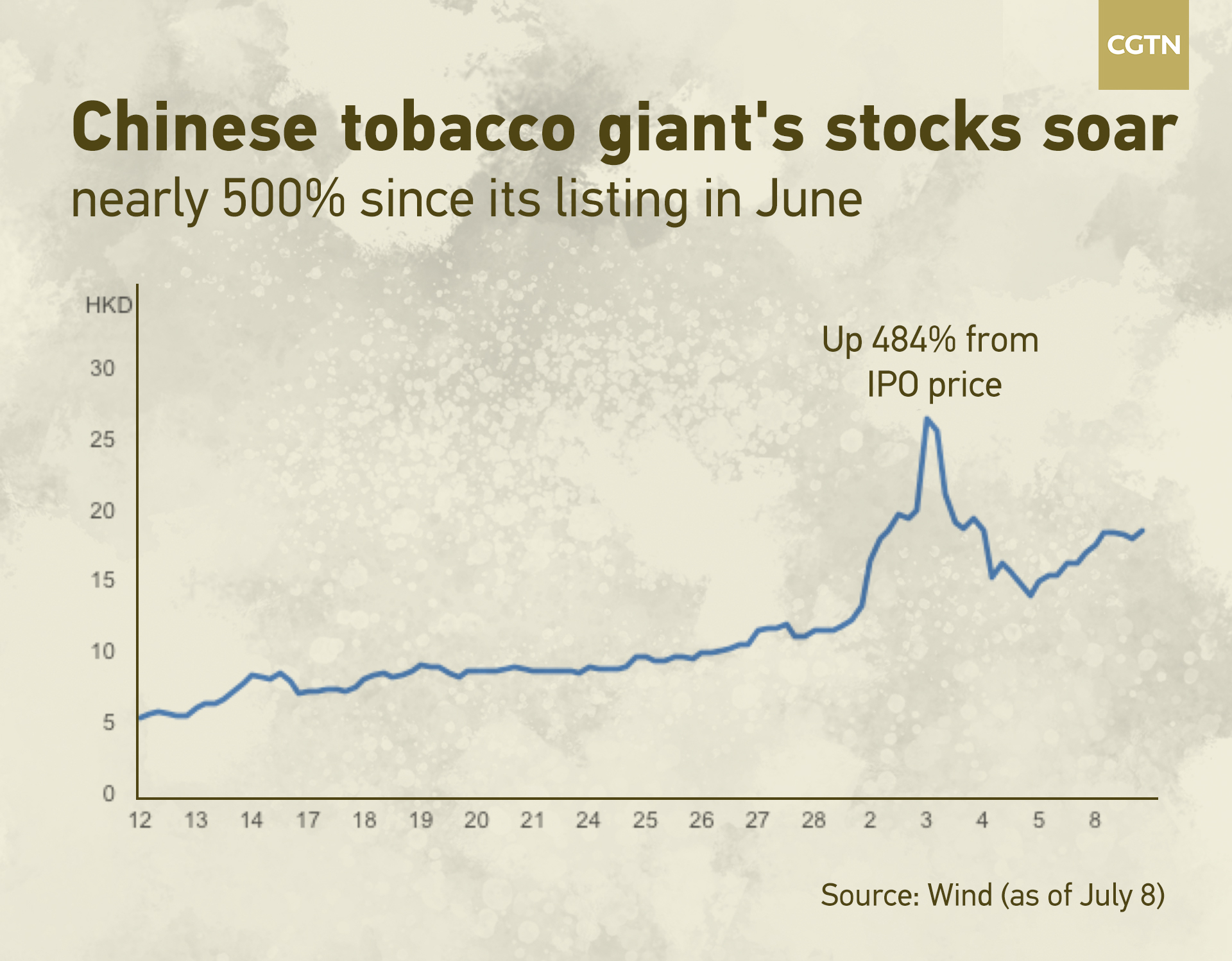 HNB products are not the same as e-cigarettes and as domestic e-cigarettes regulations are becoming stricter, HNB may be the next best thing. Drawing on the overseas HNB regulatory process, the domestic sales policy may be released in two to three years, said an analyst from Guosheng Securities.