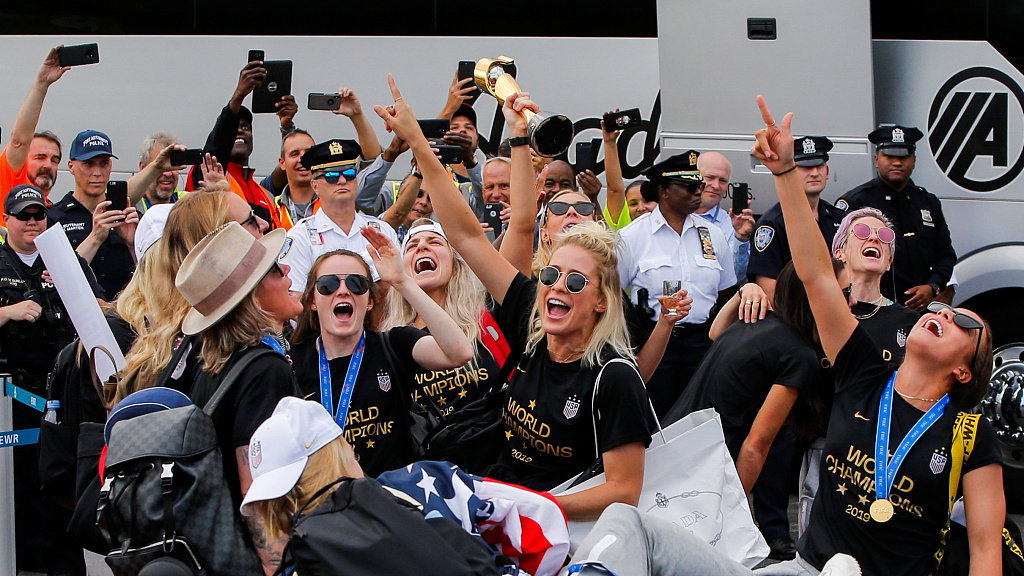 The United States' Women's World Cup-winning team arrived back on American soil Monday, a day after clinching a record fourth title in the football showpiece.

U.S women, who defeated the Netherlands 2-0 in Sunday's final in France to seal back-to-back World Cup victories, touched down at Newark Liberty International Airport on a chartered jet.

Striker Alex Morgan and player of the tournament Megan Rapinoe were among the first to exit the aircraft, where a red carpet had been unfurled to greet the team as they stepped onto the tarmac.

The party mood continued as the players danced and sang Queen anthems "We Are the Champions". 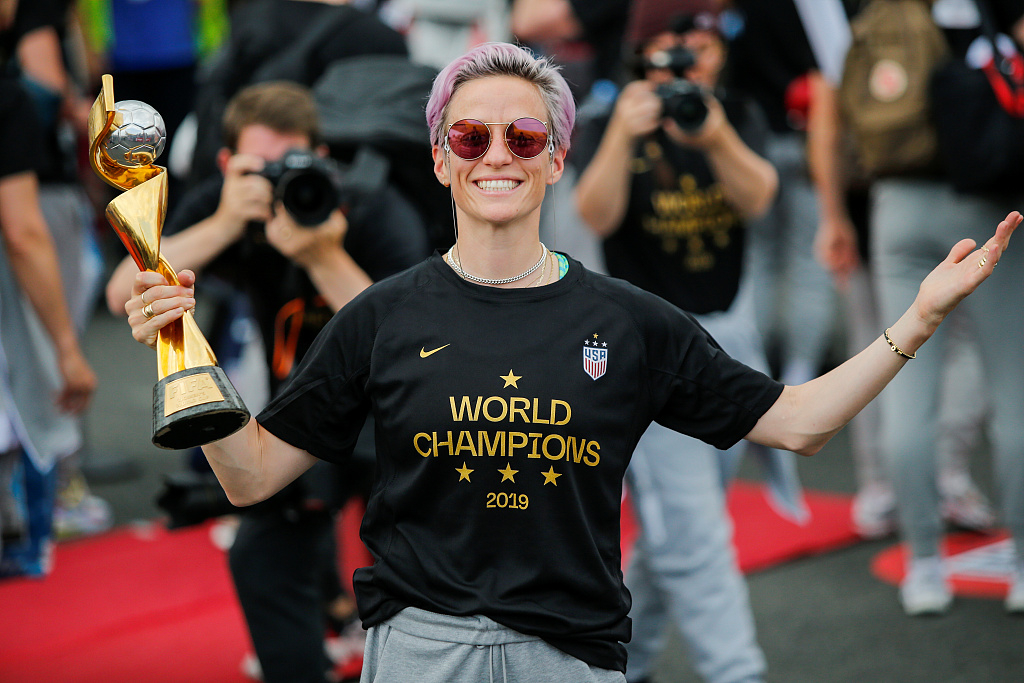 Megan Rapinoe smiles as she holds the trophy for the FIFA Women's World Cup while the team USA arrive at the Newark International Airport, New Jersey, U.S. on July 8, 2019. /VCG Photo

Megan Rapinoe smiles as she holds the trophy for the FIFA Women's World Cup while the team USA arrive at the Newark International Airport, New Jersey, U.S. on July 8, 2019. /VCG Photo

Sunday's match in Lyon, France, was seen by 14.3 million Americans on Fox and its cable sport channels, the broadcaster said. However, the TV audience failed to break records.

The record for the most-watched soccer match in U.S. history is held by the 2015 Women's World Cup final between the United States and Japan, which was played in Canada. That match drew a television audience of 25.4 million Americans, according to Nielsen data.

Sunday's television viewing figures do not include audiences in bars and those who watched on large outdoor screens across the United States.

The television audience reflected surging popularity for soccer in the United States, where interest in the sport has lagged behind American football, baseball and basketball.

In Britain, almost 12 million people tuned in to watch England's 2-1 defeat by the United States last week, making it the most watched television program of the year so far in the country.