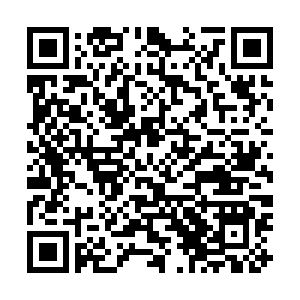 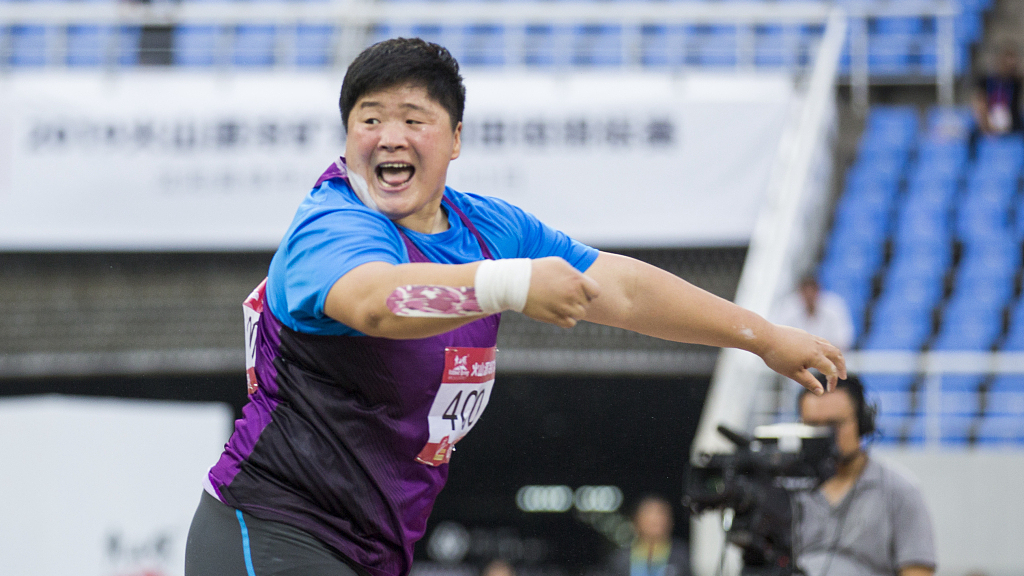 The ongoing National Athletics Championship continued in the city of Shenyang in northeast China's Liaoning Province on Tuesday as Hebei native Gong Lijiao accomplished a sweeping victory in the women's shot-put with a distance of 19.78 meters.

Earlier, Gong had the edge over her rivals in the prominent throwing event as the 30-year-old shot-put veteran was carrying the famed status of being the silver medalist at the 2012 London Summer Olympics.

Keeping up her reputation intact, Gong's first attempt covered a distance of 18.61 meters. In her second attempt, she bettered the mark with a 19.09 meters throw and continued to get better with each of throws. Eventually, her fifth attempt flew a distance of 19.27 meters while her sixth and the final effort saw the iron ball traveling for 19.78 meters. That was more than enough for the experienced athlete to win the coveted gold medal hands down. 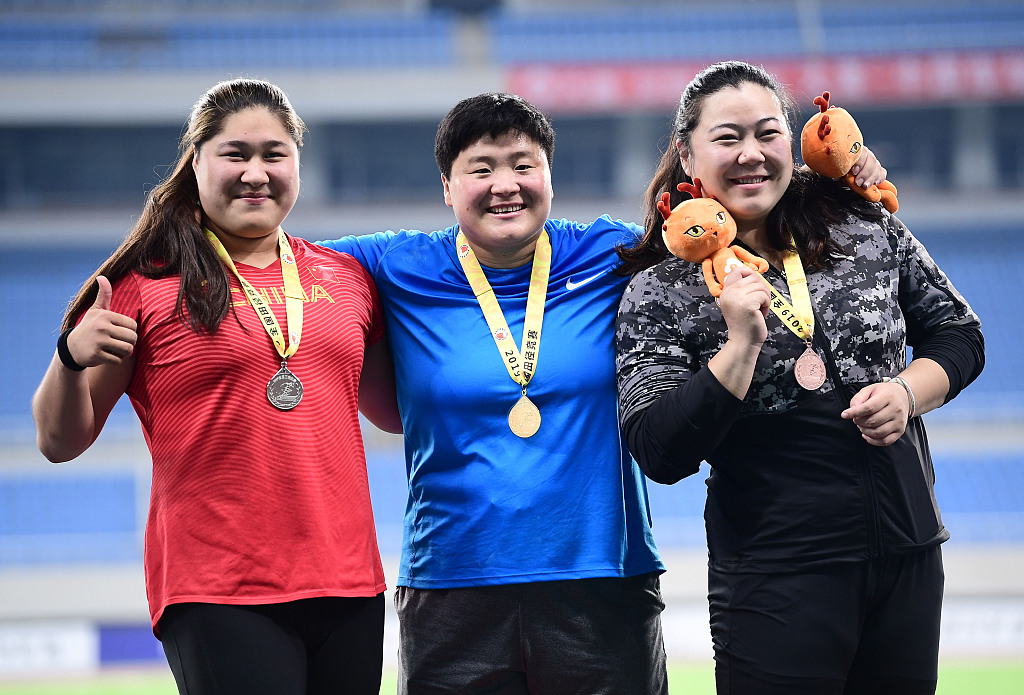 Her compatriot Zhang Linru won the silver medal with 18.05 meters.

Gong said after her victory: "I do not pose very high requirements for myself in my first half-year, and the rhythm for my training is not that intense. I set a 19.5-meter standard for myself as my focus is the World Championships in Doha. The result of 19.78 meters makes me feel more confident for the event. I hope I can defend the title in Doha."

Meanwhile, 20 athletes competed in the men's high jump as Wang Yu, who represented Beijing, had the last laugh, bagging the gold medal.

Wang had made a personal season best of 2.31 meters at the World Challenge of the Nanjing stop and the outstanding mark helped him to meet the requirements for the upcoming World Championships. However, Wang's attempts to equal or better that mark last night turned futile as he grabbed the gold in the men's high jump with 2.28 meters. Sun Zhao from Shandong failed for the challenge and finally took home silver with 2.24 meters.