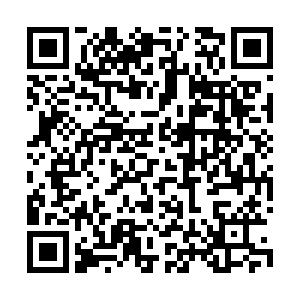 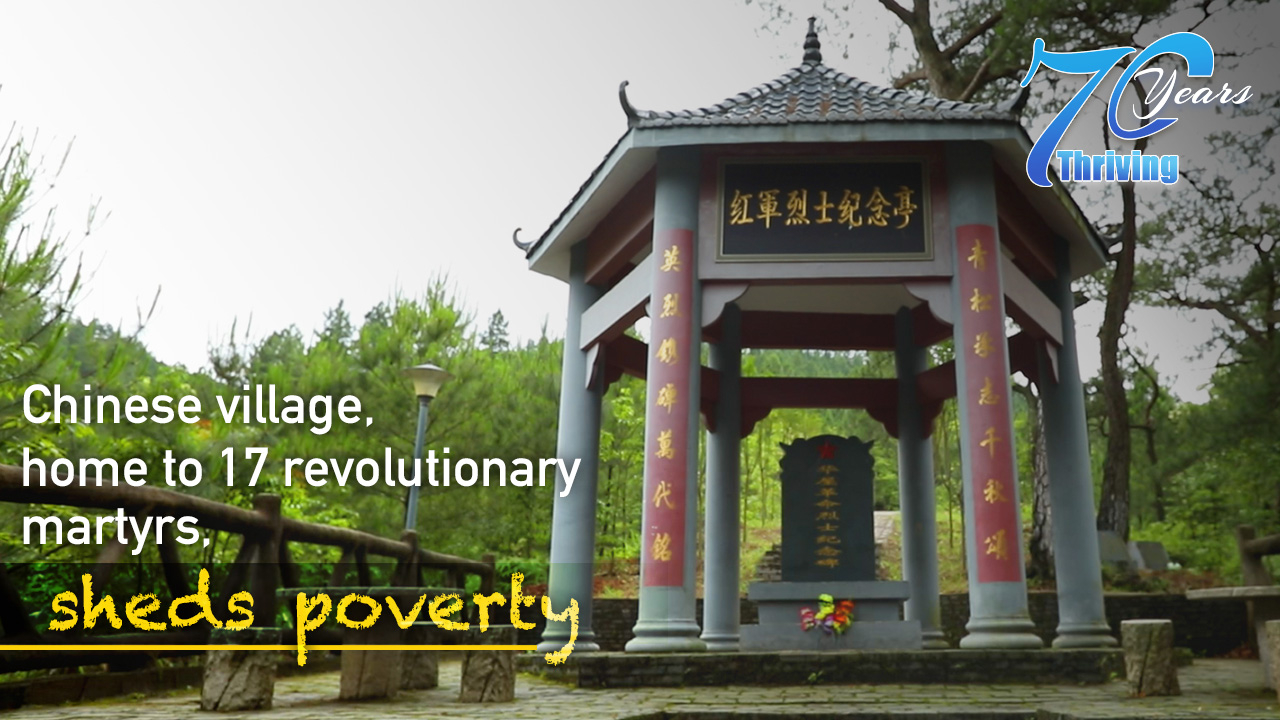 Huawu, known as "the village of the Red Army," and located in Huangsha Village, Ruijin City, east China's Jiangxi Province, it's the home of 17 revolutionary martyrs, who lost their lives during the Long March in 1934.

On the Toad Mountain behind the village, there are 17 green pines the martyrs planted before they left. The pines are still here, but the sons never came back. Villagers have built a monument and pines symbolize their loved ones. 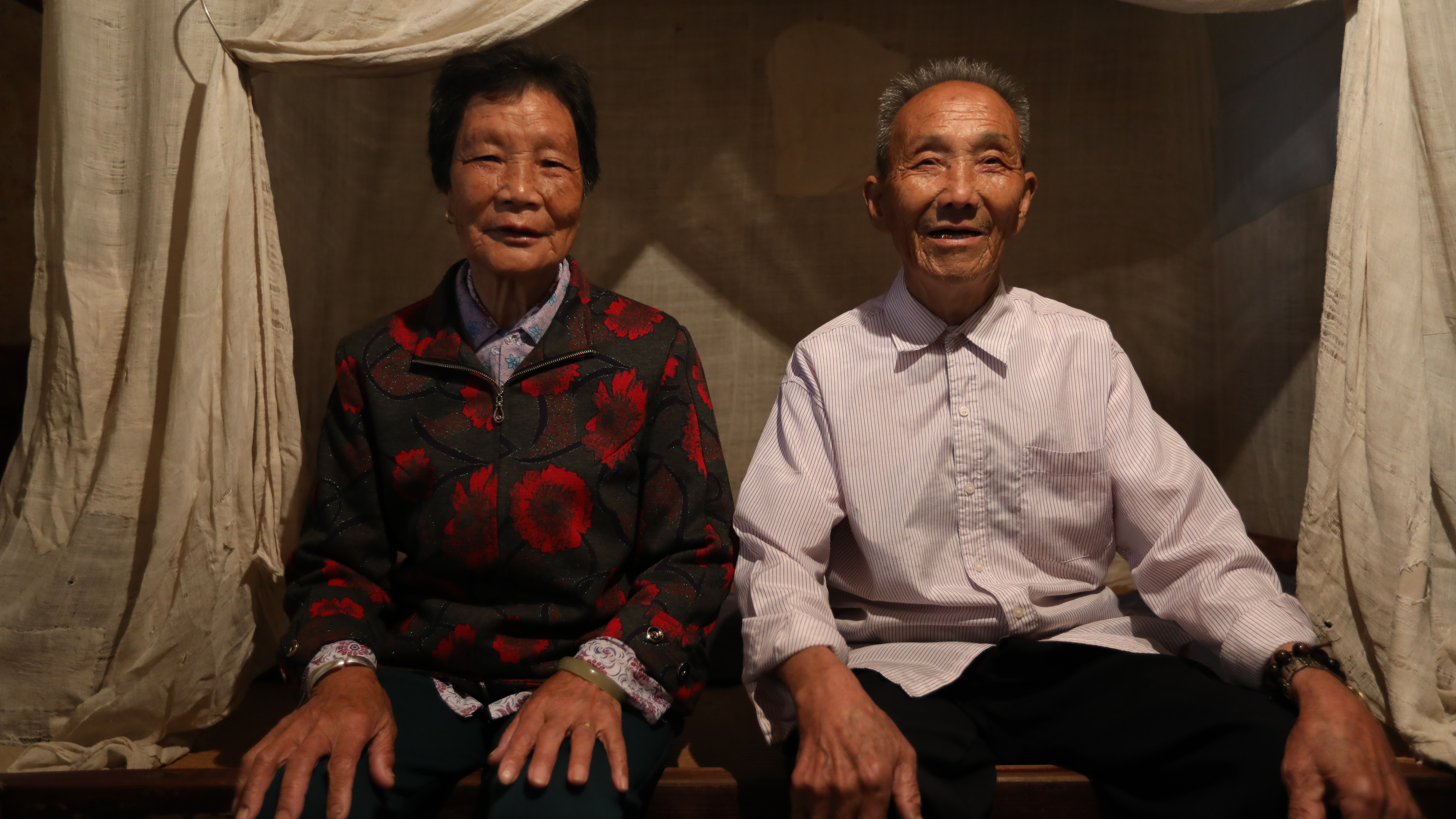 Hua Chongqi (R) and his wife at the old adobe house. /CGTN

Hua Chongqi (R) and his wife at the old adobe house. /CGTN

Hua Chongqi is the posthumous child of Hua Qincai, one of the 17 revolutionary martyrs. More than a month after his father joined the Long March, Hua was born. His uncle Hua Qinliang also sacrificed himself in the Long March.

The 85-year-old man worships his father and uncle every Qingming Festival, talking to them in front of the pines. "Rest assured, father. Our lives are getting better every day since the reconstruction of the adobe homes," said Hua. 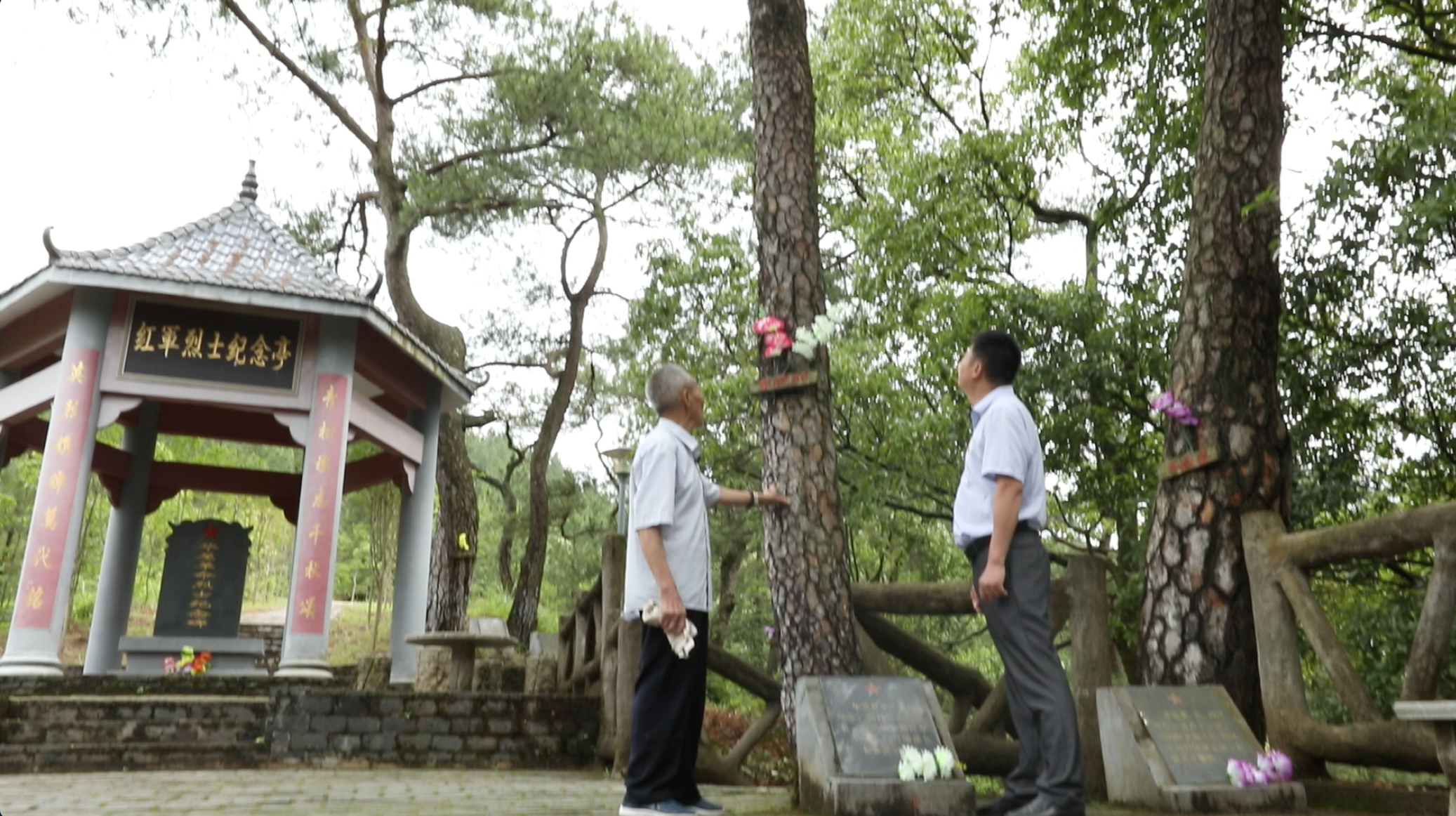 Huawu used to be a very poor and underdeveloped village due to the scarcity of resources and shortage of manpower. On June 28, 2012, "Several Opinions of the State Council on Supporting Gannan Former Central Soviet Areas' Revitalization and Development" document was released and the village went through a fundamental change. 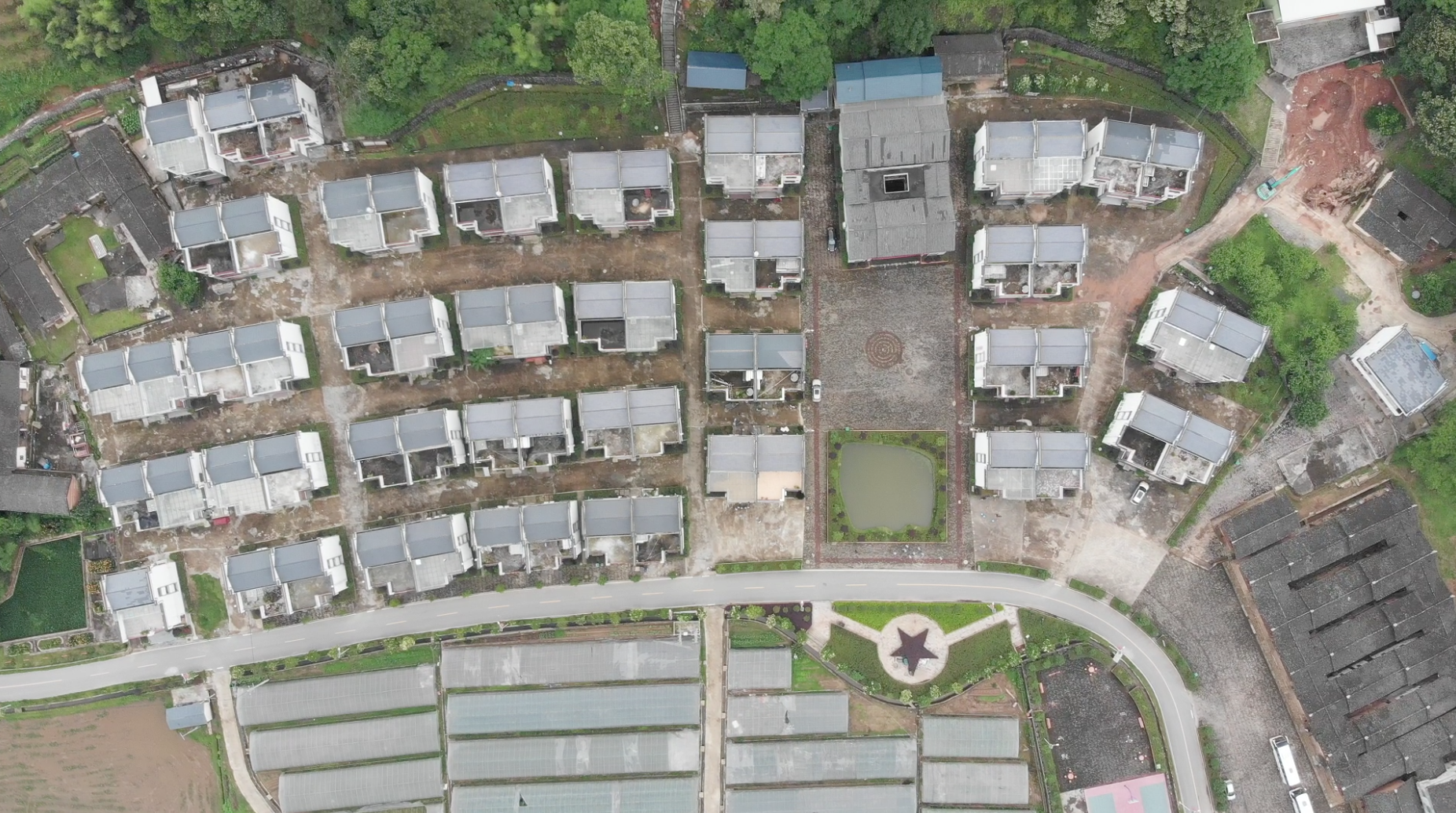 Local officials have applied for over one million yuan from the country to build many poverty relief projects, including a vegetable greenhouses base and eastern honey bee (apis cerana) professional breeding cooperatives. The funds were also used to develop "red tourism," and to solve water, roads and electricity problems in the village. 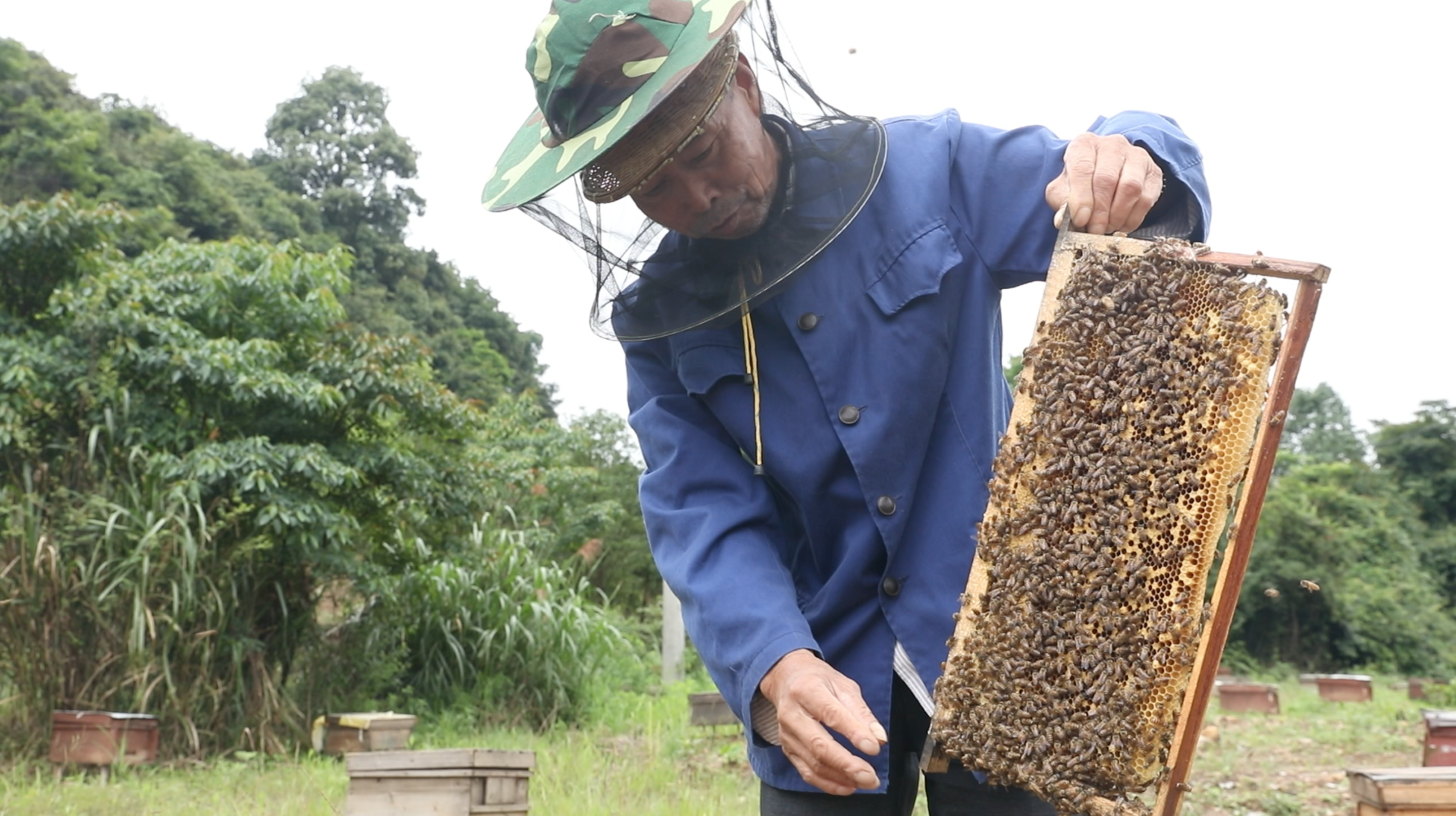 Supported by local officials, poor villagers also planted tea-oil trees, oranges and moso bamboo on the hills. 52-year-old Hua Liuqing is a farmer. Since 2014, he and his wife, Zhong Ruihua, are using in greenhouse, built by the local authorities. "It's only the fourth month in the lunar calendar and we have already earned over 100,000 yuan this year (15,000 U.S. dollars)," Hua said. "My wish is that my wife stays healthy, he added." Although farming is hard, Zhong Ruihua said she's happy with her husband and the work pays well.

The average disposable income of Huawu villagers increased from 2,200 yuan (320 U.S. dollars) to 11,000 yuan (1,600 U.S. dollars). Apart from industrial poverty alleviation, there is also have a policy to change the adobe houses, renovating the residential environment. After a year and a half's construction, all the villagers moved into the new houses during Chinese New Year 2015. 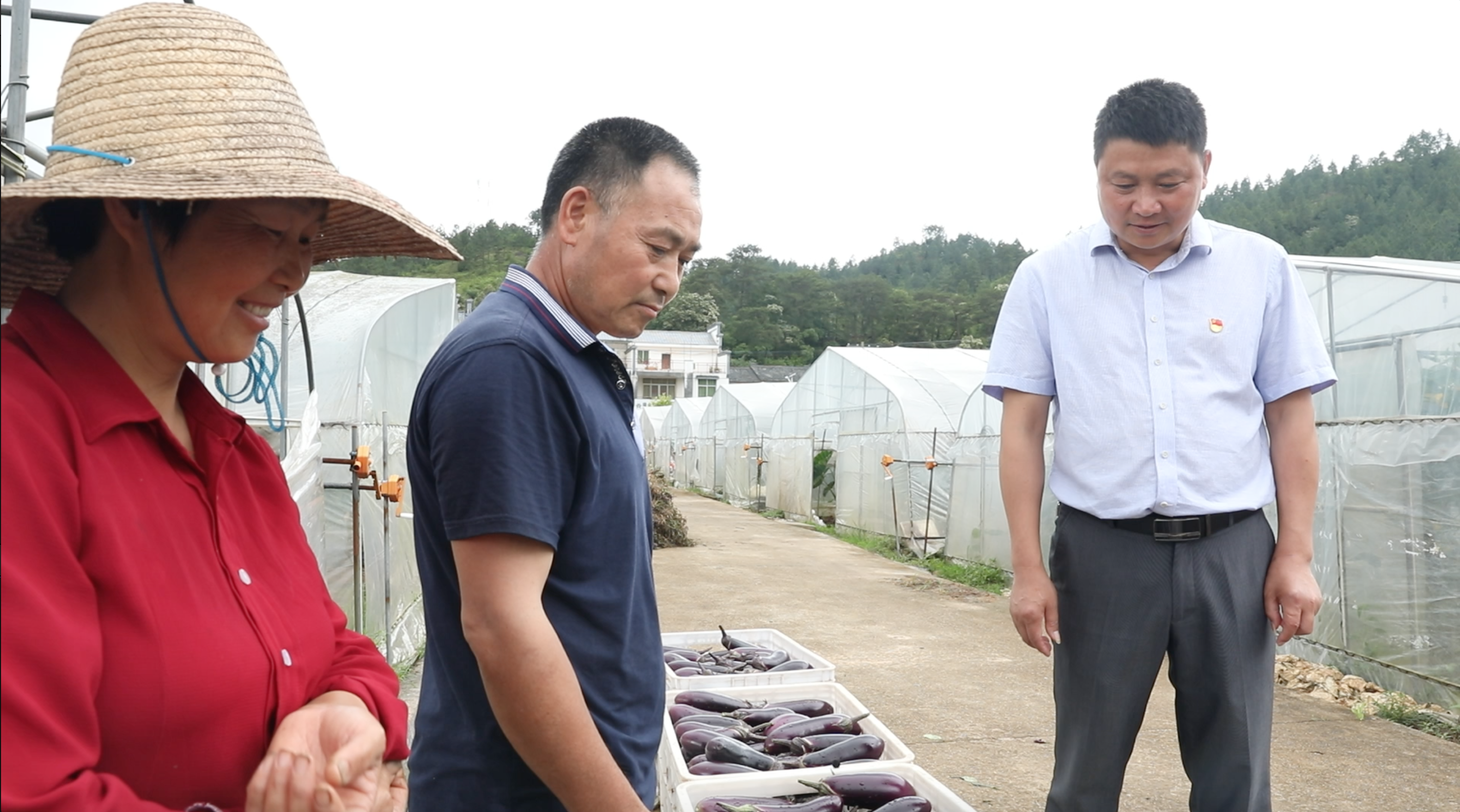 Zhong Ruihua (L) and her husband Hua Liuqing (C) at the vegetable greenhouses base. /CGTN Photo

Zhong Ruihua (L) and her husband Hua Liuqing (C) at the vegetable greenhouses base. /CGTN Photo

Behind the grass-roots work

Huang Risheng, 45, the Party secretary of Huangsha Village, has witnessed great changes in this old revolutionary base. Huang said "the change in Huawu is a microcosm of the change in Gannan Former Central Soviet Area, southern Jiangxi Province."

There are 545 households in Huangsha Village. Every year Huang and other village officials visit each household one after another. They're quite familiar with every household situation, especially the poor ones. 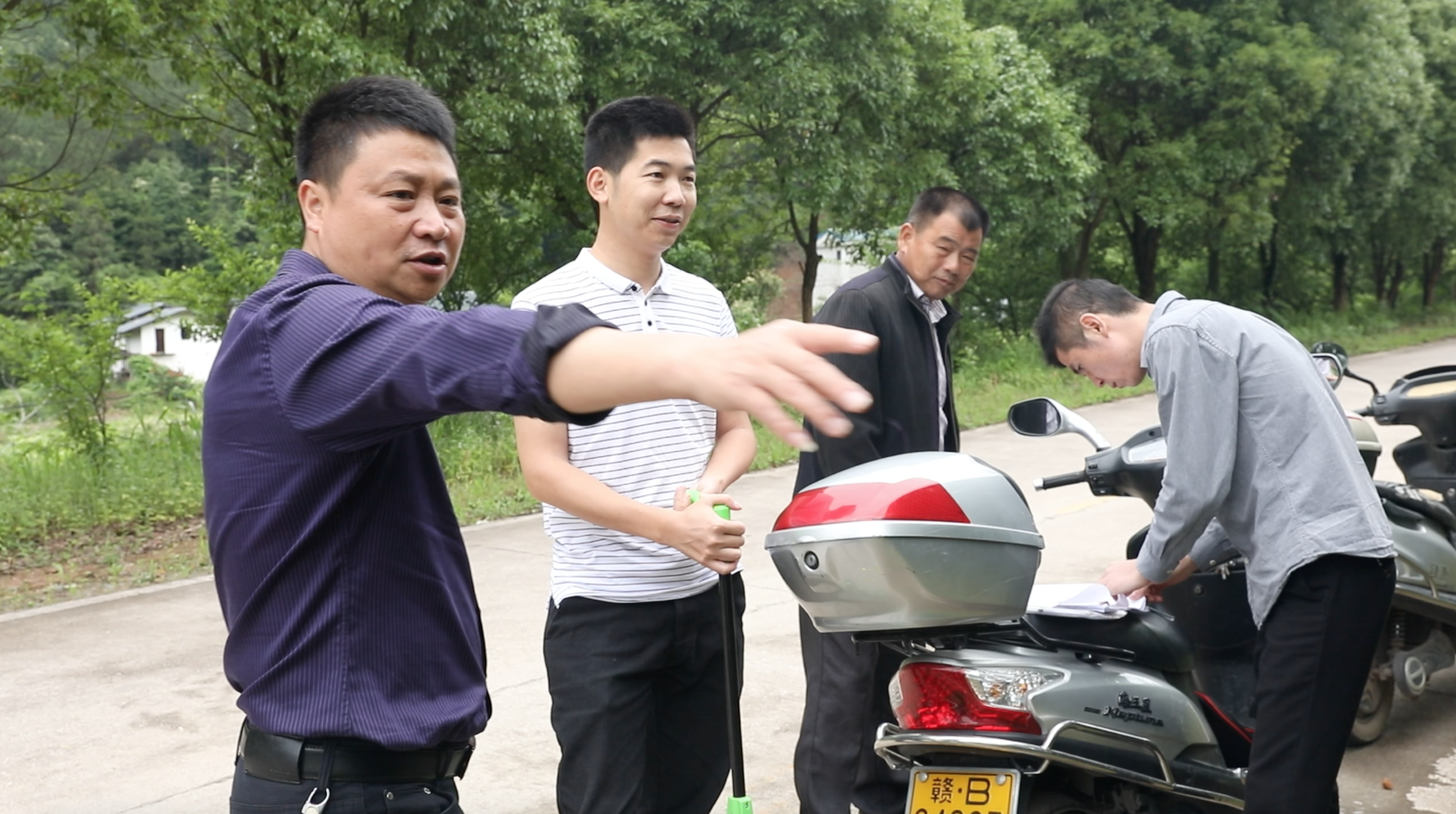 Now that all the villagers in Huawu have been lifted out of poverty, Huang Risheng is trying to make something new. The village officials plan to offer elderly residents meals for only one yuan and in-home care services. They welcome the elderly to gather together and enjoy their meals.

Huang told CGTN that "the pines that were planted represent their faith in the revolution success. The Long March sets off again. All the grassroots work starts the same way to better serve the people." 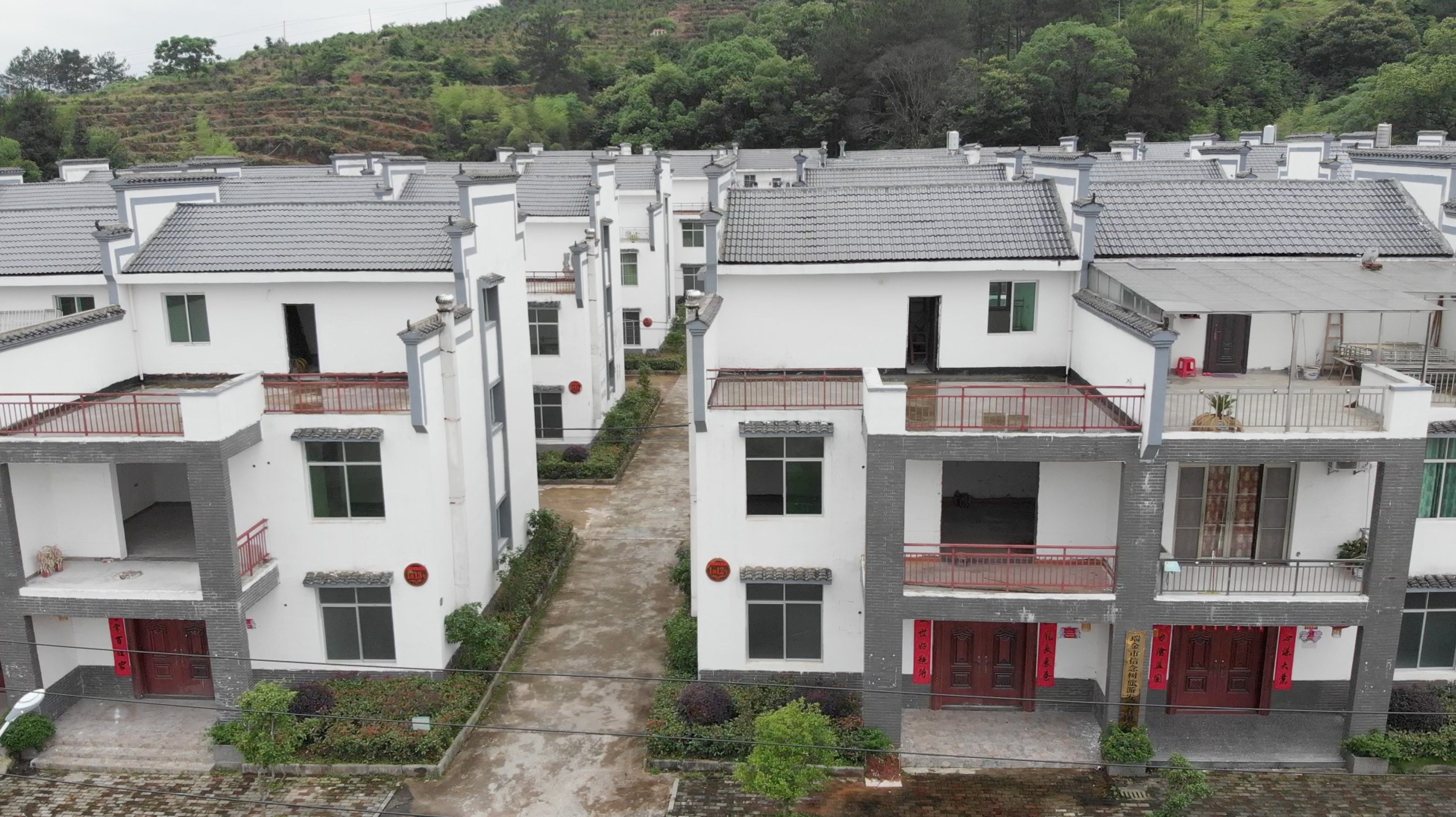