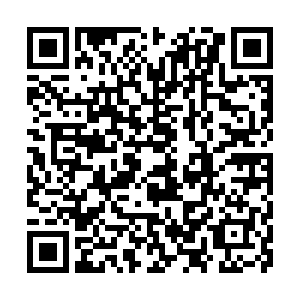 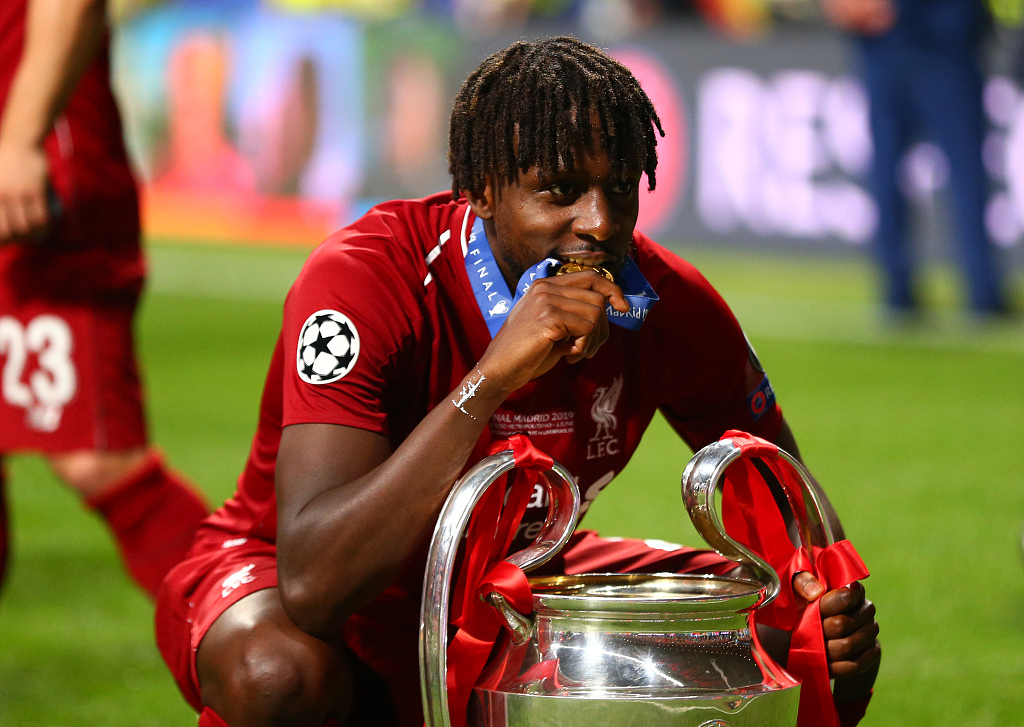 Divock Origi of Liverpool with the trophy at the end of the UEFA Champions League Final between Tottenham Hotspur and Liverpool in Madrid, Spain, June 1, 2019. /VCG Photo

Divock Origi of Liverpool with the trophy at the end of the UEFA Champions League Final between Tottenham Hotspur and Liverpool in Madrid, Spain, June 1, 2019. /VCG Photo

"Divock Origi has committed his future to Liverpool Football Club by signing a new long-term contract at Melwood today," Liverpool said in a statement without revealing details over the length of the deal.

"I always felt comfortable here. I made steps during my career... I became a man here at this club, I signed when I was 19," 24-year-old Origi said in a statement.

It also said, “We’re still young so there’s a lot of potential in the group. I’m just having fun in training and on the pitch. Those are all important factors as a player.”

Liverpool manager Jurgen Klopp said, "We wanted to sign him again, to extend the contract, and the nice thing is he wanted to as well. He realized it was a tough time (but) we never gave him up in that time." 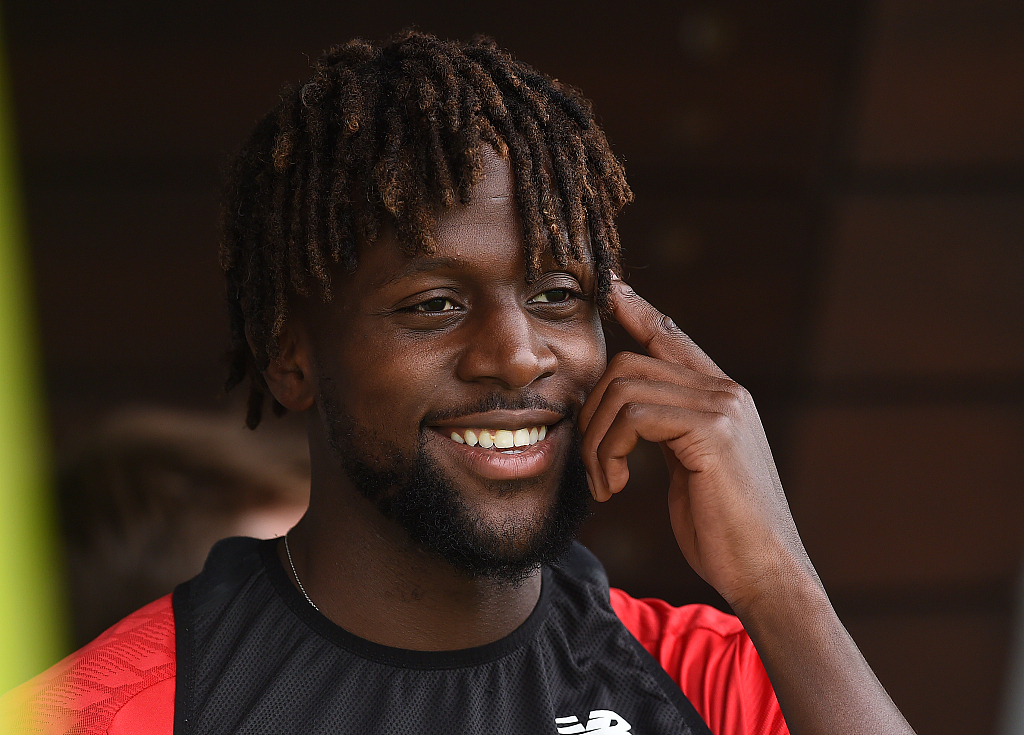 Since joining Liverpool in 2014 from Lille on a five-year deal, the Belgium international has largely been a peripheral figure at Anfield with 28 goals in 98 games.

However, he came to the fore by scoring twice in a remarkable 4-0 win over Barcelona in last season's Champions League semi-final, second leg to overturn a 3-0 first-leg deficit.

Origi then scored again in the final victory over Tottenham as Liverpool won the competition for a sixth time.

Liverpool, who missed out on the league title to Manchester City by one point last season, play Pep Guardiola’s side in the Community Shield on August 4 before they begin the new league campaign on August 9 at home to promoted Norwich City.