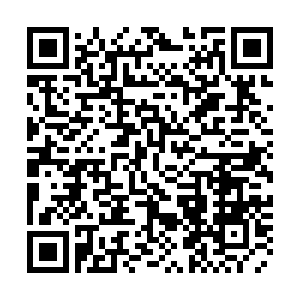 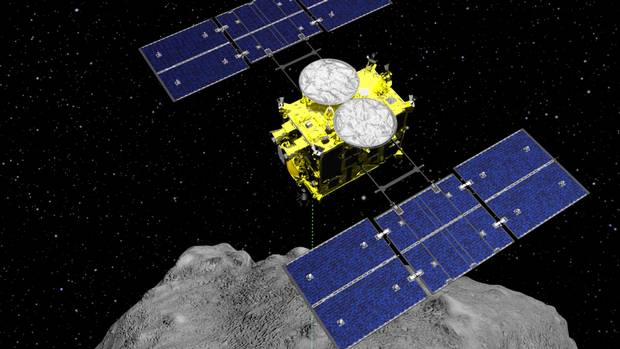 A computer graphics image of the Hayabusa2 spacecraft above the asteroid Ryugu./JAXA Photo

A computer graphics image of the Hayabusa2 spacecraft above the asteroid Ryugu./JAXA Photo

Japan's Hayabusa2 probe made a "perfect" touchdown Thursday on a distant asteroid, collecting samples from beneath the surface in an unprecedented mission that could shed light on the origins of the solar system, the Japan Aerospace Exploration Agency (JAXA) said Thursday.

"We've collected a part of the solar system's history," project manager Yuichi Tsuda said at a jubilant press conference hours after the successful landing was confirmed.

"We have never gathered sub-surface material from a celestial body further away than the Moon," he added.

"We did it and we succeeded in a world first."

The fridge-sized probe made its second landing on the asteroid around 10:30am (0130GMT), with officials from the JAXA breaking into applause and cheers as initial data suggested the touchdown had been a success.

Confirmation of the landing came only after Hayabusa2 lifted back up from the asteroid and resumed communications with the control room. 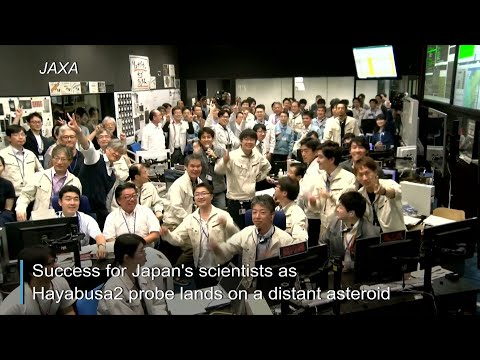 The brief landing Thursday is the second time Hayabusa2 has touched down on the desolate asteroid Ryugu, some 300 million kilometers (185 million miles) from Earth.

Ryugu, which means "Dragon Palace" in Japanese, refers to a castle at the bottom of the ocean in an ancient Japanese tale.

The complex multi-year Hayabusa2 mission has also involved sending rovers and robots down to the surface.

Thursday's touchdown was intended to collect pristine materials from beneath the surface of the asteroid that could provide insights into what the solar system was like at its birth, some 4.6 billion years ago.

To get at those crucial materials, in April an "impactor" was fired from Hayabusa2 towards Ryugu in a risky process that created a crater on the asteroid's surface and stirred up material that had not previously been exposed to the atmosphere.

Hayabusa2's first touchdown was in February, when it landed briefly on Ryugu and fired a bullet into the surface to puff up dust for collection, before blasting back to its holding position.

The second touchdown required special preparations because any problems could mean the probe would lose the precious materials already gathered during its first landing. 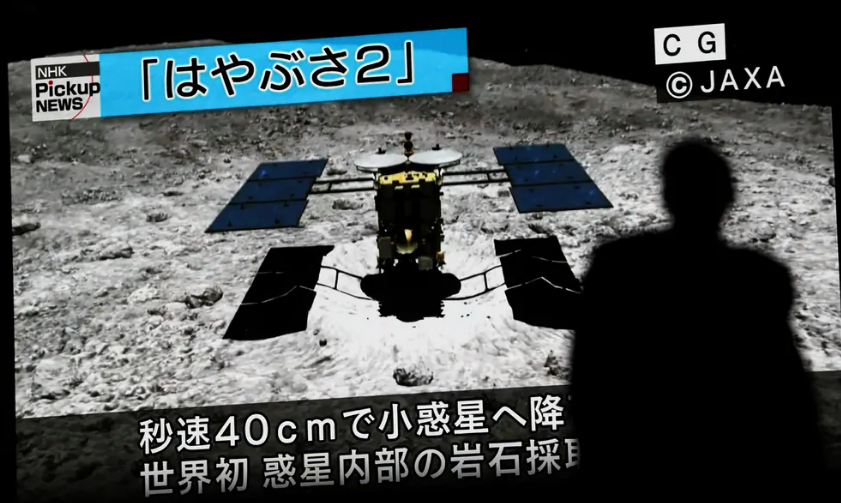 'The world is watching'

A photo of the crater taken by Hayabusa2's camera after the April blast showed that parts of the asteroid's surface are covered with materials that are "obviously different" from the rest of the surface, mission manager Makoto Yoshikawa told reporters before the latest touchdown.

Scientists are hoping the probe will have collected unidentified materials believed to be "ejecta" from the blast after landing briefly in an area some 20 meters away from the center of the crater.

"It would be safe to say that extremely attractive materials are near the crater," Tsuda said before the landing.

The touchdown is the last major part of Hayabusa2's mission, and when the probe returns to Earth next year to drop off its samples, scientists hope to learn more about the history of the solar system and even the origin of life on Earth.

The Hayabusa2 mission has attracted international attention, with Queen guitarist and astrophysicist Brian May sending a video to the probes team ahead of the landing.

"The world is watching. We love you, take care Hayabusa2," the musician told the team.

Hayabusa2 is the successor to JAXA's first asteroid explorer, Hayabusa -- Japanese for falcon, which returned with dust samples from a smaller, potato-shaped asteroid in 2010.

It was hailed as a scientific triumph despite various setbacks during its epic seven-year odyssey.

The Hayabusa2 mission was launched in December 2014, and has a price tag of around 30 billion yen (270 million U.S. dollars).