Quiz: How much do you know about pay equity in U.S. soccer?
Claudine Housen 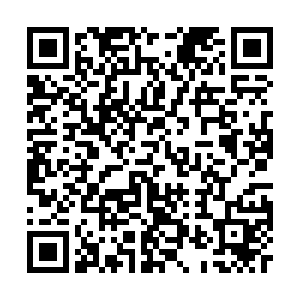 On Tuesday, U.S. Senator Joe Manchin introduced a bill that would prevent the use of federal funding for the Men's World Cup in 2026 until the U.S. Soccer Federation agrees to equal pay for both national teams.

The landmark bill is a significant step in the right direction. However, the issue of pay equity between the American men and women who play football for their country on the global stage has been on slow burn for quite some time. In fact, many would say the bill has been hard-earned by the U.S. women's national team (USWNT), who have just been crowned the 2019 FIFA Women's World Cup champions.

How familiar are you with this issue? Test your knowledge by doing the following quiz.

Quiz: How much do you know about the equal pay issue in U.S. soccer?
Read each question carefully and test your knowledge by selecting one of the four answers. 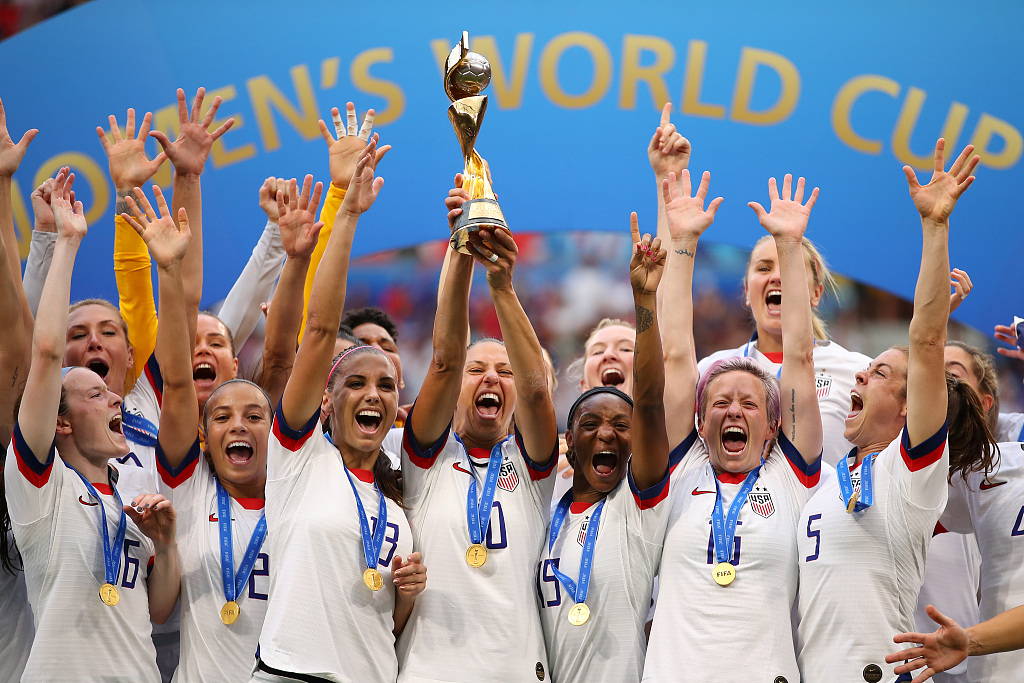 1
The pay disparity between U.S. soccer teams grabbed headlines in 2015 when it was revealed that the USWNT, the 2015 World Cup winners, earned considerably less than their male counterparts who took home a 5.4-million-U.S.-dollar bonus despite failing to pass the quarterfinals in their World Cup tournament a year earlier. How much did the USWNT make?
1 / 6
Next 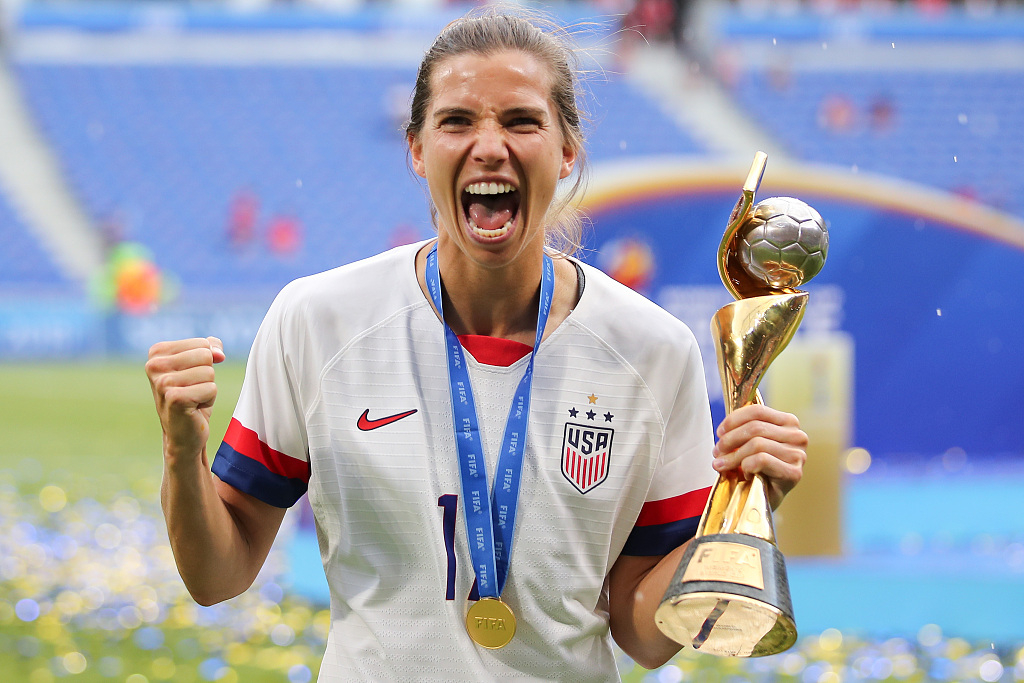 2
The July 5, 2015, World Cup title match garnered a record number of viewers to become the most-watched soccer game in U.S. television history, proving that women's football can attract a large viewership, which has been floated as one of the reasons for the pay gap between the two U.S. teams. How many viewers watched the match?
2 / 6
Next 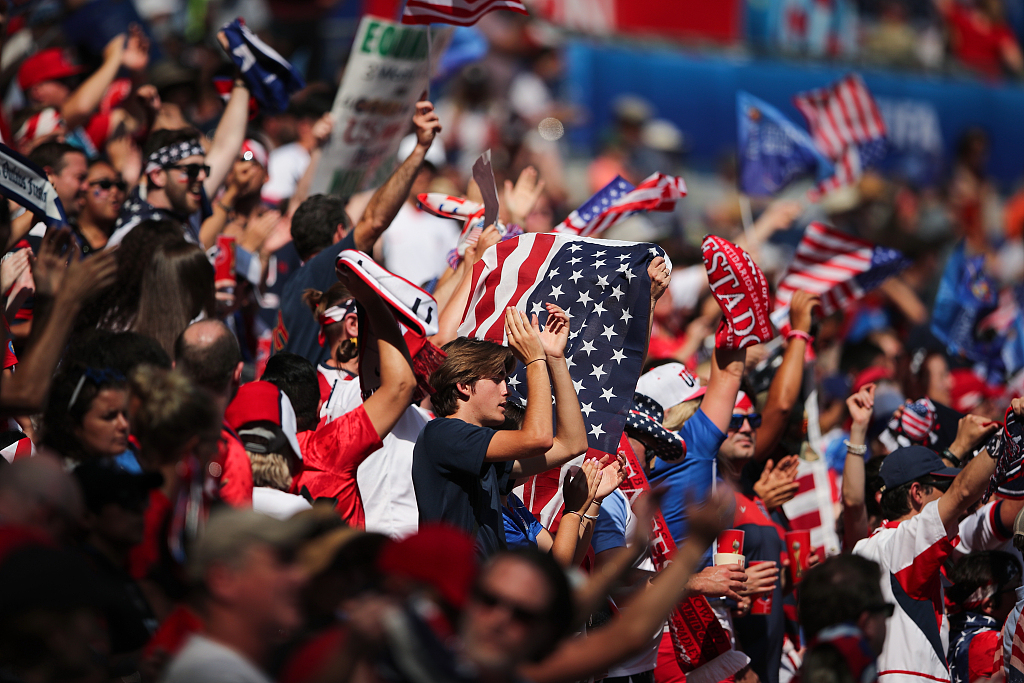 3
On Sunday, July 7, 2019, the crowd burst into chants of "equal pay" after the USWNT won their fourth title in Lyon, France. The total prize money for the 2019 women's championship was increased to 30 million U.S. dollars, double the purse awarded in 2015. But it was still notably less than the 38 million U.S. dollars their male counterparts took home in 2018. How much did the women take home in 2019?
3 / 6
Next 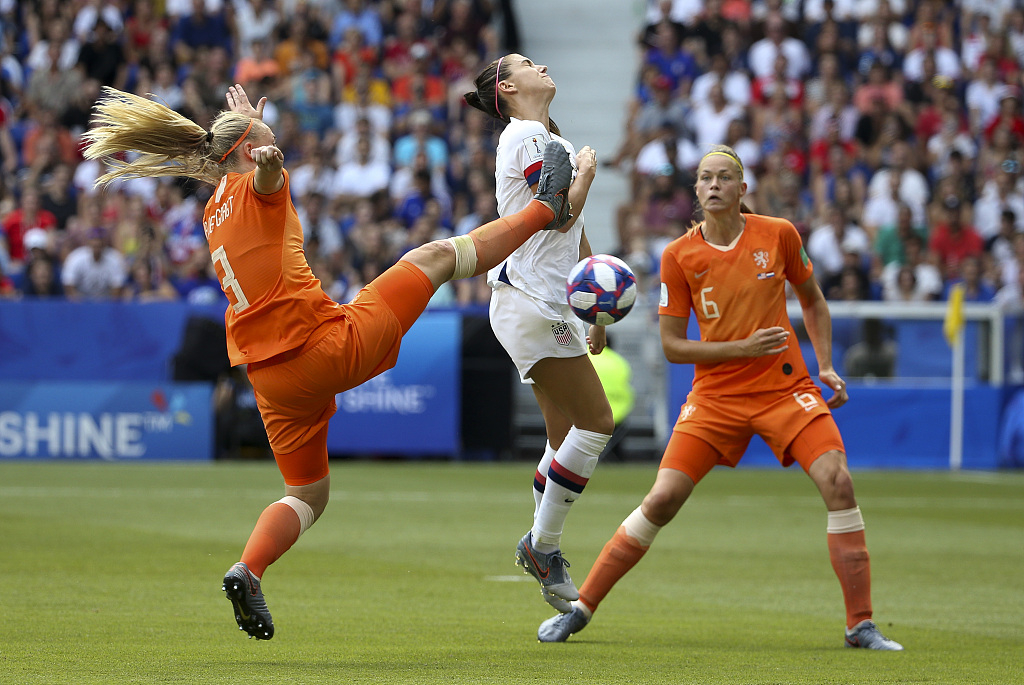 4
"The clear inequitable pay between the U.S. men's and women's soccer teams is unacceptable and I'm glad the U.S. Women's Soccer Team latest victory is causing public outcry. They are the best in the world and deserve to be paid accordingly," U.S. Senator Joe Manchin said in a statement. How many members of Congress have written to the U.S. soccer president calling for the pay gap to be remedied?
4 / 6
Next 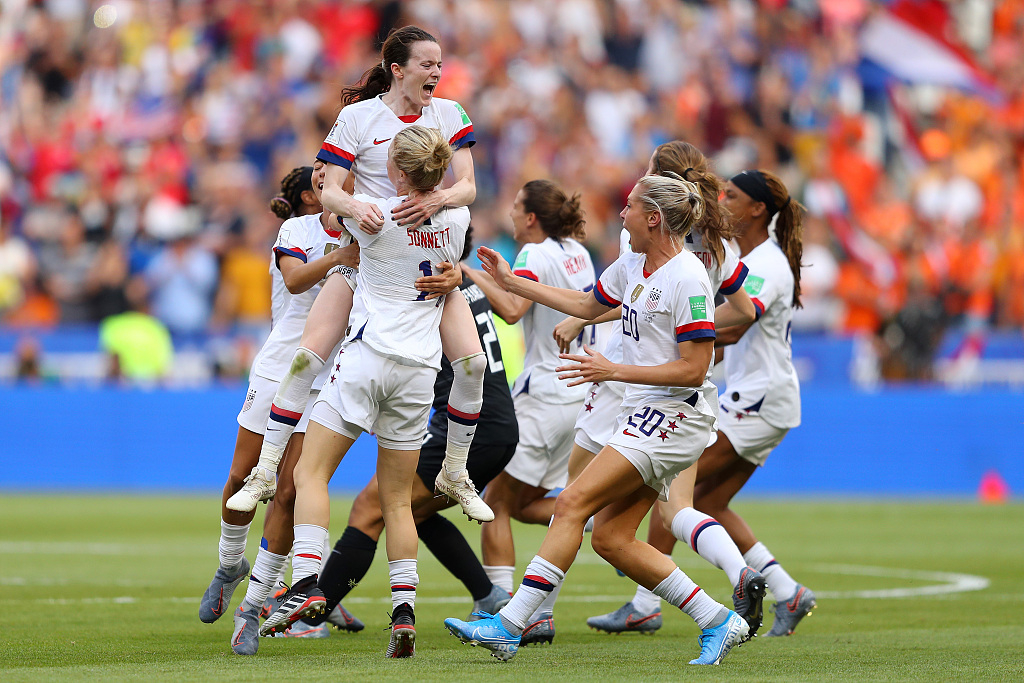 5
Earlier this year, 28 members of the U.S. women's national team filed a 25-page lawsuit against the U.S. Soccer Federation, accusing the body of gender discrimination. When did they file the lawsuit?
5 / 6
Next 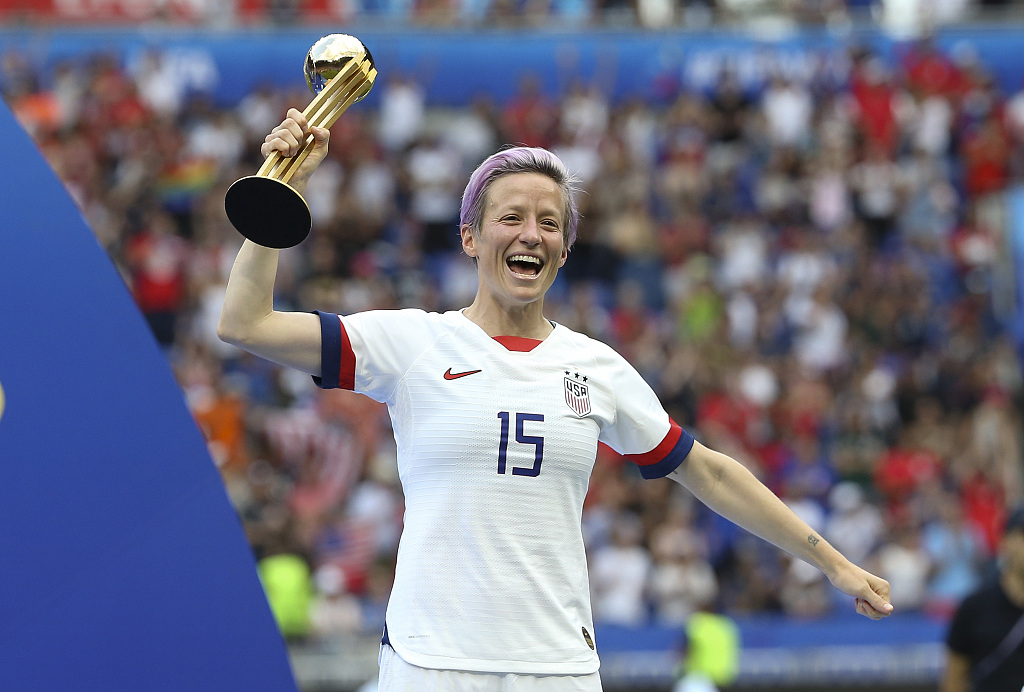 6
The issue of equal pay is also gaining traction within the private sector. Adidas announced in March that its sponsored players on the winning 2019 FIFA Women's World Cup team would receive the same performance bonus as their male counterparts. However, one company took it a step further and pledged to ensure that each member of the U.S. women's national team receives the same roster bonus awarded to their male counterparts for earning a spot on the World Cup roster. What is the name of the company, and how much did each player receive?
6 / 6
Next
Correct
Wrong