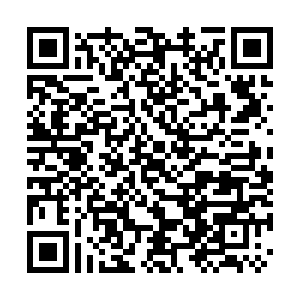 Through structural reforms and consumption upgrading, China's economy has sailed away from its reliance on trade and heavy investment. For the past five years, consumption has been the main driving force for China's economic development, with domestic consumption providing a steady support for growth.

During the first quarter of 2019, China's GDP managed a growth rate of 6.4 percent, with consumption accounting for 65.1 percent of total growth. 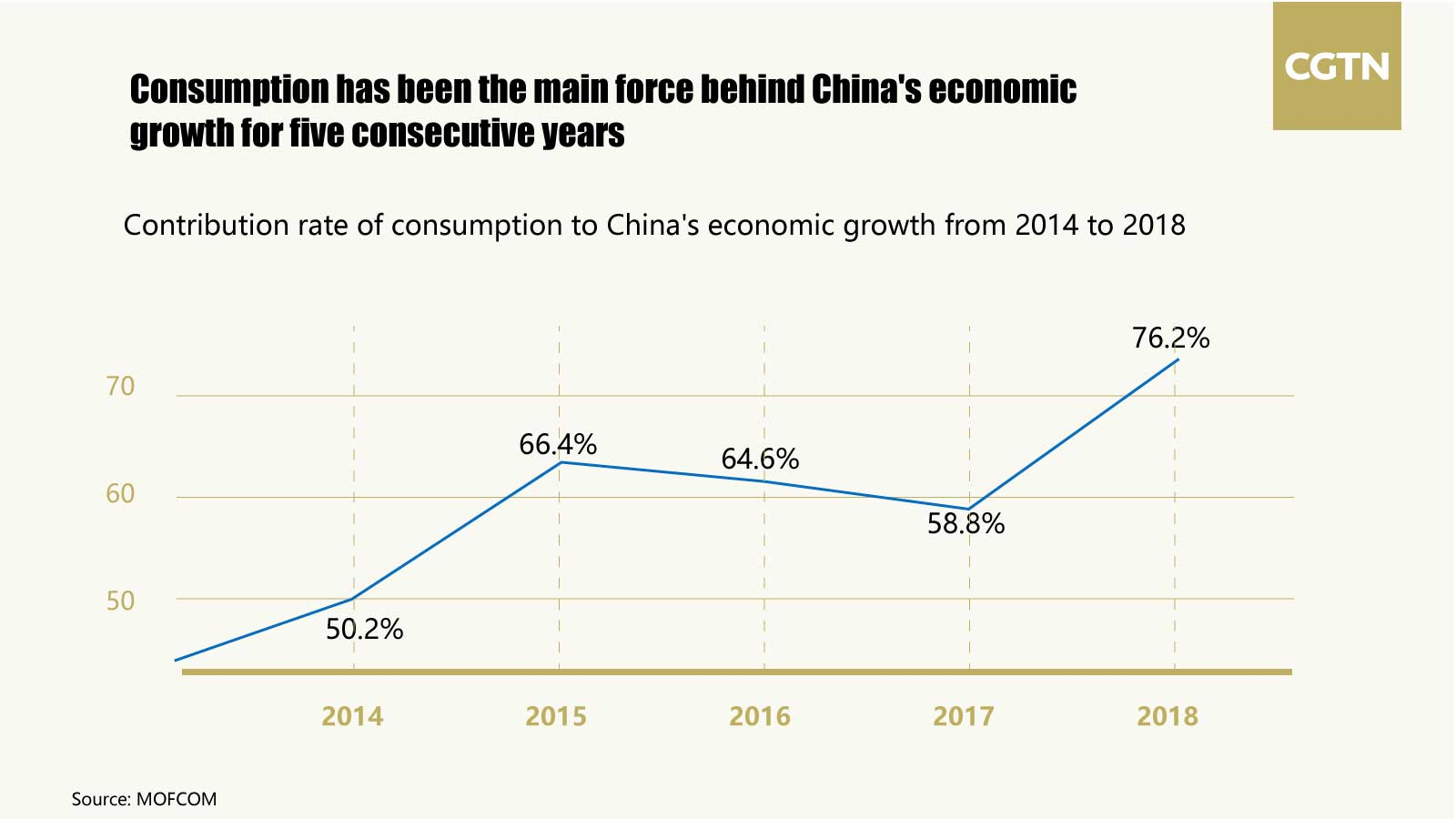 Consumption has been driving China's economic growth since 2014. /CGTN infographic

Consumption has been driving China's economic growth since 2014. /CGTN infographic

Consumption in the service sector is expanding rapidly, growing by 11.9 percent in the first quarter of this year.

This trend is driven by an increase in Chinese people's disposable income and the expansion of the country's middle class.

The national average disposable income in China reached 8,493 yuan (1,234 U.S. dollars) in the first quarter of this year, up 8.7 percent year-on-year. The increase can be attributed to the introduction of specific additional tax deductions as part of the country's individual tax reform that came into effect at the beginning of the year. Consumption in China is expected to reach at least 6.1 trillion U.S. dollars by 2021. /CGTN Infographic

Consumption in China is expected to reach at least 6.1 trillion U.S. dollars by 2021. /CGTN Infographic

China's reform and opening-up policy has provided support for the middle class, estimated at around 400 million people with a monthly disposable income between 12,000 yuan (1,700 U.S. dollars) and 22,000 yuan (3,200 U.S. dollars). They, along with the country's wealthy (with a disposable income above 22,000 yuan per month), contribute 75 percent of consumption growth, according to a report by consulting firm Boston Consulting Group (BCG) last November.

As China continues to optimize its economic structure, the service sector is expected to continue its development, while the urban-rural divide will narrow, according to the BCG report.

Even as China's economic growth momentum slows down now that the country has shifted to high-quality growth, China is still one of the fastest-growing consumption markets, the report indicated.