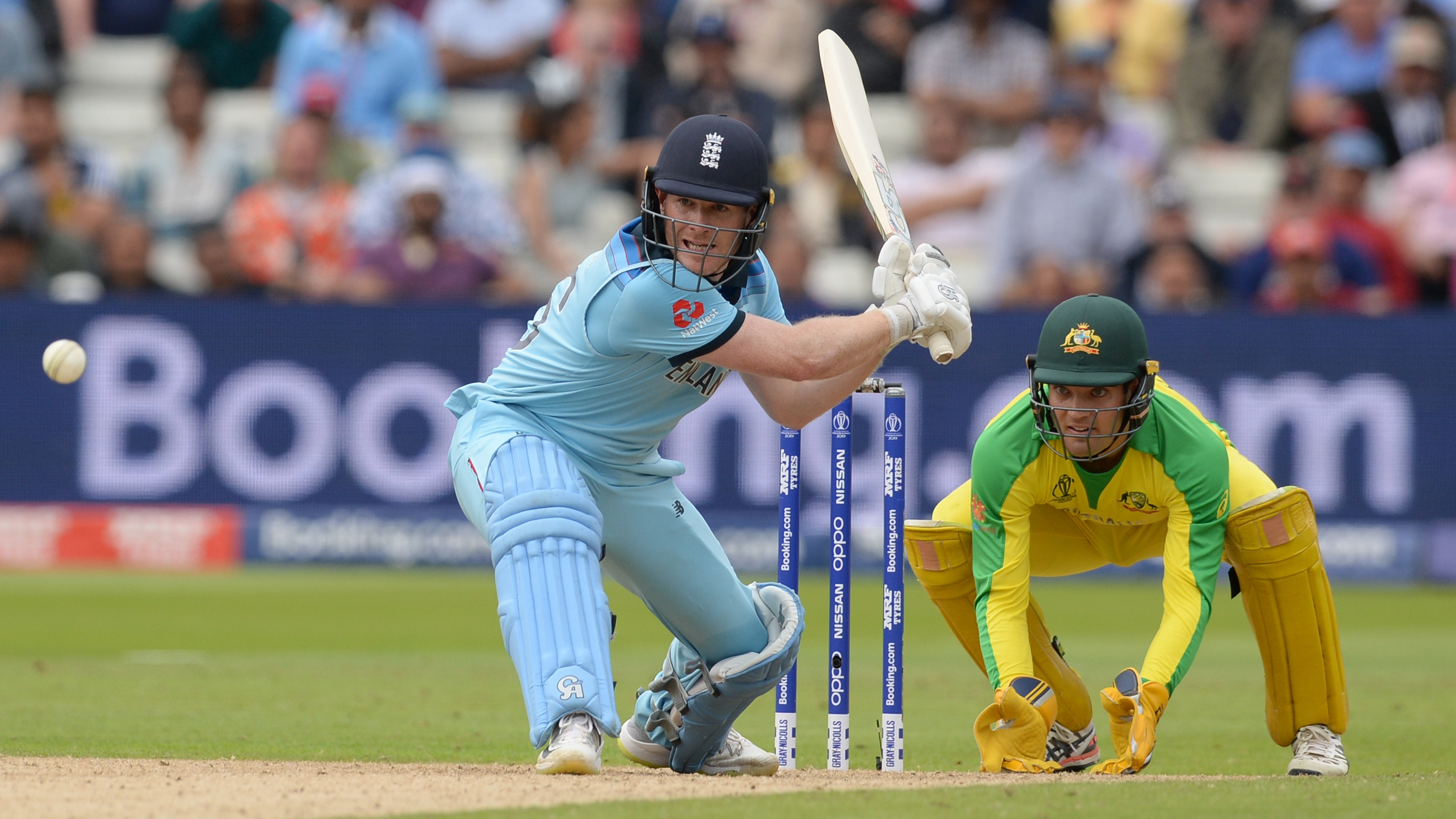 Continuing their resurgent form, hosts England have stormed into their first World Cup final in 27 years after their emphatic 8-wicket victory over defending champions Australia at Edgbaston on Thursday.

As a result of the ouster of the five-time former champions Australia and two-time former champions India in the last four stage, the 2019 ICC Cricket World Cup will see a new champion when the home side will take on previously uncrowned New Zealand at the iconic Lord's cricket ground in London on July 14.

Earlier, playing in front of a partisan home crowd, England, who were losing finalists in 1979, 1987 and 1992, dominated the high-voltage semifinal clash from the word go as their bowlers came out firing on all cylinders against the Kangaroos, who slaughtered the host country during their group league face-off.

However, it was just another day and a resolute England had turned the screw on the formidable Australian batting line up early in the innings after reducing them to 14 for 3.

Riding high on their early breakthroughs, the English bowlers continued to choke the Aussie batsmen and eventually bowled them out for 223.

Former skipper and batting mainstay Steve Smith was the only Australian batsman who put up a strong fight before running himself out for 85. For England, paceman Chris Woakes and spinner Adil Rashid bagged 3 wickets apiece.

Chasing a moderate target, the in-form England openers, Jason Roy and Jonny Bairstow gave a steady and solid start to their side and put together a 124-run partnership for the opening wicket.

But once Roy perished after hitting a power-packed 85 and Bairstow fell for 34, English batting mainstays Joe Root and Captain Eoin Morgan thwarted the Australian bowling attack to help their side clinch an easy win.

Root was unbeaten on 49 while Morgan chipped in with a match-winning 45 not out.

Fiery Australian pace spearhead Mitchell Starc's dismissal of Bairstow made him the highest wicket-taker in a single World Cup with 27 scalps as he surpassed fellow countryman Glenn McGrath’s earlier record tally of 26 wickets in 2007. 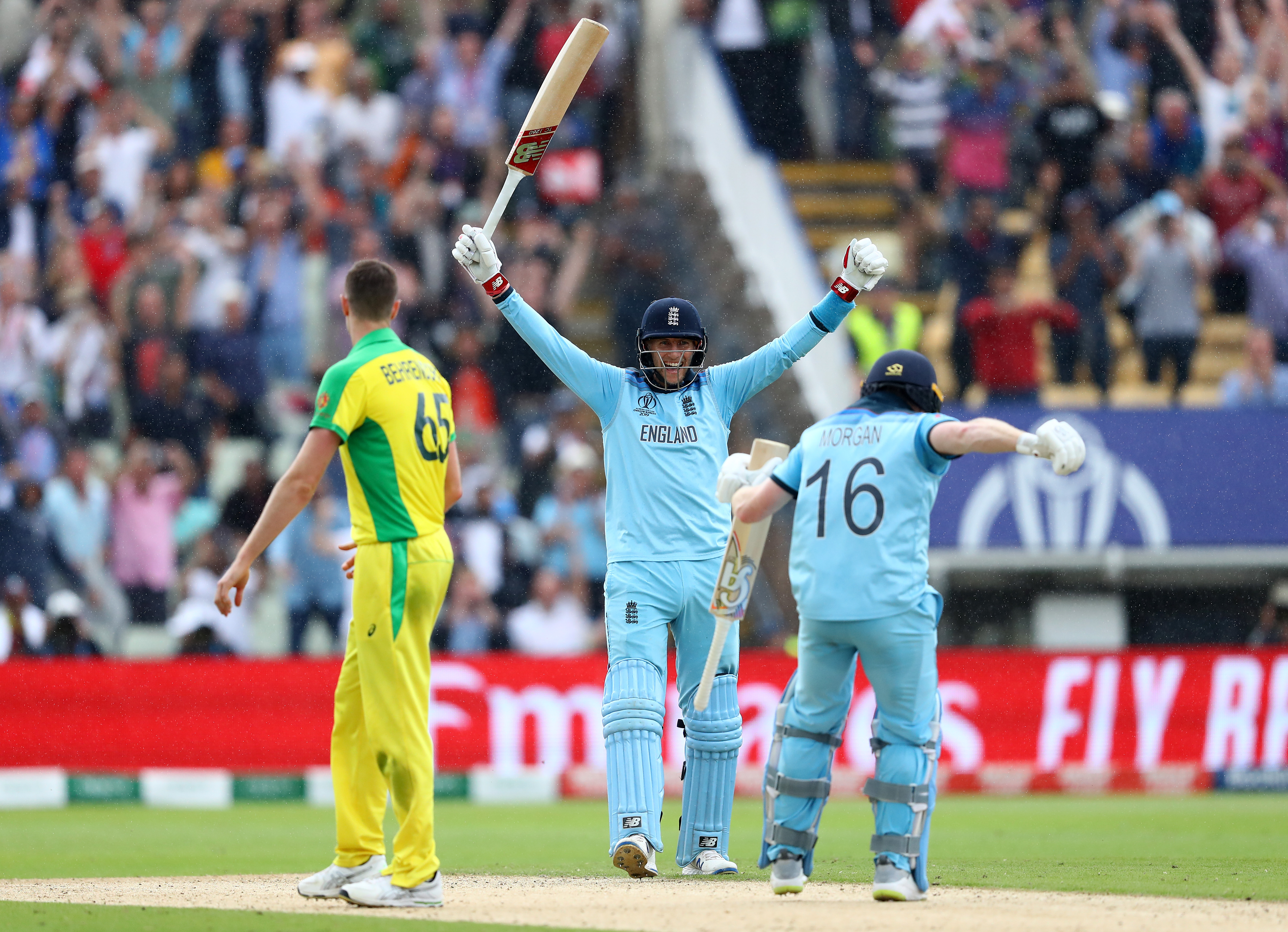 Morgan admitted after the remarkable victory, "If you told me after the last World Cup that we'd reach the final I wouldn't have believed you.

"It sums up how far we have come in the last four years. Everyone should take a huge amount of credit.

"Today was close to a perfect performance. Chris Woakes and Jofra Archer bowled a hell of a spell. This final is a huge opportunity for us," he added.

Meanwhile, his Australian counterpart Aaron Finch conceded, "We were totally outplayed today. We expected the new ball to seam a little but they bowled a great length, hitting the stumps a lot.

"We came here thinking we could win the tournament. We've had backs to the wall. I'm proud of how the group have progressed but it still hurts."

While now hot favorite England are three-time losing finalists, the underdog Black Caps were the previous edition’s finalist and both sides will leave no stone unturned to give a final shot at their elusive silverware.

Come Sunday and the coveted cup is either coming home or once again taking a voyage to the southern hemisphere.

But Joe Root (49 not out) and Morgan (45 not out) finished the job as the crowd chanted "Cricket's coming home." Earlier, England paceman Woakes and spinner Adil Rashid each took three wickets.

Woakes, voted man of the match for his lethal spell of 3-20, struck twice early on as Australia slumped to 14-3 after winning the toss.

Australia's prolific opening pair of David Warner and Finch, as well as Peter Handscomb, were all back in the pavilion by the seventh over.

Warner, who like Smith walked out to boos because of his role in the ball-tampering scandal, returned to even louder cat-calls after being dismissed for nine.

Smith and Alex Carey steadied the innings with a fourth-wicket stand of 103 but wickets tumbled at regular intervals and Australia were unable to halt England's sprint to the final.